The goal of Harley-Davidson's engineers for the entire 2009 "Bagger" -- or Touring -- platform bike lineup was to "Change everything, but lose nothing." 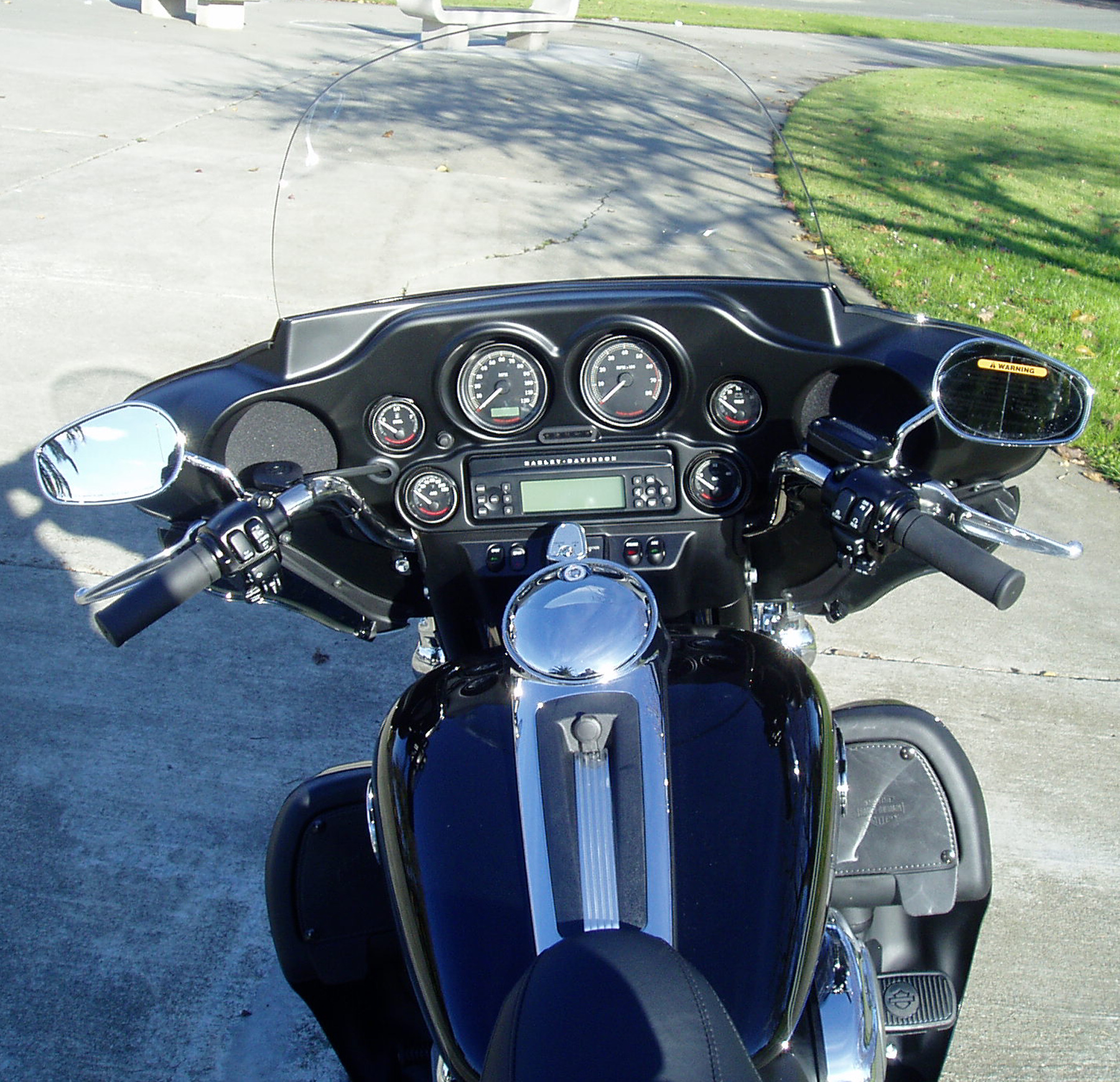 The initial focus was on the chassis. Replacing stamped and welded parts (many of which were pre-bent) with stronger castings and forgings resulted in producing the new, single-spar, rigid backbone frame with basically half the parts, along with 50 percent less weld length than the previous chassis.

More good news for the top of the Bagger line is the capability of carrying 15 pounds of additional gear: 5 pounds more in each side bag and 5 extra pounds in the Tour-Pak. The GVWR has also been increased by 101 pounds. The engine mounting system was upgraded to a four-point isolation system, which aided in improving chassis stiffness without diminishing vibration damping.

Over and above the chassis improvements, the engine improvements are readily noticed as well. The Twin-Cam 96 cranks out more torque at a lower rpm than the old Twin-Cam 88 motor: now 93 lb.-ft. at 3,000 rpm compared to the old 86 lb.-ft. at 3,500 rpm. 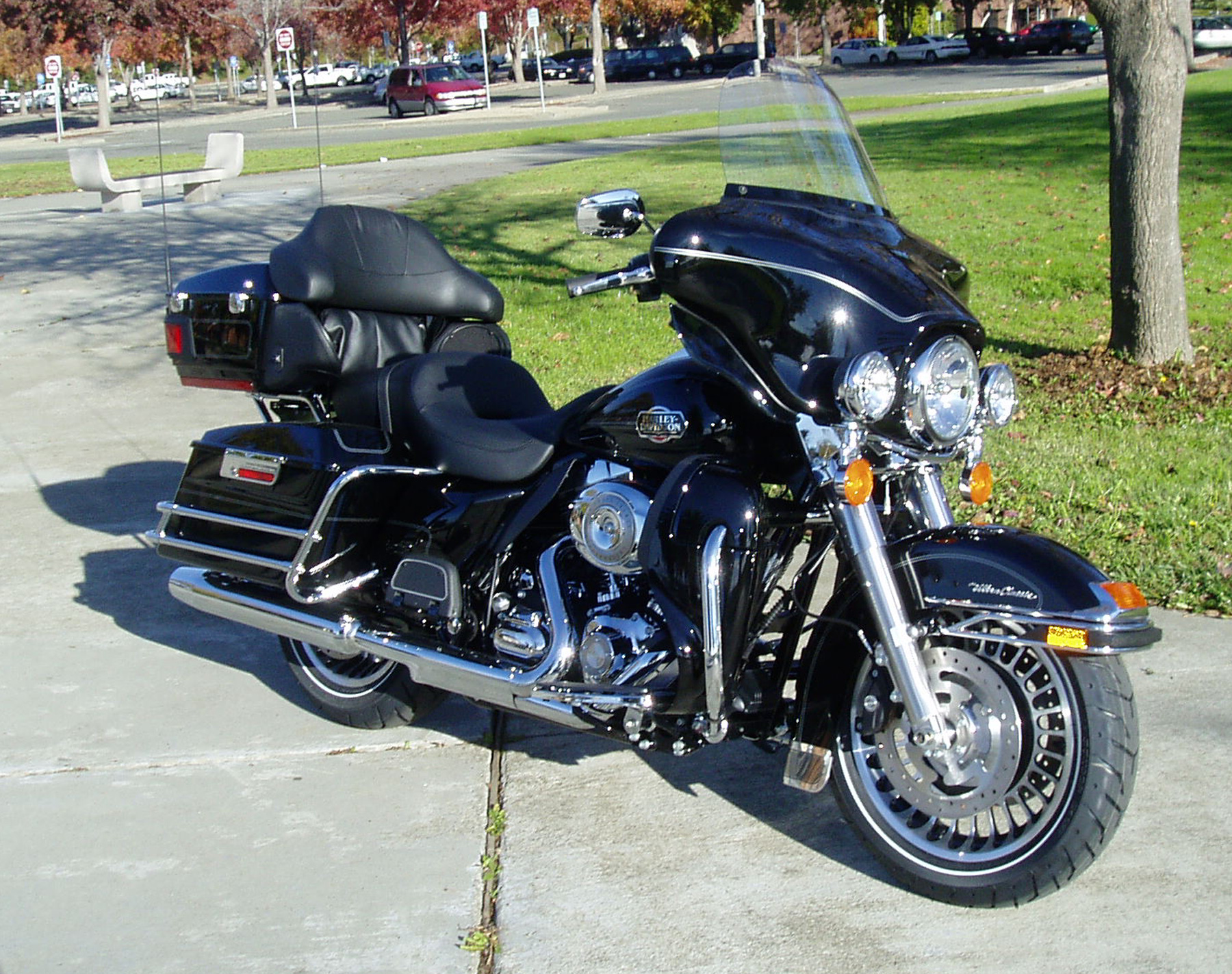 The transmission added a sixth gear with the 6-speed Cruise Drive manual gearbox for reduced rpm at highway cruising speeds. Cruising at 75 mph (where allowed of course) dropped the top gear revs from 3,227 rpm to 2,859 rpm compared to the earlier 5-speed box.

Electronic throttle control is another plus over the old cable system. Suspension componentry is basically the same as before, with dual 41.30 mm telescopic, cartridge-style damping forks with 4.60 inches of travel up front and the traditional swingarm with air-adjustable shocks and 3 inches of travel in the rear.

Riding comfort was increased by routing the exhaust system beneath the frame rather than under the seat, which moves the engine heat away from the rider's thigh and the passenger's foot. Additional cooling comes from louvers that redirect airflow along with a rider-activated, rear-cylinder cut-off for parade-speed or long idle situations.

Charging capacity has been increased to better handle the added demands made by grips and seat, advanced audio system, GPS and more, and aside from the exhaust routing and the rear profile of the new Ultra Classic, it's difficult to discern any substantial differences in visual appeal between the 2009 model and earlier versions.

The rear wheel and tire are now wider as well. Overall dry weight is now 64 pounds more than before and the lean angle for both sides is improved. Instrumentation is now more definitive and complete with added functions. 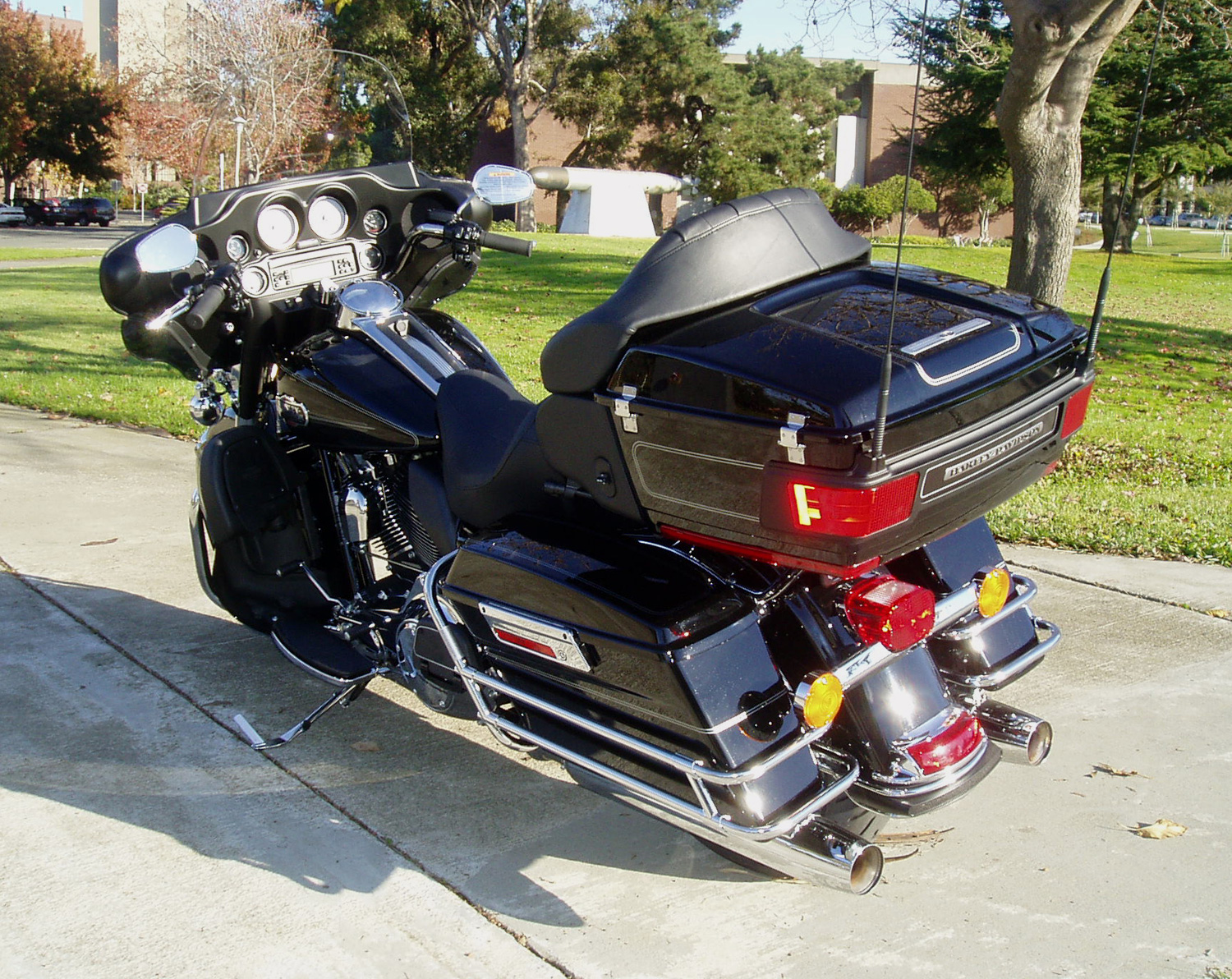 My test 2009 Harley FLHTCU Ultra-Classic Electra Glide was finished in Black with Silver striping. The base price was set at $20,999. Riding the 2009 Ultra Classic renders a vastly improved feeling of control across the board. It seems better balanced in tight, slow speed maneuvers, shifts more smoothly up and down through the gears, delivers better, more responsive acceleration over a broader torque curve with less engine effort and brakes exceptionally well.

The increase in lean angles allows for higher speed turns with greater agility and the additional cargo capacity provides for more gear on longer road trips. The extra gallon of fuel over earlier models improves the bike's range -- another plus for extended rides.

The 2009 FLHTCU Ultra Classic is unquestionably the most expensive bike in Harley's production Touring stable, but it's also the most comfortable for two-up, cross-country adventures, with more convenience features as standard fare, and the capability of adding more to a ride that boasts of a timeless visual appeal.