Kawasaki Versys: A Bike For All Reasons

Kawasaki's Versys is a bike that is capable of fulfilling many roles. It is essentially a motorcycle that offers the versatility to ride 24/7. It is an ideal bike for all types of riding including daily gridlock commuting, weekend rides, running one's favorite canyon or back country roads, or for extended tours. 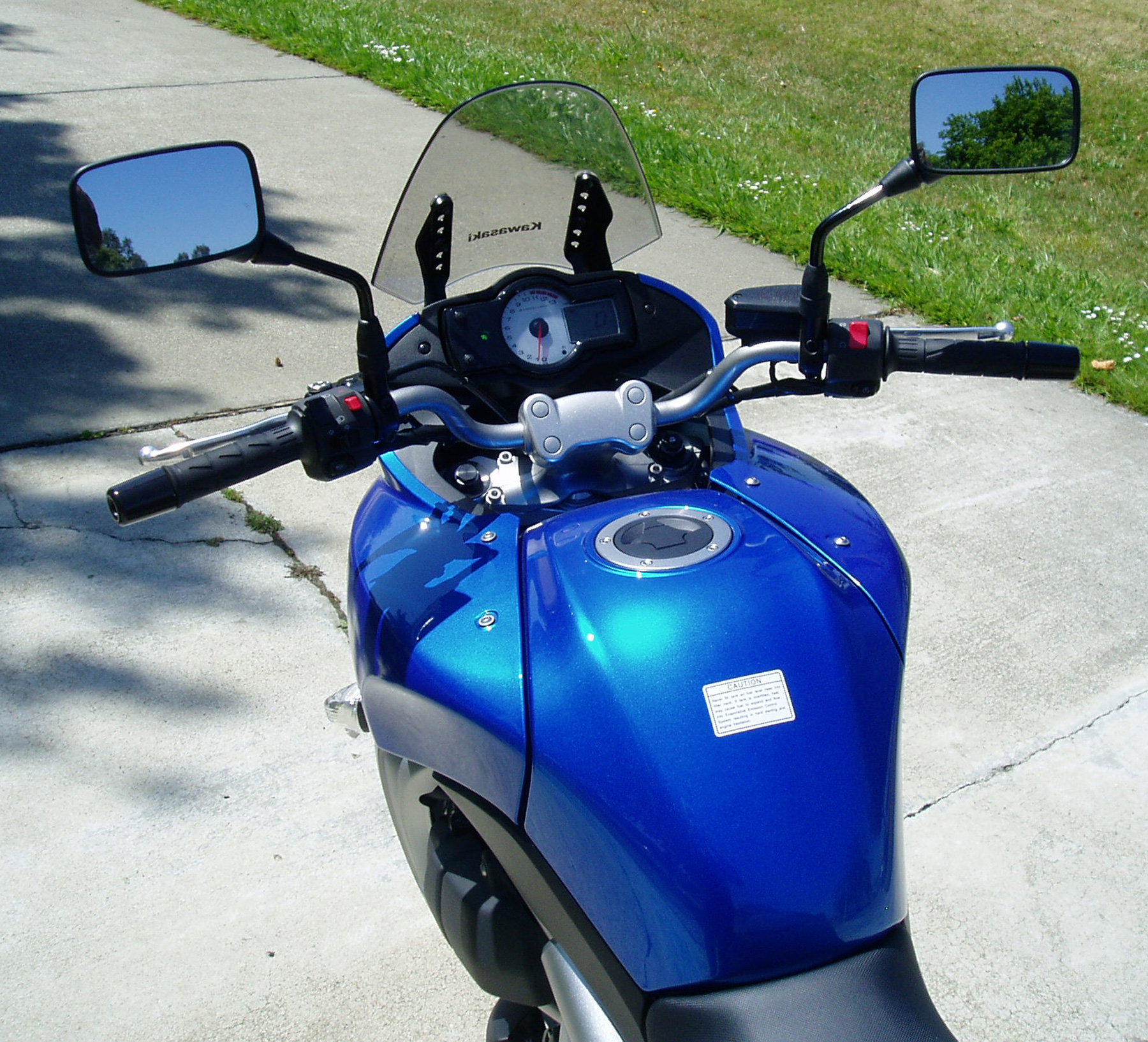 The Versys is difficult, if not impossible to categorize properly. It simply doesn't fit specifically into one singular category. It is truly a bike that is capable of doing nearly everything in a satisfactory manner.

To achieve this level of functionality, Kawasaki's engineers turned to their already rider-friendly Ninja 650 sportbike not only for inspiration, but as a platform for the Versys, utilizing the Ninja's 649cc four-stroke, liquid cooled, DOHC, 8-valve, parallel twin, which delivers 44.9 lb.-ft. of torque at 6,800 rpm. Power reaches the rear wheel via a six-speed sequential manual gearbox, with an O-ring chain final drive.

The Versys' engine is powerful and lively enough for advanced, more experienced riders, while at the same time being civil and predictable enough for entry-level or novice motorcyclists. 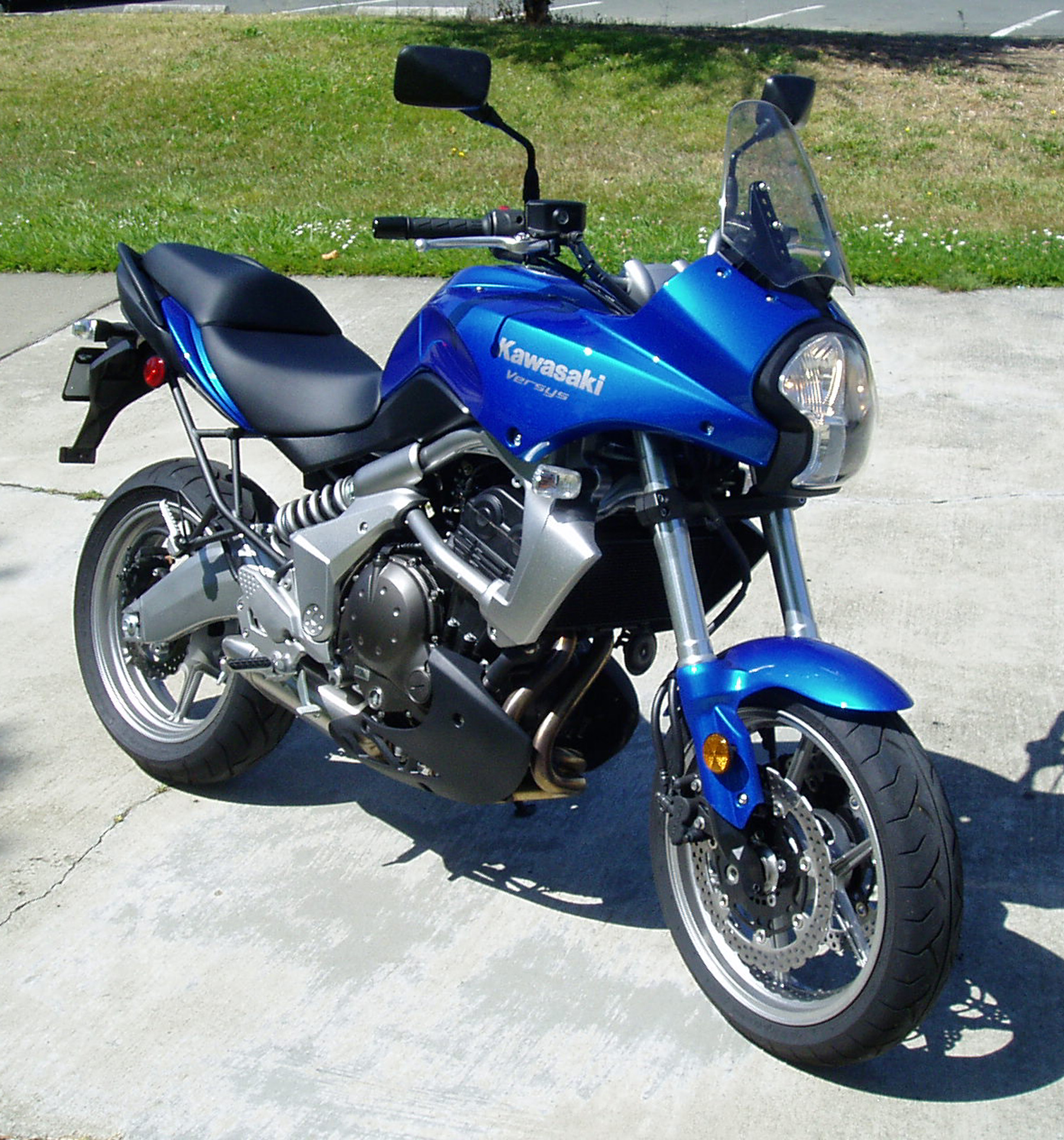 Modifications were made that allow the Versys to deliver smooth power early on for spirited off-the-line acceleration, along with sufficient torque response across a broad range, suited to the commute environment while still achieving impressive fuel economy.

The suspension componentry consists of an advanced Showa shock in the rear that utilizes a free piston and two-stage damping valves for progressive compression damping, which firms up appreciably as the shock moves through its stroke, allowing wheel travel similar to a dual sport bike, that is initially soft, but that then firms to nearly the level of a sportbike as suspension loads increase. The shock attaches to the extended aluminum gull-wing swingarm.

Up front, the suspension is equally high-tech, with fully adjustable, 41mm inverted, tapered-tube forks that blend both off-road and sportbike action for a more comfortable ride quality in either type of riding scenario. The smoothness of the suspension is further enhanced by the stepped seat that provides optimum comfort for both rider and passenger.

My test Versys came with a base price of $7,099. The Versys may be a bit tall in the saddle with its 33.1-inch seat height, but once on board the ride more than makes up for any mounting difficulty.

Acceleration comes at a pleasing rate across the broad torque range, but is not raw or overwhelming. The smoothness is most impressive, and the bike's balance, coupled with the suspension compliance, makes for a satisfying and comfortable ride. Handling and braking are equally proficient.

The Versys from Kawasaki is a "no-brainer" for the rider who can only afford one bike but wants two and is faced with choosing between an off-road or sportbike; it adequately fills several bills with gusto and an affordable price tag. Not only that, it is pleasing to the eye as well.