See the Country this Summer in a Grand Touring Motorcycle

If you've ever had the urge to hit the road to take in the sights, sounds and historical locations while touring our glorious continent, but you're unable to foot the bill for a humongous motor home, then consider a way of travel that provides a lofty level of comfort, along with an elevated sense of freedom and adventure blended into a much more compact package that's considerably easier to maneuver and to park. 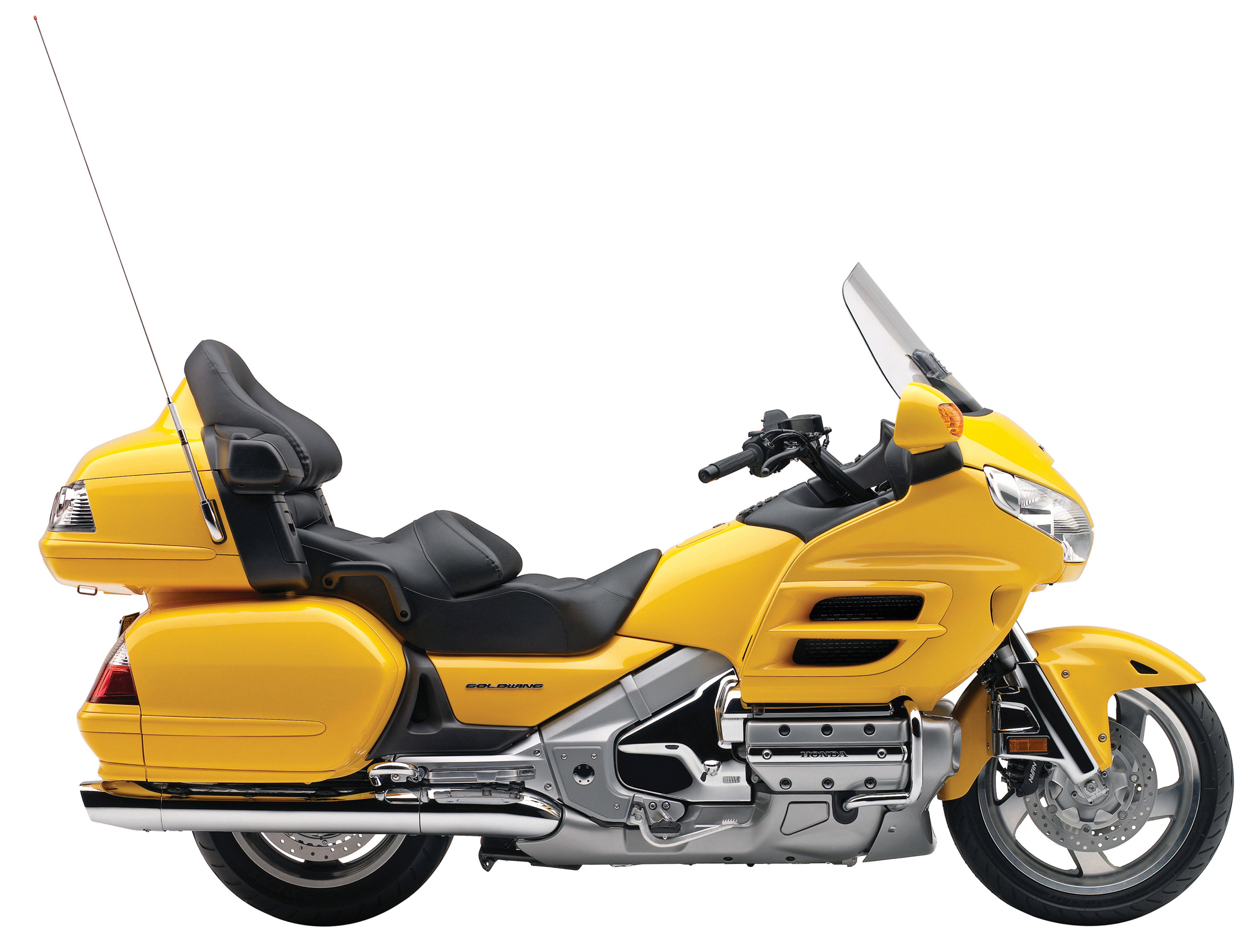 Honda's iconic Gold Wing has been around for years and has progressively evolved to become what is unquestionably the ultimate touring motorcycle on the road today. The Gold Wing is really big -- no make that huge -- almost to the point of being intimidating. It tips the scale at 928 pounds with all options and fluids ready to roll. It's also not inexpensive, but as with everything else in life, you get what you pay for. The Gold Wing begins pricing at $22,899 and climbs to $27,999 for the model with all available options.

The Gold Wing is an extremely attractive bike that's loaded with thoughtful touches and features, all of which have progressively improved from one model year to the next. The latest iteration is reflective of what the serious bike tourer would look for in a cross-country cruiser. It doesn't try to imitate other popular cruising motorcycles, but rather marches to its own beat. In terms of its styling, it is futuristic in its approach to motorcycle design, with a contemporary metric flavor - in essence, it is like no other touring bike on the road today. 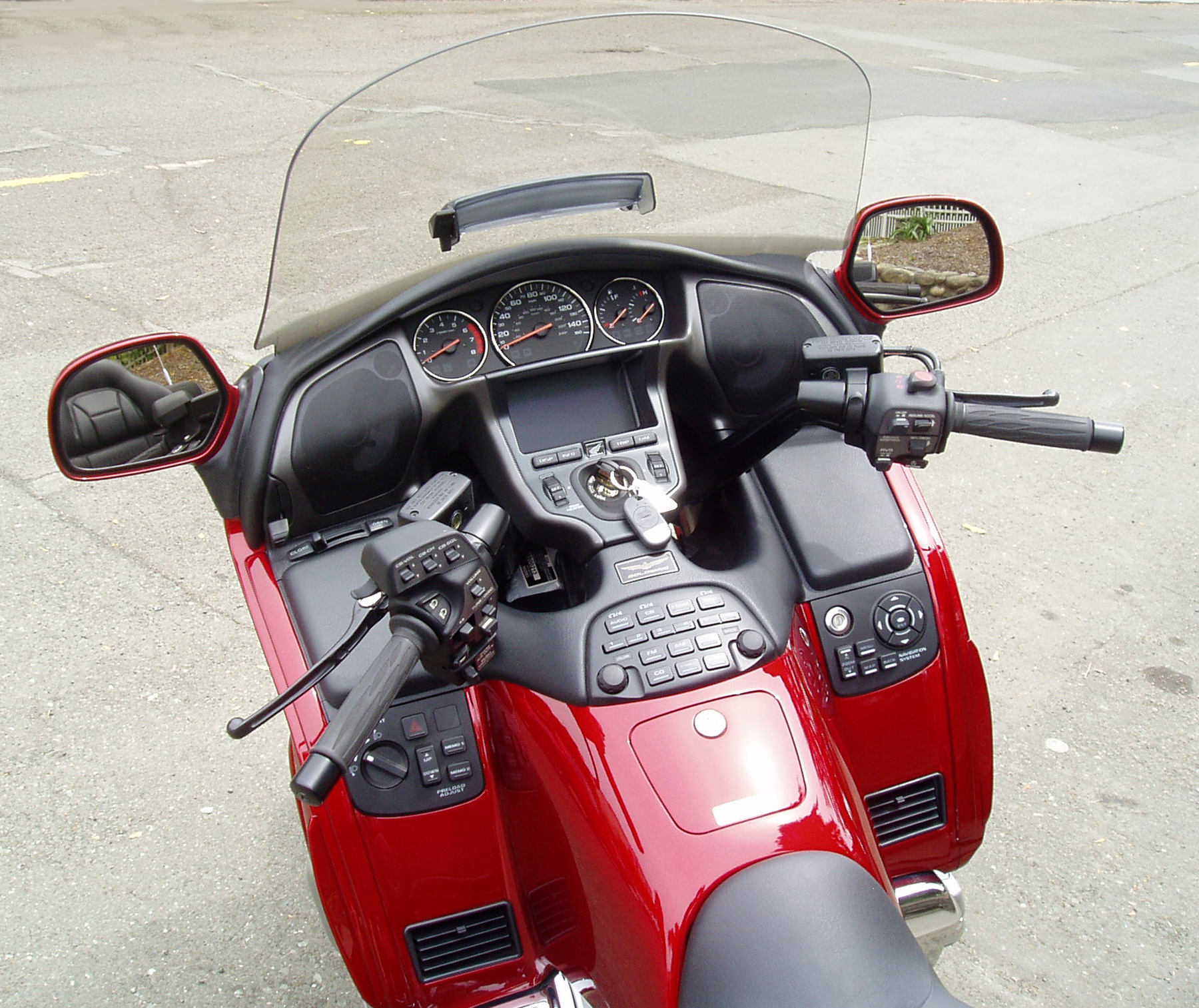 My test 2010 Honda Gold Wing was finished in metallic red with black, chrome and silver trim and accessories. If you're a rider that relishes long road trips, the Gold Wing can be loaded up with all the bells and whistles to make your journey a pleasant and comfortable one. The riding position is upright with mid-located foot controls, with all switchgear conveniently located.

Toggle and rocker switches, as well as pushbuttons for various functions are easily operable with gloves on. Pegs are provided for the rider, while the passenger has folding floorboards. The bars are positioned for optimum control.

The one-piece seat is sculpted to give the rider lumbar support and is long enough to give the passenger enough space to avoid crowding the rider. Incidentally, the electronic rear suspension adjustment smoothes the ride compliance according to payload and features memory settings. The height adjustable windshield allows riders of varying heights to properly control air flow, and has a louvered vent near its base for fresh air without buffeting.

The built-in navigation screen is legible even in bright sunlight and has a split-screen feature that can display information for more than one function. There are also dual trip meters, a temperature readout and digital clock.

The 2010 Honda Gold Wing is dream for cruising about town, or for touring the open road. Low speed or stationary balance might possibly be an issue for some riders, especially when stopping on an incline. 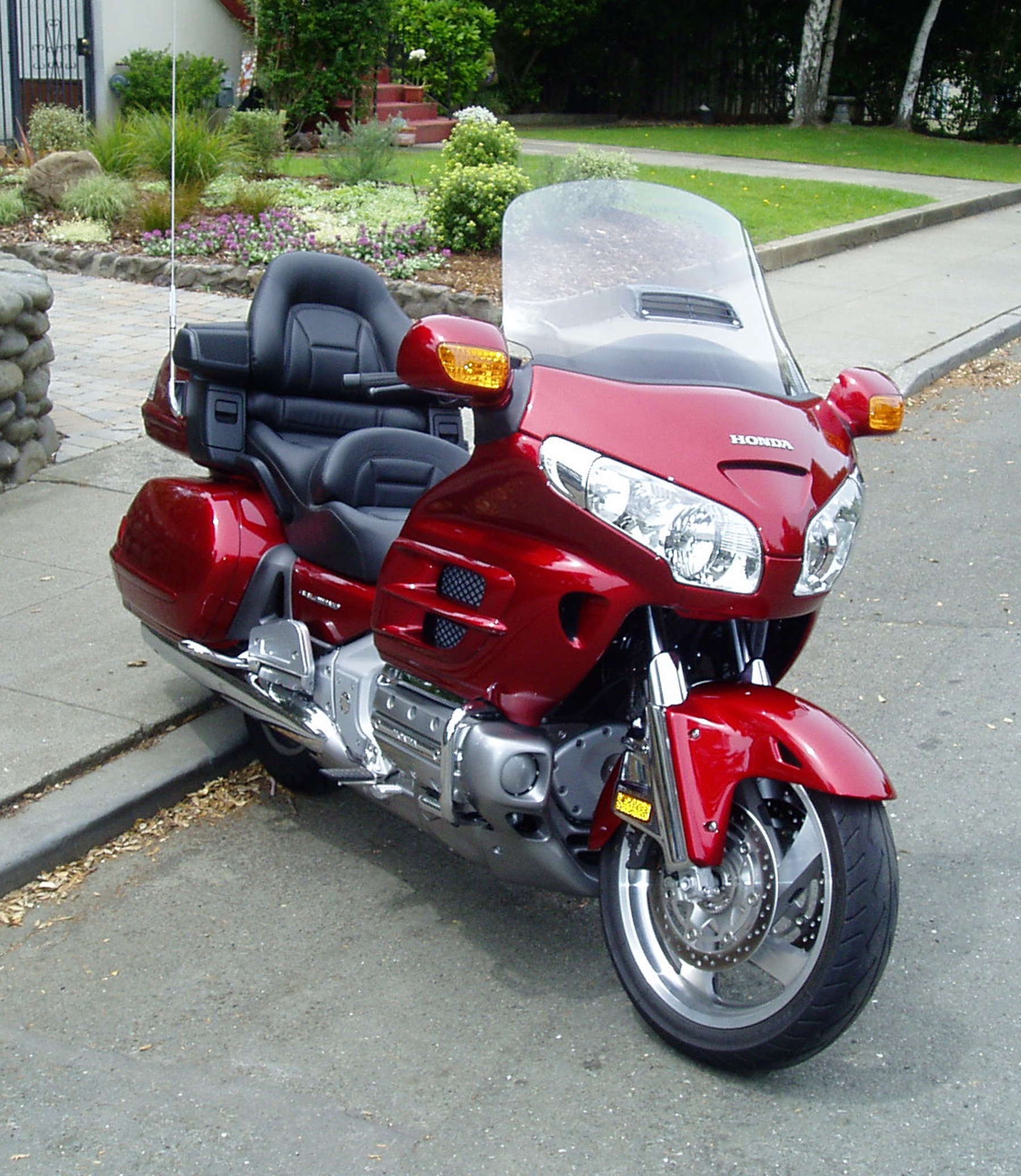 Yes, the Gold Wing costs more than many cars, but it's definitely less expensive than a recreational vehicle while also serving up freedom and fun, and low operating costs.