My first experience aboard a Kawasaki Ninja occurred several years ago at Infineon Raceway in Sonoma, Calif. I tried the bike on for size and my elbows and knees interfered with one another in disturbing fashion. I told the bike instructor I didn't feel I would be in control. He insisted that I give it a try. I complied, and he agreed that it didn't make for a pretty sight. 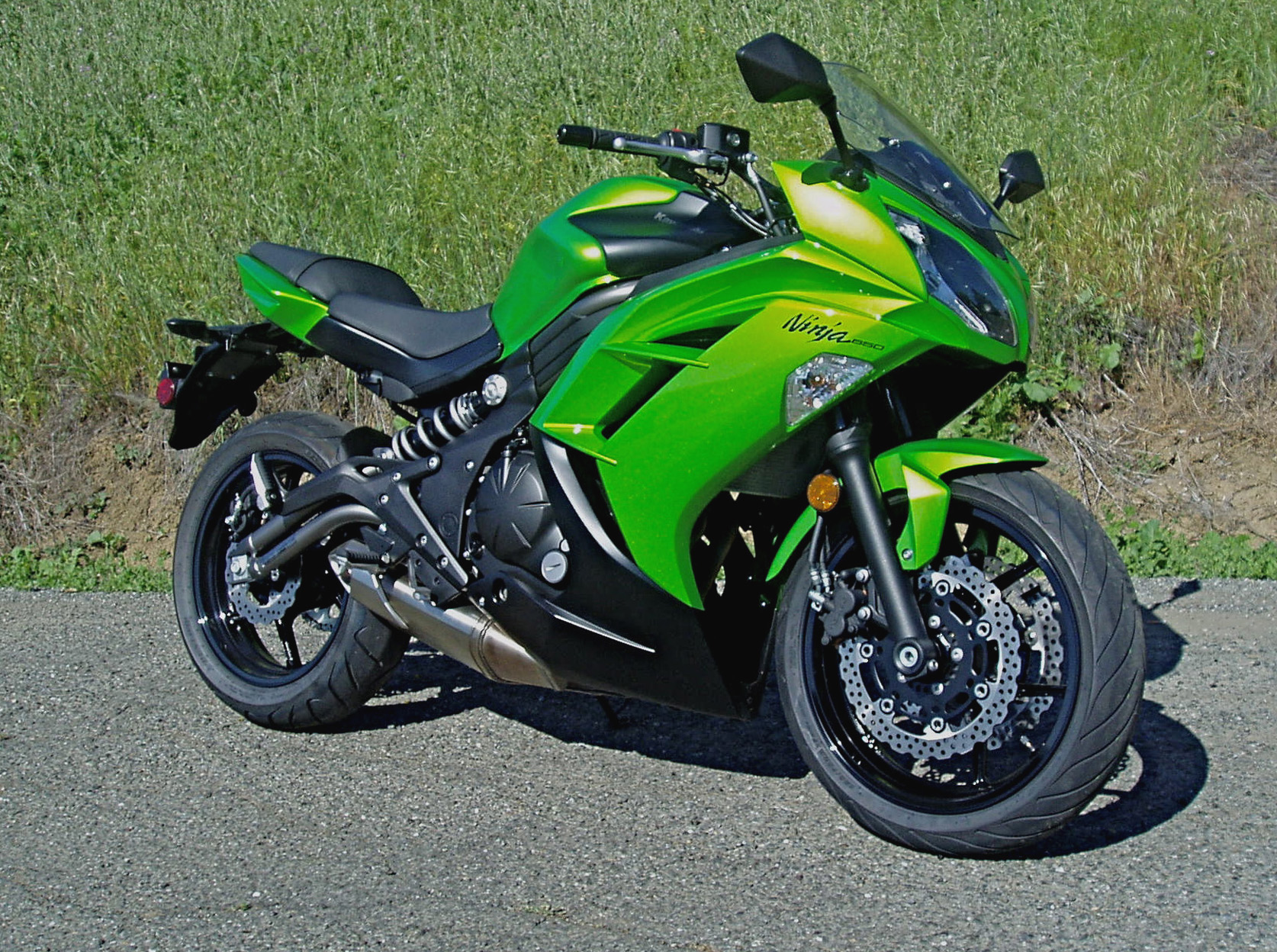 So when I learned the new Kawasaki Ninja 650 was on the way for me to review, I was apprehensive, but figured I'd give it a shot, since I now had considerably more sportbike experience under my belt. The 2012 Kawasaki Ninja 650 has a bold sportbike persona, but with fresh styling that provides a much more civilized and friendly riding position -- especially for older, oversized riders such as myself.

My 2012 Ninja 650 sported a Candy Lime Green finish and came with the base price set at $7,499. Its 55.5-inch wheelbase and 83.1-inch overall length, along with its 460.8-pound dry weight, make for a highly manageable and maneuverable riding machine. The seat height of 31.7 inches might tend to pose a bit of a problem in touching down when stationary for those with shorter inseams, but I found it just right.

I'm not a "knee-dragger" by any means, but riding the Ninja 650 felt like an orchestrated ballet, turning rhythmically one way, then the other with graceful ease. It was exceptionally maneuverable and easy to manage. The bars are now positioned higher and allow for a more upright position -- no more tank hugging either.

Acceleration was smooth and plentiful. The ride quality was compliant without being too soft or too firm, soaking up road surfaces nicely. Handling characteristics were sporty and responsive with good feedback. Trail braking allowed for cooking into tight backcountry curves and the bike exhibited great balance. 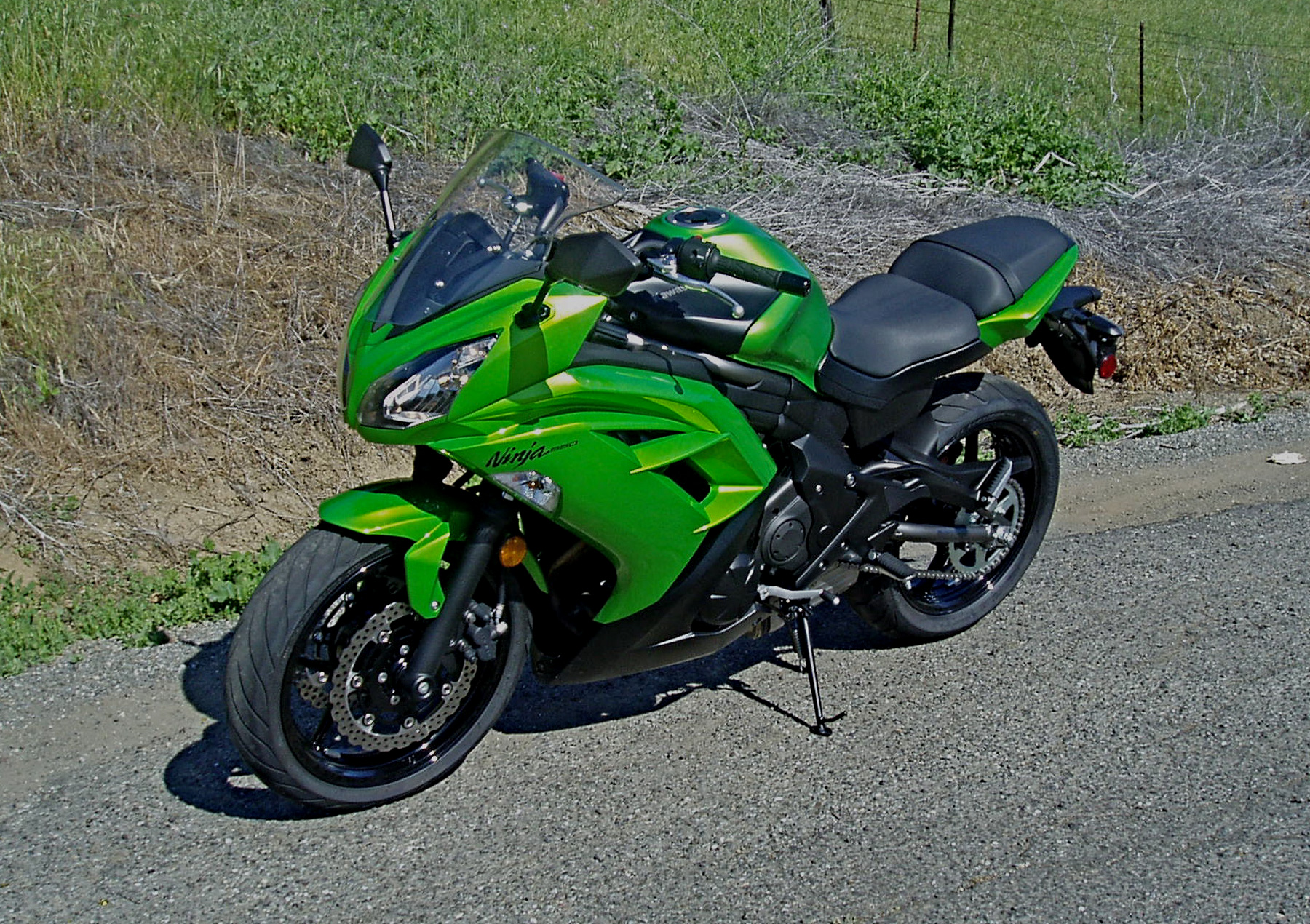 The exhaust system has been redesigned too, and features a new connector pipe, a higher-volume three-chamber muffler assembly for improved mid-range torque while maintaining peak top-end power, along with a higher quality finish.

The instrument cluster assembly is new featuring an analog tachometer and a digital readout module that delivers at-a-glance information for the rider.

Power is provided by a 649 cc four-stroke, liquid-cooled, 8-valve parallel twin with digital fuel injection from two 38 mm Keihin throttle bodies with motive force geared through a six-speed sequential manual gearbox to the rear wheel via an O-ring final drive. 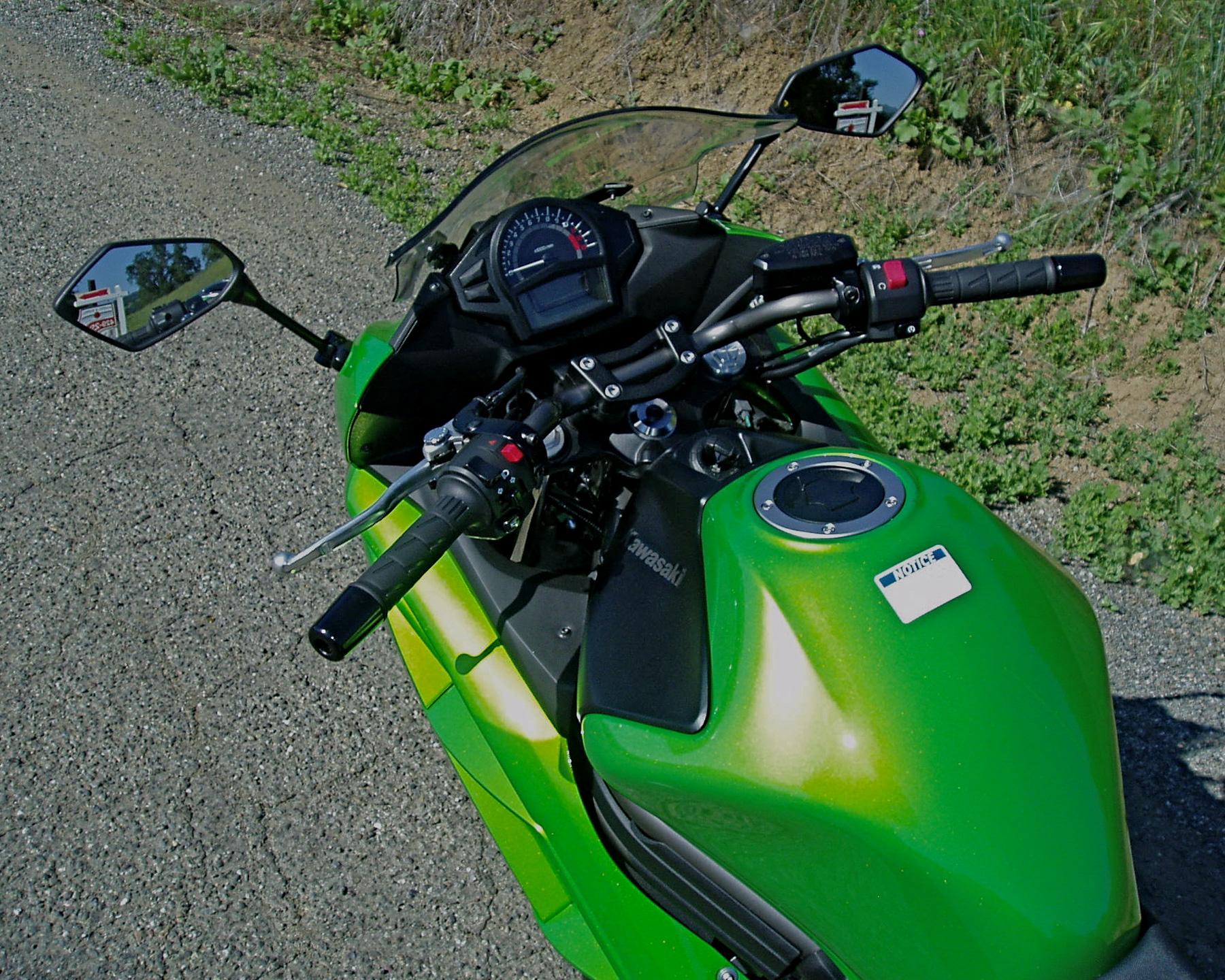 Suspension componentry consists of 41 mm hydraulic telescopic forks with 4.9 inches of wheel travel up front, and the new twin-pipe swingarm with single offset laydown shock, adjustable spring preload and 5.1 inches of wheel travel in the rear. Bringing the new Ninja 650 to a halt are front dual 300 mm petal discs with two-piston calipers, and a single 220 mm petal disc with single piston caliper in the rear.

The new 2012 Kawasaki Ninja 650 is an affordable, great-looking sportbike -- without the riding discomfort of many traditional all-out sportbikes. It's not a heavy tourer either, but seems to fit nicely somewhere in between. Add self-canceling directional signals and a gear indicator, and the 650 Ninja would be even more special. It could serve as an ideal entry-level sportbike.