American Suzuki's focus has shifted exclusively to motorcycles, with the company having pulled the plug on U.S. auto sales. One of the bikes celebrating Suzuki's motorcycle commitment is the all-new C90T cruiser, or bagger, which hearkens back to the 1998 VL1500 Intruder. Suzuki's air/oil-cooled V-Twin production ceased in 2009 because of ever-increasing emissions regulations and controls. 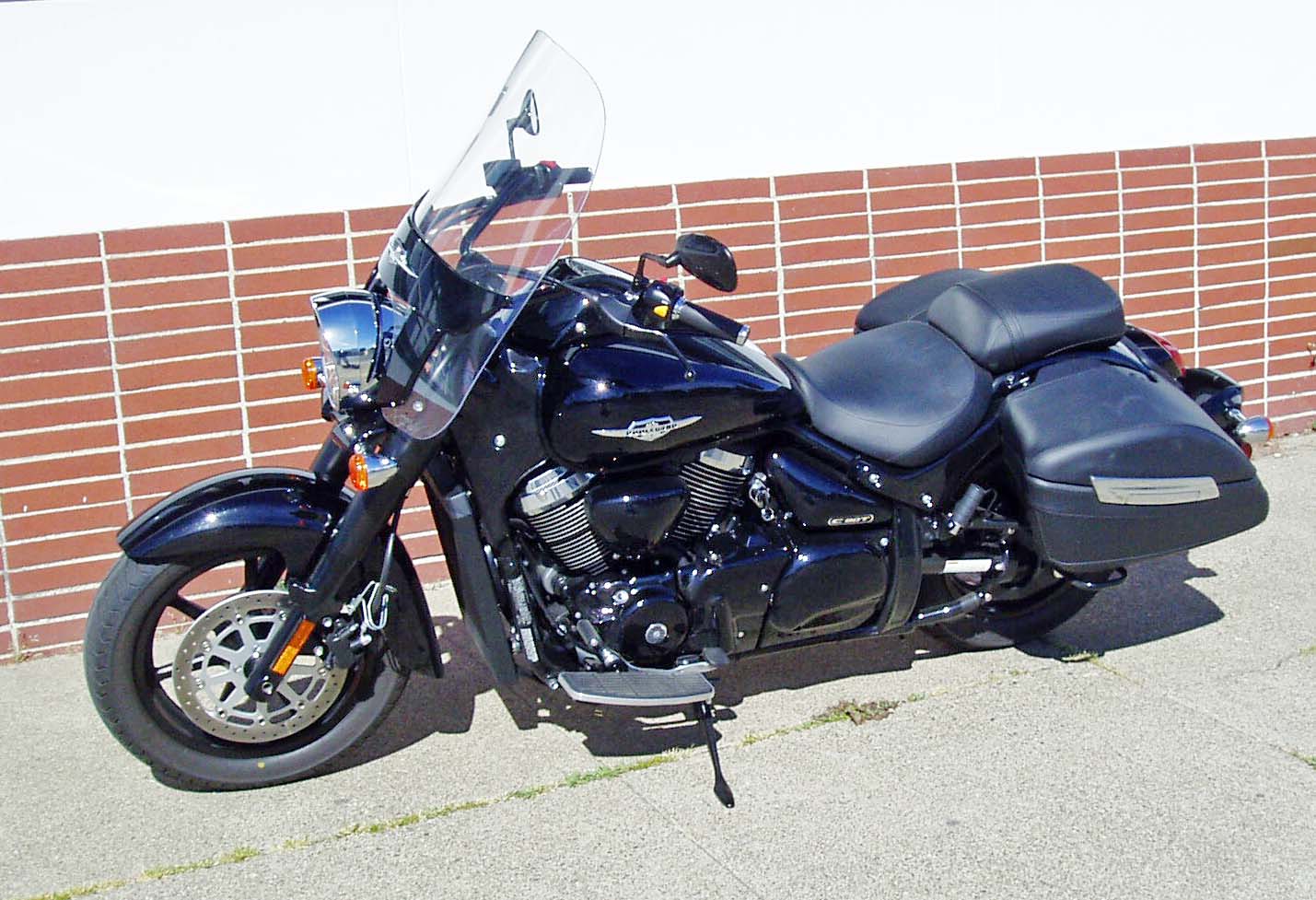 Though a full-sized bagger, weighing in at 800 pounds, the Boulevard C90T is made affordable by utilizing components borrowed from the Boulevard M90 architecture. The C90T shares the main frame, swingarm, engine and five-speed manual gearbox with the M90, which is actually a blend of sport and street fighter styling, or muscle cruiser if you will.

The 2013 Suzuki Boulevard C90T comes in two versions: a base model available with a two-tone paint treatment; or the sinister C90T B.O.S.S which is as dark as the night, featuring a metallic Black finish on the tank and fenders, along with other blacked-out elements, including the engine and covers, 7-spoke cast aluminum alloy wheels, forks, exhaust, handlebars, seats and locking hard bags. The title B.O.S.S. actually stands for Blacked Out Special Suzuki.

Riding the new Boulevard C90T B.O.S.S. delivers a pleasurable riding experience once off the side stand. Initially, the bike's size is a little intimidating, but once up and rolling, it is nicely balanced and easily managed. 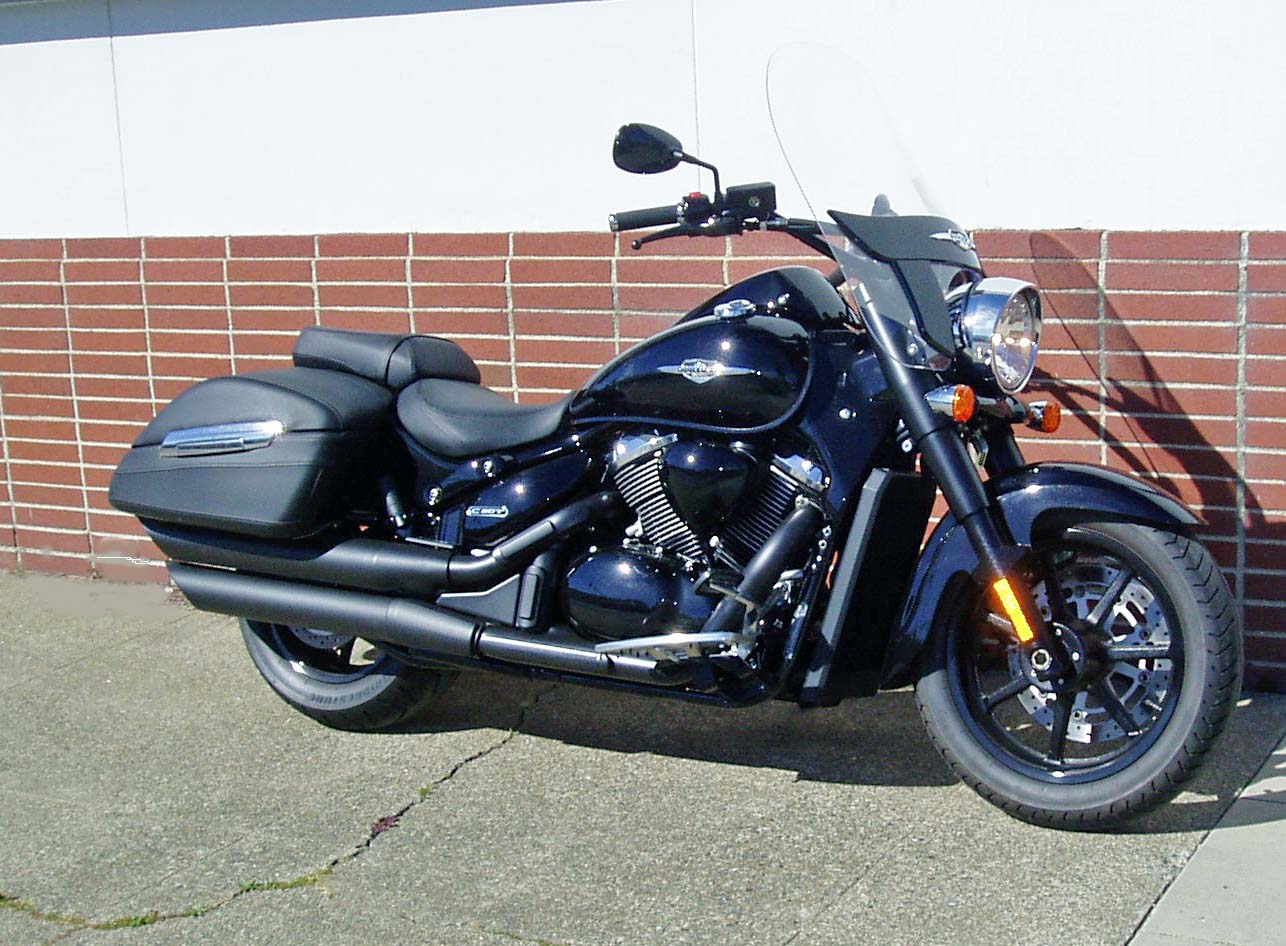 The power delivery is very smooth, particularly in the higher ranges, but the shaft drive renders a notable "jacking" effect at low speeds in the lower two gears, which may be offset by lightly feathering the clutch. Directional signals are non-canceling.

In terms of styling, the C90T B.O.S.S. is all bagger/cruiser, with a somewhat retro flavor. The riding position serves up an ideal cruising rider triangle, with large floorboards (pegs for a passenger), proper bar angle and large, comfortable, accommodating seat -- a single seat for both rider and passenger.

The large windshield is tall like those found on most police bikes, with a bottom opening above the headlight that minimizes high-speed buffeting. The saddlebags are attractive enough, but don't hold a great deal, so a trunk pack might be a wise consideration for a long road trip.

There's a well-placed and easy-to-use locking helmet holder on the rear fender's left side. The 28.3-inch seat height will accommodate a variety of rider physiques, allowing most to get the big cruiser off its side stand.

Readily visible atop the fuel tank, the C90T B.O.S.S. features a multi-function instrument cluster that's highlighted by a large analog speedometer. The cluster includes a convenient gear-position indicator, a fuel gauge, as well as a clock and a trip meter, plus indicator lights for low fuel, turn signals and more, for an instrumentation level not often found on classically style cruisers. 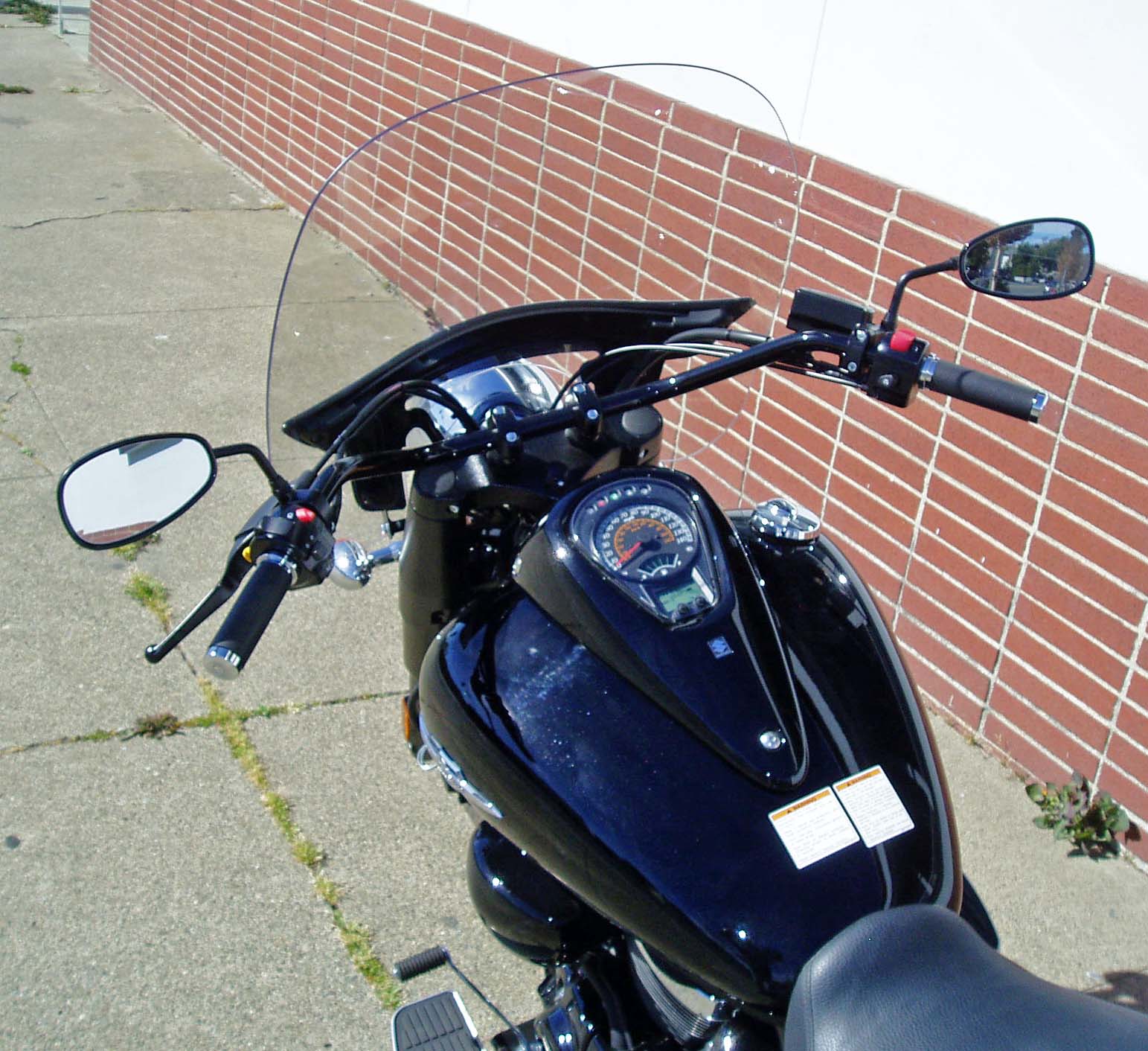 The engine is a 1462cc (90 cubic-inch), 4-valve, 4-stroke, 2-cylinder, long stroke, liquid-cooled, SOHC, 54-degree V-Twin with Suzuki fuel injection consisting of dual-sparkplug heads with 42mm Mikuni EFI throttle bodies with dual throttle valves. The air box, similar to the M90 is a triple affair with a central compartment beneath the fuel tank fed by a pair of side pods that flank the engine. Exhaust consists of dual right-side reverse, slash-cut pipes that emit a pleasant V-Twin note that's not obtrusive.

The engine's power reaches the rear wheel via a shaft drive through a constant mesh sequential five-speed manual gearbox. The Boulevard C90T rolls on Bridgestone Exedra 130/80-17M/C 65H, tubeless tire up front and a 200/60-16M/C 79H, tubeless tire aft. Bringing the Big Boulevard to a halt are single discs front and rear.

The 2013 Suzuki Boulevard C90T B.O.S.S. is an attractive, feature laden, comfortable and affordably priced cruising bike. It delivers an easily managed and maneuverable ride. It certainly represents a welcome return to Suzuki's growing stable of bikes.