Honda Riding on Par with Harley

Honda enters a somewhat different genre with the Honda Gold Wing F6B. It moves from being an exclusive luxury-touring bike to serving as both a boulevard cruiser and a custom tourer. Tool around town being cool, or take off for a long weekend -- the Gold Wing F6B is equally suited to handle both scenarios. 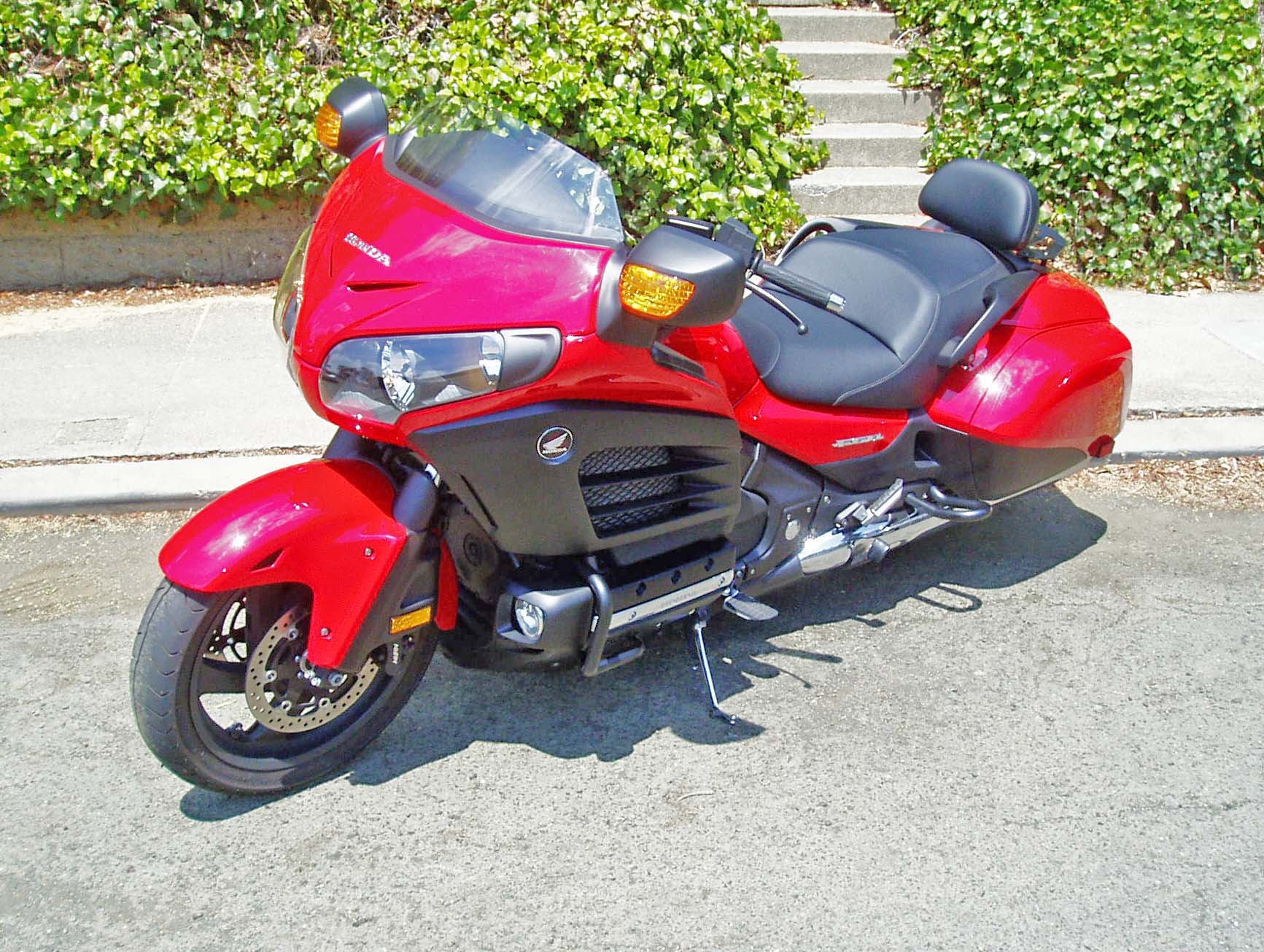 The Honda Gold Wing F6B comes with some significant changes that put it more on par with Harley-Davidson's top-of-the-line heavy cruisers, say for instance their CVO Road Glide Custom Anniversary -- at least in terms of styling flavor. Both are essentially luxury baggers.

"F6B," we're told, stands for "Flat Six Bagger," which certainly seems appropriate enough. The F6B is still very much a Gold Wing, but the base model costs considerably less than the standard GW, loses the rear trunk pack, eliminates the reverse gear, cruise control and electric rear suspension adjustment in the interest of weight savings (tipping the scale at 62 pounds less than a standard Gold Wing). The base F6B starts at $19,999.

In terms of its visual appeal, the F6B is more futuristic and streamlined than the standard Wing. It is available in either Red or Black. The Red pops, while the Black comes across as stealth-like.

Power for the Gold Wing F6B is delivered by an 1832cc, SOHC, 12-Valve, liquid-cooled horizontally opposed (flat) six-cylinder motor with PGM-Fuel Injection. Power is geared to the rear wheel via shaft drive via a five-speed sequential manual gearbox including overdrive. 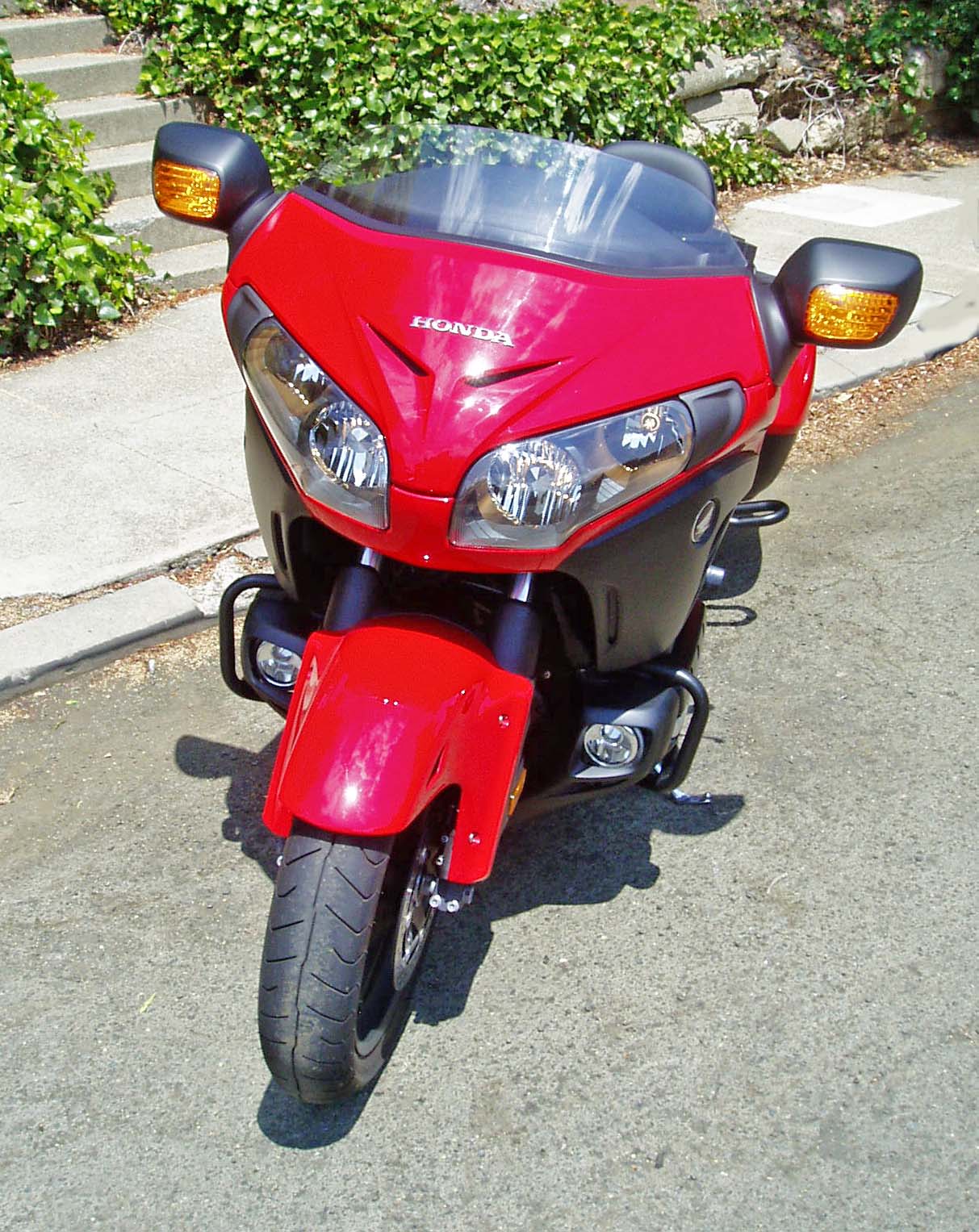 The big luxury bagger rolls on Bridgestone Exedra Radials mounted on 5-swirl-spoke, Black hollow cast alloy wheels. Suspension componentry consists of 45mm cartridge forks forward, with an anti-dive system and 4.8 inches of travel; and a Pro Arm single-side swingarm with a Pro-Link single shock with remote-controlled spring preload adjustment aft, with 4.1 inches of travel. The frame is more akin to that of a sportbike with its aluminum construction.

My test Honda Gold Wing F6B was the Deluxe model finished in Red which was offset nicely by flat Black finishing on engine, forks, lower fairing, road guards, center stand and lower bag cladding. The Gold Wing F6B is a complete joy to ride, except for the wind buffeting I experienced with bike's short windscreen due to my height.

It is admittedly heavy to maneuver in slow speed, tight turn situations, but once moving forward, it is silky smooth, with plenty of low-end torque and acceleration on demand with a slight twist of the wrist. The ride quality is very compliant and rewards riders and passengers with the ultimate in motorcycling comfort. The bike's balance is superb, and there is no "jacking" from the shaft drive, though the throttle is touchy at lower speeds.

Instrumentation consists of analog gauges for the tachometer and speedometer with trip and total odometers, oil temperature and fuel level. Warning lights are provided for other functions. A gear indicator would be a nice touch, since first and second gear ranges are really tall and the ride is so enjoyable, it's easy to lose track of sequence.

The wide pegs are okay, but I'm a fan of boards on heavy cruisers, and the gear shift lever is set low and non-adjustable, so getting a boot toe under was often cumbersome. The foot brake was also set low, but is adjustable. 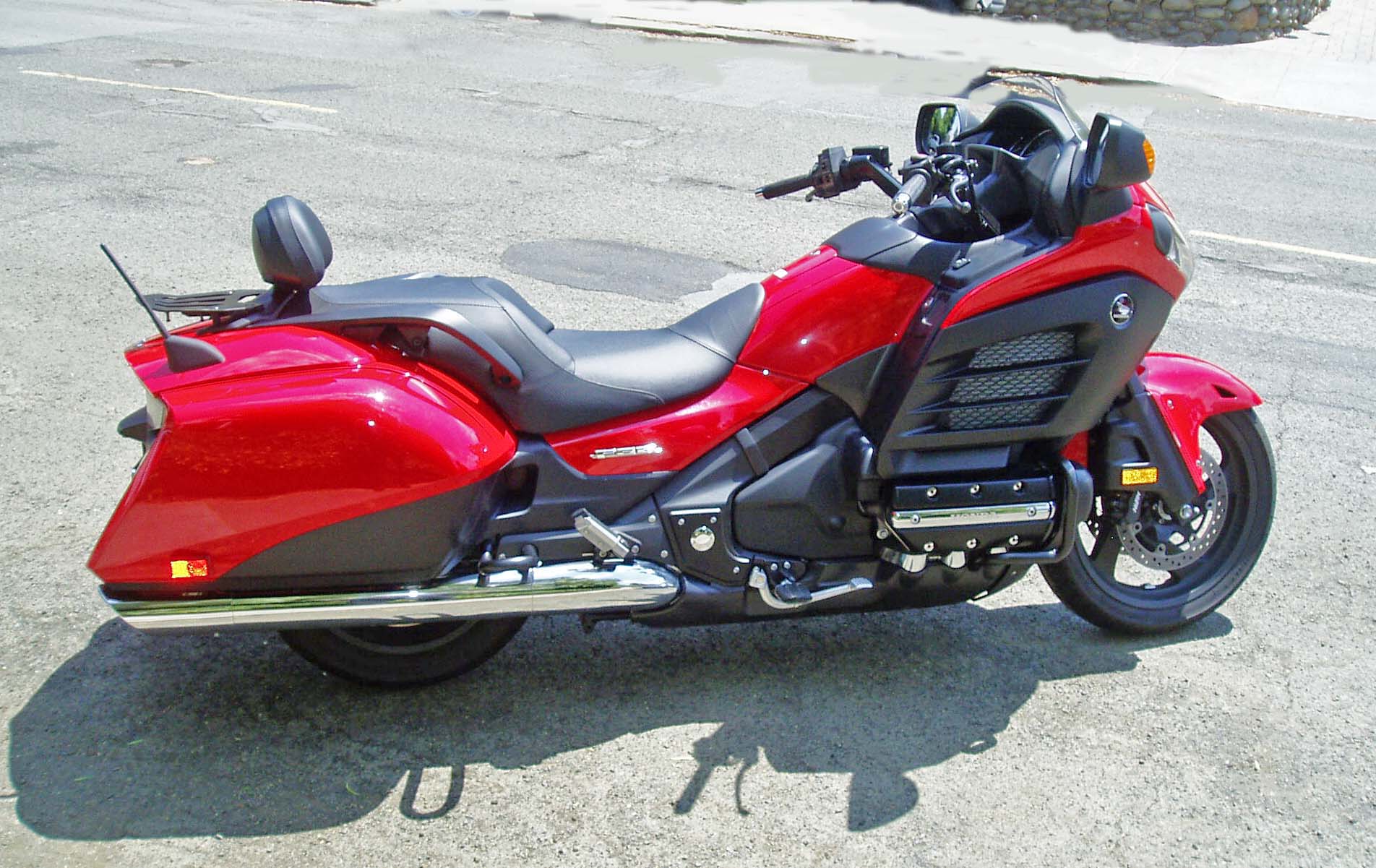 All in all, this latest F6B Gold Wing from Honda is a pleasant departure from the standard full luxury-touring version. It's leaner, lighter and visually more appealing, and yes, there are some sacrifices made that would enhance cross-country treks, but the F6B is more suitable for short cruises, while still being capable of making longer sojourns.