It doesn't happen that often, but Harley-Davidson recently unveiled the first all-new platform in 13 years during the 71st Esposizione Internazionale Ciclo e Motociclo e Accessori in Milan, Italy. More simply known as the EICMA Show, it is the world's biggest motorcycle show, featuring the most new-bike unveilings. More than 1,000 manufacturers of riding machines, gear and accessories from 35 countries exhibited at the legendary show. 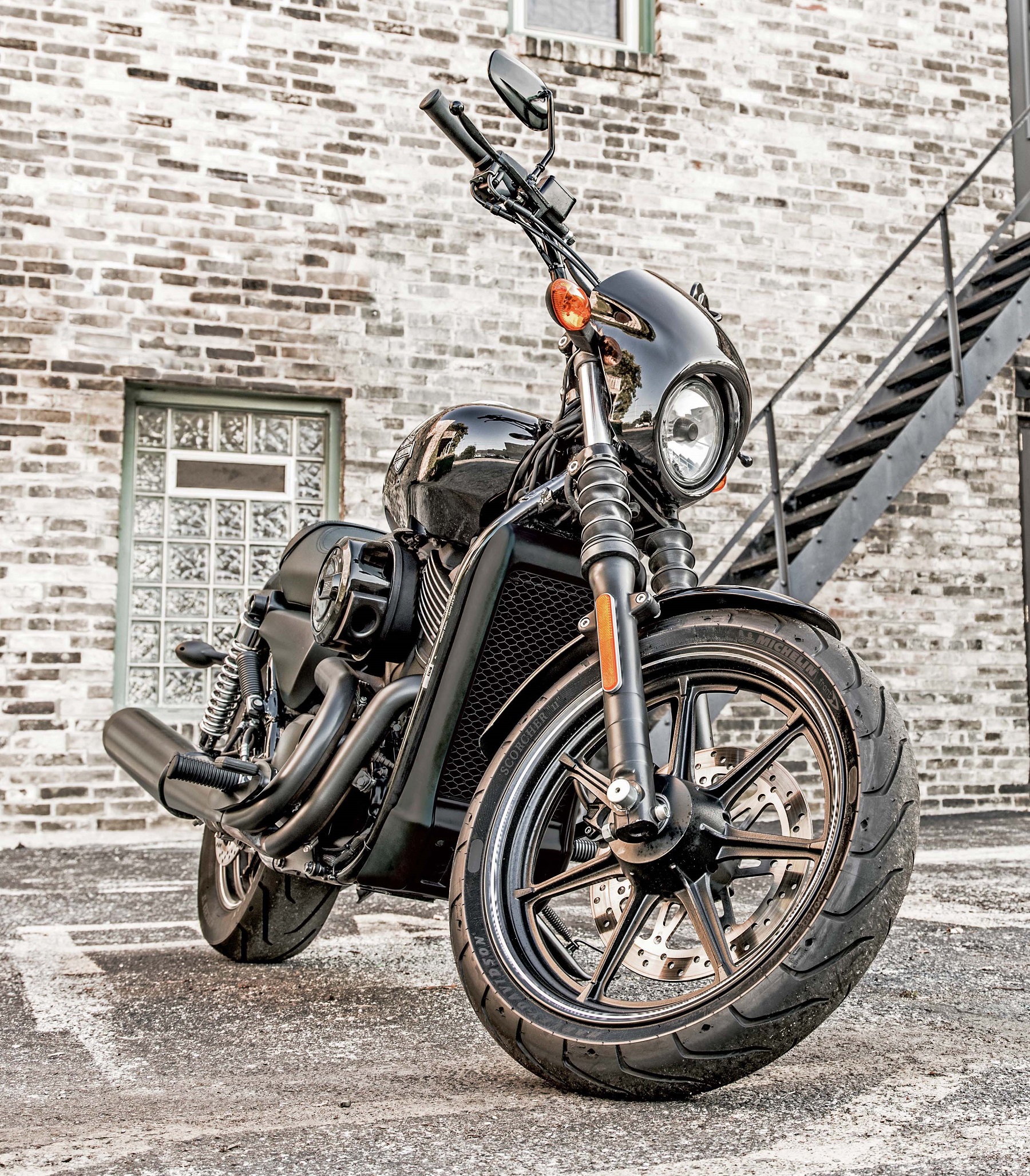 Harley-Davidson introduced two new bikes for the 2014 model year, aimed at attracting and inspiring new, younger riders around the globe. The two models based on the all-new platform architecture are the 2014 Harley-Davidson Street 500 and Street 750, which are built for urban environments, featuring all-new liquid-cooled Revolution X powertrains in a unique Dark Custom theme. Both bikes are designed to deliver agile handling with the look and sound familiar to Harley fans the world over.

Matt Levatich, President and Chief Operating Officer, Harley-Davidson Motor Company, stated "These are the newest motorcycles to join our Dark Custom lineup, which helped make us the number-one selling brand to young adults in the U.S. for the past five years."

Levatich went on to explain, "Both the Street 500 and Street 750 are designed with thousands of hours of input from young adults in cities around the planet. This input guided both the attitude and capabilities of these motorcycles, and they are proof that being customer-led continues to be a core driver of our product development process."

Each of the all-new bikes features the new Revolution X engine to match the demands of stop-and-go city traffic with nimble handling, while delivering instant throttle response to escape gridlock scenarios. The Revolution X engine is housed in a new, narrow and lean chassis built for agility, with a super-low seat height, new suspension and broad handlebar sweep that is designed to provide confidence and maneuverability when managing tight turns and making fast maneuvers. 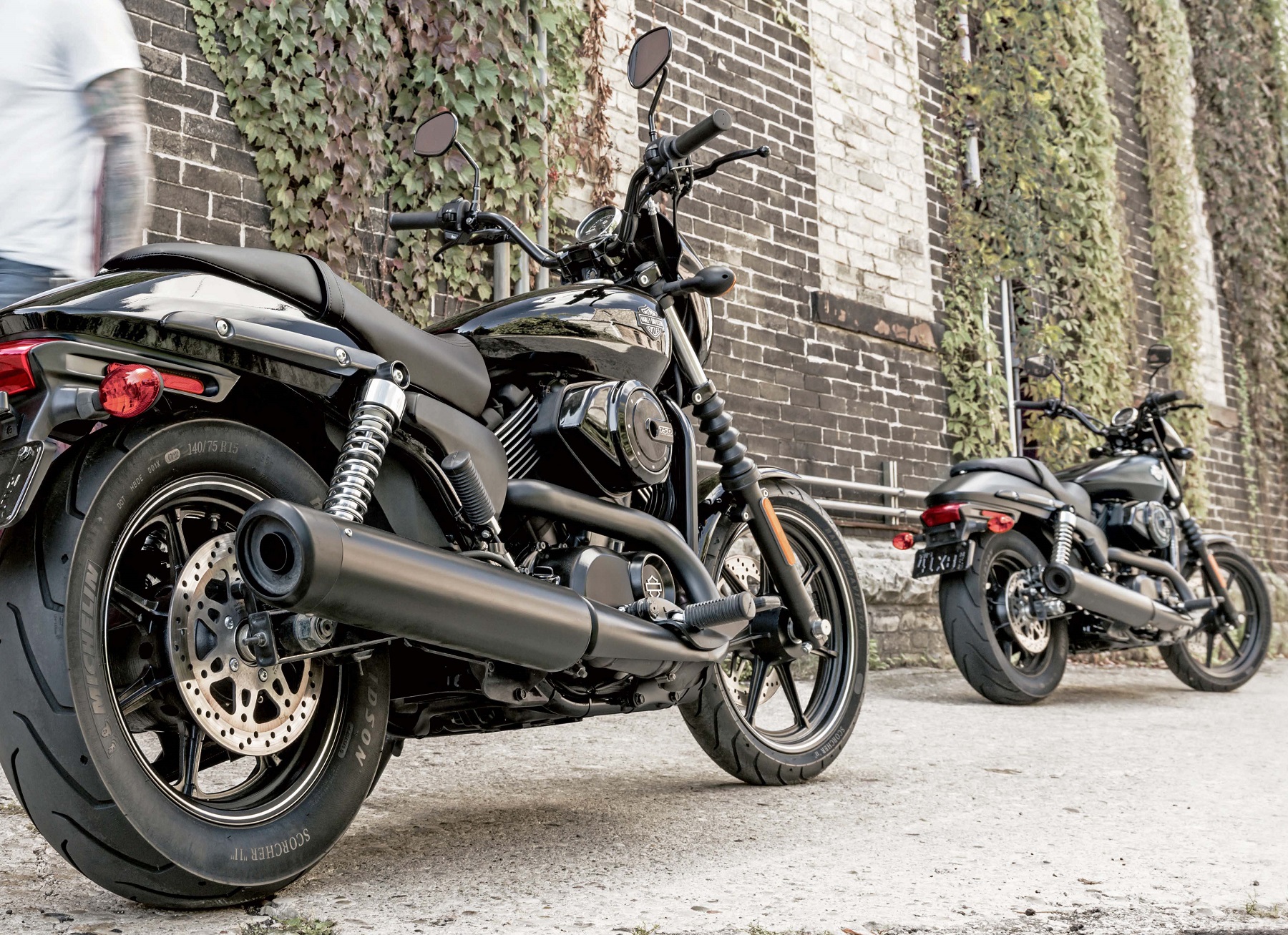 The signature Dark Custom motorcycles are executed in a premium, minimalist style that is meant to serve as a blank canvas for personalization and customization. Without forsaking Harley-Davidson's DNA, the new Street bikes are leaner in stature and meaner in attitude -- in other words, the real deal, made of real steel.

Foot controls are mid-mounted, and the handlebars provide an easy lock to lock sweep. Stopping chores are handled by single caliper disc brakes fore and aft, and the bike rolls on 17-inch alloy 7-spoke wheels up front and a 15-inch 7-spoke unit in the rear, with a 59.5-inch wheelbase. Suspension is specially tuned, consisting of reverse forks forward and coil over shocks aft.

The Harley-Davidson Street 750 comes with a two-up seat with passenger footpegs, a metal tank and fenders, bullet turn signals and LED taillamp, a locking gas cap, forks and ignition.

Harley promises to deliver balanced handling and a fun-to-ride quality, mimicking early "Bobbers" in their simple, less-is-more styling. The retro Bobber movement seems to be popping up in the stable of nearly all bike manufacturers of late, and for good reason -- Bobbers are simple, nimble and easy to maneuver, as well as quick and comfortable.

Both of these Street Harleys in their signature Dark Custom execution provide a minimalist, yet premium style with maximum impact with raw, stripped-down, blacked-out aggression that will serve ideally as a blank canvas for customization and personalization, and at an affordable price. The Street 500 and Street 750 pricing begin at $6,700 and $7,500, respectively.