In the BMW motorcycle camp, the RT initials have always related to extremely comfortable and highly capable and functional touring bikes. With the introduction of the 2014 BMW R 1200 RT, the bar is elevated yet again for dynamic two-wheeled touring. 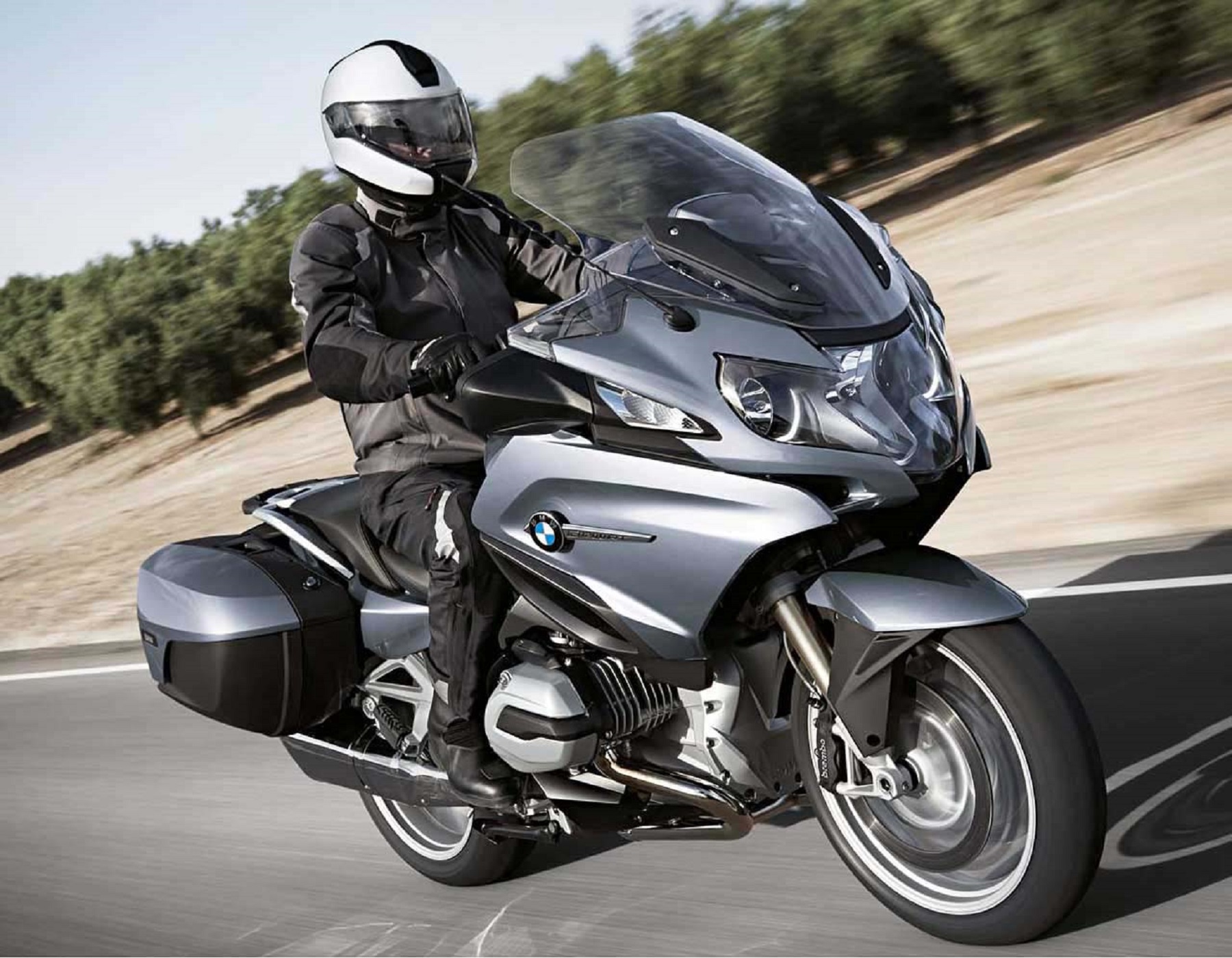 When viewed from the front the R 1200 RT is instantly recognizable as belonging to the BMW Motorrad family. The headlight constitutes a striking eye-catcher on the front end, underlining the hallmark BMW "split face". With two round reflectors on the outside and an elongated reflector in the center, it displays the typical face of a BMW tourer, ensuring an unmistakable look day or night.

BMW continues to showcase how things are properly executed when it comes to blending stellar travel capabilities with high performance, sporty attributes. Starting at $17,650, the latest R 1200 RT comes with a new engine and unique profile.

The new boxer engine is more powerful with a larger centrifugal mass that yields a heightened level of refinement and smoothness. It produces a peak output of 125 horsepower at 7,750 rpm along with a maximum torque of 92 lb.-ft. at 6,500 rpm. Riding comfort is enhanced through the utilization of a longer secondary transmission ratio that lowers the engine rpm.

The two riding modes, "Rain" and "Road", allow the R 1200 RT to be adapted to most conditions. The optional extra Riding mode Pro feature includes the additional "Dynamic" riding mode plus the Hill Start Control function. 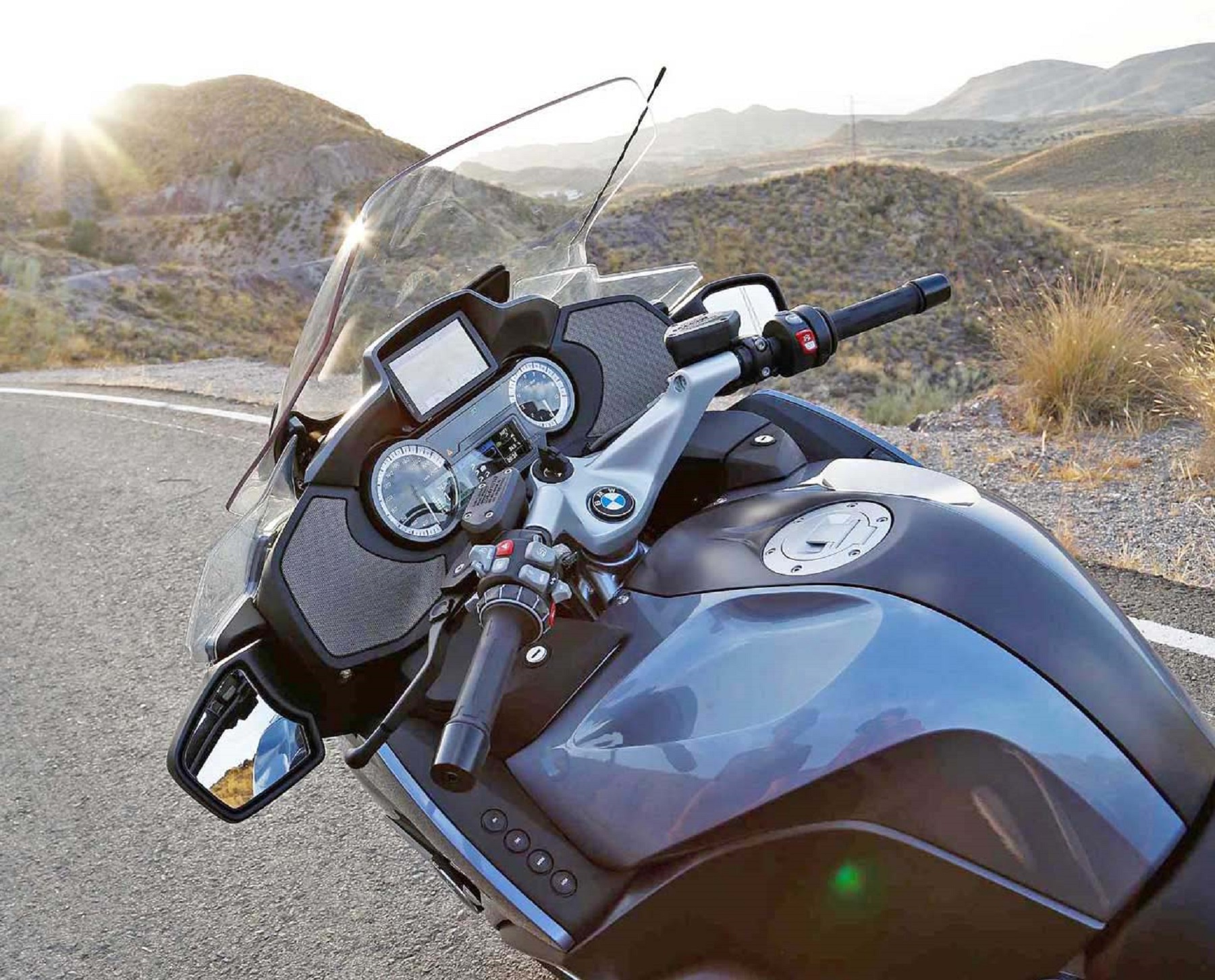 The BMW R 1200 RT features a new, continuous main frame to give it even greater directional stability, along with streamlined aerodynamics thanks to more dynamic bodywork and optional LED Corona Ring headlight.

Seating comfort and ergonomics have also been enhanced for both rider and passenger. The ergonomic triangle formed by the handlebars, seat and footrests has been lowered by 0.8-inch, making it easier to reach the ground, a big plus when maneuvering in tight spots or getting on and off the bike.

The instrument cluster has undergone a total makeover, now featuring a large 5.7-inch TFT color display that provides the rider with an increased level of data. The display is supplemented by the analog speedometer and tachometer dials.

This latest BMW R 1200 RT is built around a chassis which, like the engine, is based on the proven components found on the R 1200 GS. The new frame with mountings for the BMW telelever and BMW paralever now features a continuous design, making it more rigid, resulting in a further major improvement in the bike's directional stability.

By stiffening the mounting for the spring elements, the chassis response is more sensitive with better rider feedback. The large 36 degree steering angle to each side results in a very tight turning circle by tourer standards, allowing for easer maneuvering. 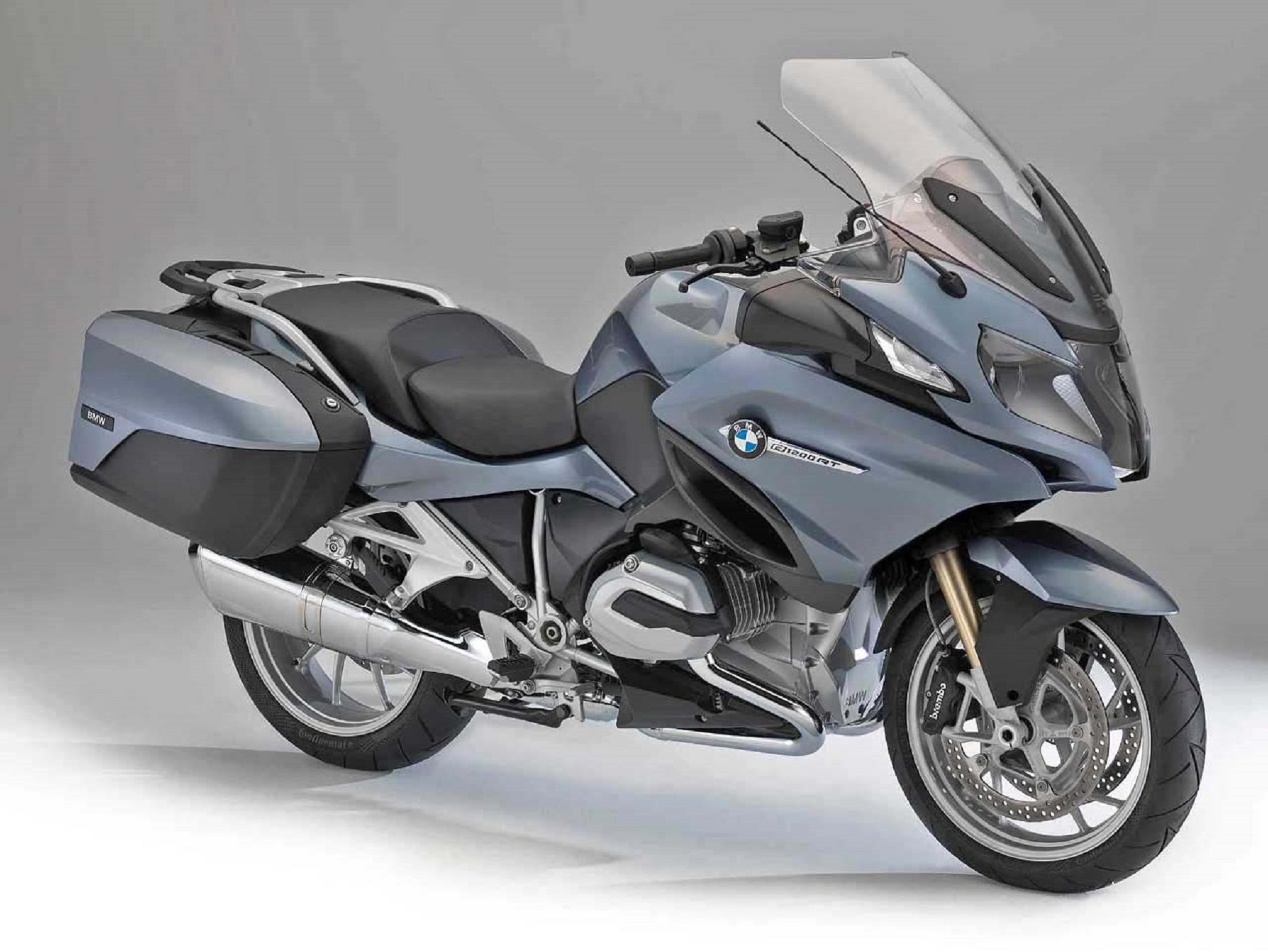 For peace of mind and added security, a central locking system combined with an anti-theft alarm system locks both panniers, the storage compartment, the audio compartment and the accessory topcase simultaneously and can be conveniently operated using either the radio remote control or a pushbutton control on the end of the right handlebar. The panniers continue to be detachable; and the servo motors for the locking mechanisms are located in the motorcycle's body with the pannier locks secured mechanically by means of a locking bolt.

Practicality, comfort and convenience as well as wind and weather protection have benefited from major improvements. With features such as the new power-adjustable windshield, which now reduces the amount of drag acting on the rider far more effectively despite offering exactly the same adjustment range as its predecessor. It minimizes wind noise as well, and is the quietest windshield yet from BMW Motorrad. The folding rear-view mirrors are now smaller, but offer an enlarged field of vision, thanks to their lower, wider mounting position.

The standard-fit, waterproof and lockable storage compartment can be found inside the fairing on the left and is also able to comfortably accommodate the BMW Motorrad Navigator if required. Opposite on the right, an additional storage compartment has been included for holding a USB stick, Apple iPod or other music storage device if the optionally available audio system is installed.

The inventory list of standard features and equipment is indeed impressive in its own right, but there are also a host of options covering a variety of categories, including: riding safety and convenience; storage; appearance; sound; ergonomics and comfort; and navigation. 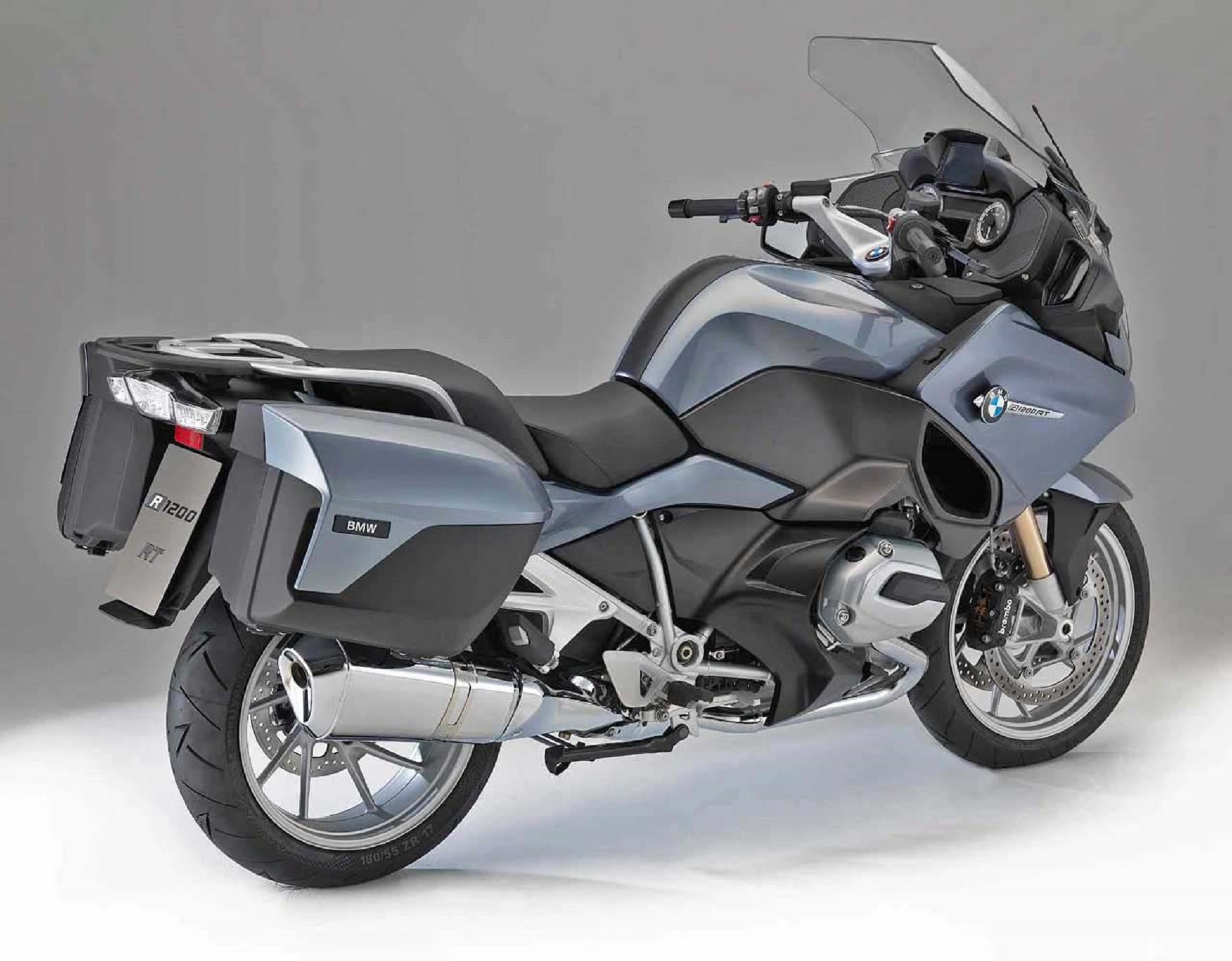 The 2014 BMW R 1200 RT is surely destined to continue the rich and high-tech touring heritage of BMW Motorrad.