Since its takeover of the Indian Motorcycle brand in 2011, Polaris Industries has offered a full line of Indian motorcycles -- cruisers, baggers, touring, and racing models. 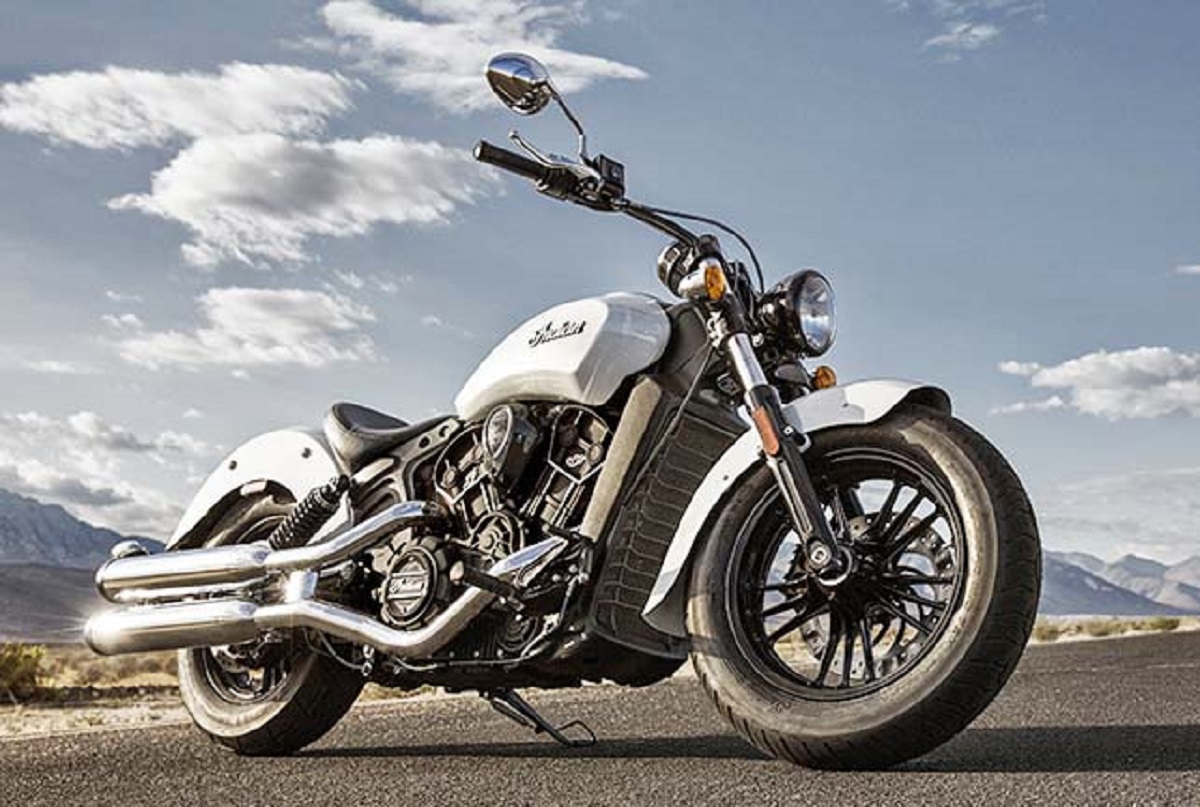 Last year, the company launched the iconic Indian Scout -- the first to appear since 1920. It was a singular model -- no more model 101s of different displacements, or Scout Sports or Scout Military or Military Juniors or even the Scout model 648 Daytona Sport. Now, there's a new Scout -- the Indian Scout Sixty, which comes with a base sticker price of $8,999.

In the Scout Sixty, Indian sleeves the cylinders with a bore that's slightly thicker, reducing cylinder capacity -- from 69 cubic inches in the Scout -- to 61 in the Sixty. In addition, the transmission has one less gear, with its five-speed sequential manual gearbox. The Scout Sixty tips the scales at 4 pounds less than the regular Scout. The Scout Sixty delivers the same retro flavor as its sibling. In fact, they look almost identical, having the same basic physical dimensions.

Motive force comes from a 61-cubic-inch, liquid-cooled Indian V-Twin with closed loop electronic fuel injection, a 60mm bore, and split-dual-right side exhaust with a crossover. Claimed horsepower is rated at 78, while the torque generated is 65 lb.-ft. at 5,800 rpm. A five-speed sequential manual transmission gears the engine's output to the rear wheel through a gear-drive wet-clutch Primary Drive to the final left-side belt drive.

The suspension setup consists of 41mm telescopic forks up front with 4.7 inches of travel and rear-dual-adjustable coil-over shock absorbers with 3.0 inches of travel, set at an exaggerated rake, paying homage to the 1920 Scout's hardtail look. 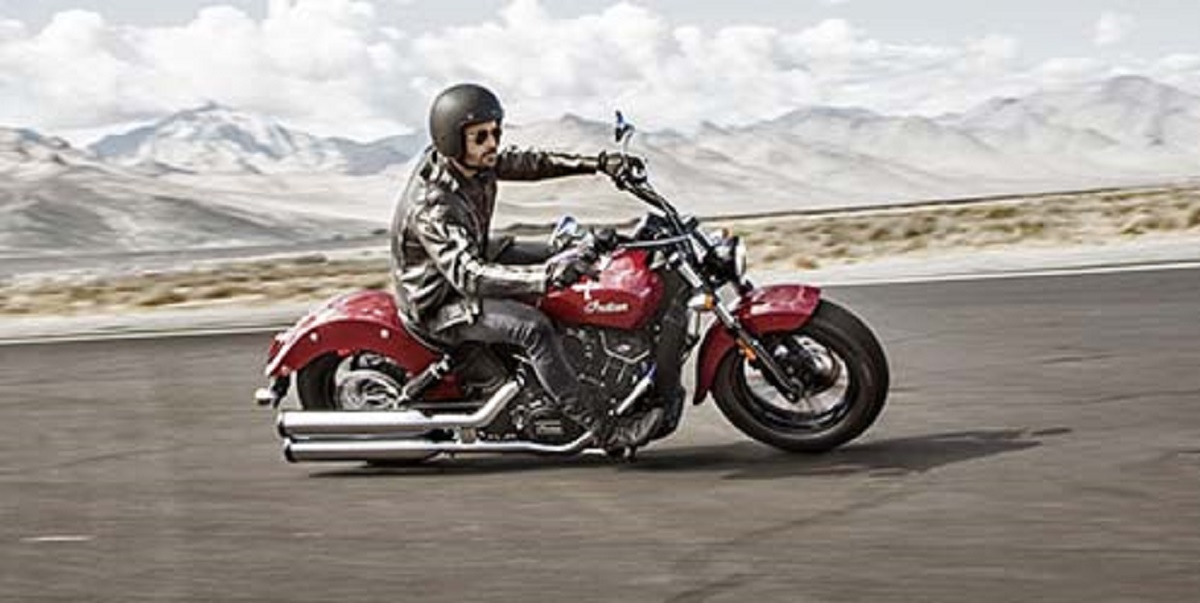 The Indian Scout Sixty at first glance, is that it's relatively small. It sits low, displaying an iconic retro image. There are no faux cooling fins on the engine, but rather, structural ribbing that matches other aluminum-toned accents.

The Scout Sixty comes as a solo bike in homage to its early heritage. Foot controls are set forward and the handlebars are well positioned, reaching back to the rider, all making for an exceptionally comfortable riding position. The seat is small but surprisingly comfortable with its 25.3-inch height. There's an optional low-fly windshield available, an optional 1920 solo seat with a grab rail, and available classic beach-style handlebars.

Essentially, all of the optional gear for the Scout will fit the Scout Sixty. Granted, added comfort, convenience, and functionality may trump appearance and may not be a bad thing. Optional chrome crash bars, for instance, would provide relief for tall riders on long rides, but a lot of add-ons would tend to elevate the "bling" level, which doesn't really fit the Scout Sixty's image. 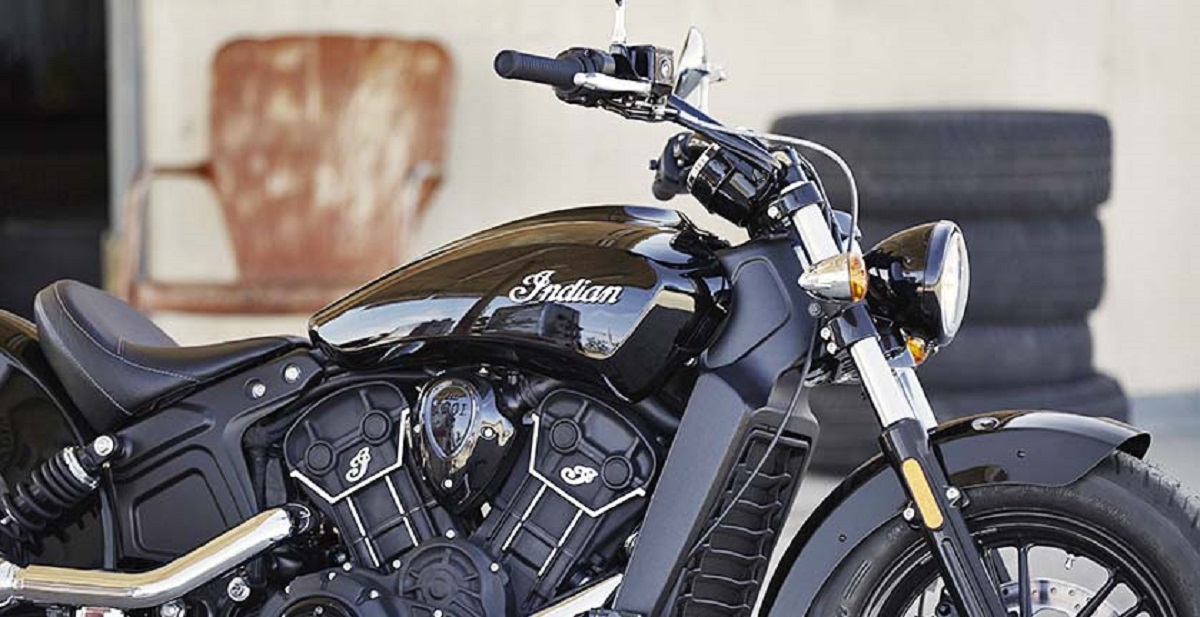 The Indian Scout Sixty is exceptionally well balanced with its low center of gravity, which allows for easy, fluid handling at all speeds, and the lean angle is enough to bolster confidence in high speed cornering. The motor pulls powerfully at just above idle, making it a breeze to pilot in stop-and-go traffic. Shifting is smooth and finding neutral is easy, with a green neutral indicator in the gauge cluster. ABS and Traction Control are not available on the Sixty. The suspension delivers a comfortable ride that's ideal for cruising.

All in all, the Indian Scout Sixty makes for a great, affordable entry-level mid-sized cruiser that's comfortable and easy to ride while looking totally cool, since it doesn't look like an entry level bike at all.