I rode my first sidecar rig eight years ago. It was a Ural Gear Up two-wheel-drive model and it looked every bit like a restored BMW World War II ride with its camouflaged matte paint finish. 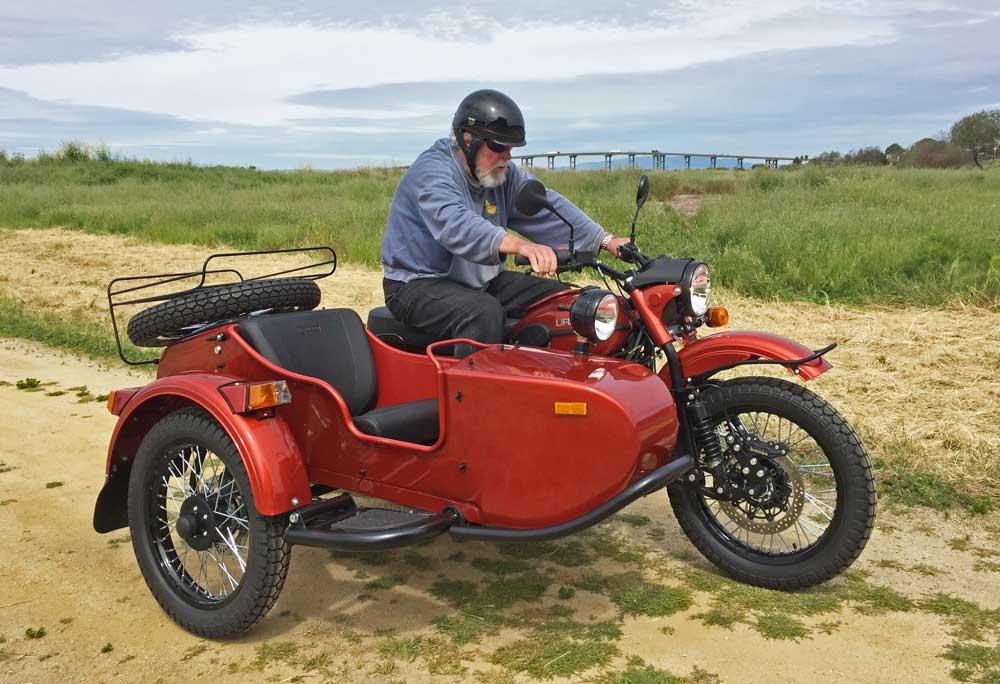 The initial appeal of the Ural comes from its classic appearance and aura of romantic adventure. Adventure is the operative element here. If it's all-out racy performance you're after, you need to look elsewhere.

For 2017, four basic Ural sidecar models are available, two of which are equipped with on-demand two-wheel drive.

The Gear Up and Patrol models are the two-wheel-drive rigs, while the conventionally driven units include: the cT and the M70. The Gear Up comes in three trims: the base model Gear Up, the Gear Up Sahara, and the Gear Up Sportsman.

All Ural sidecar rigs are powered by an OHV air-cooled, four-stroke (Boxer-type) 749cc flat-opposed twin-cylinder motor that is now electronically fuel injected rather than carbureted, eliminating the need for a choke. The motor makes 41 horsepower along with 42 lb.-ft. of torque. 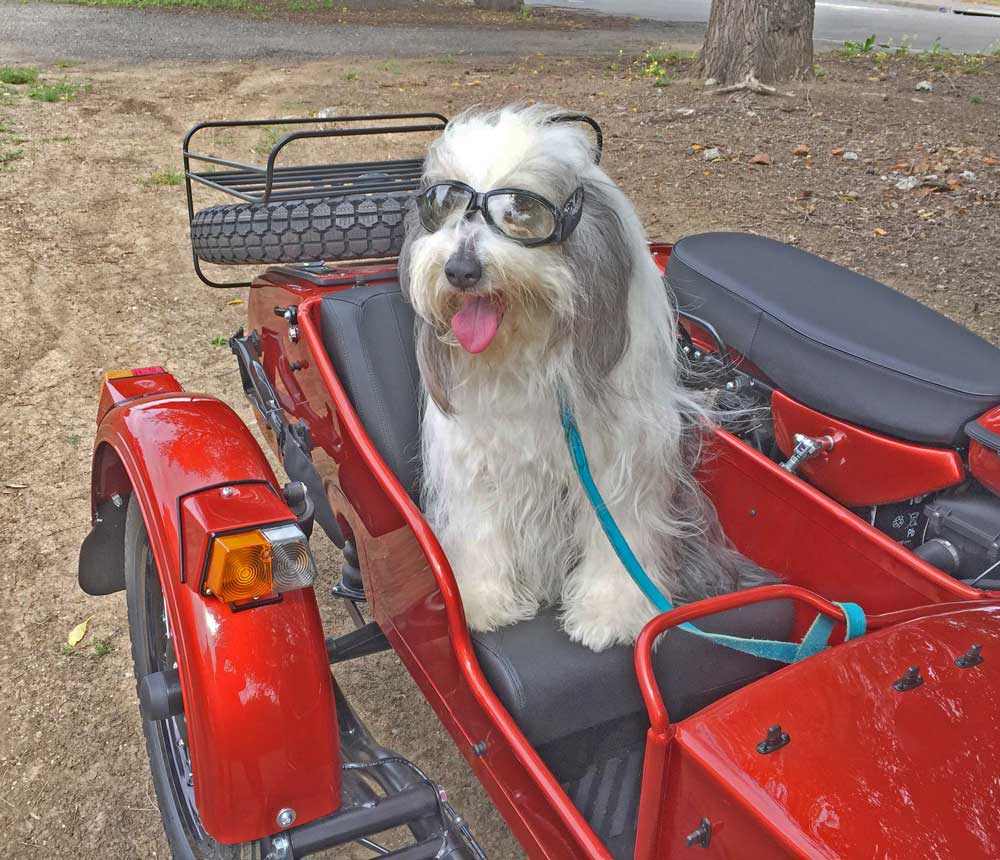 Gear changes are made via a manual five-speed transmission -- four forward and one reverse gear with a dry double-disc clutch, through a shaft drive to the rear motorcycle wheel. On-demand two-wheel drive may be manually engaged, additionally transferring power to the sidecar wheel, courtesy of a crossover driveshaft. Starting is accomplished by either an electric or left-side kick-starter.

The sidecar is fitted with a single-sided swing-arm with Sachs hydraulic spring shock absorber (also 5X adjustable). Bringing the Ural rig to a halt is handled by a four-piston fixed Brembo caliper with a 295mm floating NG rotor up front, while an HB big bore single-piston integrated floating caliper with a 256mm fixed NG rotor is in the rear. The sidecar brake is a two-piston fixed Brembo with a 245mm floating NG rotor.

Piloting a sidecar rig is only vaguely similar to riding a conventional motorcycle -- the mechanical controls are essentially the same, but the physics are dramatically different. Sidecar rigs are asymmetrical rather than symmetrical, which basically translates to the fact that the sidecar wheel is positioned ahead of the motorcycle's rear wheel rather than in line with it.

The motorcycle counter-steering principle is out the window with a sidecar setup unless one "flies" the car, either on purpose or unintentionally. Sidecar rigs steer directly: Roll on the throttle and the bike pulls to the right -- roll off and it veers left. Hang a tight, right-hand corner going downhill at speed, particularly on a reverse camber surface, and you flirt with disaster.

My test 2017 Ural Gear Up came with a Terra Cotta metallic exterior with a cloth tonneau and spotlight, a shovel, and Jerry can. The engine, handlebars and crash guards were blacked out. The base price was set at $16,499, while the price as tested came to $16,984. An Asphalt-colored exterior Gear Up starts at $14,499.

The Ural Gear Up serves as ideal transportation for a leisurely trek over the winding and picturesque Silverado Trail in the wine country of California's beautifully scenic Napa Valley or other the rural roads. The pace is relaxed, as the Ural is much happier, and more in its element, at speeds up to 60 mph. It is capable of achieving up to 70 mph when pushed hard (but not recommended, however), though riding the Ural is more about taking time to smell the roses (or grapes).

The suspension is most compliant, even over rough and irregular surfaces where it really shines. It's quite comfortable for both the rider and sidecar passenger and there's now an adjustable front steering damper.

Acceleration is adequate, but mind you, certainly not blistering, given the Ural's intended purpose -- that of experiencing adventure and having fun on three wheels. The Gear Up comes standard with a firm, one-piece Enduro style seat that will accommodate two on the bike itself with foot pegs for both, but two-up is only recommended when the sidecar is also occupied or loaded. Other seat styles are available. The seat and seat back are padded vinyl, with storage beneath the cushion.

The reverse gear feature is a handy feature indeed but the transmission must be in neutral to engage with a split-rocker-type shifter inboard of the rear foot brake. Advance planning when parking is a good idea. Manually engaging two-wheel drive is simple, but is only intended for off-road use or scenarios where traction is an issue. Steering becomes nearly impossible with 2WD engaged on paved surfaces.

No windshield is standard on either the Gear Up bike or sidecar, but they are optional, and adding them would definitely add to the pleasantry of a bug-filled country backroad excursion.

The Ural is a street-legal ATV, and there are those who propose that three-wheeled vehicles do not require a motorcycle license certification in some states, which would also tend to suggest that a helmet isn't required either -- bad idea.

If riding a conventional motorcycle is no longer physically an option or if you simply want to take your significant other or dog along for a ride, the Ural sidecar rig may well serve as the perfect mode of transportation.