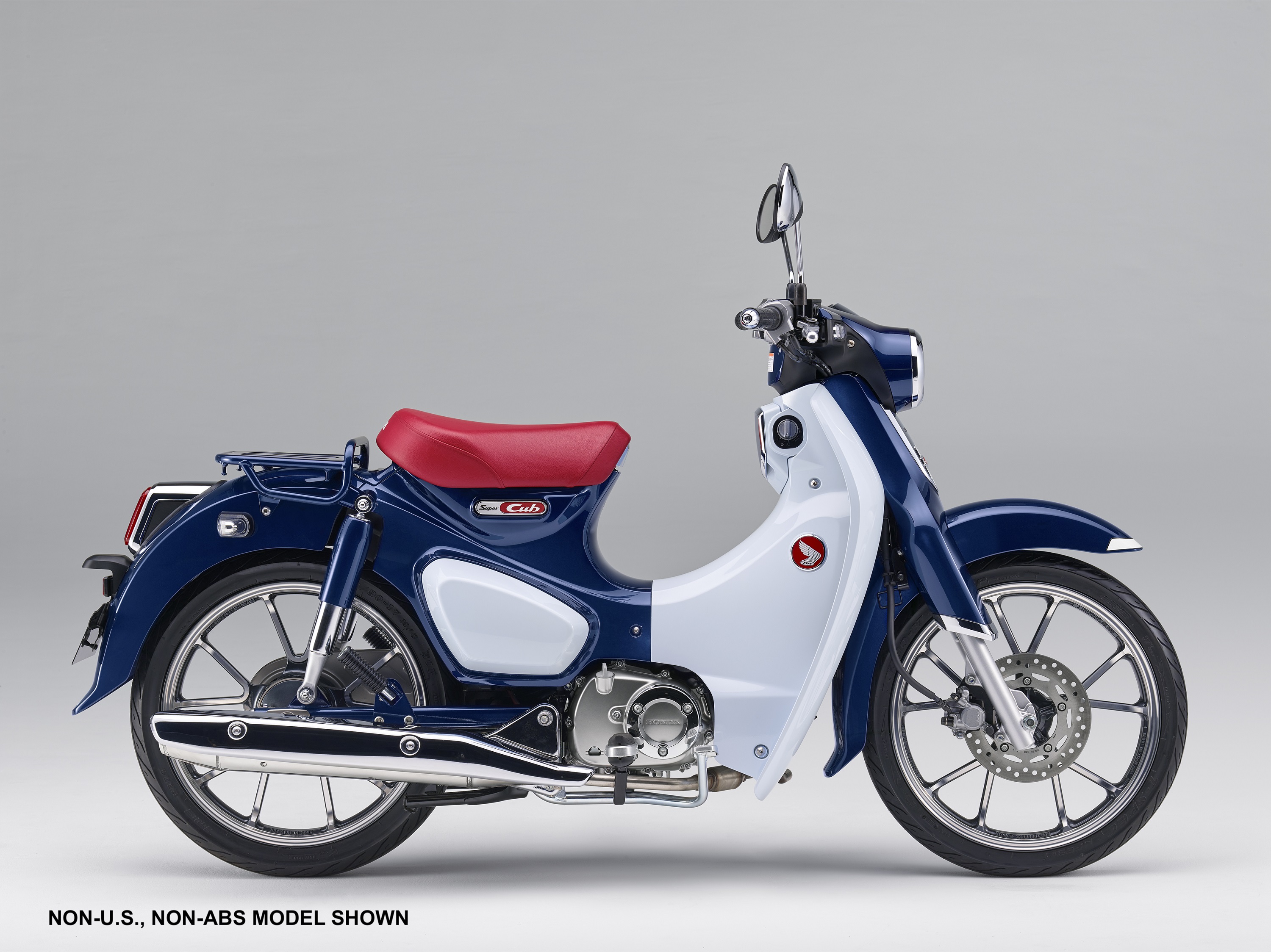 They looked at European scooters but felt the designs were already dated. The wheels were too small for rough rural roads and maintenance requirements weren't suited for undeveloped countries.

The story goes that Honda's design team wanted a motorbike that "could be ridden with one hand while carrying a tray of noodles." Two years later, the C100 was born and eventually released in America at their first overseas subsidiary: American Honda Motor Company.

That original C100 three-speed, auto-clutch, 50cc kick-start bike was wildly convenient. The leg-shield cowl and step-through frame changed both the look and demeanor of what the average person thought motorcycles looked like. It was small, easy to ride, nearly maintenance free, and, well, just darned polite. And it took the world by storm. 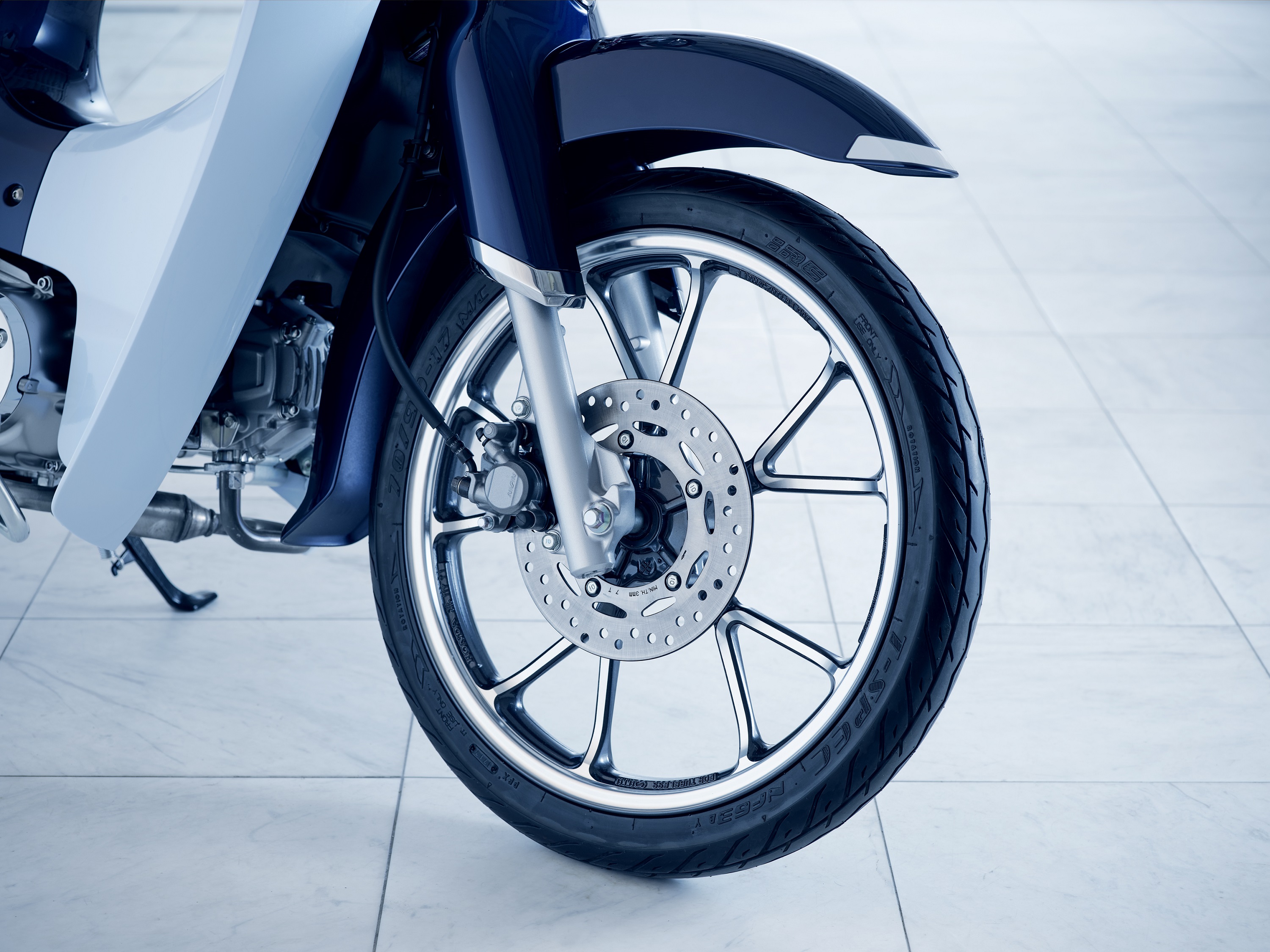 The Cub uses a semi-automatic clutch and a four-speed gearbox. Pressing the rocker-shift heel/toe pedal initially disengages the clutch, while further pressure changes the gears. It was awkward for me at first, until I learned to hold the shift lever briefly enough after the gear change to let the revs match before releasing it. It's actually an easier system for an inexperienced rider to manage than a friction clutch.

Seat height is a comfy 30.7 inches. The narrow seat and step-through leg shield allow riders of any stature to comfortably mount and dismount.

The 125cc SOHC two-valve, fuel-injected motor was borrowed from the successful-and-equally-cute Grom and Monkey bikes that Honda calls their miniMOTO series. The motor produces smooth enjoyable power through the rev range, but be sure to plan ahead if merging into fast flow. Although I was able to briefly see 60 mph, the defensive luxury of top-end torque is lacking. The C125 is not freeway legal and Honda is shy about performance specs but the Grom and Monkey versions were rated at a tick less than 10 horsepower.

The steel "under bone" frame is stiff enough for most urban road conditions. The 26mm telescopic fork and twin-shock rear suspension give a fore-and-aft cushion of 3.5 inches. Large 17-inch wheels handled our rough local asphalt far better than the Grom and the Monkey Bike, both of which sport 12-inch rubber. When pressed hard, the suspension felt a bit overwhelmed but it's not positioned as a sport bike. The handlebars are narrow, making lane splitting easy. The weight, fully wet and road ready, is 240 pounds.

The confident handling of the 48.9-inch wheelbase of the Cub allowed me to keep the urgent afternoon commuters at bay, but power to escape them was lacking. 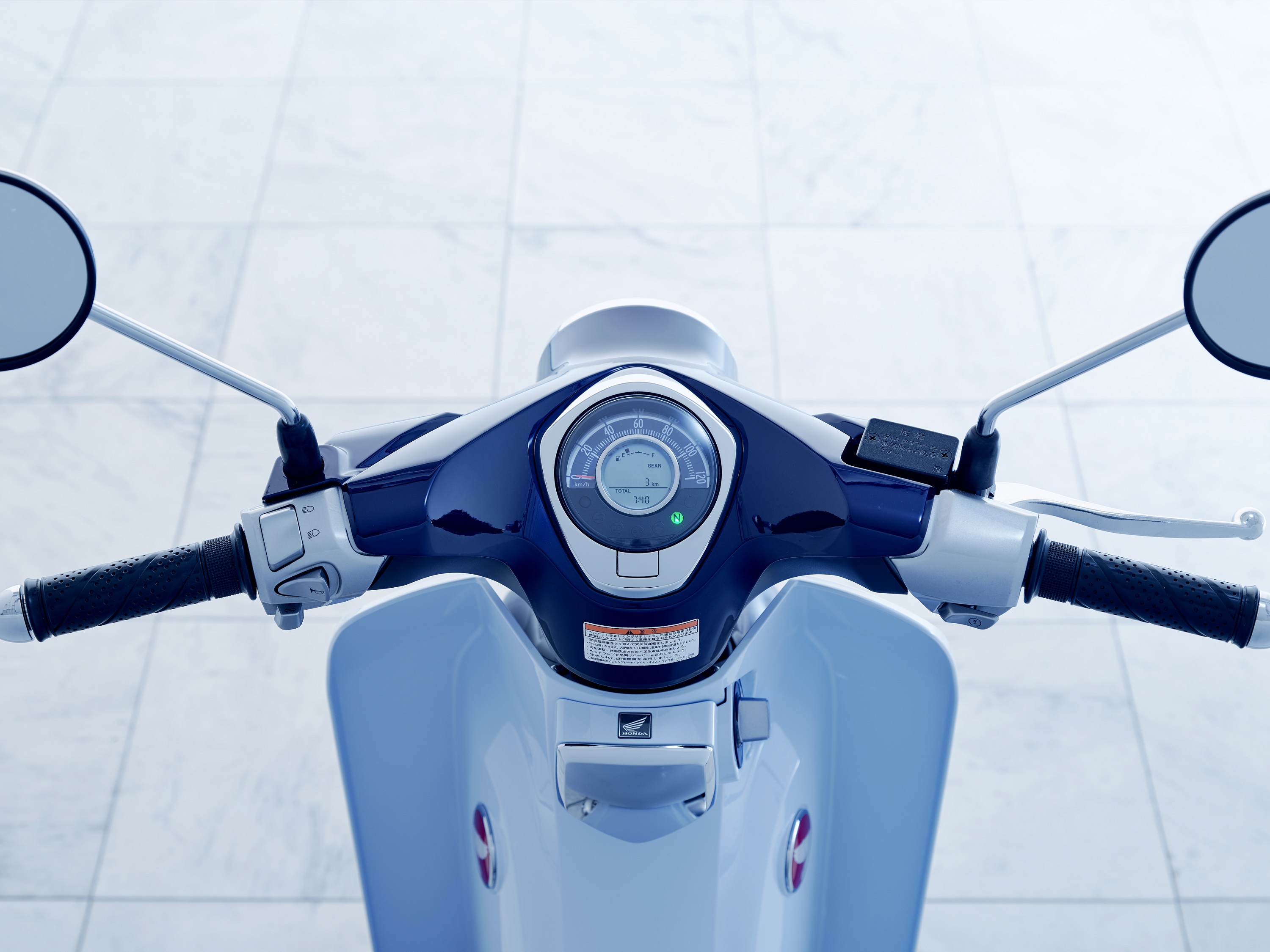 Around town, third gear is the best option. Top gear is for flat terrain or downhill riding. But speed is not where the Super Cub really shines. It's a fun and smiley bike, high in convenience.

Within minutes of my first ride, two motorists in traffic commented on the bike. When parked at Sunset Cliffs, it drew conversation like a puppy on the boardwalk.

What would I like to see? A luggage rack as standard and some storage, maybe a cellphone stash with a USB port. Five more horsepower would be a treat. Better mirrors, too.

What did I like? It's a huge grin to ride. Kept in its happy place, it's fun. It's not a big motorcycle, just a groovy little motorbike. After all, it is the original "Little Honda." MSRP is $3,599, plus destination charge of $190. 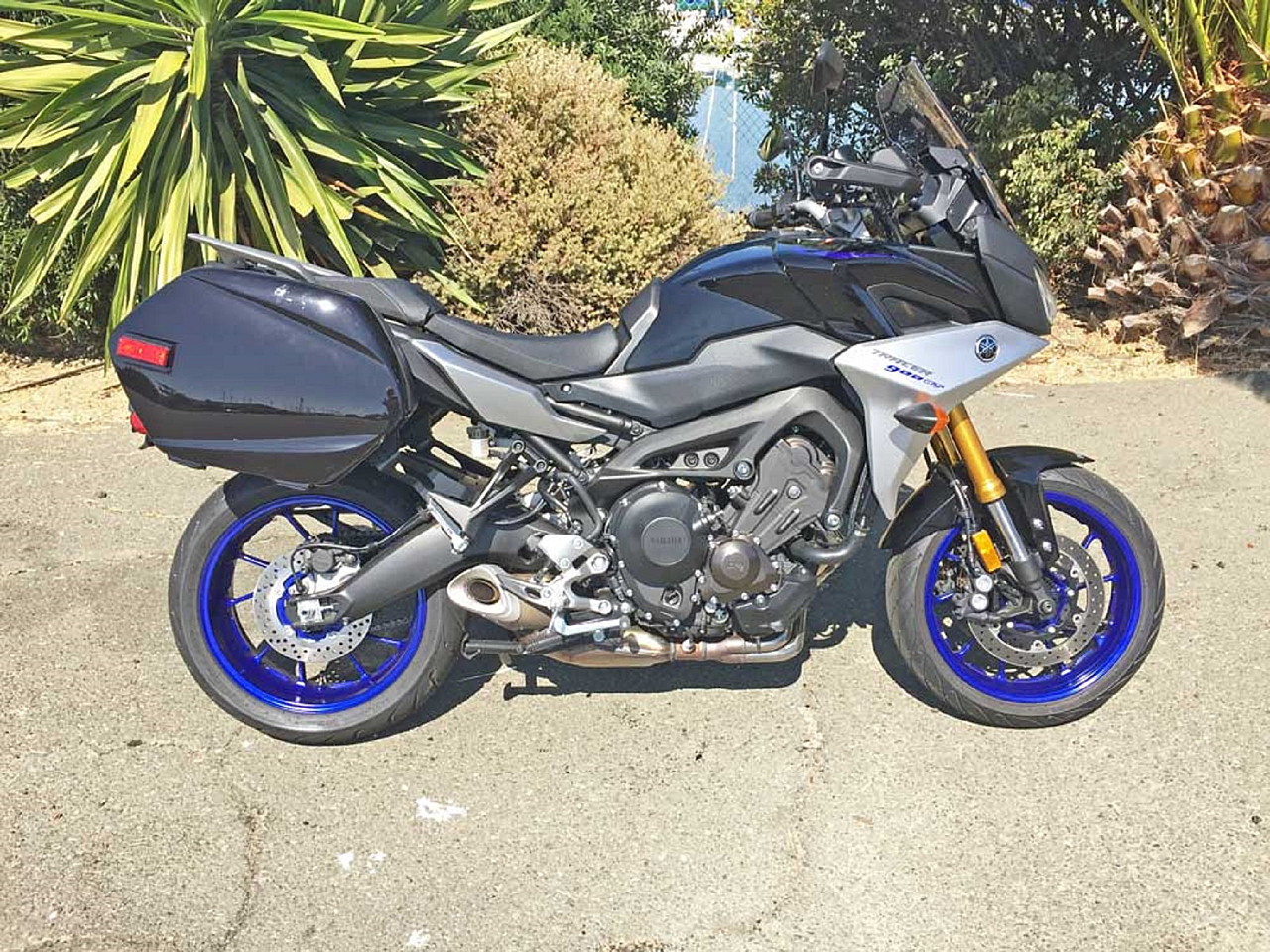