strong>Dear Doctor: I have a 2002 Suzuki XL-7. While stopped at a traffic light with the gear shift in drive and my foot on the brake the engine suddenly revs -- as if I had floored the gas pedal, which I didn't. As soon as I heard and felt the engine revving, I stepped on the brake as hard as possible and jammed the gear shift into park and turned off the engine. After two minutes I restarted the engine and the problem was gone. This has happened half a dozen times in two years. What do you think? Bruce 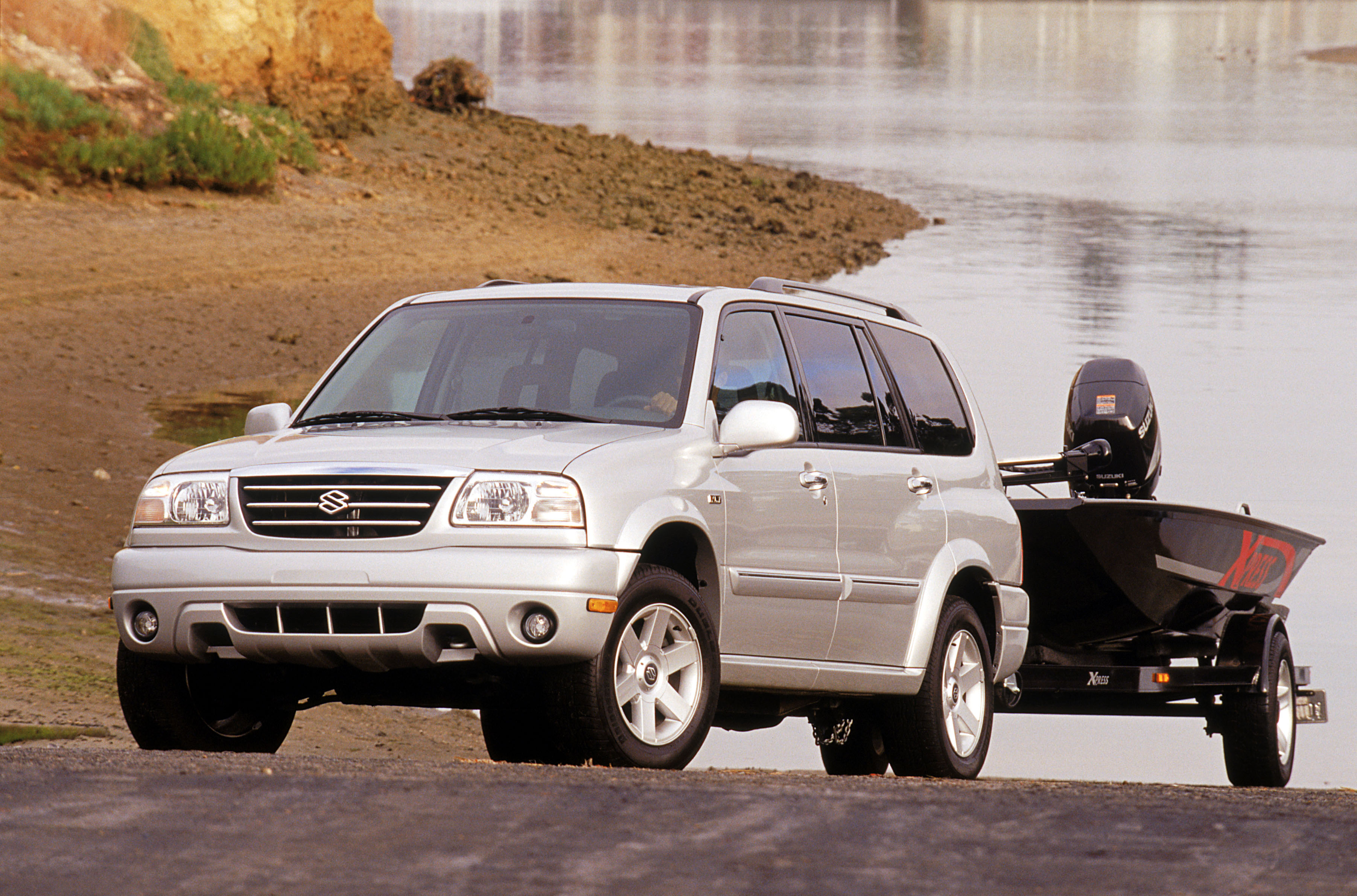 strong>Dear Bruce: It sounds like the electric idle air control motor is opening the intake air bypass area, allowing the engine race up as you describe. Throttle Position Sensors can also raise idle speeds slightly. A piece of moving carbon could also create a false idle signal and cause the idle motor to open and allow more air to enter the engine and raise the idle. The fact that you shut the engine off and restarted it and then it ran normally tells me the idle motor opened the passageway. It's also possible a faulty computer is the culprit. On a rare occasion a dirty throttle body can also cause an unwanted high idle speed.

strong>Dear Doctor: Is there any problem driving with a gas tank that's only one-eighth to one-quarter full? If, so, then what could happen? John

strong>Dear John: You should never run the gas tank below one-quarter. All vehicles have an in-tank electric fuel pump that is cooled by the gasoline it sits in and will operate at higher temperatures and could overheat. Also, when going around a corner the suction tube can suck air and dirt from the low fuel level. The engine computer will also compensate for the low fuel level by richening up the engine fuel management so that the engine will not run lean. I always recommend refilling the tank on or at the one-quarter level.

strong>Dear Doctor: My 2011 Honda will soon need new brakes. Page 19-27 of the Honda Service says: to refinish the brake discs use a Honda-approved commercially on-car brake lathe. My Honda dealer says that they take off the discs to refinish them, as that is a better way to refinish them. Who is right? Joe

strong>Dear Joe: This is a great question for every vehicle owner. We do 10-15 brake replacements a week. I cannot remember the last time we resurfaced a brake rotor. If the rotor is not scored and there is no brake pulsation at 60 mph, then we just deglaze the rotor and install new brake pads. We pay close attention to the caliper slides and whenever possible replace the brake pad stainless steel hardware. I seldom use factory brake pads. I use quality aftermarket pads and high-quality rotors when needed. As for rotor resurfacing, feel free to go with either on- or off-car resurfacing if this is the way you want to go.

strong>Dear Doctor: My brother-in-law has a Mercedes-Benz that has been sitting for six months with a dead battery. He would like me to charge the battery and start the engine. Will the battery take a charge after sitting for so long? Ray

strong>Dear Ray: Here are a few things to consider: First, is the battery dead or just low in charge from sitting? Second, if the battery is more than three years old, then it should be replaced. Some of the new solid state battery chargers will not recharge a dead battery; it may need to be removed and taken to a shop. Finally, if you are going to charge the battery, then I suggest you disconnect it before charging it.

strong>Dear Doctor: I look forward to reading your advice and find comments very educational. I've been noticing an extraordinary number of late model vehicles with at least one Daytime Running Light LED cluster of lights not working (mostly on Audi vehicles). It doesn't look like it's from the age of the vehicle, since they are relatively new cars. Is this a widespread defect? Are these outages covered under manufacturers' warranties? How expensive are the repairs? I have regular DRLs on my three Toyotas (MY 2001, 2005, 2006), and they are still operational. Bill

strong>Dear Bill: You have sharp eyes and there are fair amount of LED lights that fail. The reason why you notice Audi is because the majority of Audi vehicles have LED day time running lights. You will also now start to notice many more LED night time lights, as well on many new models. Look back on all the regular style DRLs that have just one out; I have replaced my share. The cost of replacement varies with the vehicle