2011 Nissan Juke is Sporty Blend of Car and SUV

Nissan introduces a new and uniquely designed sport cross vehicle, the Juke, inspired by a number of lifestyle activities including motorcycles and rally cars. 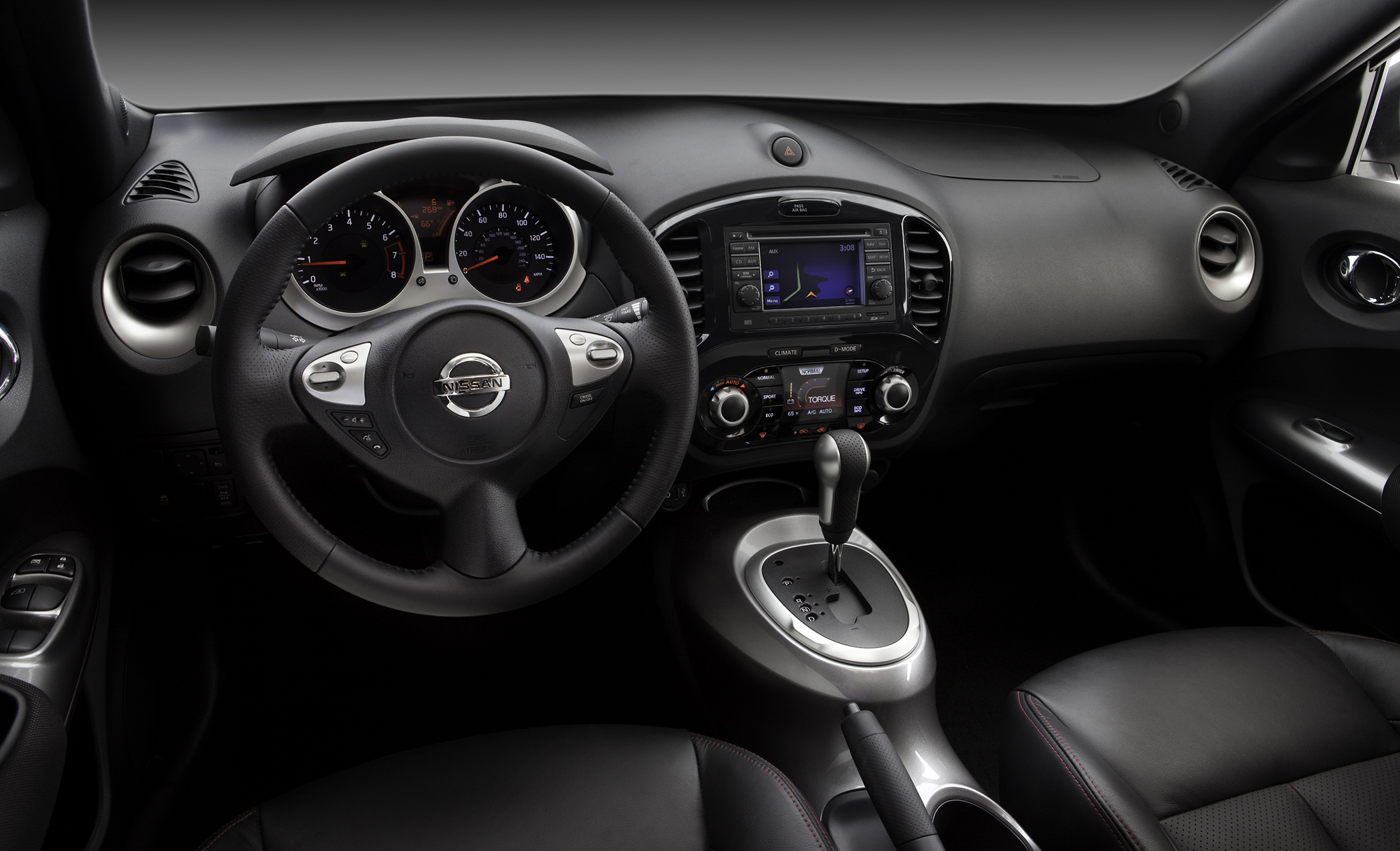 The 2011 Juke is a four-door, five-passenger, sporty crossover that will compete with traditional hatchbacks. The Juke name comes from the sports term "to juke" or to catch one's opponent off-guard, enhancing one's personal competitive advantage. Juke does that with a vengeance.

It is bold and athletic in its appearance, combining the best qualities of a sporty sedan and an SUV -- and blending them in an innovative design form that delivers efficiency and driving fun in an affordable package.

The 2011 Nissan JUKE displays a basically conventional styling approach until you look at the front end, where the conventionality ends. Its raised directional signals rest atop the fenders. What initially appears to be grossly oversized fog lamps that are placed low in front, flanking the grille, are the headlights. The actual fog lamps are recessed deeply into the leading lower diffuser, almost hidden from view.

The Juke's profile gives off an almost coupe-like image with its blacked-out B-pillar and rearward sloping roofline. The Juke's rear door handles are integrated into the leading edge of the C-pillar. Wheel wells are emphatically pronounced by large fender-like bulges. 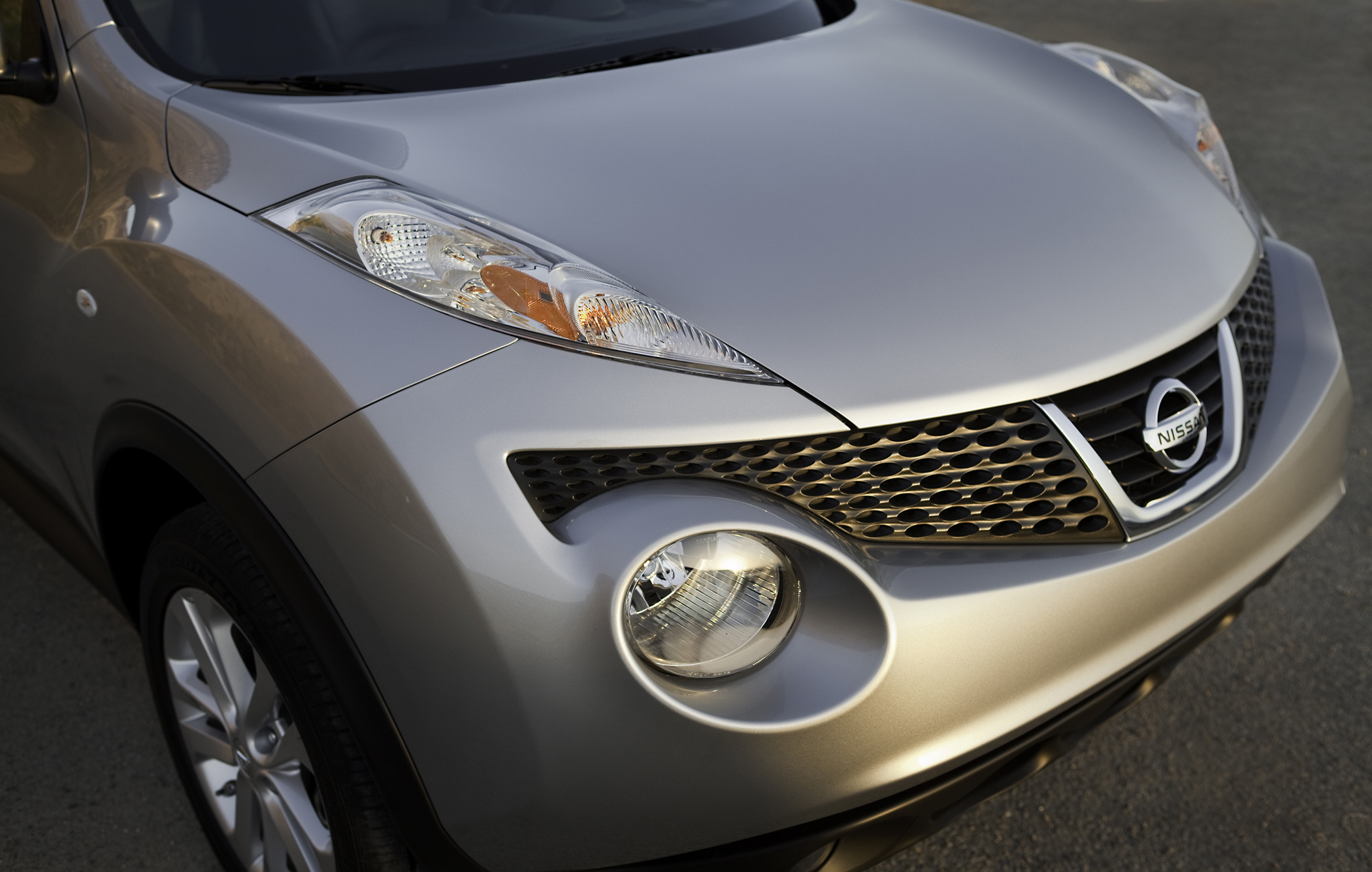 The interior provides a high shift point in the center console, placed within what resembles a motorcycle tank mounted console. Seating is both comfortable and supportive with the second row split into a 60/40 configuration that folds flat to provide a large cargo floor, adding to Juke's versatility and functionality.

In the powertrain department, there is but one engine choice: an all-new 1.6-liter Direct Injection Gasoline 16-valve turbocharged aluminum-alloy engine that cranks out 180 horses at 5,600 rpm while generating 170 lb.-ft. of torque in a range from 2,000 to 5,200 rpm. The engine connects to either a six-speed manual gearbox or to Nissan's advanced Xtronic CVT.

The Juke comes in three trim levels: the base S, upscale SV and top-of-the-line SL. Pricing begins at $18,960 for the S model with CVT in FWD. A fully loaded SL version in AWD with CVT will run north of $24,500.

I was able to spend time behind the wheel of the Juke in SV trim, both in a front-wheel-drive model with a manual gearbox and a CVT version with all-wheel drive. The 2011 Nissan Juke actually provides a breath of fresh air in both its styling and performance.

The 1.6-liter motor delivers plenty of punch for a four-cylinder, and the Xtronic CVT transmission is among the best of the continuously variable transmissions out there. Playing with the manual shift mode of the CVT produced crisp gear change effects, up or down. The six-speed manual transmission on the other hand delivered a much higher fun factor, but produced what seemed to be a whine, more noticeable with the windows down. The AWD version seemed to be more planted than did the FWD model.

The Juke is sure to attract consumers who enjoy spirited driving characteristics in well-equipped, value-laden packages.