The fourth and latest model to join the ever-growing Mini family is the all-new 2011 Countryman. It delivers maximum interior space within a minimum footprint. 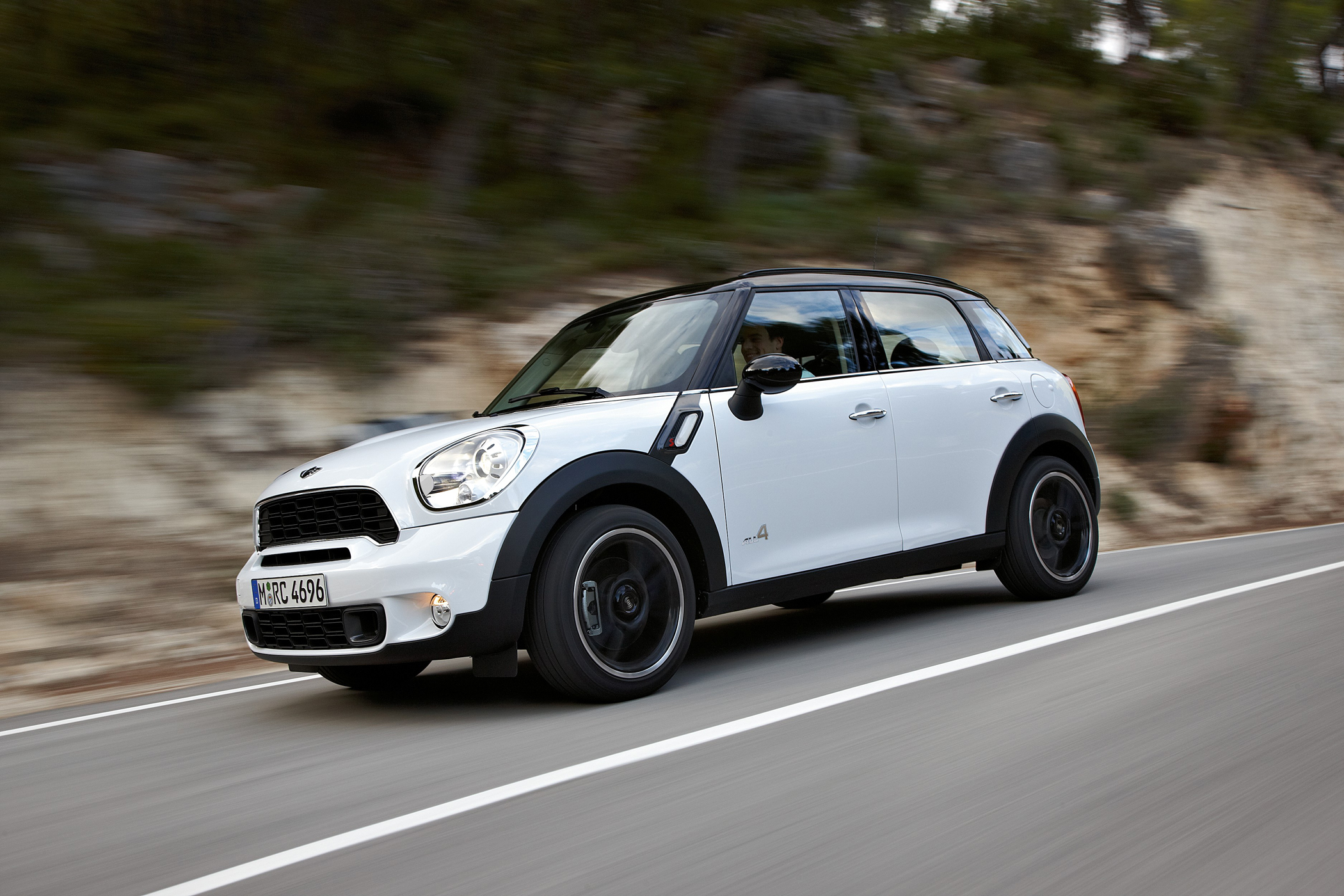 The Mini Cooper Countryman is both longer and taller than its sibling models. It provides Mini's iconic Go-kart driving sensation, but with additional space and functionality in Mini's first four-door configuration that is quieter and more comfortable, with available all-wheel drive.

Power for the Mini Countryman comes in two forms of a 1.6-liter four-cylinder engine -- one naturally aspirated and one with twin-scroll turbocharging. Pricing for a Mini Cooper Countryman begins at $21,650, with a well-equipped top-of-the-line Mini Cooper S Countryman with ALL4 starting at $26,950.

The Mini Countryman faithfully re-interprets Mini's classic features such as: the roofline; the hexagonal radiator grille element; the large headlights and turn signal indicators integrated into the engine lid; the prominent wheel arches; and the upright rear light clusters. The noticeably wide frame around the lower body and the boldly flared wheel arches highlight the car's athletic character. 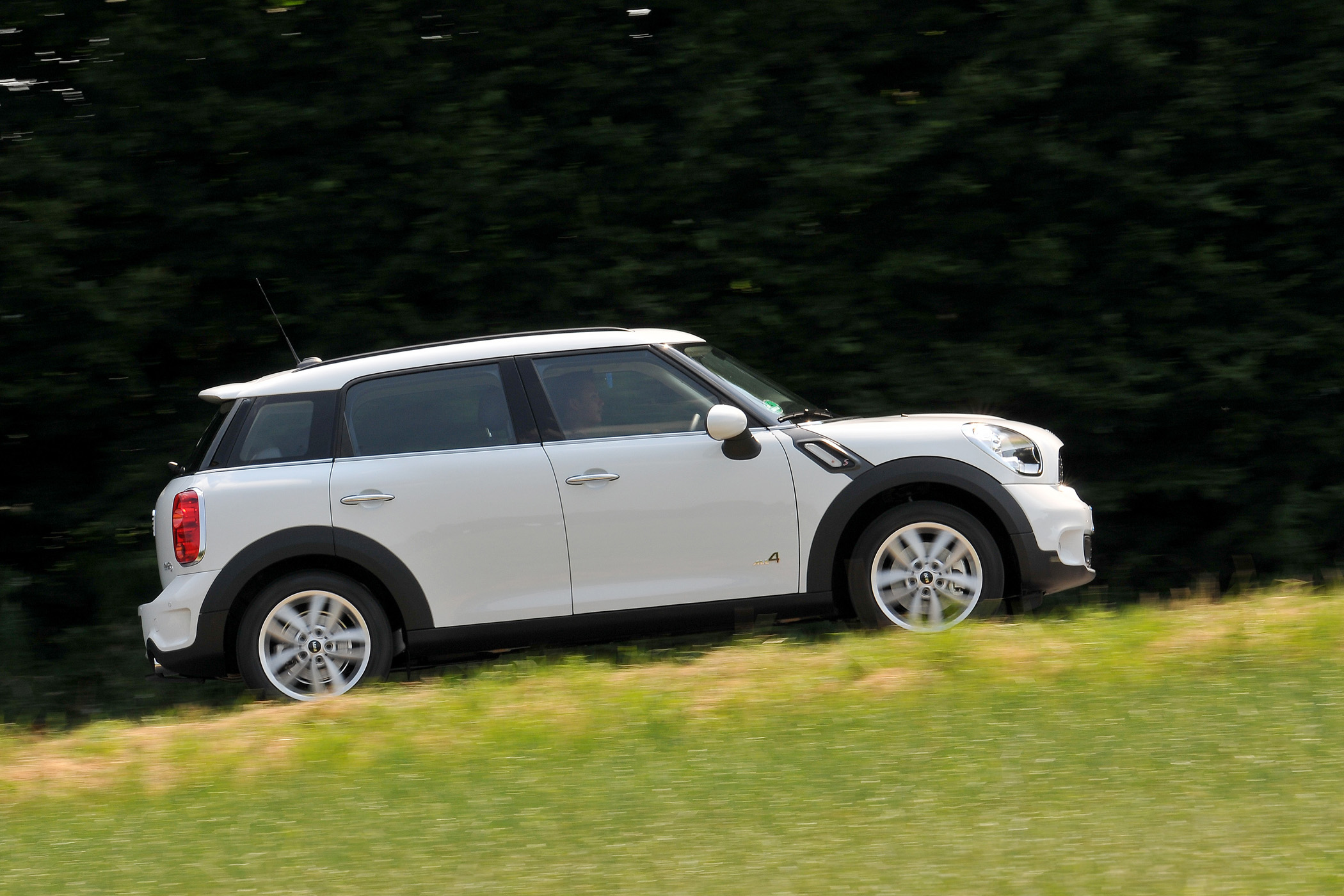 The rear air dam functions as a diffuser, guiding the flow of air beneath the rear of the car and optimizing its aerodynamic properties. The most powerful model in the range also stands out through its special roof spoiler, a twin-chamber exhaust system and striking openings in the rear wheel arches.

The seating position is slightly elevated guaranteeing comfort and optimizing the driver's all-round view. The most unique interior feature is its innovative Center Rail system, which extends from the front to the rear replacing a conventional center console. It opens up individual options for integrating various storage boxes, cupholders, external audio devices, mobile telephones and other comfort features.

The rear seats move fore-and-aft 5.1 inches independently, and the backrests tilt for angle or fold flat, offering up to 41.3 cu.-ft. of space in the boot -- enough for two mountain bikes with their front wheels removed.

My test Mini Countryman was a Cooper S version with the six-speed manual gearbox and all-wheel drive. The base price was set at $26,950 with optional features and equipment elevating the final sticker to $35,400. A fully loaded model delivers a hefty inventory of standard features and equipment, as well as lengthy list of optional fare. Both active and passive safety technological features abound such as: ABS, DSC, DTC, EBD, and Hill Start Assist. Tires are of the run-flat variety.

The Mini Cooper S version of the Countryman with ALL4 and manual shifter seems to be the "Mini with the mostest." It is by far the most comfortable Mini model available in terms of interior ambience and ride quality.

Acceleration is above brisk and the handling characteristics are truly "Go-kart-like". I'm not a big fan of the "T"-handle parking brake, with its release positioned beneath the handle that feels awkward to manipulate. A left-side button release button would be more intuitive and easier to operate.

The price point of a fully loaded, top-of-the-line Countryman may seem initially hefty, but the feature content and added size and resultant functionality and versatility certainly brings it into a worthwhile perspective. The Mini Countryman is genuinely ALL4 fun and fun for all.