Kia just launched its freshened Soul for the 2012 model year. There are significant modifications to the new Soul lineup, including more power and a smooth 6-speed automatic transmission, yielding improved fuel economy -- up 10 percent. 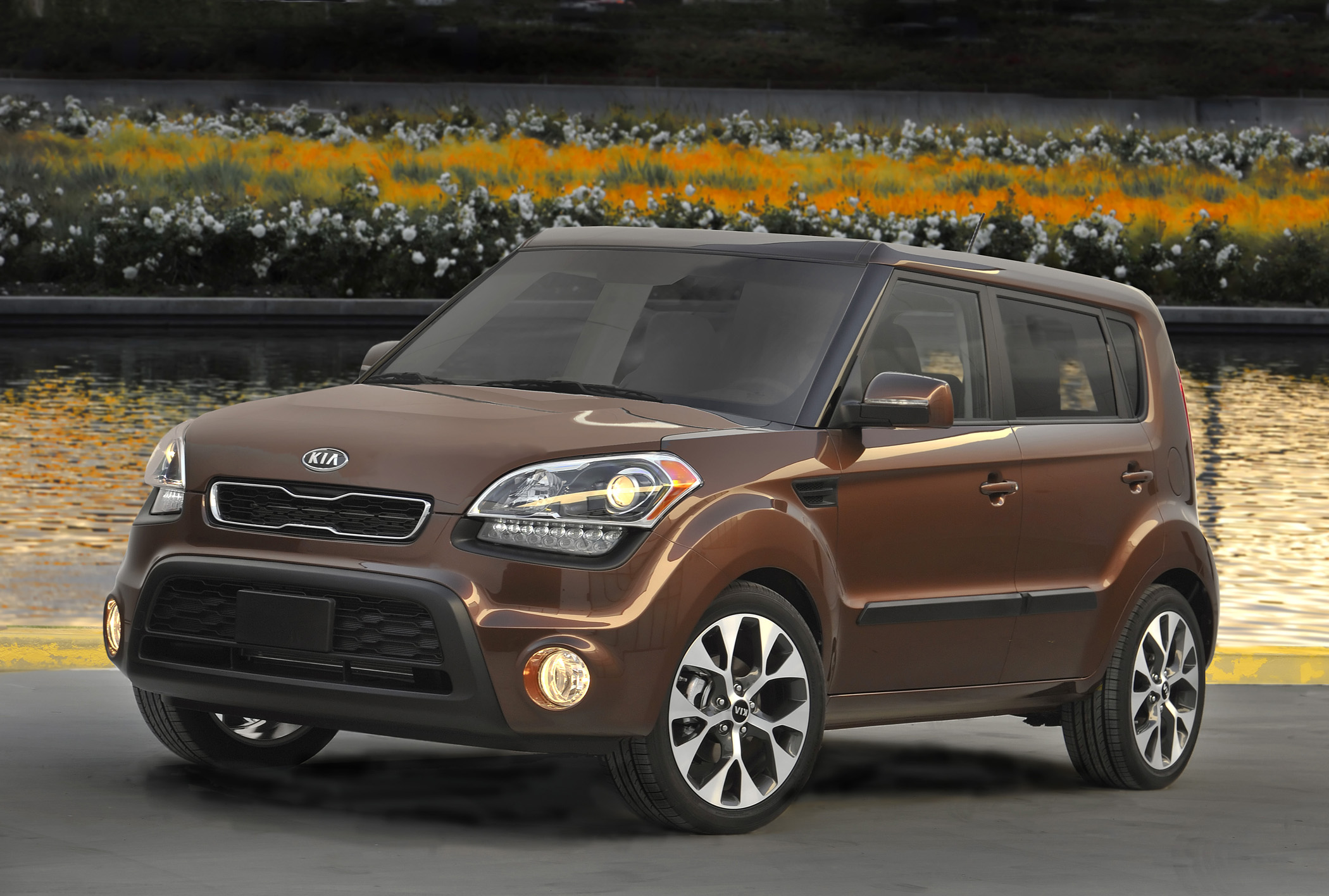 Manufacturer photo: The Kia Soul hatchback enters the 2012 model year with a fresh and updated look and more power

The new Kia Soul has managed to retain its somewhat "funky" out-of-the-box charisma, but in addition to its newfound power, it also features a refreshed front fascia. New projector beam headlamps with LED accents and LED lighting all around, plus a 7-inch touch-screen infotainment system. The new Soul maintains the same wheelbase, but is longer overall, and is lighter.

The front-wheel-drive Soul is a compact five-passenger, five-door hatchback. It is poised to do battle firsthand with the Scion xB and Nissan's Cube. Let's face it, given the state of today's economy, buyers are ready to consider purchasing vehicles that are visually appealing, comfortable, functional and economical to operate. 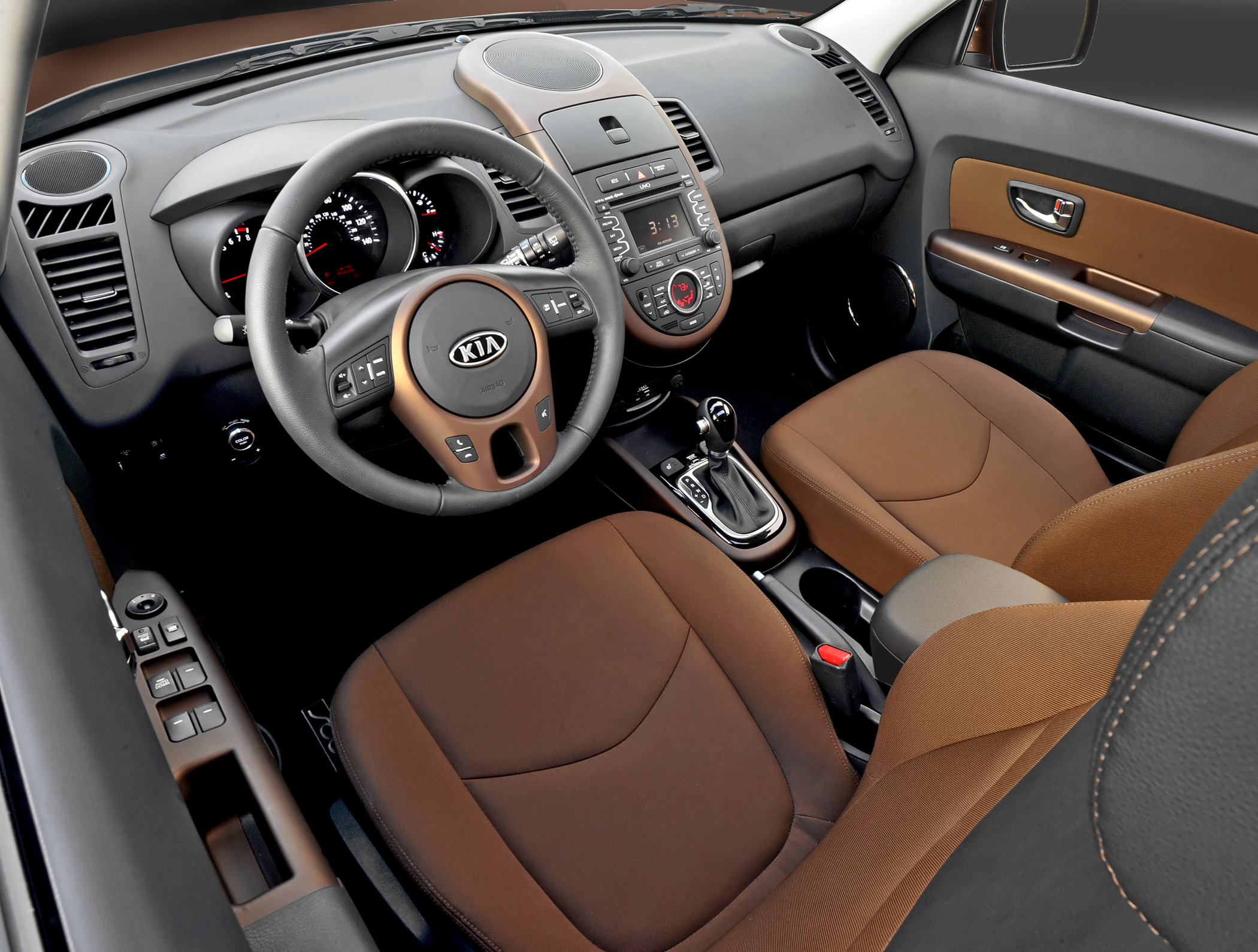 The Soul displays a reverse wedge greenhouse with blacked-out "A" and "B" pillars, giving the roof a floating effect. Wheel-well arches are highly pronounced in the form of fenders. Front air inlets housed below the grille take on the look and form served up by Audi.

The interior features a floating center stack, driver-oriented gauges and a comfortable cabin ambience. There's also a dual-level glovebox and an under-floor cargo tray. Soul offers a host of exterior colors and three interior two-tone combinations, along with more than 50 ways to personalize one's vehicle, characterizing it to suit individual tastes and requirements.

My test 2012 Soul came in Exclaim (!) trim with the 2.0-liter engine and 6-speed automatic finished outside in Alien Green metallic, with the inside done in Sand and Black. The 2012 Kia Soul Exclaim is fun to drive and represents practical transportation in a package that displays a whimsical, yet stylish flair.

Acceleration is not blistering, but is adequate with a little spirit thrown in for good measure. The electric power steering is speed variable, which takes a little getting used to but is responsive enough to create smiles through the twisters.

The ride quality is comfortably compliant, however, the boxy form offers a substantial target for 50 mph cross winds when crossing a bridge like San Francisco's Golden Gate span. It's a good idea to focus totally on keeping the Soul within its lane stripes when cooking along at freeway speeds. The automatic transmission shifts nicely, though I prefer manual gearboxes.

There are lots of thoughtful storage nooks and crannies, along with cool, quirky features such as the audio speakers that flash mood lighting to match the bass notes. Rear seat passengers will find sufficient space behind even tall front seat occupants. Add the squarely good looks to the 10-year/100,000-mile limited powertrain warranty and the Soul on any level provides a hip, value-packed compact ride.