Looking for a small car that's big on features? You just might want to check out the all-new 2012 Nissan Versa sedan. The Versa offers midsize vehicle technology and equipment at a compact price. 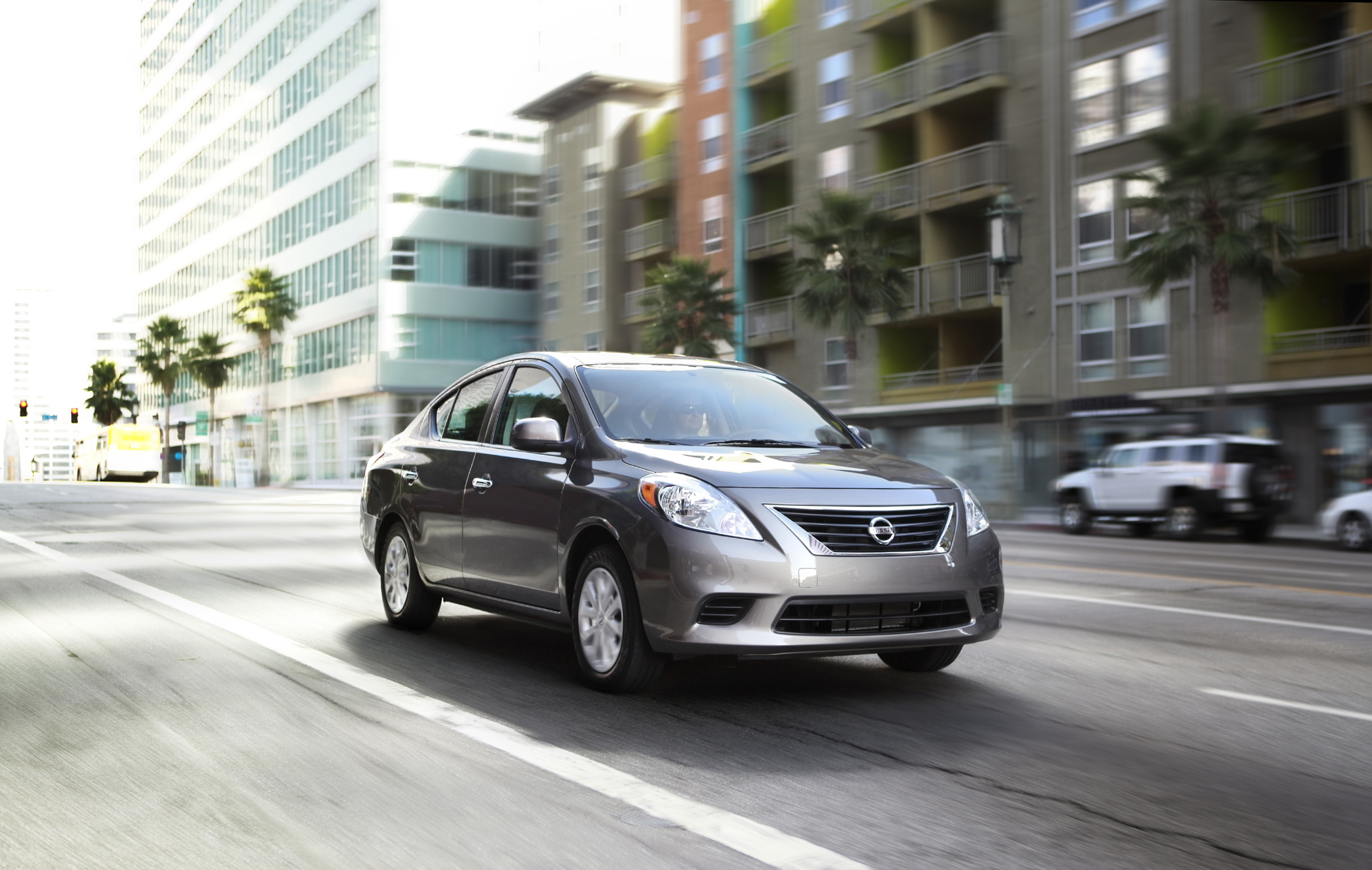 The 2012 Versa sedan appears to be small on the outside while providing a surprisingly spacious interior, with class-leading roominess. And, Versa delivers innovation that's within reach for those on a tight budget. The Versa sedan boasts the lowest starting price of any of its competitors at $10,990. It's a real car with value including standard air conditioning.

Versa is based on a new global "V" platform (for versatile) and is the result of a clean-sheet ground-up design that takes small cars in a new direction. Nissan is making a statement that style needn't be sacrificed for affordability, a roomy interior, a smaller footprint or drivability to achieve worthwhile fuel mileage.

Powering the all-new Versa compact sedan is a 1.6-liter four-cylinder with sequential multi-point fuel injection that generates 109 horsepower at 6,000 rpm along with 107 lb.-ft. of torque at 4,400 rpm. The engine is mounted up front in an East/West orientation, and drives the front wheels through a second-generation CVT featuring a sub-planetary gear set. A manual 5-speed manual gearbox is available only with the base S model. 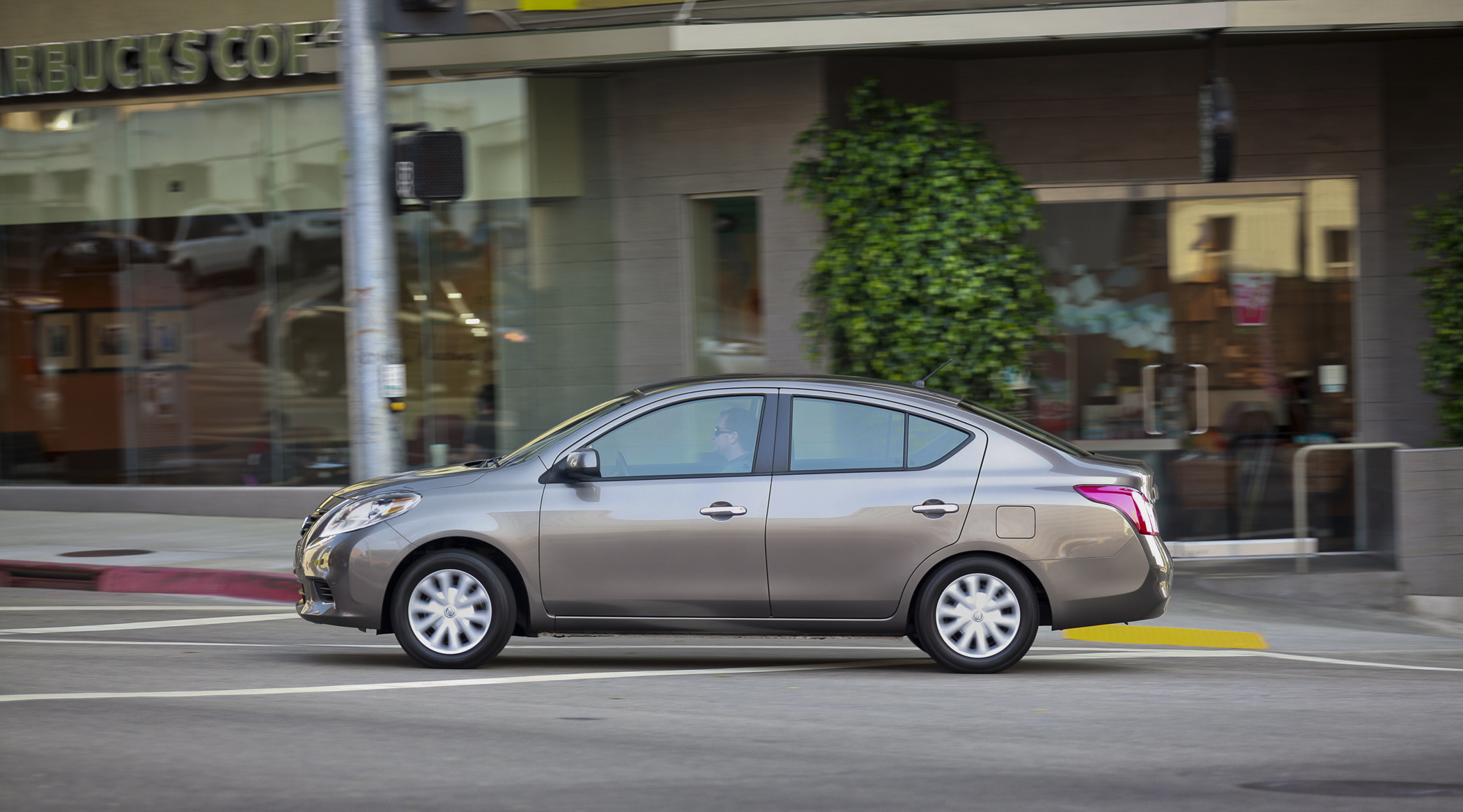 The 2012 Versa sedan displays a slippery 0.31 coefficient of drag thanks to an all-new exterior design and refreshing character, including the first use of Nissan's new signature sedan grille. Its overall form showcases a longer, lower and wider image than the outgoing model.

While the Versa 5-door hatch version remains unchanged for 2012 model year, the all-new sedan is offered in three trims: S, SV, and SL. The CVT transmission is available in the S model in place of the manual -- all other models come only with the CVT. Prices range from the entry-level $10,990 for the S with the manual transmission to $15,560 for the top-level SL model. Add $760 for destination and handling.

Over the summer I was afforded the opportunity to test a pre-production example of the 2012 Versa sedan in SV trim that sported an exterior finish in a Cranberry Red hue with a Charcoal-toned interior. The base price was set at $14,560.

Acceleration for the new Versa is not blistering, but is certainly adequate. The ride quality delivers a comfortable journey, with positive handling attributes. Considering its price point and high value feature content, the 2012 Nissan Versa represents itself as an outstanding and practical sedan. I personally see it as being more appealing to young marrieds with no children who seek an attractive, affordable vehicle that delivers efficient fuel economy along with an enjoyable driving experience.

strong>Available options include: a Tech Package ($700); a Convenience Package ($350); and a Cruise Control Package ($350). The Tech Package includes a $400 Navigation System with NavTraffic. Also available are 15-inch aluminum alloy wheels and a 60/40-split fold-down rear seat.