Mercedes-Benz has undertaken a major restyling of its popular C-Class sedan for 2012 that incorporates more than 2,000 new parts, along with a redesigned interior. In addition, a new coupe version makes its debut, complete with athletic AMG styling. 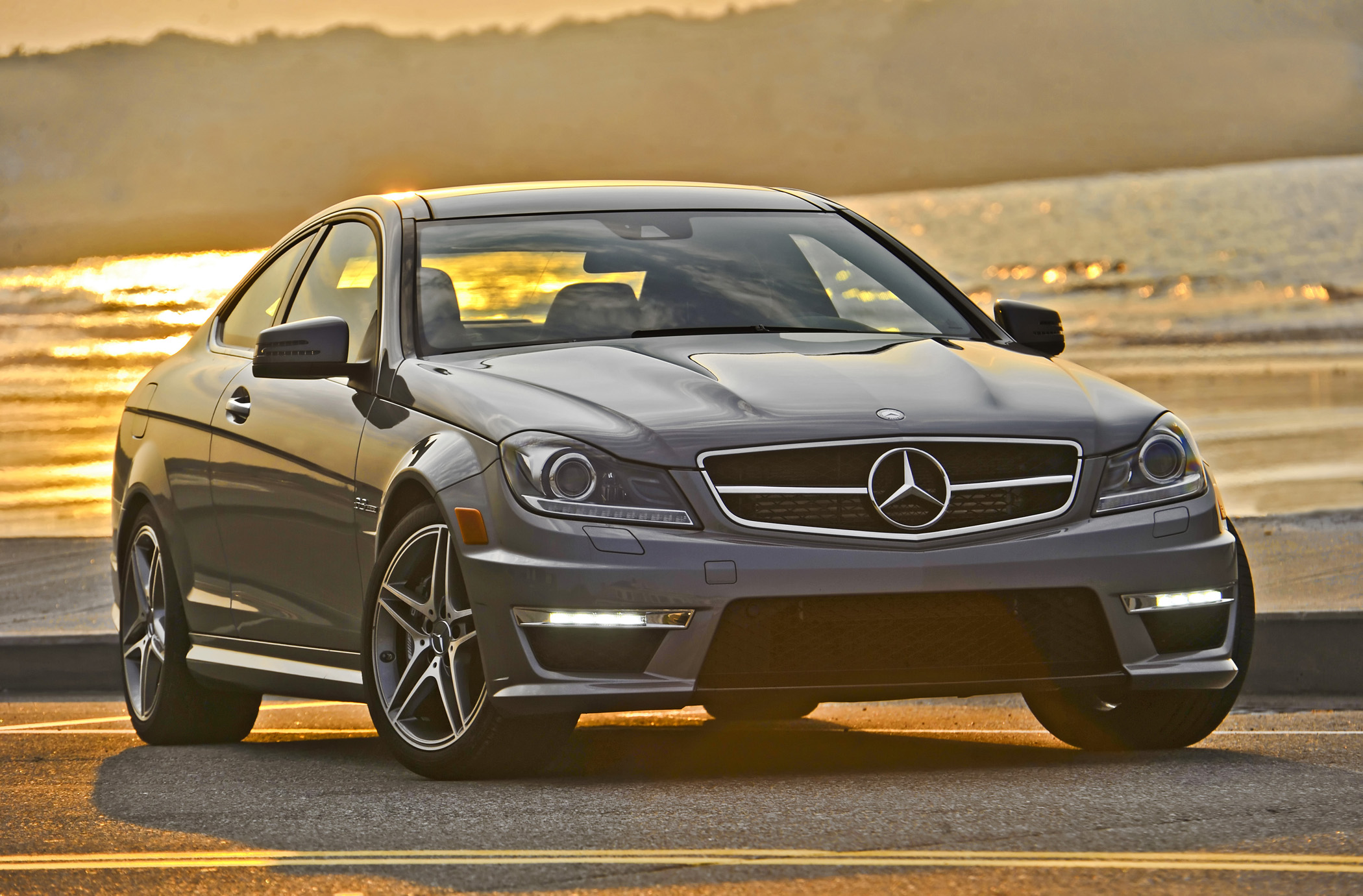 The addition of the new coupe brings the C-Class offerings to seven models in two body configurations. Both the coupe and sedan are available in a range of models. The 2012 C-Class pricing starts at $34,800.

The Mercedes C250 draws its power from a new direct-injection, 201-horsepower turbocharged, 1.8-liter engine; the C350 is powered by a new direct injection, 3.5-liter V-6 with 302 horses; and the high-performance C63 AMG model that hurtles down the road courtesy of an AMG hand-built naturally aspirated 6.3-liter V-8 delivers 451 horsepower. The C-Class sedan is also available as a C300 with standard all-wheel drive, powered by a proven 3.0-liter, 228 horsepower engine. All of the 2012 C-Class models feature a newly revised seven-speed automatic transmission, except for the C63 AMG with its MCT gearbox.

The new 2012 coupes possess sporty attributes, while the C250 and C300 sedans may be ordered with either Sport or Luxury features and equipment. In addition to a grille-mounted star, the C-Class sedans are easily identified by AMG aero-cladding, with deeper front and rear aprons and under-door rocker panels. 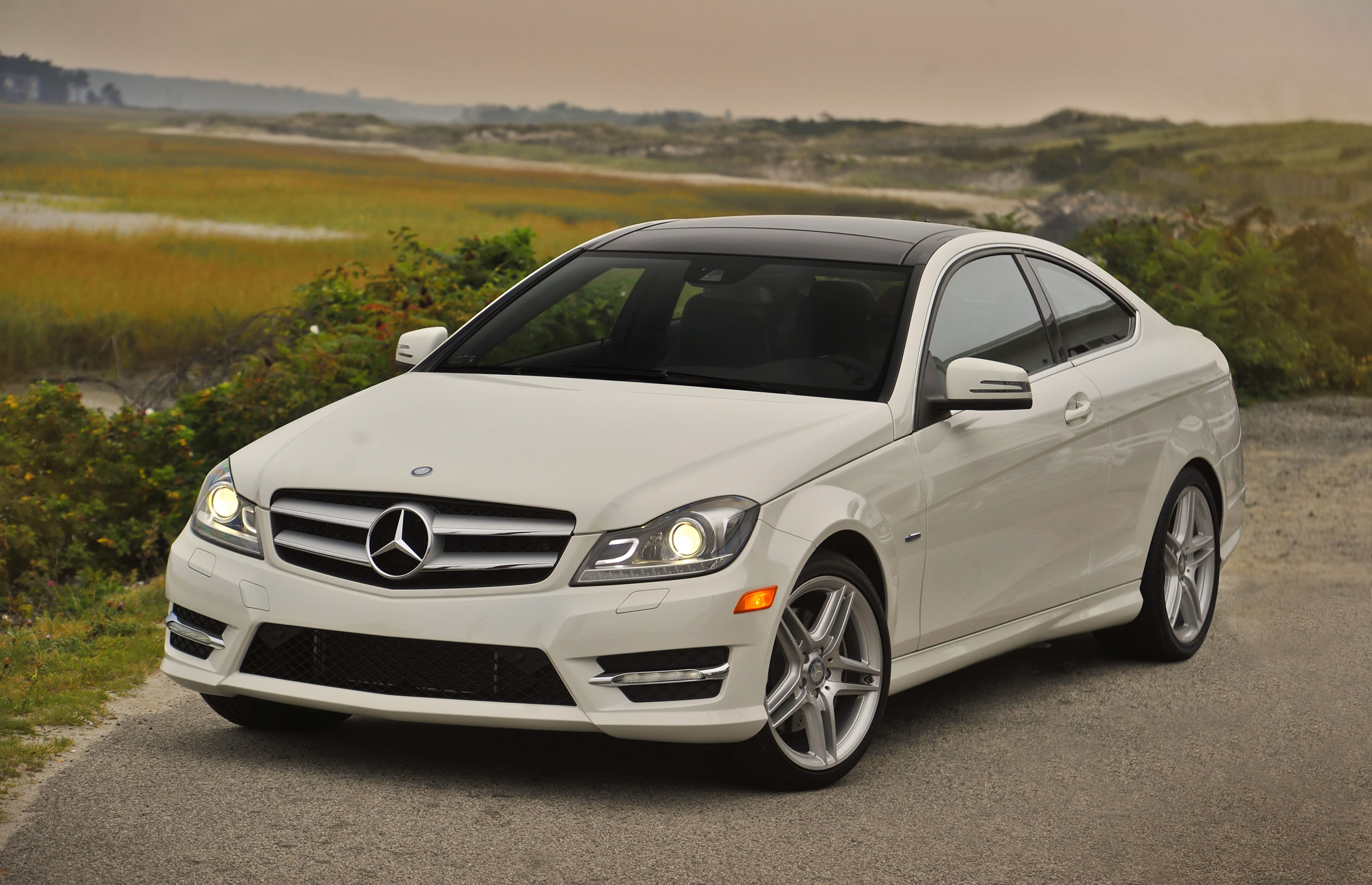 My driving partner and I picked a C63 AMG coupe with a Mars Red exterior to spend our time in during the national press launch program of the new C-Class. It came with a base sticker price of $61,430, which rose rapidly to $78,405 after factoring in additional features and equipment as: carbon fiber trim, rearview camera, limited slip differential lock, keyless go, the AMG Development Package, COMAND 6-disc package, lighting package and gas guzzler tax.

Indeed, that's a lot of money for a C-Class Mercedes, but the C63 AMG is no ordinary C-Class. The 2012 Mercedes-Benz C63 AMG Coupe displays a near perfect shape and proportion, literally oozing an artistic sexiness in an expressive, emotionally stirring design, while delivering a lofty level of performance capability, along with outstanding handling characteristics.

Acceleration is blistering, launching the car from 0-to-60 mph in a mere 4.4 seconds. The 2012 Mercedes C63 AMG sticks to the road like glue, remaining flat, stable and secure in the twisties. Yes, the ride quality is exceptionally firm, but not objectionably so, especially to a dyed-in-the-wool driving enthusiast or gearhead.

The car is so alluring to behold and entertaining and satisfying to drive, that both my copilot and I felt no urge to experience seat time behind the wheel of the other new models. Hey, a sedan is a sedan and a coupe is a coupe. Yes, the new four-cylinder engine is an important addition in the C-Class lineup, and yes, the sedan is expected to represent the highest sales results, but the C63 AMG is such an incredible machine, it just seemed to beg for our full attention.

Let's face it, some cars are just more impressive than others -- the 2012 Mercedes-Benz C63 AMG Coupe is such a car.