When American muscle cars were in their heyday the focus was how quickly a vehicle was able to cover the quarter mile, with straight-line performance as the key factor. That's no longer the case. 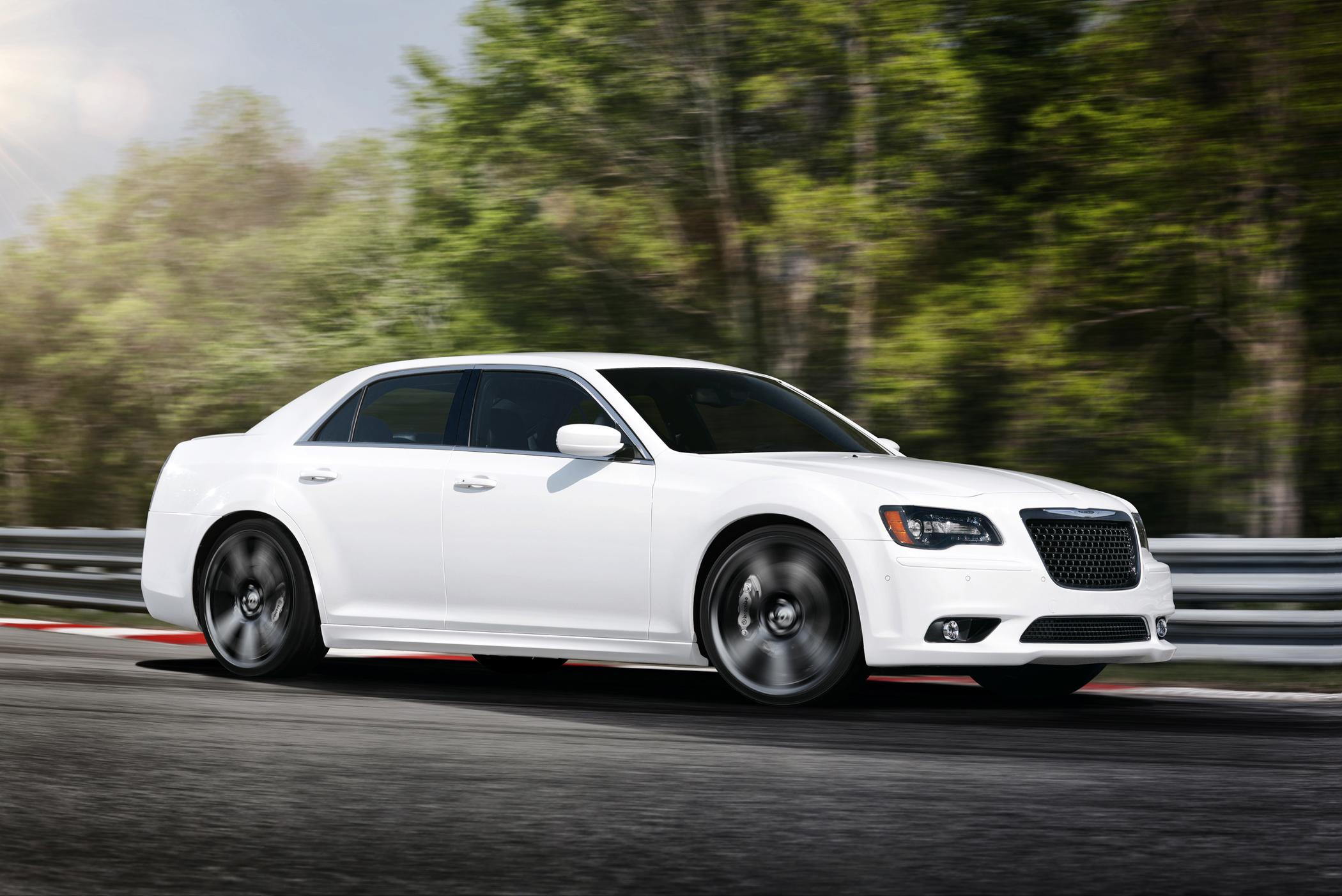 The 2012 Chrysler SRT8 (Street Racing Technology) serves up more than a big-bore Hemi V-8 powerplant. It represents an all-around performance package with astounding acceleration, positive handling characteristics, tremendous braking ability and other no-nonsense performance enhancements -- inside and outside.

The all-new 2012 300 SRT8 is essentially Chrysler on steroids. Performance, every aspect of it, is enhanced to deliver pure driving enjoyment to the avid gearhead.

Today's 300 SRT8 is a rapid transit rear-wheel-drive machine that takes its power from a 6.4-liter OHV HEMI V8 with sequential, multi-port electronic, returnless fuel injection and automatic fuel saver technology that pumps out 470 horsepower at 6,000 rpm, along with a like amount of 470 lb.-ft. torque at 4,200 rpm. The engine hooks up to an adaptive electronically controlled Auto Stick transmission with driver-interactive manual control and steering wheel-mounted paddle shifters with an electronically modulated torque converter clutch.

The mighty HEMI V8 has been lovingly and painstakingly "tweaked" by the SRT team. The horsepower per liter rating exceeds that of the legendary Street HEMI examples of the 1960s and 1970s. 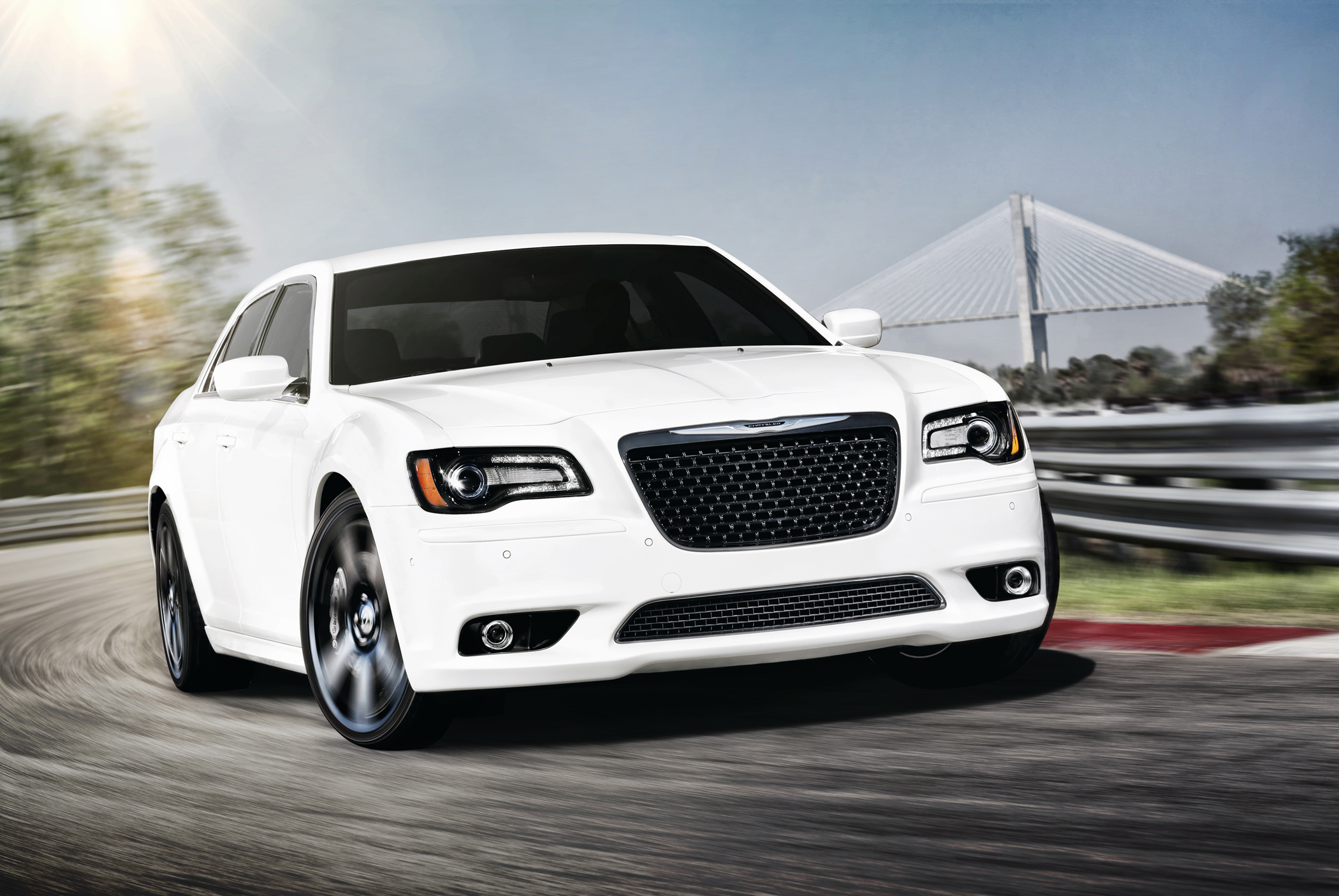 My test 2012 Chrysler 300 SRT8 sedan was base-priced at $47,170 before options were added. It displays a menacing but cool look, sitting low over 20-inch performance wheels and tires. The 300 SRT8 is one adrenaline-pumping form of rapid transportation. It is incredibly quick, surprisingly agile considering its overall mass at 4,365 pounds.

Fuel economy is obviously not terrific, given the tremendous power output, but the melodic and authoritative big Hemi rumble, along with the forward thrust potential, seems enough to offset low gas mileage. City driving at a conventional pace yields an average of 14 mpg, while highway driving without the throttle pegged to the floor delivers an average of 23 mpg.

In terms of its visual exterior appeal, the 300 SRT8 differs from the basic 300C sedan with features that contribute functionally to the increased performance capability. The front fascia includes integrated ducts that direct fresh air to the brakes for better cooling, while also incorporating an air dam to minimize lift. The rear fascia provides an integrated lower surface for directing airflow along with aggressive cutouts that allow for the split dual-exhaust tips. There is also a deck-lid spoiler that helps to create increased down force, assisting with high-speed stability and traction.

Inside, the 300 SRT8 is no less impressive. Interior accommodations are race-inspired. Red stitched seats are power-adjustable and deeply sculpted and supportive up front, featuring the SRT logo in the front headrests, with suede inserts (front and rear).

There are "carbon fiber" trim treatments throughout, along with white-faced functional analog gauges, including a 180-mph speedometer, rimmed by blue luminescent rings. The semi-flat-bottomed steering wheel is a work of art with two horizontal spokes and a split lower spoke with a slick alumna-look finish.

The 2012 Chrysler 300 SRT8 is a modern American muscle car that combines luxurious appointments with performance prowess. Credit goes to the SRT team for the sinister and menacing appearance, the low, racy stance, the sweet rumbling exhaust note and the incredibly rapid acceleration. It's a car to enjoy, but ride safe out there and avoid Officer Friendly.