Kia introduces its first ever hybrid car for the U.S. market -- the 2012 Optima. The Kia Optima Hybrid displays an allure that is missing from many other midsize sedans, regardless of price point. 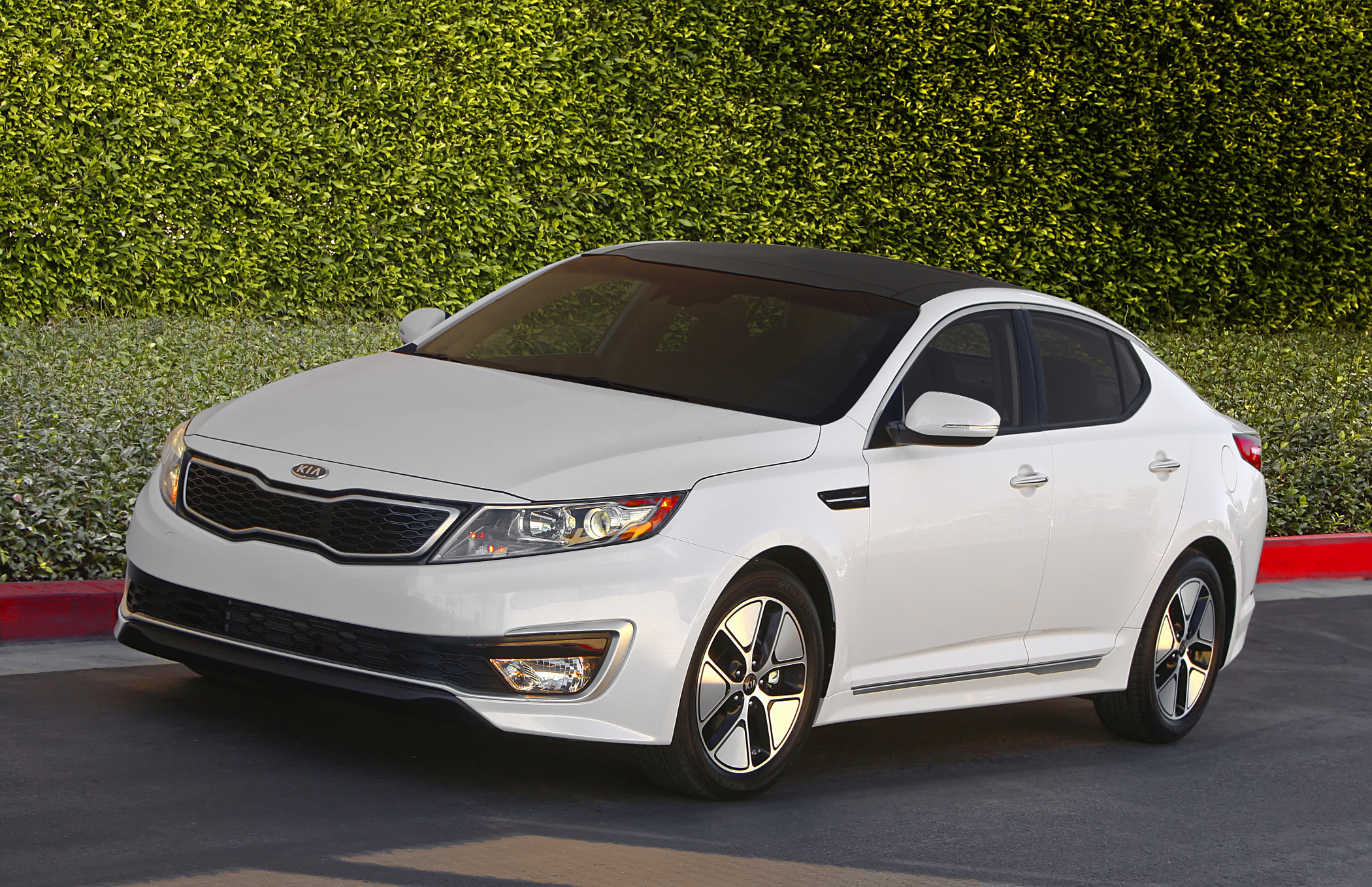 Manufacturer photo: The 2012 Kia Optima Hybrid is designed to appeal to consumers looking for a stylish and well-appointed sedan that does not sacrifice style, comfort, performance or value for fuel efficiency

This latest Optima reflects Kia's design-led transformation, and perpetuates Kia's completely new and emotion-stirring design philosophy. The new Optima is longer, wider and lower. The sleek and streamlined Optima profile is coupe-like and the overall effect is bold and athletic.

At the core of the Hybrid System is a lithium polymer battery pack. The Kia Optima Hybrid powertrain is configured with a unique architecture. In contrast to the more familiar power-split hybrid systems such as those from Toyota and Ford, Kia's Hybrid Drive utilizes a transmission-mounted-electric-drive layout where the motor is separated from the transmission gear-set.

The Kia Hybrid Drive System consists of a 2.4-liter Theta II DOHC, 16-valve four-cylinder motor and a 270V Maximum Interior Permanent Magnet Synchronous electric motor. The gas engine delivers 166 horsepower at 6,000 rpm along with 154 lb.-ft. of torque at 4,250 rpm, while the combined gas/electric operation generates 206.2 horsepower and 193.4 lb.-ft. of torque. 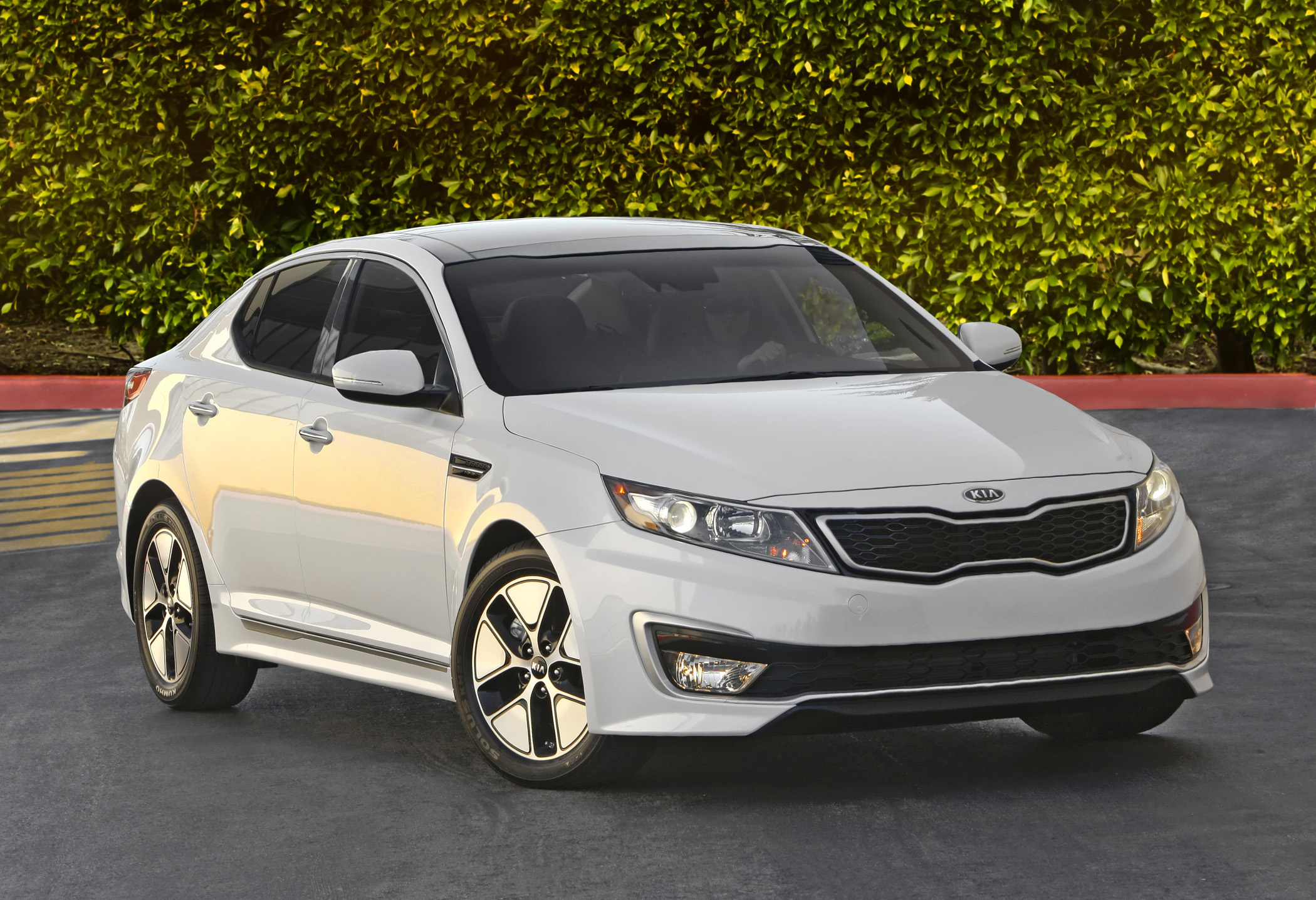 The system transfers energy through a six-speed automatic transmission without a lock-up torque converter. Another unique aspect of system is the 8.5 kW Hybrid-Starter-Generator, which is belt-driven off the Theta II engine. It is not to be confused with integrated starter systems used for so-called micro or mild-hybrid systems from other manufacturers. The Kia Optima Hybrid may be operated in a zero-emission, full-electric drive mode at speeds up to 62 mph, or in a combined gas-electric mode at any speed.

My test Kia Optima Hybrid Premium sedan wore an exterior coat of Satin Silver metallic, which was complemented by a two-tone Sand and Black leather interior. The base price was set at $26,500, while the addition of the $5,000 Premium Technology Package, along with a host of extra features and equipment, elevated the final purchase price to $32,250.

I drove the Optima Hybrid in a variety of situations, which included both urban and suburban scenarios. The expected range, depending of course upon driving style and terrain can easily reach 600 miles. I was hardly aware of the Hybrid system's operation, which is seemless for all intents and purposes, except for the gas engine shutting off when the car comes to a complete halt.

The Kia Optima Hybrid is attractive with a bold and athletic persona that should appeal equally to both genders and all age groups. It performs much as one would want from a conventional car, but with much greater efficiency. The electric power-assisted steering delivers a sporty and positive feel, and the ride quality is very comfortable.

Additional possible powertrain combinations are on the horizon, including the use of even more powerful motors and higher capacity batteries that will spawn plug-in hybrids. 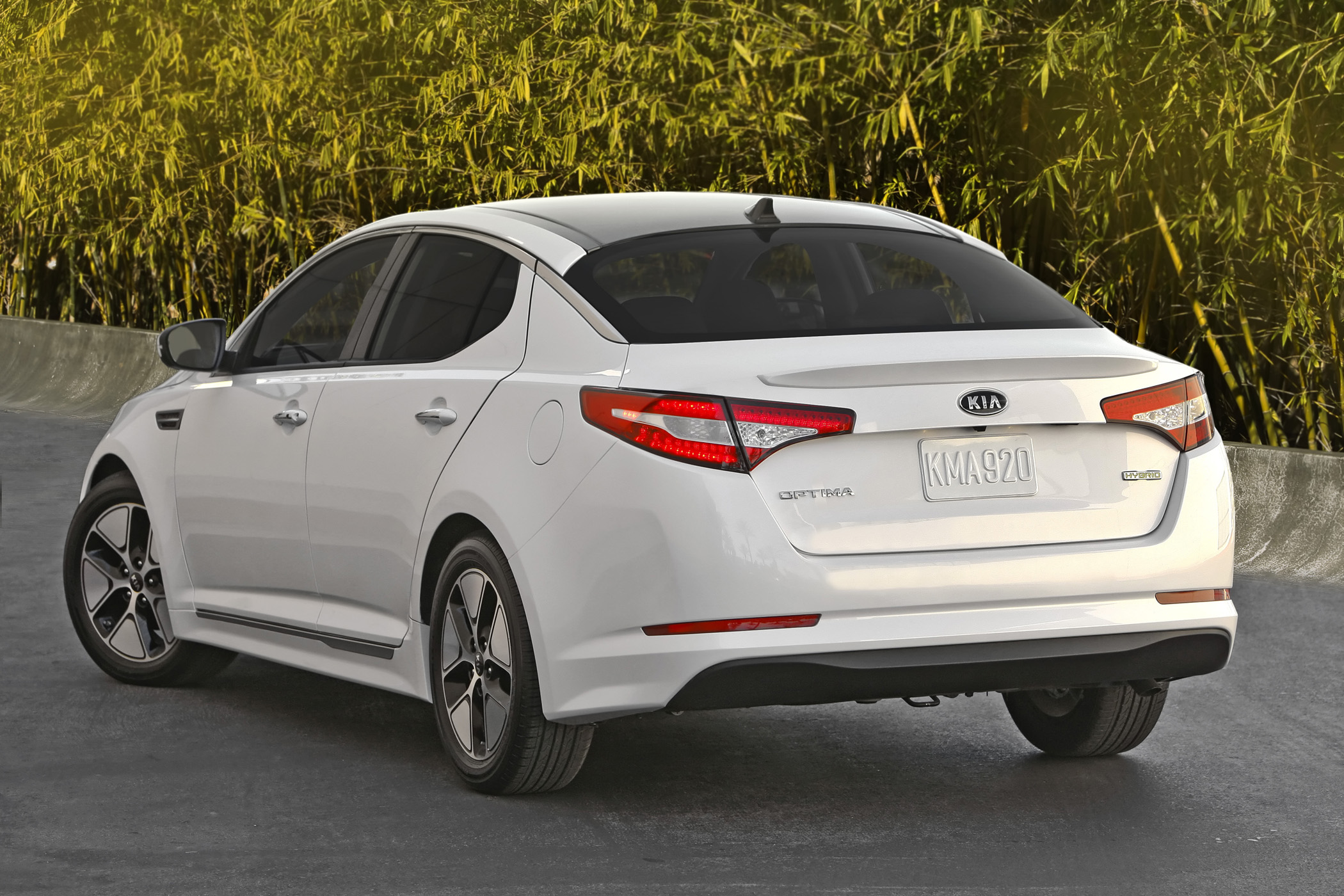 The Kia Optima Hybrid is a very affordable and impressive five-passenger, four-door sedan that features a lengthy list of standard features and equipment.