Ford's midsize Fusion Hybrid sedan is completely redesigned for the 2013 model year. Styling cues are reminiscent of an early Taurus from the rear and with an Aston Martin influence up front. 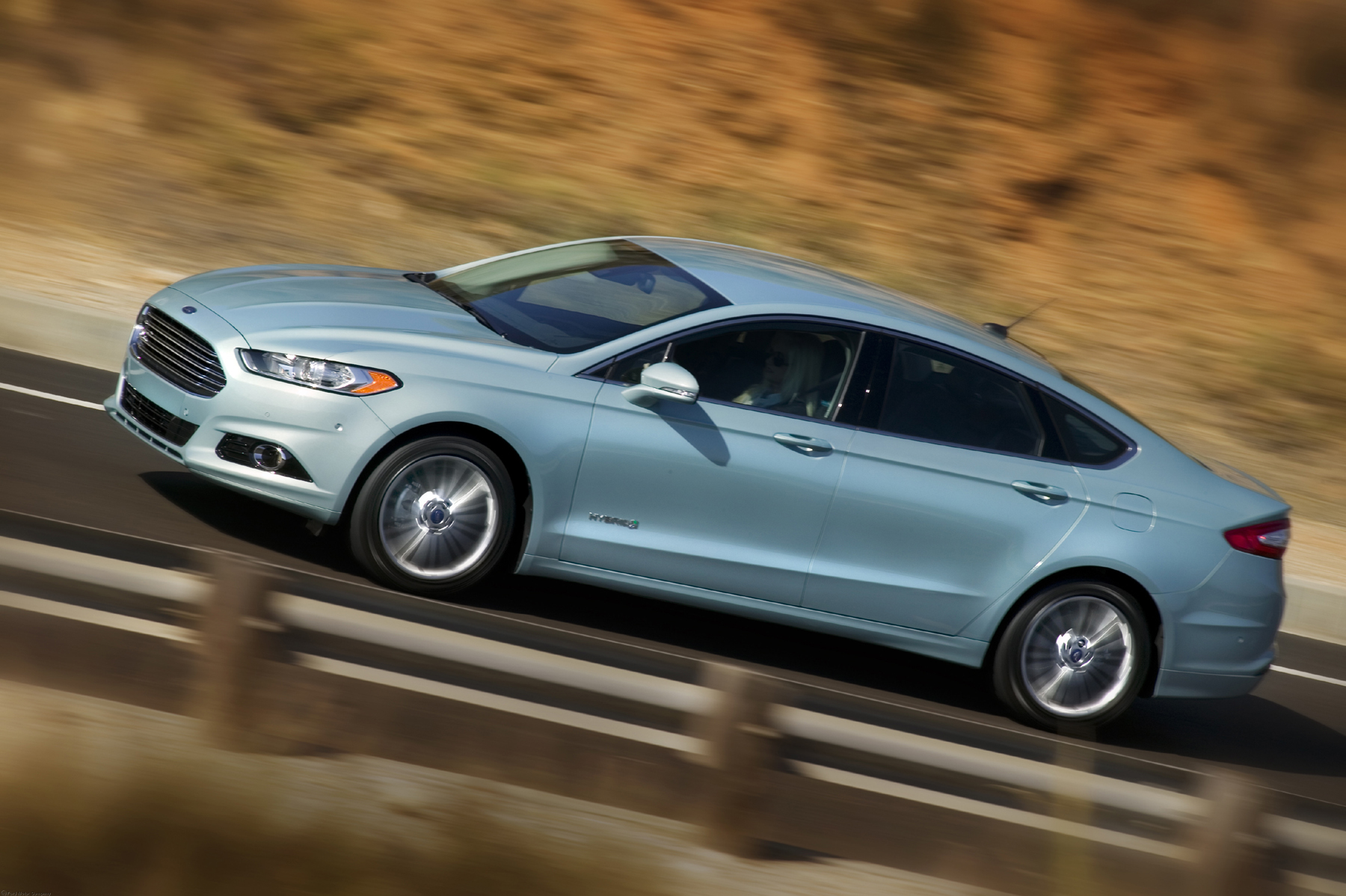 I was able to test-drive the 2013 Fusion Hybrid in real world conditions -- everything from congested commute traffic to freeway driving. My test Fusion Hybrid sported an Ice Storm Blue metallic exterior finish, with a black interior. The base sticker was set at $27,200, while the options, Technology Package; Navigation; Reverse sensing system; and adaptive Cruise Control, elevated the final total of $30,975.

Driving the Ford Fusion Hybrid is actually no different from piloting a conventionally fueled Fusion, other than the notably improved fuel economy and the fact that the gasoline engine shuts off when it's not needed. Acceleration, ride quality and handling characteristics are nearly identical to the regular Fusion sedan. Braking feels totally normal, except that it is regenerative, restoring energy to the battery cells when applying brake pressure or when coasting.

The 2013 Fusion Hybrid comes with an all-new lithium-ion battery pack that's 25 to 30 percent smaller and 50 percent lighter. This weight reduction helps raise the maximum speed when running under electric power only from 47 mph to 62 mph, while offering 141 horsepower and 129 lb.-ft. of torque. The new Hybrid is powered by an Atkinson cycle 2.0-liter four-cylinder that delivers a total combined horsepower output of 188 horses, and strives to be a leader in fuel economy in the midsize sedan class, with 47 miles per gallon across the board in city, highway and combined.

The Fusion Hybrid is available in both SE and Titanium trim levels. Hybrid owners will benefit from a more connected driving experience through a unique instrument cluster that features a SmartGauge with EcoGuide, coaching the driver to maximize fuel efficiency. The panel consists of full-color, liquid crystal display screens that appear on either side of the analog speedometer, which can be configured to show different levels of data such as fuel and battery power levels, as well as average and instant miles per gallon. Graphic leaves and vines grow in a display, tracking driving efficiency. 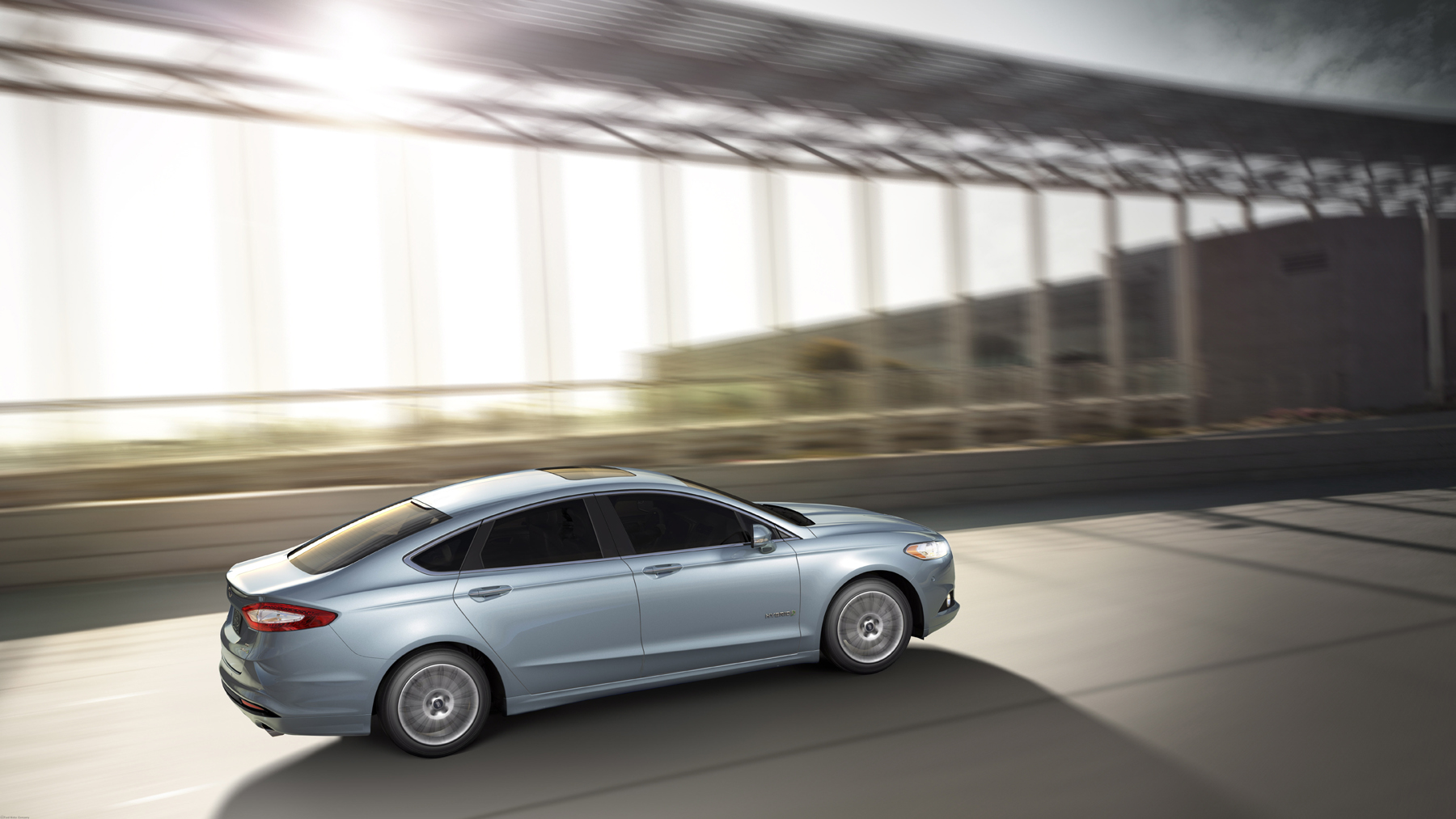 According to Ford, the new Fusion's interior surfaces are softer to the touch and gaps are minimized, while extra care has been taken to upholster or cover each edge and every surface a customer can touch. Ford tells us that careful tuning by the handling and ride team has yielded a Fusion Hybrid with a dynamic character.

The 2013 Ford Fusion Hybrid is a great looking midsize sedan that is efficient to operate and comfortable to ride in. It is also pleasant to drive, with sensible choices in features and equipment to suit a broad range of consumers. In any case, the Fusion Hybrid is at the top of its game and outperforms many competitors in its class.