Would you be surprised to learn there are more than 1 million Lexus ES sedans on the road today? No, we didn't think so. It's widely known the ES has been one of the most popular luxury sedans on the market since 1989. Now, for 2013, Lexus launches its all-new sixth-generation ES Series.

The 2013 Lexus ES displays a sterling, progressive new design, enhanced performance and handling characteristics with elevated levels of refinement. It has a longer wheelbase than its predecessor along with an increased overall length. Its width remains the same, but it sits lower. The 2013 ES 350 starts at $36,100.

I was afforded the opportunity to drive the 2013 ES 350 sporting a Matador Red exterior and Gray interior with the polished Espresso Bird's-Eye Maple trim. The 2013 ES 350 delivers an outstanding ride quality, along with the handling characteristics that one would expect from a luxury sport sedan.

The new grille is flanked at the top by the wraparound headlamps and in the lower fascia by integrated fog lamps. The profile is low and sleek with simple, smoothly flowing lines from front to rear, where the greenhouse, with its blacked-out B pillar and coupe-like imagery sweeps almost to the trailing edge of the abbreviated decklid.

The drag coefficient has been reduced from 0.28 to o.27. The lower rocker is pinched in with an accent line movement to the rear wheel well and the shoulder flows along just outside the hood to the taillamps. The rear fascia of the ES 350 displays split dual exhausts integrated into a blacked out diffuser panel. 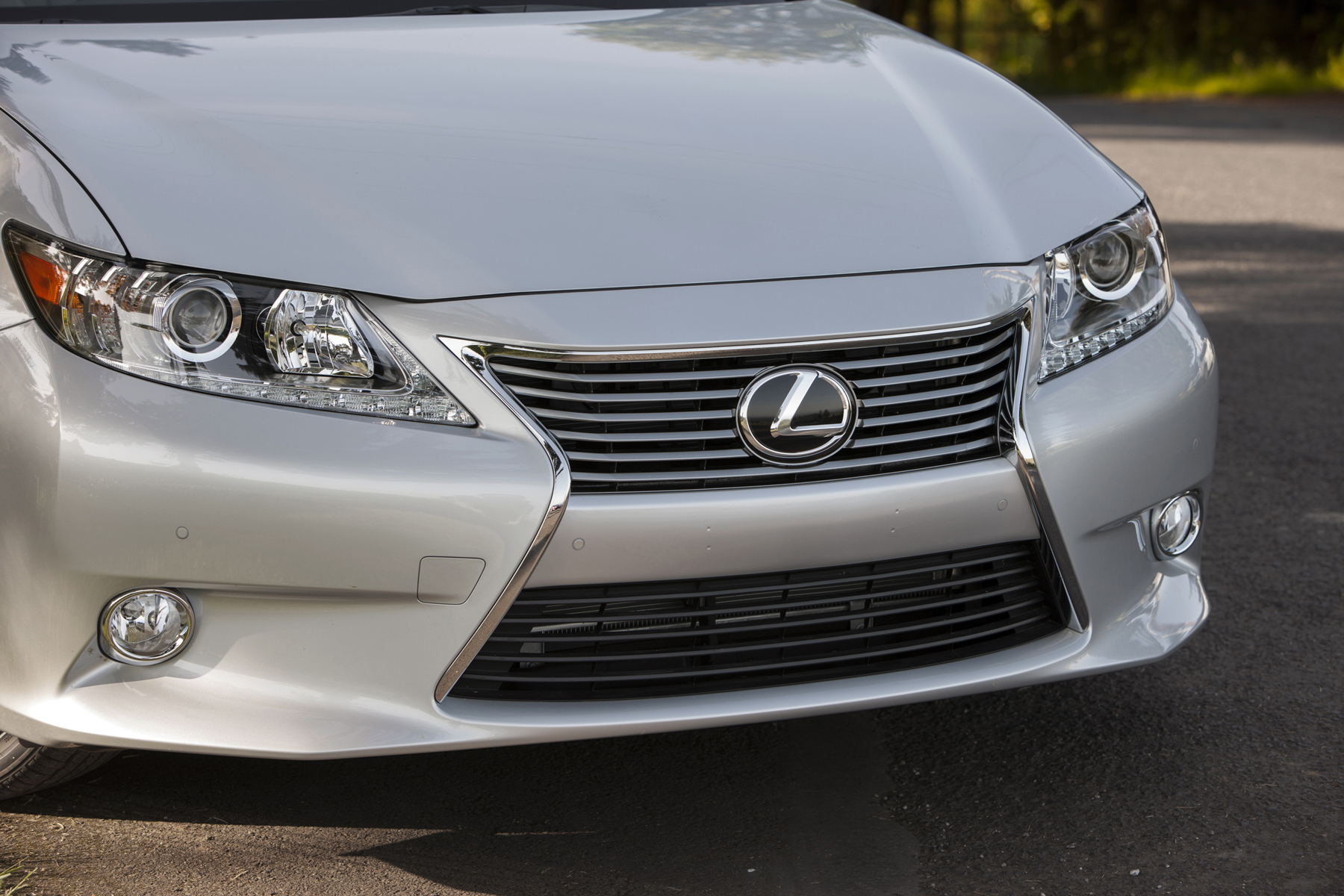 The cabin design provides a sense of both openness and security. Rear seat leg and knee room have been increased, along with additional headroom and foot room. Seats are sculpted and now provide even greater comfort than before with 10-way adjustable power (12-way power seat is optionally available with an extendable thigh support cushion). Double-hand stitching adds elegance to the interior ambience.

The cockpit is divided into two separate zones: a display zone, and an operational zone. The instrument panel features a long layered look, placing the main information display directly in the driver's line of sight, supplemented by a center-mounted 3.5-inch TFT multi-information display. The Remote Touch Interface (control mouse) has been enhanced for more intuitive operation and menu selection.

Enhancements that would make the ES 350 even better would be paddle shifters and a repositioning of the Remote Touch Interface closer to the driver, as it is in the Lexus RX 350 F-Sport for a more ergonomically pleasing operation.

Power for the ES 350 is delivered by a 3.5-liter, DOHC, 24-valve fuel injected, dual VVT-i V6 with electronically controlled sequential fuel injection and all-aluminum construction. The V-6 produces 268 horsepower and 248 lb.-ft. of torque.

The ES 350 is a front-wheel drive midsize sedan with the driving force for the ES 350 geared through an electronically controlled 6-speed automatic with intelligence and sequential shift. EPA estimates are 21/31 mpg. 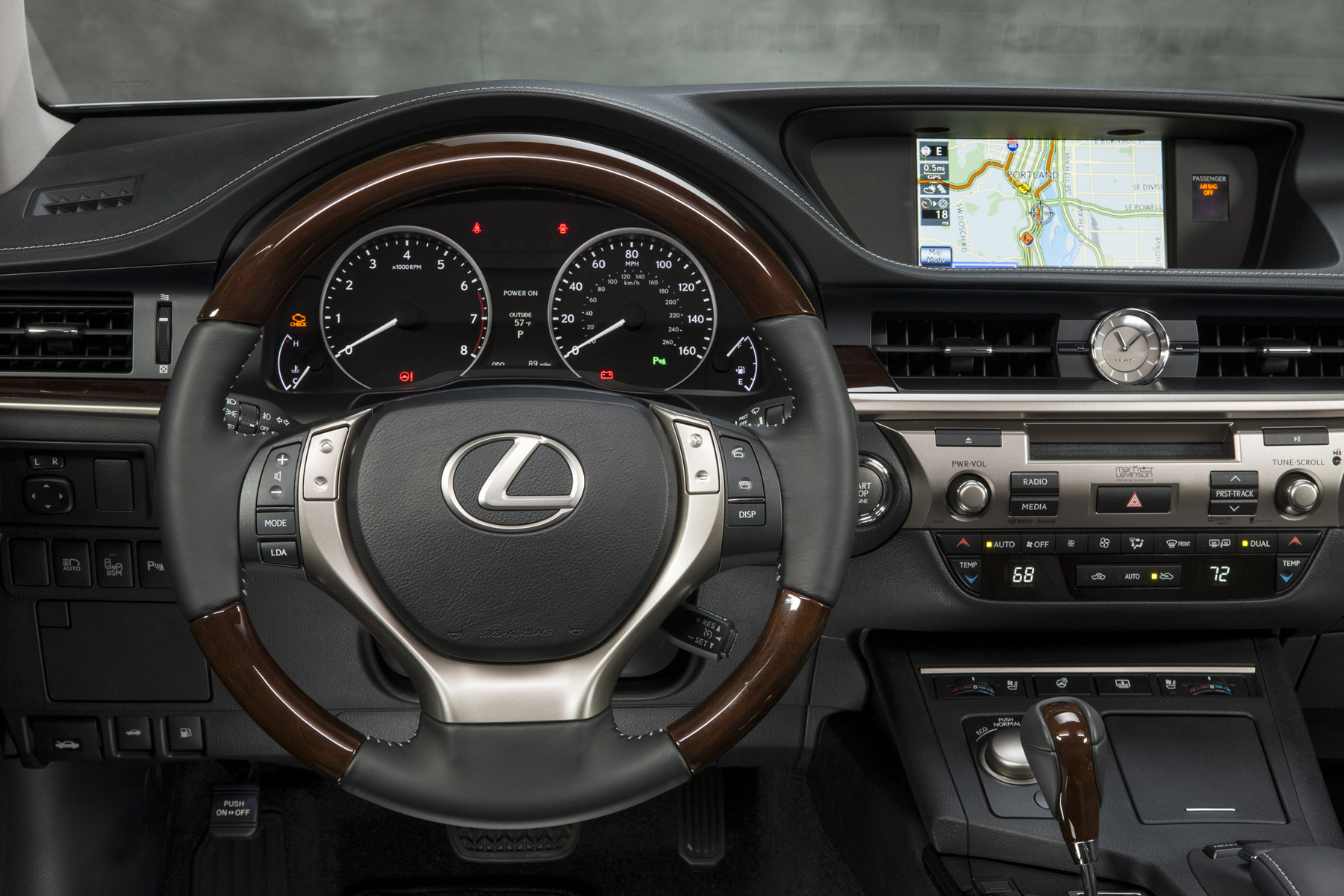 Bottom line, the new 2013 Lexus ES now offers the equivalent of what the earlier LS models used to offer. It is a truly fine and luxurious automobile.