The 2013 Equinox is Chevrolet's compact crossover suitable for all weather conditions, all seasons, serving all active lifestyles. 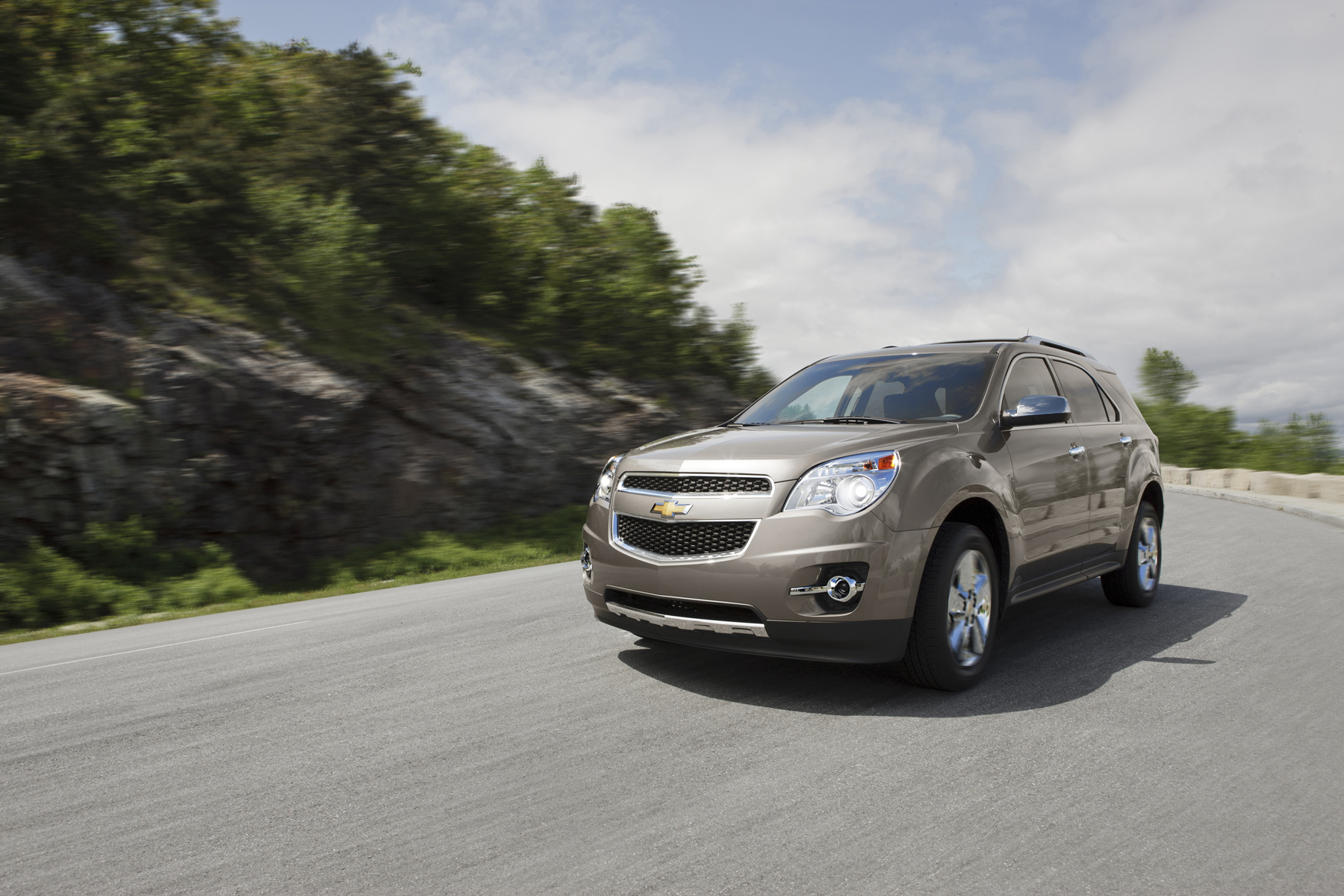 The Equinox is based on the same platform as its General Motors cousin, the GMC Terrain. Despite the shared GM architecture, the Equinox and Terrain display distinctively different personalities. But both are ideally sized for consumers who are searching for a more personally sized compact crossover vehicle.

The 2013 Equinox wears athletic fender shapes, a distinctive aerodynamic roofline, attractive wraparound headlamps and dual-round taillamps. Rocker panels are integrated into the doors for ease of ingress and egress. The chrome trim, along with the flush-fitting "exposed edge" windshield and rear glass, deliver not only an upscale appearance, but aid in reducing wind noise.

Starting at $24,580, the Equinox is available in LS, LT and LTZ in either a front-wheel or all-wheel drive. Two engine choices include the 2.4-liter Direct Injected four-cylinder with 182 horsepower and 172 lb.-ft. of torque; or a 3.6-liter, 301-horsepower Direct Injected V-6 with 272 lb.-ft. of torque. Both engines mate to a specific 6-speed, electronically controlled automatic transmission. The four-cylinder, which is expected to account for nearly 75 percent of Equinox sales, delivers an anticipated best-in-segment highway fuel economy of 32 mpg (29 mpg AWD).

My tester was the uplevel $32,265 Equinox LTZ with AWD. It was powered by the new 3.6-liter V-6, with fuel economy of 16/23 mpg. The V-6 engine is the obvious choice for those planning to tow a load of stuff (tow rating 3,500 pounds). The 2013 Equinox gave us a comfortable ride, along with agile handling characteristics and more than adequate acceleration. 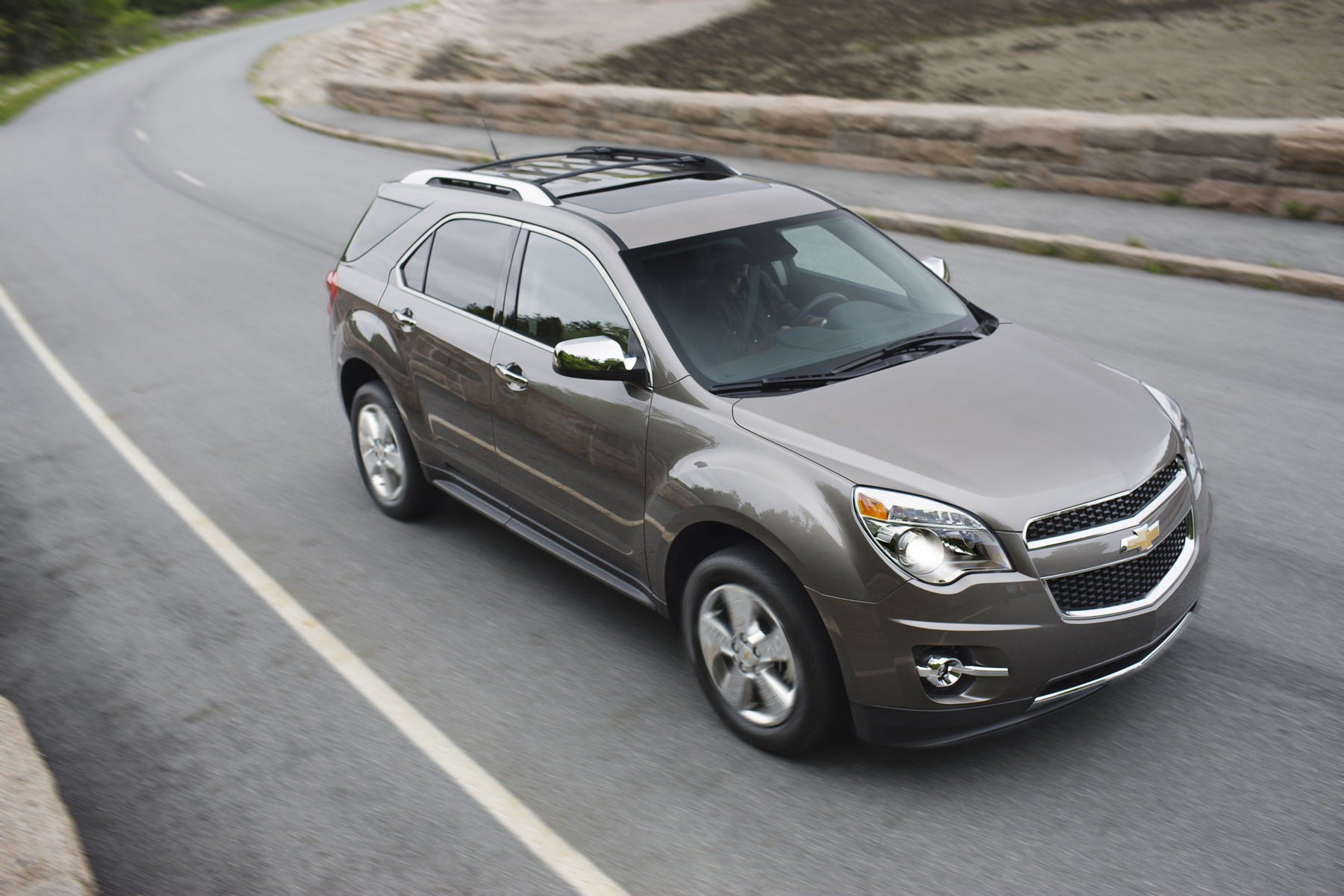 Comfort and convenience features abound. The rear DVD system provides two separate and independent of one another screens, allowing the viewing of a DVD on one, while enabling game playing on the other. Wireless headphones are included for each, so that front seat occupants may enjoy separate audio programming.

The power liftgate comes with a height programmable feature, which we think is a thoughtful design feature by Chevrolet. There's also a dash-activated switch for the control of the rear door and windows. No family vehicle should be without the rear backup camera that adds to both security and safety.

The Equinox is now even quieter, with minimized road and wind noise, improving conversation clarity between front and rear passengers. Outward visibility is excellent all around.

The Equinox focuses on comfort, unique storage and versatility, with a number of bins, such as an oversized glove box; a closed storage bin in the instrument panel above the center stack; and closed storage under the center armrest large enough for a laptop computer. The front and rear seats are available in either cloth or upscale perforated leather-trimmed offerings, displaying high levels of craftsmanship.

Ten-inch front-seat fore and aft travel, combined with the tilt/telescoping steering wheel and standard power-adjustable seat height for achieving an optimum driving position. The Equinox comes with MultiFlex, allows the rear seat to be moved fore or aft nearly 8 inches for the best rear legroom in its class. 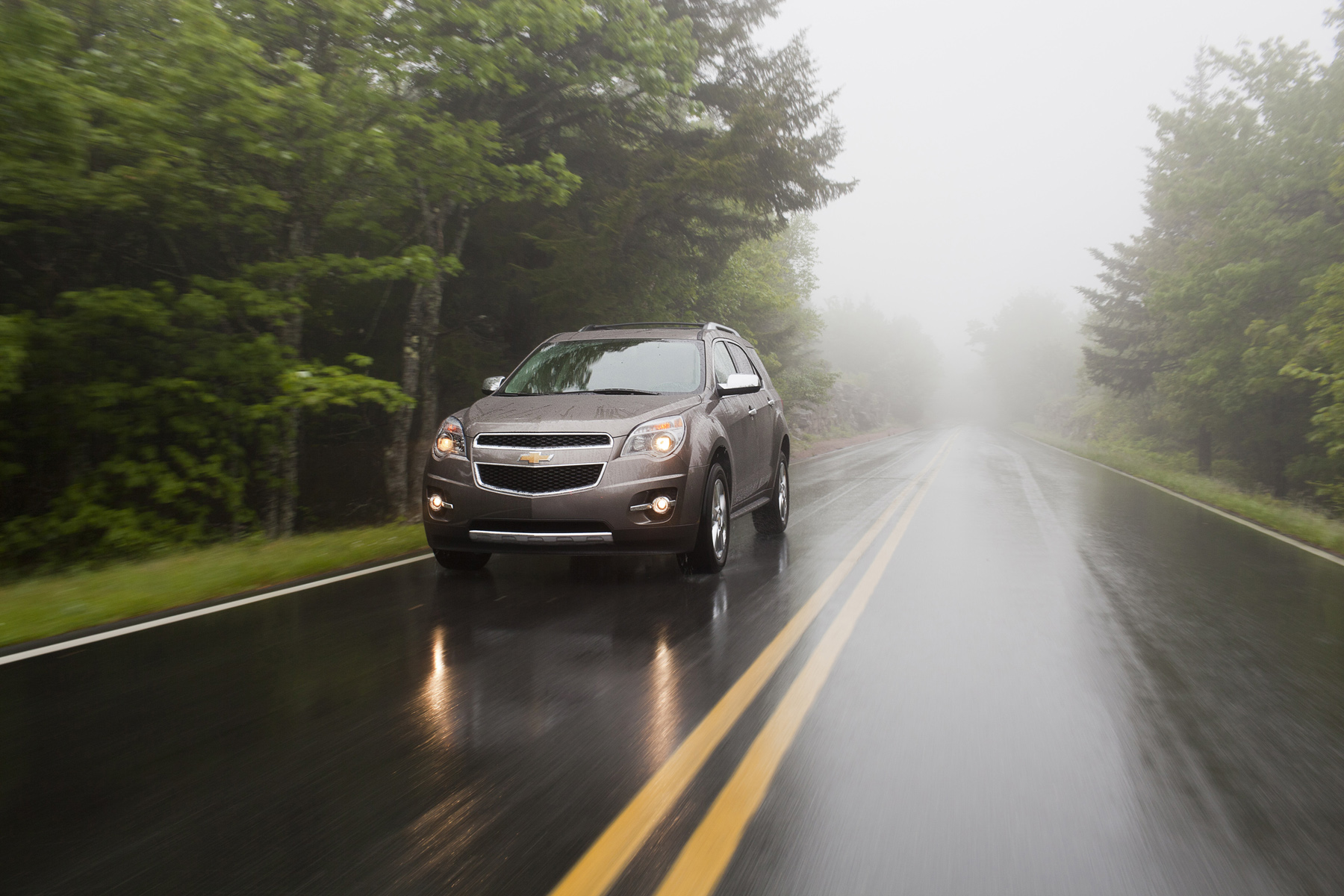 A variety of technologies are integrated into the Equinox, such as an available 7-inch touchscreen navigation system. Other features include: Chevy's MyLink Touch infotainment system; Bluetooth hands-free phone; USB audio connectivity for personal music device; a DVD-based rear-seat entertainment system; an internal memory/hard drive on up level radios for storing audio selections; a programmable power-operated rear liftgate; rear-vision camera system, with display in the rearview mirror or in the navigation screen and a range of premium-feature audio systems with up to eight speakers and 250 watts of output.

Bottom-line, the 2013 Chevy Equinox serves up economical transportation in an accommodating, comfortable and value-laden vehicle that is also easy on the eyes, from nose to tail.