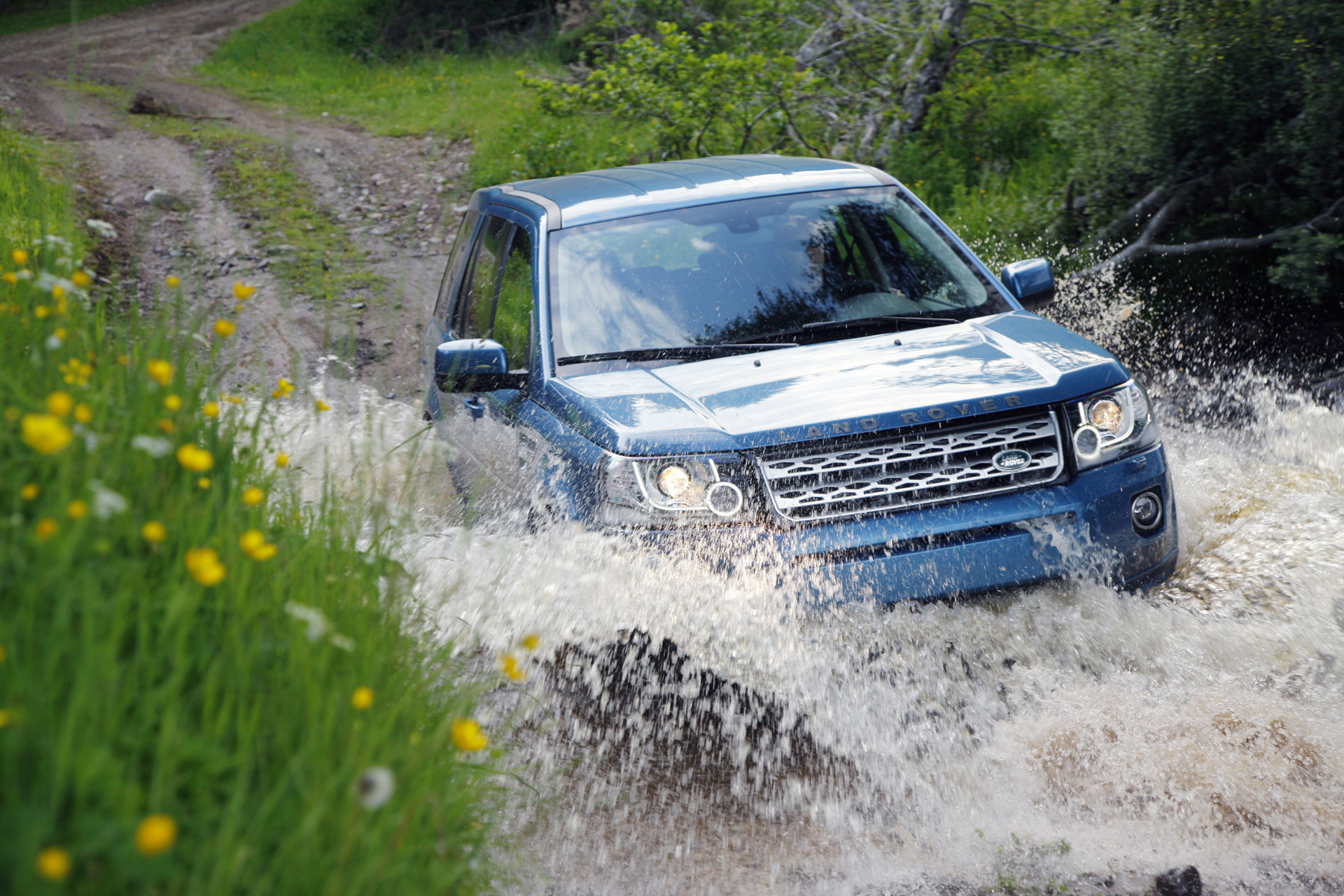 Manufacturer photo: Land Rover has given the 2013 LR2 a complete revision, delivering even higher levels of comfort, convenience and driving enjoyment

The LR2 Land Rover gains a heightened visual appeal, thanks to new exterior design elements that serve up a sportier and more purposeful image. Perhaps the best way to describe the LR2 is to refer to it as a more affordable "baby" Range Rover. Standard dual sunroofs increase the airy feel of LR2's cabin, with the front section opening and sliding back over the second-row glass roof panel.

During the international press launch in some tough terrain of Canada, my driving partner and I were assigned the 2013 LR2 HSE LUX. For those looking to go off-roading in stylish luxury, the 2013 Land Rover LR2 fills the bill quite nicely. The HSE LUX is obviously the most desirable model, but the base LR2 trim level is nothing to sneeze at. The mechanicals are same through the entire lineup.

The first leg of our drive was on-road and took us from Montreal to Montebello, where we embarked on a lengthy off-road drive through a 65,000 acre forest preserve. The off-road didn't involve extreme rock crawling, but there were challenging portions that were encountered successfully without incident. 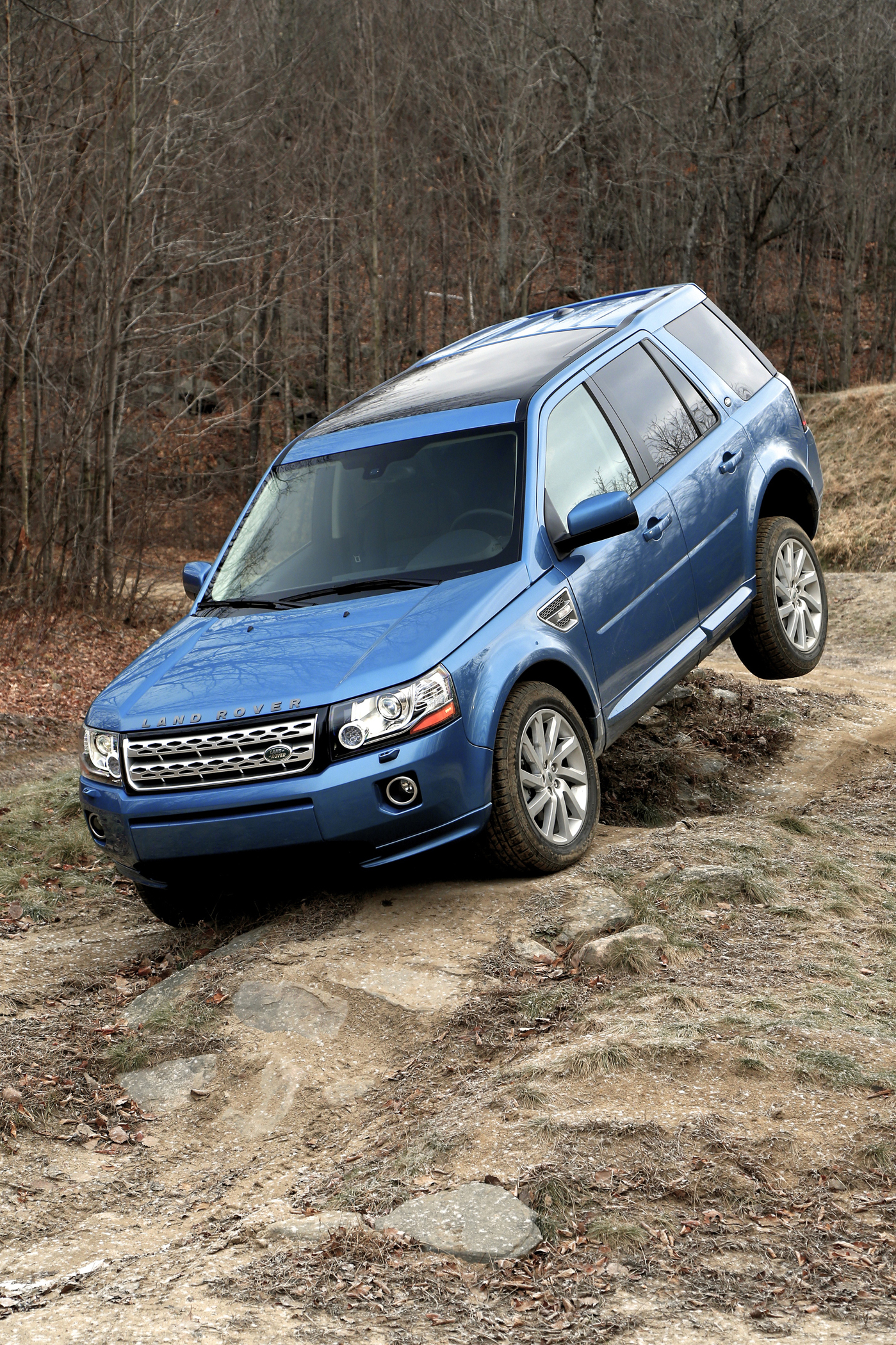 Hill Descent Control with speed, which may be modulated through the Cruise Control, proved to be a valuable asset when traversing steep, slippery downhill scenarios. Terrain Response proved equally valuable off road. The system works continuously, but special programs may be selected by the driver for challenging terrain conditions. On the LR2, there are four Terrain Response settings, which the driver can choose via buttons: General Driving, Grass/Gravel/Snow, Mud and Ruts, and Sand.

The engine is in essence the same as Ford's EcoBoost engine, which is mounted transversely up front and replaces the previous LR2's 3.2-liter inline six-cylinder. The driving force is delivered to Land Rover's full-time 4WD with Haldex rear-axle differential through an Aisin six-speed automatic transmission.

Inside, technologies from the Range Rover Evoque are now available in the Land Rover LR2, along with a new dashboard layout that includes a new center console and a new standard 7-inch color touch-screen.

The 2013 Land Rover LR2 is a worthy luxury SUV for either on- or off-road duty.