Jaguar XJ -- Beyond the Fair-Weather Driver

The 2013 Jaguar XJ is a sure-footed luxury sedan that you don't have to be afraid to drive in bad weather. Chalk that up to the new "Instinctive All-wheel-Drive." 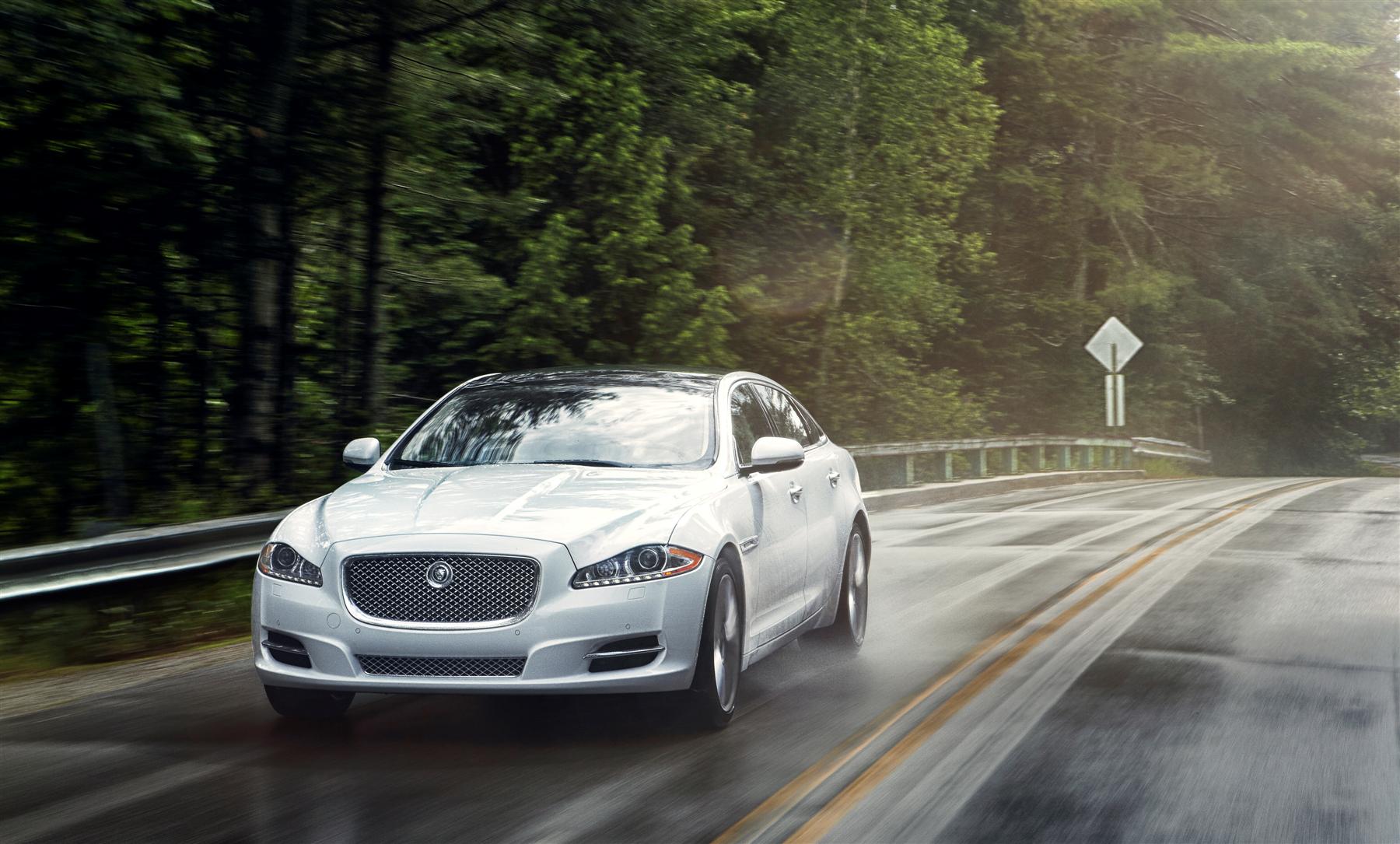 My driving partner and I spent our seat time in a 2013 XJ finished in an elegant Red metallic and inside in Bone trimmed in dark piping and accented in Brown and Charcoal tones. The base price was set at $76,700 with a final price of $77,575.

Our tester was the 2013 Jaguar XJ regular wheelbase AWD saloon (4-door) version. The XJ draws its motive force from the new 3.0-liter supercharged V-6, which pumps out 340 horsepower at 6,500 rpm along with 332 lb.-ft. of torque in a range from 3,500 to 5,000 rpm. The engine is mated to the new ZF Sequential Shift 8-Speed electronic automatic with steering wheel mounted paddles and Sport Mode, gearing energy to all four wheels via Jaguar's Instinctive All-Wheel Drive.

Instinctive All-Wheel Drive is an active torque-management system providing a performance-oriented rear-drive bias, which can shift power to the front wheels to either pre-empt or counter wheel slip.

Though initially apprehensive at driving in an early morning storm in the pre-dawn hours with the threat of black ice, confidence and security soon displaced any such concerns, as the XJ performed flawlessly, accelerating, stopping and maneuvering through sweeping curves with flawless stability and control. Handling characteristics proved to be no different than driving on dry asphalt surfaces, and the ride quality exemplified Jaguar's traditional luxurious comfort.

Visibility was quite good, enhanced by the standard radar-based blind-spot monitoring system, standard front and rear parking sensors, with visual indicators shown through the touch-screen, along with a standard backup camera.

The standard Xenon headlamps may be augmented with the Visibility Package, which incorporates a system that switches the high beams on and off automatically in response to oncoming traffic and prevailing lighting conditions. This option also includes adaptive lighting, which swivels the headlamps to follow the road when cornering.

In terms of its visual appeal, the 2013 XJ displays Jaguar's new design language, leading off with a bold mesh grille and slim standard Xenon headlights. The strong, athletic lower half of the sedan contrasts with the slender and graceful curved quality of the roofline. The wrap-around rear window gives the impression of an exotic "floating" roof and a panoramic glass roof is standard on all XJ models, enhancing the sense of light and space inside.

Inside, the 2013 XJ exhibits a clean, elegant form with the leather-wrapped instrument panel sitting low across the vehicle. Bold architectural wood sweeps forward from the rear doors through the front doors, meeting at the upper dashboard center. 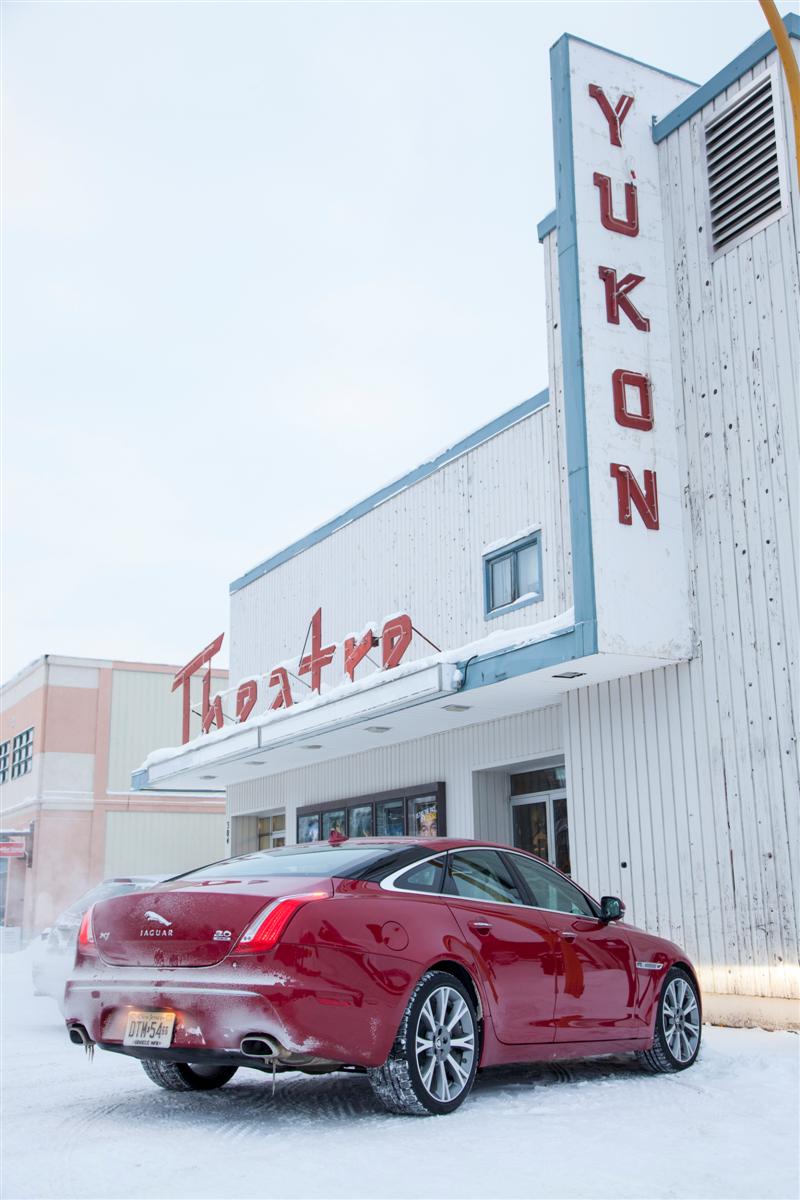 The 2013 Jaguar XJ AWD saloon is a joy to drive in virtually any scenario or weather. The AWD system is a marvel, delivering heightened control in the slickest of conditions. Of course, Jaguar is not intended for severe wilderness treks, but gravel, sand, mud and snow are no longer a reason to stay home. Yes, it's OK to drive the Jaguar when the weather isn't nice.