"M" could well stand for Magical, Magnificent, Marvelous in the case of the 2014 BMW M6 Gran Coupe, but it also stands for the ultimate in performance built by the "go fast" team at BMW M GmbH, its exclusive performance division. 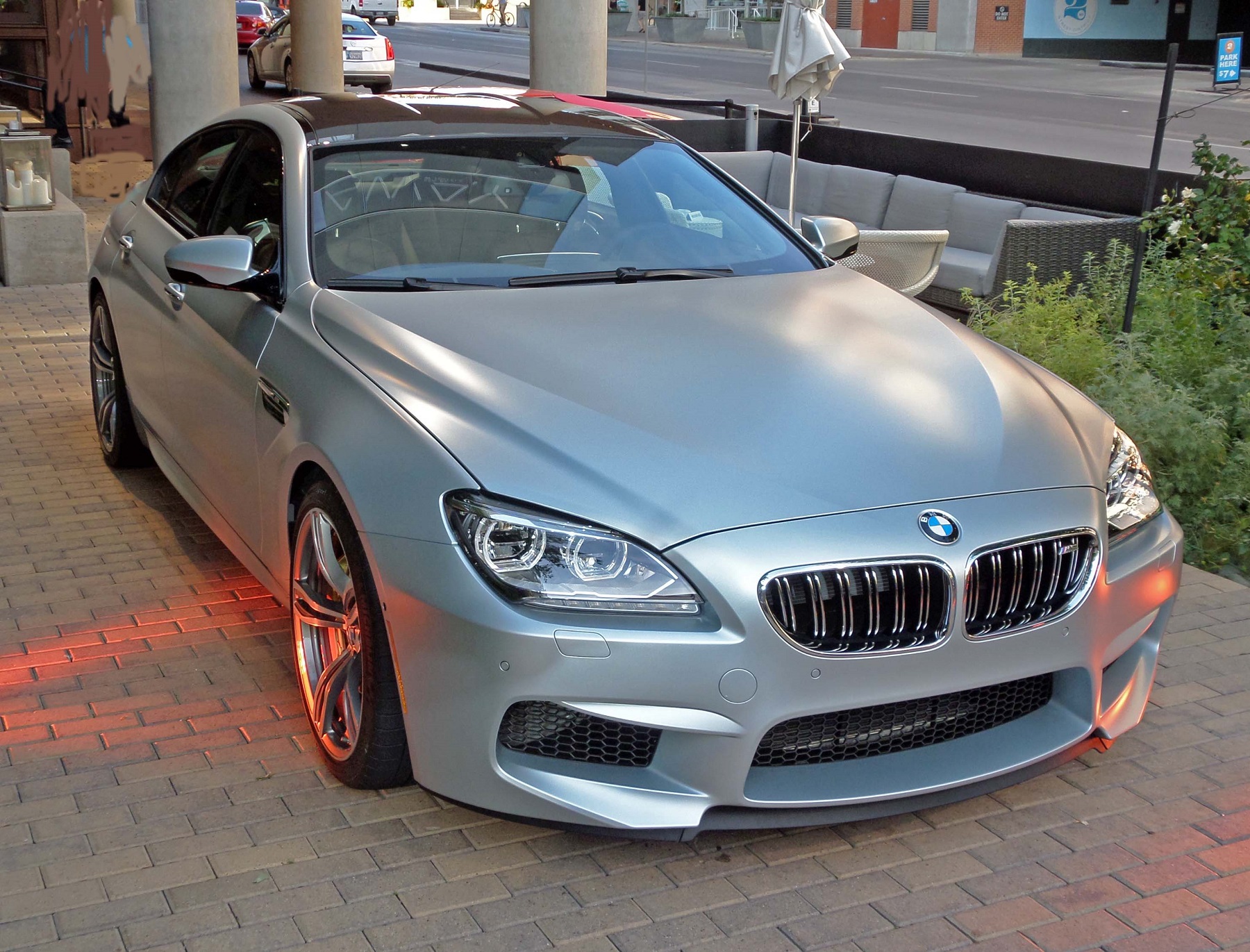 The all-new M6 happens to be an ultra-high performance four-door coupe design with looks to die for, along with race-bred technology and the signature driving characteristics that epitomize all M model vehicles. The new M6 Gran Coupe is propelled by the most powerful engine ever installed in an M production car: a 4.4-liter M TwinPower Turbo V-8 that cranks out 560 horsepower along with an impressive 502 lb.-ft. of torque from 1,500 through 5,750 rpm.

This potent rear-wheel drive BMW M6 Gran Coupe is capable of rocketing from 0-to-60 mph in a mere 4.1 seconds. The engine produces about 10 percent more output than the V-10 engine, which preceded it, and torque is up by over 30 percent.

The engine is coupled to an electronically controlled seven-speed M-Double Clutch Transmission with Drivelogic, which seamlessly balances power between the rear wheels. This advanced powertrain, combined with advanced, radical chassis and suspension revisions, ensure that the M6 Gran Coupe's substantial output is transferred to the ground repeatedly in predictable fashion.

In profile, the bold athletic nature of the M is clearly visible with the front fenders featuring prominently flared wheel arches and traditional M gills sporting a wide chrome border and indicator bars that bear the M logo. Sculpted creases of the M side skirts sweep upward toward the rear, drawing the eye to the 20-inch forged M light alloy wheels with five-double-spokes. 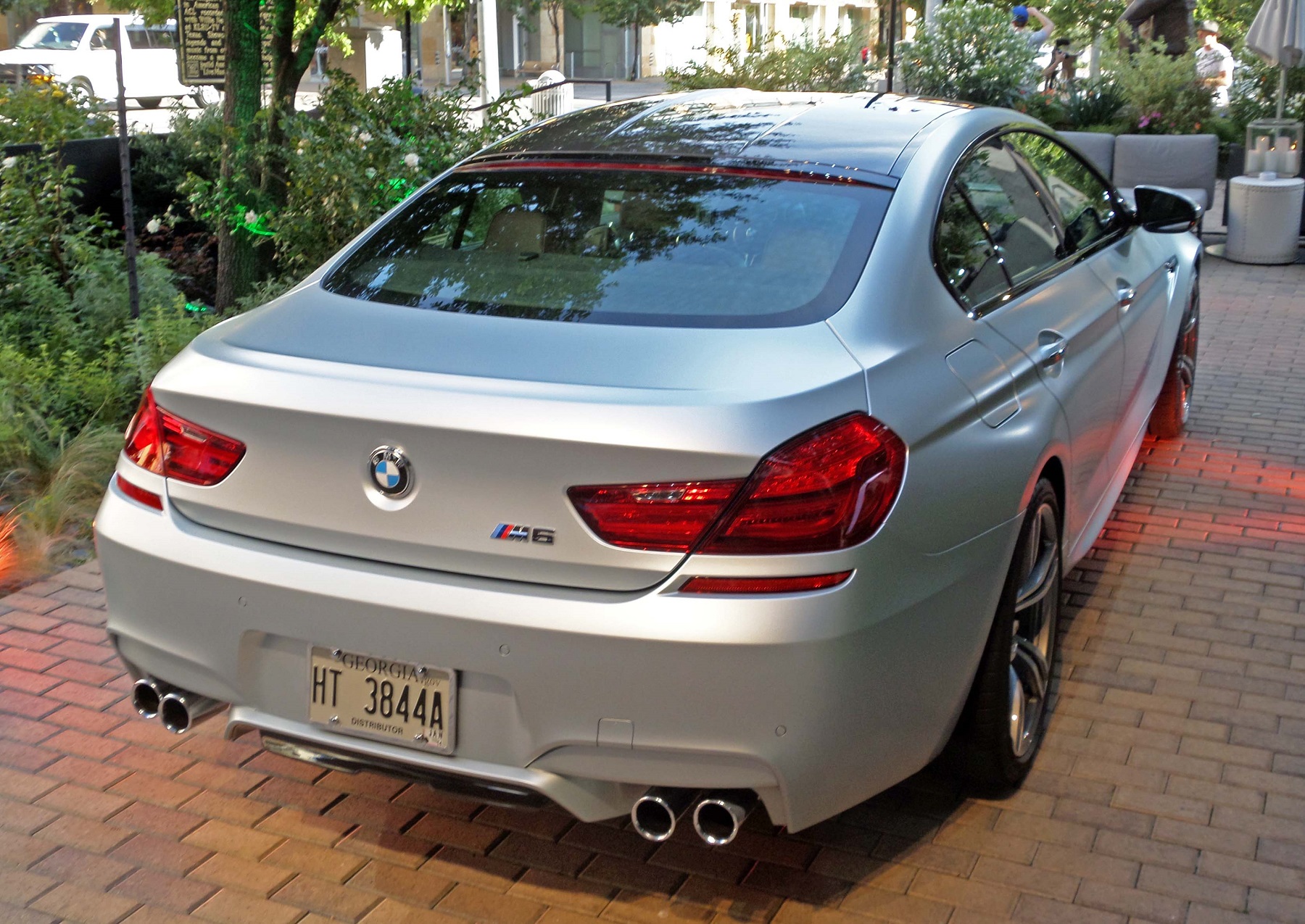 Up front, form follows function with the aggressive frontal openings, while the rear is finished off by twin dual exhaust outlets and a fully integrated rear deck lid spoiler that joins the L-shaped LED taillamps.

The M6 Gran Coupe, while technically not a Coupe in the traditional sense, has four doors rather than two, displaying a coupe-like profile with its blacked out B pillars and singular greenhouse glass surround.

The interior is enhanced, while retaining a sports car, driver-oriented cockpit with functional controls angled toward the driver, and materials that are softer and more inviting. Nappa leather wrapping is standard on the sport steering wheel finished with red and blue stitching, and there is now a 10.2-inch flat screen display for navigation and vehicle function information.

Gauges and instrumentation feature Black Panel Technology. Starting the engine brings the onboard information and check control light to life, and once the vehicle is running, prompts appear from the navigation and active driver assistance systems between the dials, including navigation arrows and various system warnings. 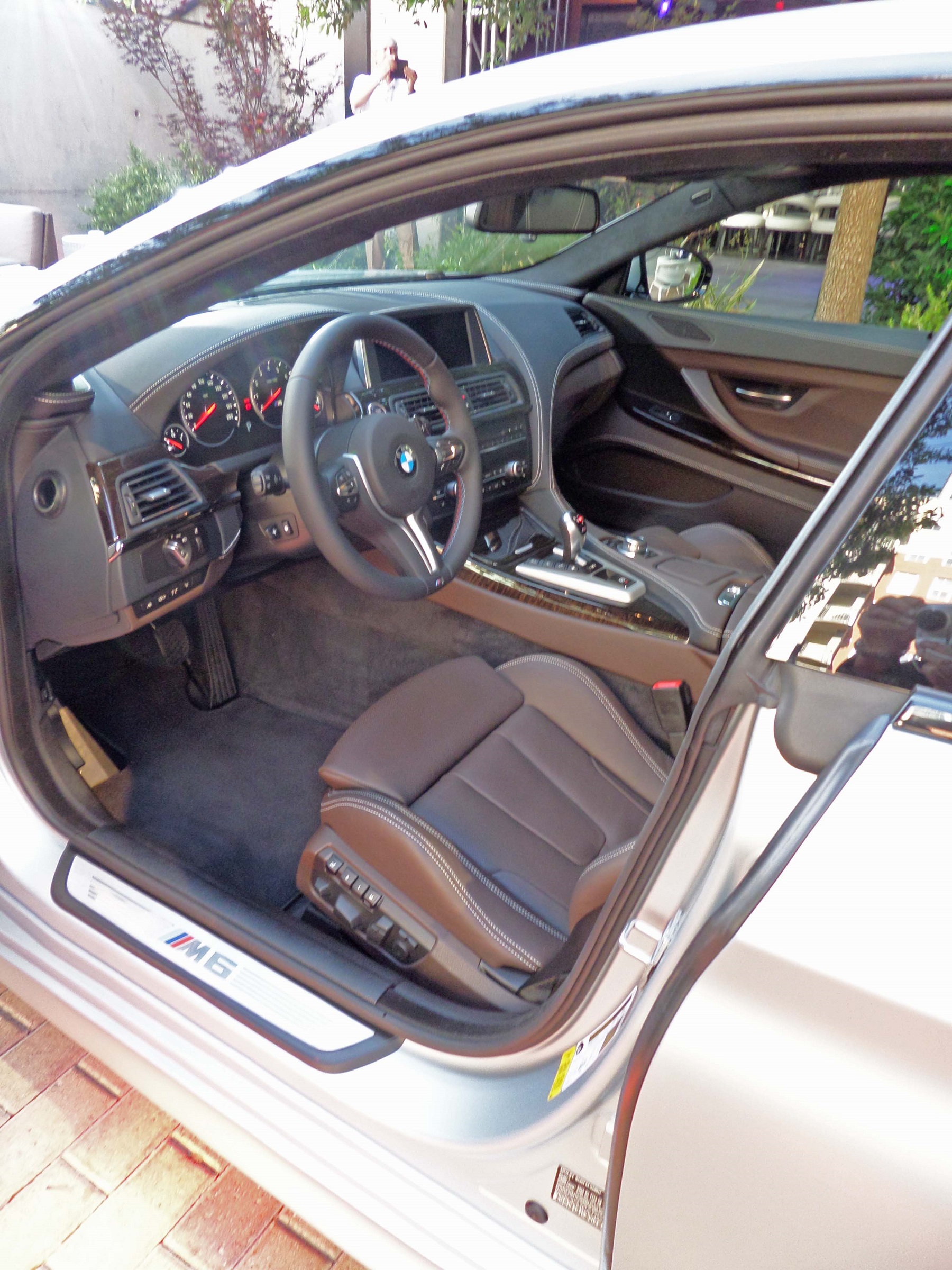 The 2014 BMW M6 Gran Coupe might well be one of the most beautiful vehicles to come from Bavaria, surpassed only by the 6 Series convertible. The new M6 Gran Coupe raises the bar by becoming a four-door model.

The car is a wonder to behold, but better yet, is a complete blast to drive -- on the road or on a track, and in either the manual or automatic transmission version.

Acceleration is available instantly on demand, with steering immediately responsive, and the ride quality, though extremely stable and flat, is not punishing at all -- that is, unless you want it to be by selecting Sport+ through the Dynamic Damping Control (other settings are Normal and Comfort).

There are plenty of Driver Assistance features optionally available, but a base level M6 Gran Coupe is surely an ultimate driving machine to aspire to in its own right.