Mercedes-Benz ranks No. 1 in luxury car sales. Their big seller is the E-Class, accounting for 25 percent of all Mercedes sales. For 2014, the E-Class family showcases new efficient engines, new assistance systems and a new design. The 2014 E-Class also takes a big step forward in efficiency with engines with direct-injection and ECO start/stop technology. 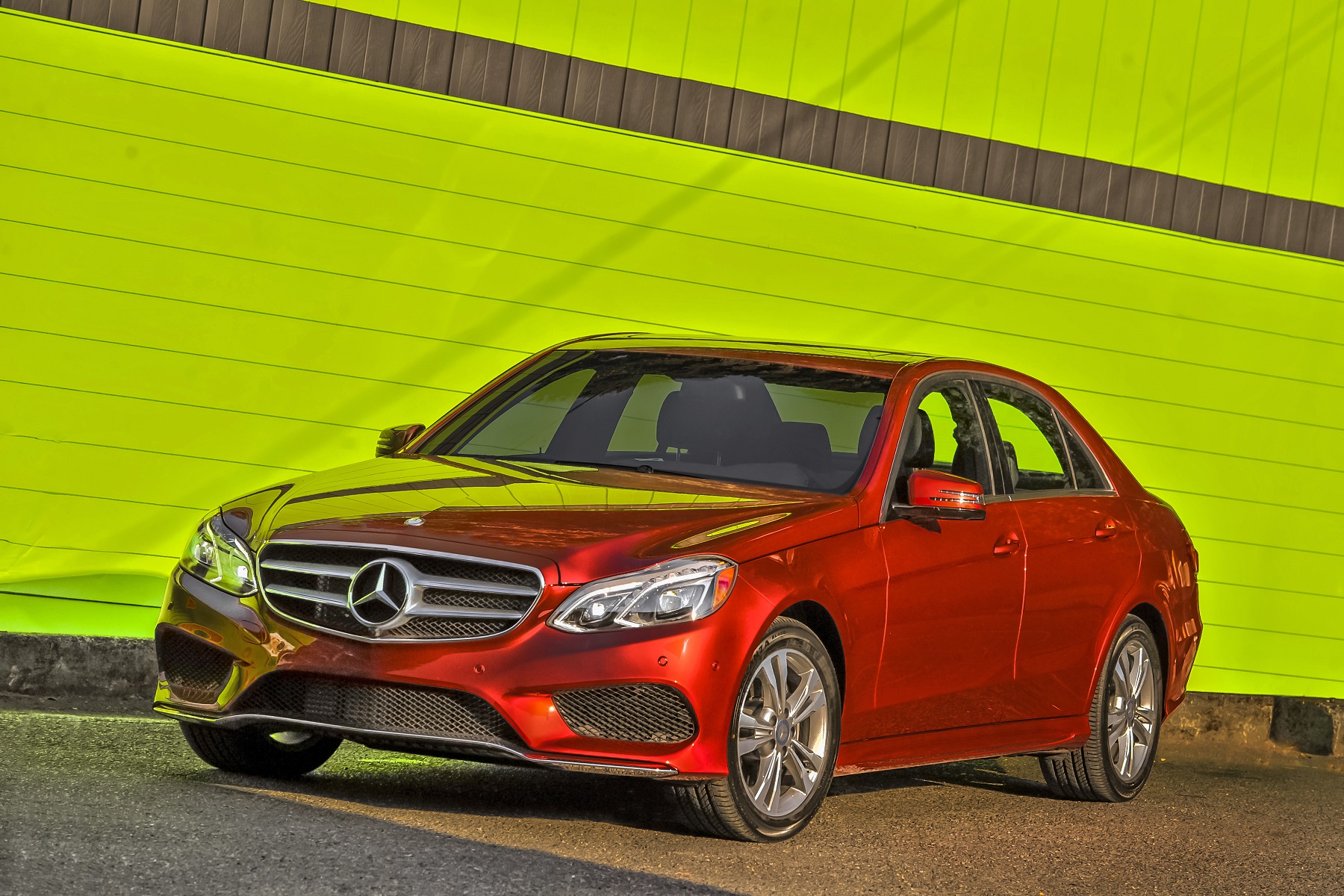 Manufacturer photo: A broad range of powerful gasoline and diesel engines with four, six or eight cylinders is available for customers of the E-Class family to choose from

The 2014 E-Class offers 15 versions in "Luxury" and "Sport" trims and four body styles: Coupe, Sedan, Cabriolet and Wagon. All E-Class models are significantly redesigned. Luxury and Sport trims visually are discernable by the new front fascia and grille treatments and the positioning of the Mercedes-Benz tri-star/circle logo. Luxury models feature a more sedate grille with the logo appearing atop the hood or bonnet, while Sport models lead off with a bolder grille, displaying the logo centered in the grille.

E-Class styling is alluring with just the right amount of elegance. The grille designs are bolder and blend into the dramatic and powerful hood lines. New LED headlamps flank the hood and accentuate the new front bumper air intakes.

The "Pontoon" side flare remains while the rear bumper displays a more athletic persona. Inside are new air outlets with an integrated analog clock, a new instrument display and control buttons, plus a new steering wheel. The shift lever is now relocated to the steering column. Pricing for 2014 Mercedes-Benz E-Class ranges from $51,400 for the E250 BlueTEC 2WD to $102,370 for the E63 AMG S-Model 4MATIC Wagon.

During the recent 2014 E-Class launch, I drove the E250 BlueTEC sedan and the E550 Cabriolet in a variety of driving scenarios from congested city and freeway traffic to challenging and twisting back roads over both smooth and rough road surfaces. We drove models in the Sport trim, which delivers a more dynamic visual impact for my taste. 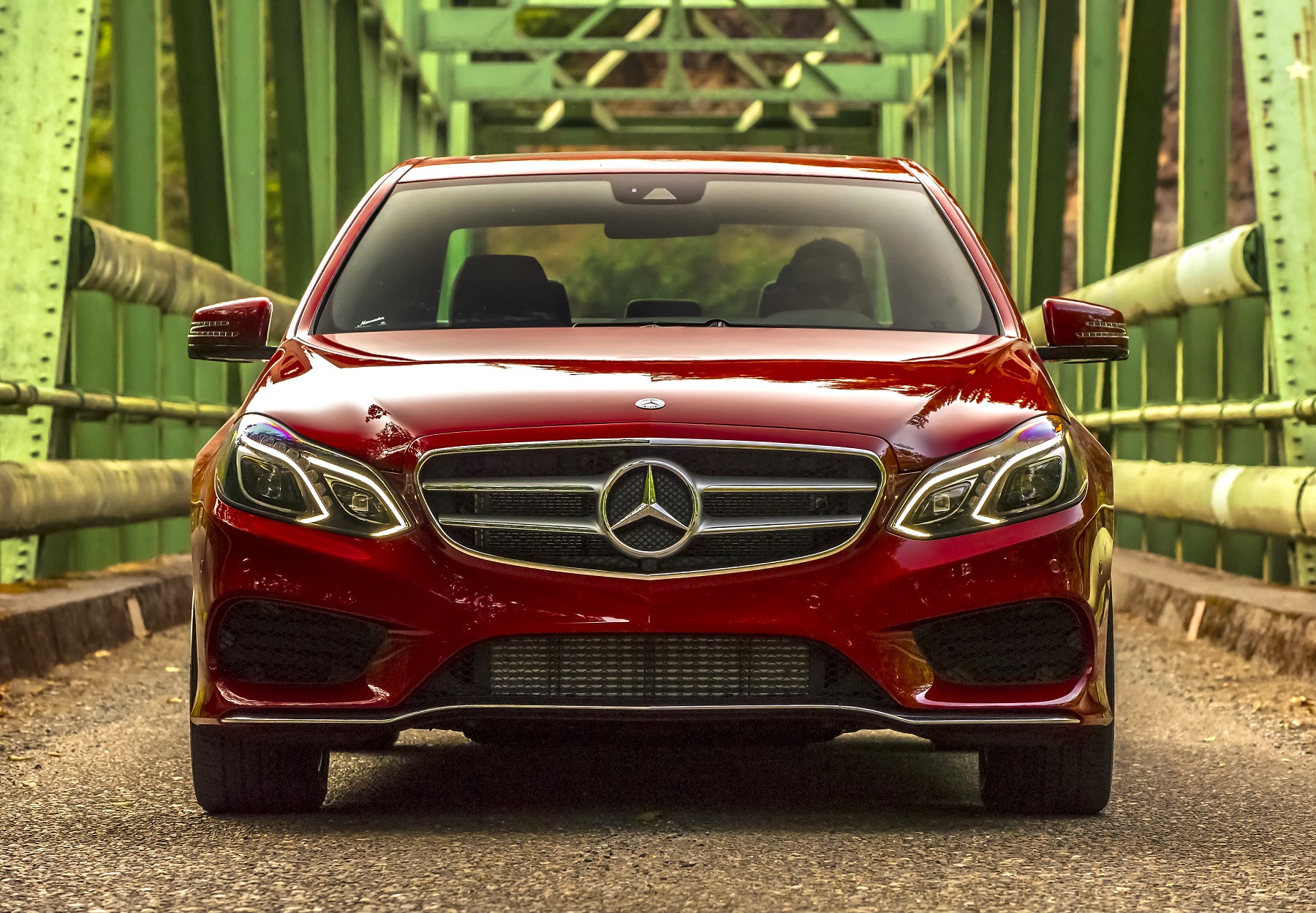 I happen to be a big fan of cabs and wags -- shorthand for cabriolets and wagons. I own two open-air cars and have owned several wagons in the past, however, I never owned a diesel vehicle, so I took advantage of seat time behind the wheel of Mercedes BlueTEC.

The E250 BlueTEC 4MATIC sedan was surprising with its power delivery. The four-cylinder diesel seemed more like a V-6 engine in all respects. The clean diesel was exceptionally quiet and only really noticeable at idle -- with the hood open. A blindfolded person would be hard pressed to identify the car as a diesel. However, I found the E550 Cabriolet to be the most enjoyable.

It provided an unrivaled fresh air driving experience. Power output was plentiful and instantaneous, with rapid acceleration. Ride comfort was exemplary, and the handling characteristics consisted of crisp steering response and great braking. The Airscarf and AirCap contributed to total comfort with top and windows down, even in cloudy, chilling conditions. Wind buffeting and noise were held to a minimum, allowing easy conversation at normal voice levels.

Power for the E250 diesel is a 2.1-liter, 195-horsepower four-cylinder BiTurbo engine that generates 369 lb.-ft. of torque. Mercedes' BlueTEC is clean turbo diesel technology that meets exhaust emissions in all 50 states with EPA ratings of 45 miles per gallon in the RWD.

The E550 is powered by a 4.6-liter BiTurbo V-8 with Direct Injection that makes 402 horses along with 443 lb.-ft. of torque. E-Class engines transfer energy to the driving wheels (either 2WD rear or 4MATIC AWD) through a 7-speed automatic transmission with Economy and Sport modes.

The comprehensive safety technology system, "Intelligent Drive" is now incorporated into the 2014 E-Class models, including Lane Tracking Package with Blind Spot Assist and Lane Keeping Assist, along with the Driver Assistance Package.