The Audi A7 lineup expands for 2014 with two new models: the Audi A7 TDI clean diesel model and the all-new Audi RS 7. 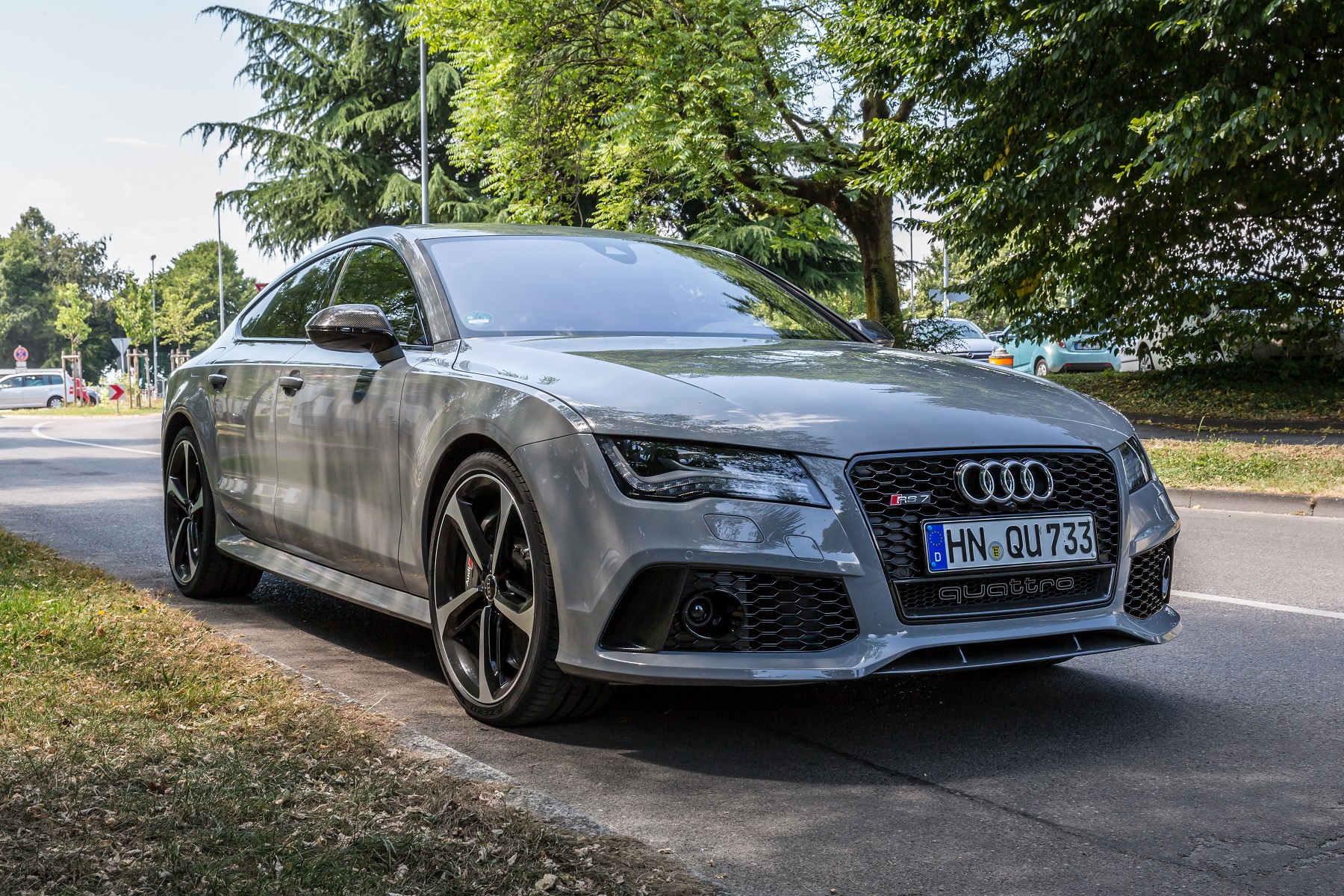 Manufacturer photo: New for 2014, the RS 7 is the most powerful RS model ever offered in the U.S

The incredible RS 7 is the most powerful RS model ever offered in the U.S. My Audi RS 7 tester sported an exterior finish of Misano Red Pearl Effect with the interior done in Black and a base sticker set at $104,900. Though not officially designated as a supercar, the RS 7 is worthy of such praise. This sportback is drop dead gorgeous in its low, sleek and aggressive stance.

The 2014 Audi RS 7 motive force comes from a 4.0-liter turbocharged TFSI V-8 that cranks 560 horsepower in a range from 5,700 to 6,600 rpm, while generating 518 lb.-ft. of torque from 1,750 to 5,500 rpm. The potent engine connects to an eight-speed Tiptronic automatic transmission that transfers power to all four wheels through Audi's quattro all-wheel drive featuring a Sport differential.

In terms of acceleration, it is a virtual rocketship and roars about with smooth gear changes from the silky 8-speed transmission. Handling is crisp and sporty, and the ride is firm but comfortable and not harsh at all with the standard air suspension. I had occasion to prod it effortlessly from the legal freeway speed to an astounding triple-digit figure in the blink-of-an-eye. 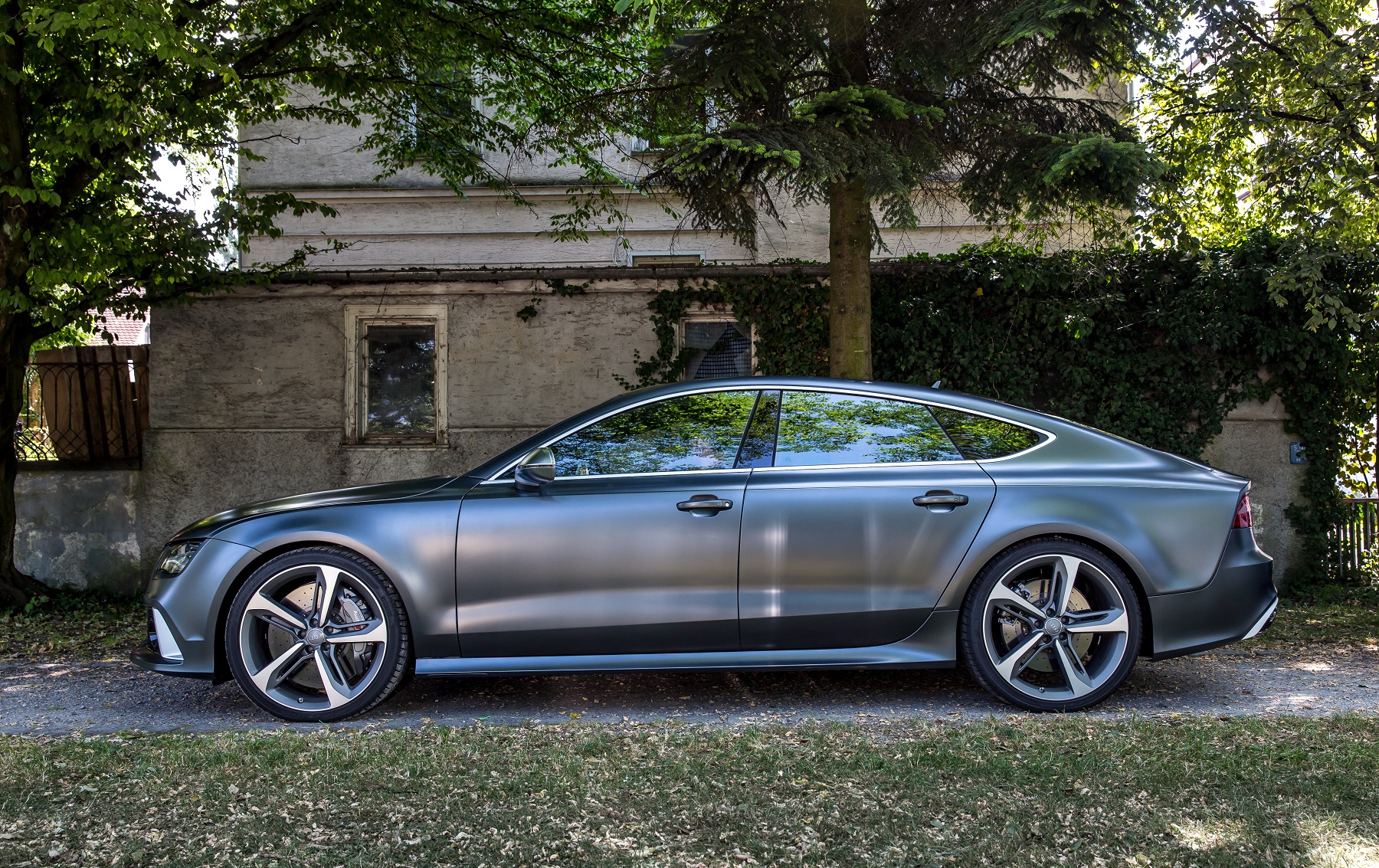 The RS 7 is capable of rocketing from 0-60 mph in less than 3.7 seconds. Despite the phenomenal power, the RS 7 garners an estimated EPA rating of 16 mpg city and 27 mpg highway, thanks to Audi's cylinder-on-demand.

Inside, the Multi Media Interface (MMI) control terminal, located behind the gearshift lever, is in perfect ergonomic arrangement and places its display exactly in the driver's line of vision. The keyless engine start/stop button offers a nice touch, as does the electronic park brake with its console-mounted set/release switch.

The RS 7 is built with Audi's ultra lightweight technology with aluminum hybrid construction. The hood, fenders and doors are aluminum. The car rides on RS adaptive air suspension as standard, while directional control is provided by electromechanical power steering.

The new RS 7 showcases sporty dynamics at its most beautiful, with styling that displays a low roofline, a graceful arched greenhouse and integrated rear doors projecting a coupe-like profile image.

Audi's signature Singleframe grille is contoured at the hood's leading edge, surrounding the high-gloss black honeycomb treatment with varying accents. The wide, low air inlets emphasize the RS 7's width, making a bolder statement than the rest of the A7 stable. The styling cues of the Audi RS 7 are indicative of its high level of performance. 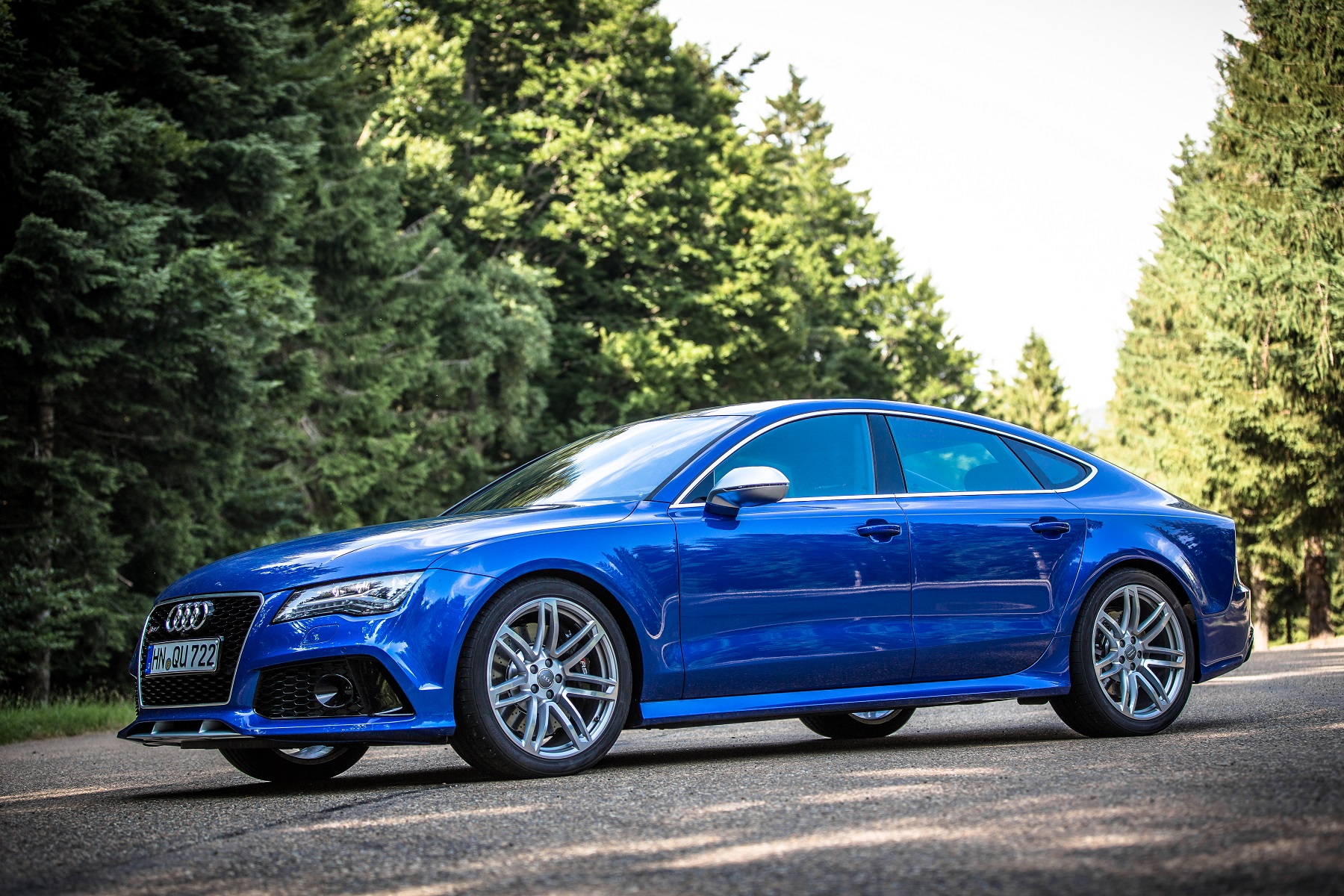 The rear sportback hatch provides a height adjustable power-lift system that opens and closes at the touch of a button. The cargo area is 24.5 cubic feet in its base form, but by folding the 60/40 split rear seat backs flat, an even greater expanse is realized. The RS 7's cabin is adorned with carbon fiber trim accents, along with layered aluminum and Black wood trim elements and Valcona leather Sport seats with a honeycomb quilting treatment.

The mighty might of Audi has long been underrated and overlooked in terms of performance-oriented cars, but trust me this is no longer the case. The RS 7 in particular, presents itself as a world class supercar.