BMW enhances the highly popular and successful 3 Series with an all-new Gran Turismo for 2014. 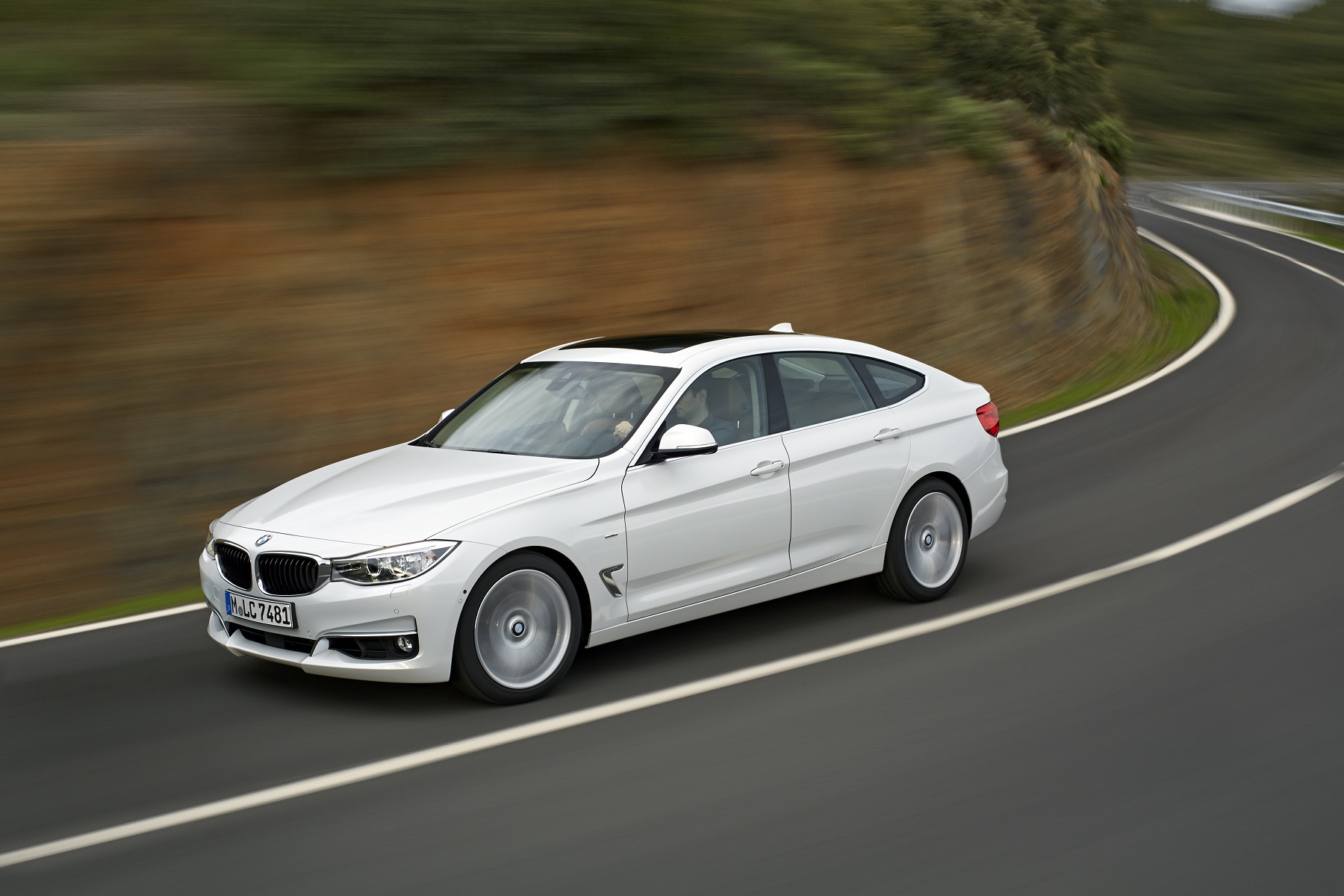 The 2014 BMW 3 Series Gran Turismo is unique and innovative. It appears to be a coupe, but has four doors (actually five counting the rear hatch). It serves up more interior space than the 3 Series Sport Wagon, without being wagon-boxy. It's larger than the 3 Series Sedan and looks and performs for all the world like a BMW.

The GT may well be the perfect choice from the new BMW 3 Series stable. It's ideal to serve duty as a sedan for basic transportation, while also being ideal for long distance touring. Should the driver be overcome by the urge to test their mettle on the track, then the GT is up to that challenge as well, when properly equipped.

Starting at $41,450, BMW offers the GT in 328i and 335i models, available in Sport Line, Luxury Line, Modern Line and in a performance-oriented M Sport treatment.

During the press introduction, I drove both the 335i and 328i models, but spent the most time in a 335i xDrive (all-wheel-drive). The base price was set at $46,850, while adding for the metallic paint Beige leather, Cold Weather Package, Driver Assistant and destination charge brought the total to $52,625. 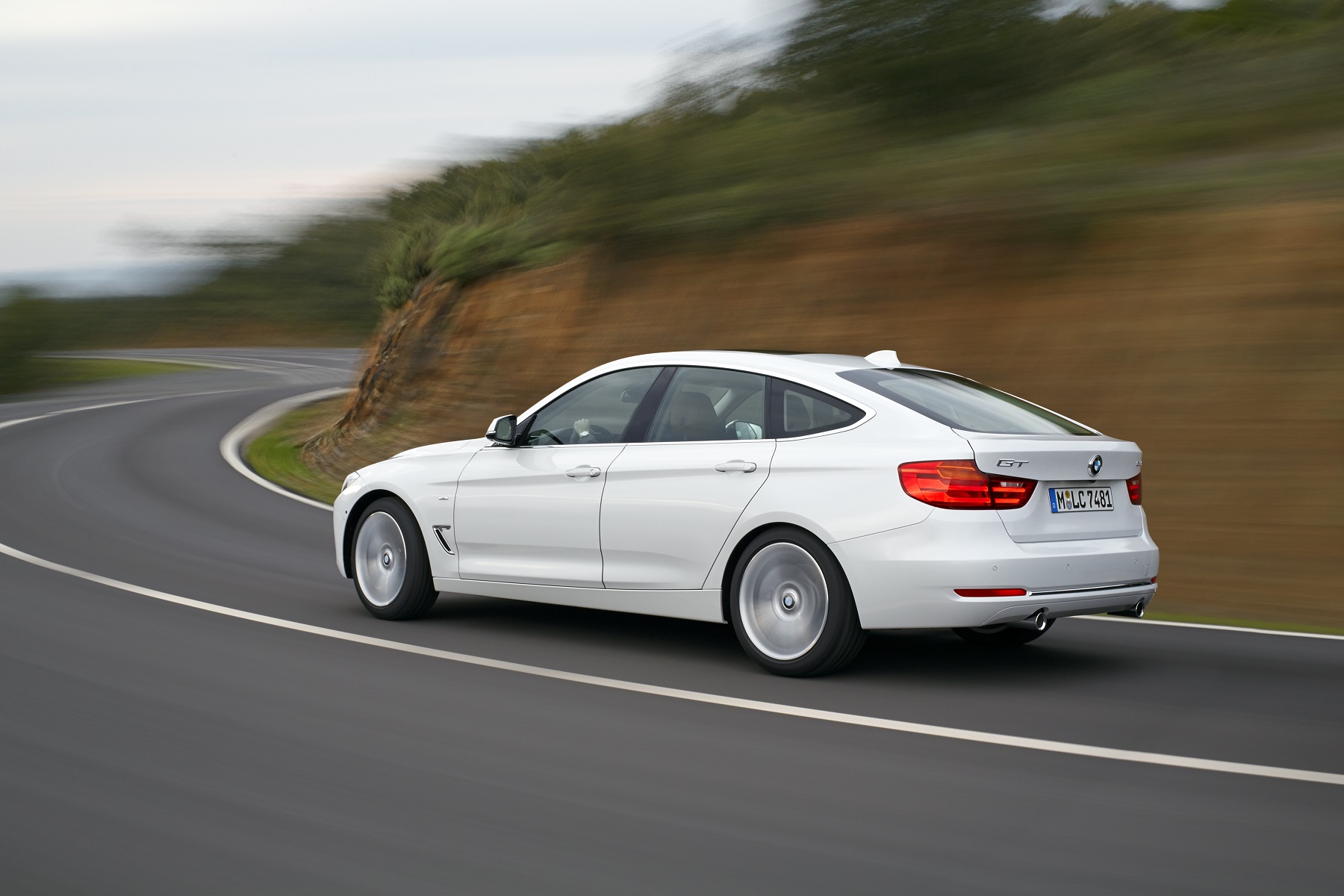 The BMW 328i GT is powered by a 2.0-liter four-cylinder engine with BMW TwinPower Turbo technology to deliver 240 horsepower and 225 lb.-ft. of torque. The BMW 335i draws its motive force from a 3.0-liter, inline six-cylinder that delivers 302 horses while generating 295 lb.-ft. of torque. It also features VANOS, Valvetronic, and single TwinScroll Turbo with high precision Direct Injection.

Both engines are coupled to a high performance eight-speed automatic transmission. There's a sports version of this transmission available for cars equipped with the Sport and M Sport models -- with this version, there are paddle shifters, a Quickshift selector lever on the center console.

I found the ride quality to be admirably comfortable, the acceleration delivered by the 3.0-liter inline six to be more than satisfactory (the 4-banger is no slouch here either, but it has to work harder).

The 3 Series Gran Turismo is 7.9 inches longer than the Sport Wagon, features a 4.3-inch longer wheelbase and stands 3.2 inches taller. All of this translates into generous interior space, enhanced passenger comfort and increased cargo capacity. The seating position is raised 2.3 inches with an additional 2.8 inches of rear seat legroom than found in both the Sedan and Sport Wagon.

The 3 Series GT displays familiar BMW proportions with four doors in frameless windows, a stunning coupe-like profile, a gracefully sloping roofline and a large electrically operated tailgate hatch. There's also an active rear spoiler (the first on a BMW) that contributes to the GT's sporty appeal, but is also functional to help to reduce lift at higher speeds.

The interior accommodations deliver a feeling of First Class ambience for a relaxed touring atmosphere. The lines, flowing forms and materials are all factors that harmonize to complement the exterior's appeal and attractiveness.

The 3 Series Gran Turismo is a delight to drive and to ride in. Would I choose the GT over the Wagon or Sedan? You bet.