The Mercedes-Benz S-Class has been the world's most successful luxury car for decades. It's a tradition that continues to be upheld with the new 2014 Mercedes Benz S-Class. 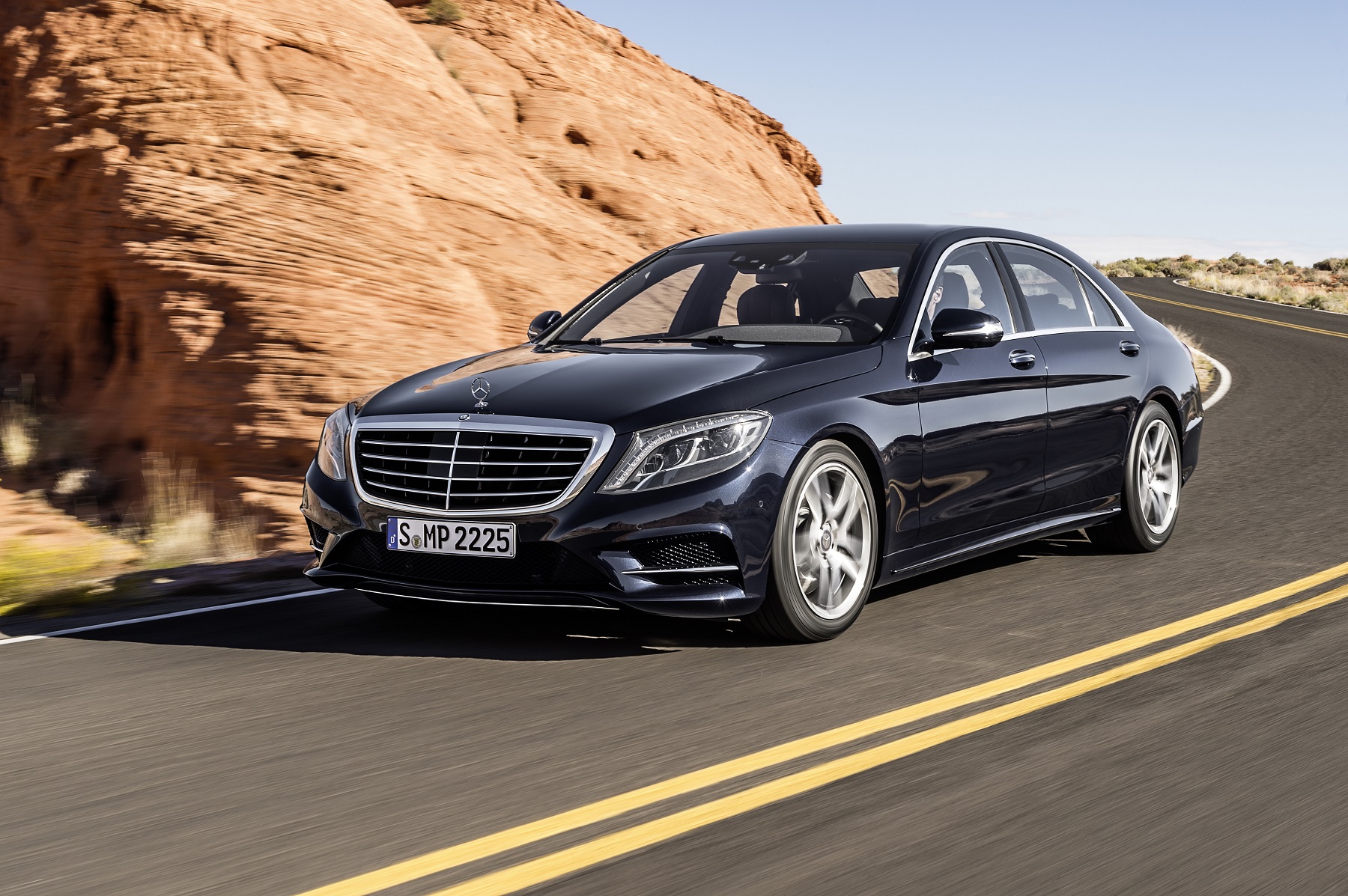 The 2014 Mercedes-Benz S550 may well be the most advanced luxury sedan model available in today's marketplace. It gets high marks in virtually every category: acceleration, handling characteristics, safety technology, ride comfort, and styling.

The 2014 Mercedes-Benz S550 draws its motive force from a 4.6-liter, 32-valve, twin turbocharged V-8 engine with high-pressure fuel injection. The engine makes 449 horsepower from 5,250 to 5,500 rpm while generating 516 lb.-ft. of torque in a range from 1,800 to 3,500 rpm. Driving energy is transferred to the rear wheels via a seven-speed automatic transmission.

In terms of styling, the 2014 Mercedes-Benz S-Class is instantly recognizable, but now boasts even bolder design cues. Up front, the radiator grille is larger, more upright, and distinctly three-dimensional with three pronounced air intakes. The rear end slants gently, and the overall effect showcases classic Mercedes sedan proportions, while projecting a coupe-like profile with blacked out B pillars.

The 2014 S-Class embraces light-emitting diode lighting technology, featuring a complete switch to LED, which makes it the first car in the world to light both the interior and exterior without a single traditional incandescent bulb. 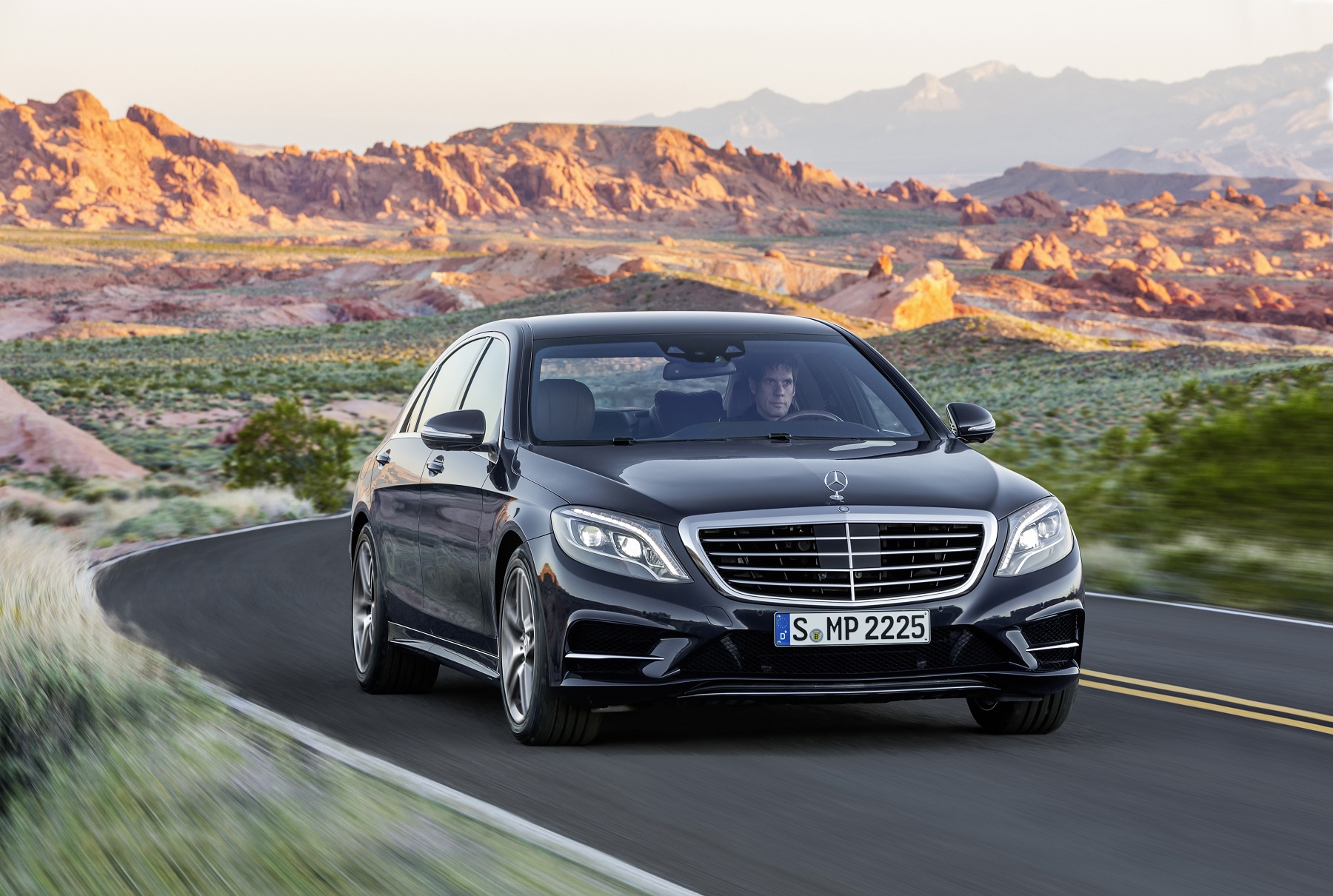 The ultimate goal of Mercedes-Benz is to create a near-perfect luxury vehicle that is the best in the world, and to one day achieve an accident-free driving environment. In that quest, the next-gen S-Class features more than 20 new and significantly enhanced active safety systems.

Standard for S-Class is the continuously operating Active Damping System ADS Plus, as well as an enhanced version of the AIRMATIC full air suspension system. For more comfort on bumpy roads, step up to the optional innovative Magic Body Control suspension system for V-8 models that detects bumps in the road using a Road Surface Scan system to instantaneously set up the suspension to anticipate and smooth out the ride.

Our 2014 S-Class tester came in a long-wheelbase configuration and featured Magic Body Control and the Driver Assistance Package. The base price was set at $92,900, while options and the destination charge elevated the final sticker price to $96,625. I drove it on challenging rural roads and freeways; I also participated in a simulator exercise that demonstrated many of the new and innovative features that the new S-Class has to offer.

The stable of S-Class vehicles for 2014 consists of: an S350 BlueTEC diesel V6; S350 BlueTEC Hybrid; S400 Hybrid; S550 and AMG versions. Models are configured in rear- and all-wheel-drive, along with regular and long wheelbase offerings.