The big news for the 2014 VW Passat lineup is the addition of a new 1.8-liter, turbocharged, direct-injection four-cylinder engine that will be phased in to gradually replace the 2.5-liter five-cylinder engine. 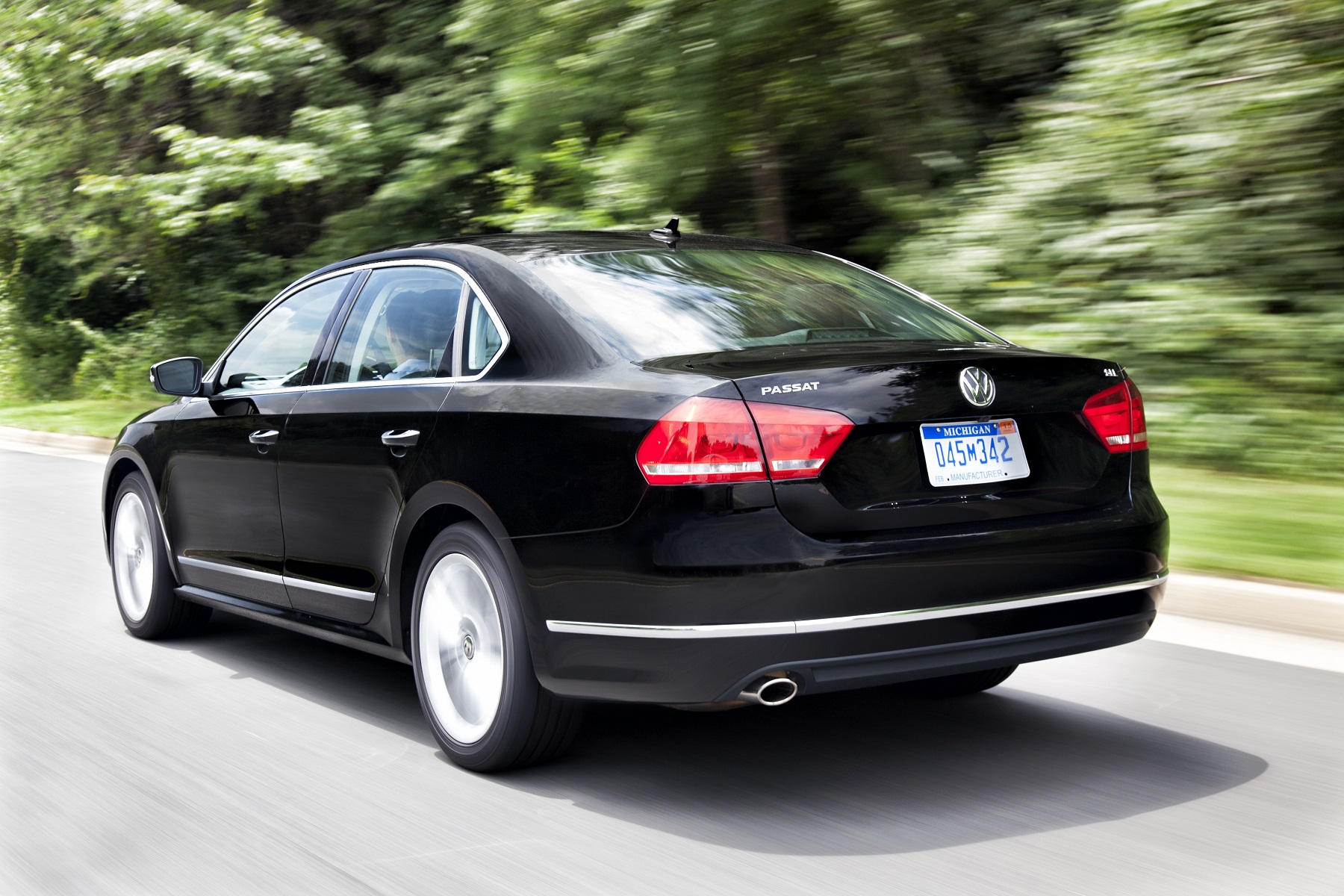 The brand-new 1.8-liter engine produces 170 horsepower (same as the 2.5-liter engine), while also developing 184 lb.-ft. of torque for a 7 lb.-ft. increase delivered in a lower rev range. The manual transmission model has an EPA estimated fuel economy figure of 24 mpg in the city and 35 mpg on the highway, an improvement of 3 mpg over the outgoing 2.5-liter engine's highway figure.

Another significant mechanical improvement is that on cars powered by the 1.8T engine, an electric-assist system replaces the hydraulic power-assisted rack-and-pinion steering.

In addition for the 2014 Passat, there's also a 2.0-liter four-cylinder TDI diesel that delivers 140 horses and 236 lb.-ft. of torque, and a 3.6-liter VR6. Transmission choices include a six-speed manual gearbox; a six-speed automatic, or VW's six-speed DSG automatic, which is optional on the Passat TDI Clean Diesel. 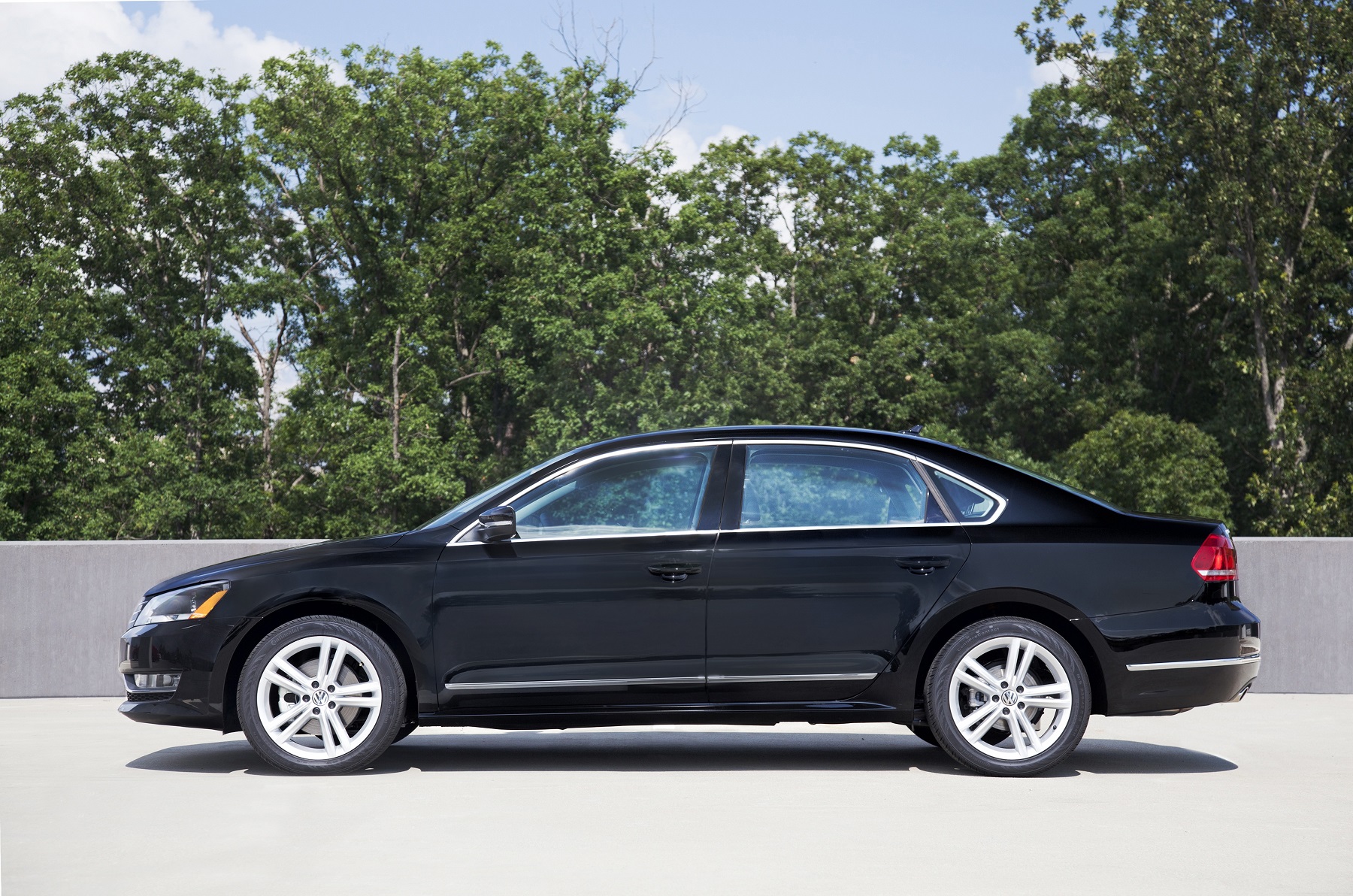 Up front, the Passat displays the horizontal brand face, with the three-blade grille and headlights that form a single unit. The grille is sculpted in a three-dimensional shape making a strict geometric impression. Beneath the front bumper is a large, lower intake with a striking honeycomb surface and available foglights housed at each end.

In profile, the muscular ridge in the sill area creates an engaging interplay of light reflections and powerfully sculpted wheel arches emphasize the Passat's dynamics. The roof lines flow toward the rear, with a coupe-like cut of the rear window. Three side windows create a long, extended glass surface.

The cabin of the 2014 Volkswagen Passat provides plenty of space, with room for five adults to travel in comfort, and four large, wide-opening doors allow for ease of ingress and egress.

The interior lines flow in an easy, pleasing style, complimented by high-quality materials applied with craftsmanship and attention to detail. 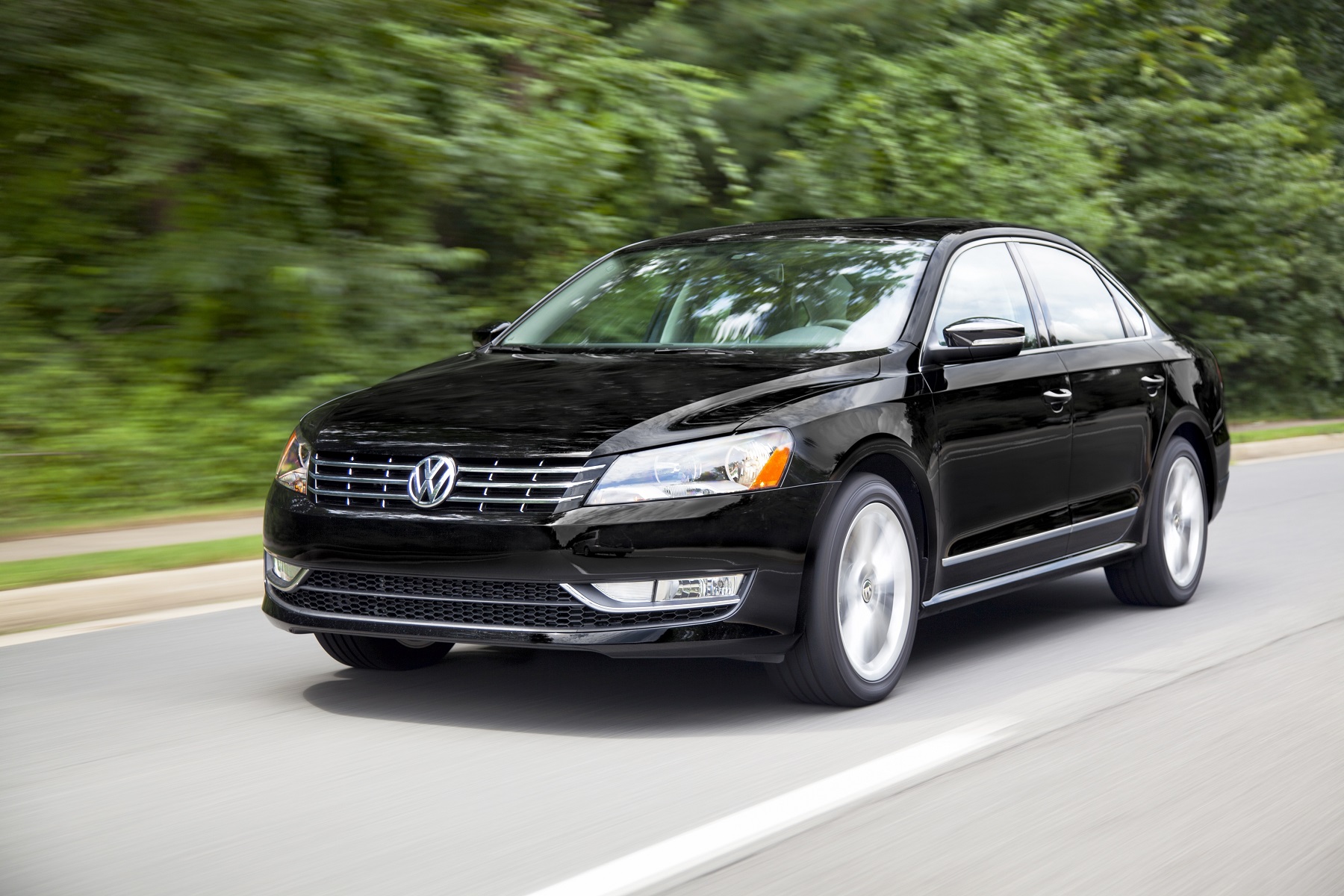 Seats are comfortable, with an emphasis on providing extra thigh support for long-distance road trips. The driver's seat adjusts eight ways, including lumbar, even in the base version. Cloth trim is offered with the base S model, while the Wolfsburg and higher trims feature Volkswagen's characteristic perforated V-Tex leatherette seating surfaces. Two-tone seating is offered on SE models, while SEL models move up to leather seating surfaces.

There are four trim levels of the 2014 Volkswagen Passat: the base S; the Wolfsburg Edition; SE; and SEL. For 2014, all trims, with the exception of the base S model, receive VW Car-Net connected services, and rearview cameras are now found in SE and above trims.

My 2014 Volkswagen Passat 1.8T was in SEL Premium trim with the six-speed automatic. The base price was set at $30,895 while the destination charge brought the final total to $31,715.

Essentially, the new large Passat sedan drives more like a smaller vehicle. Acceleration is brisk and more than adequate. The ride comfort is exceptional, serving up what one would expect from a much larger luxury sedan. Handling characteristics lean to the sporty side of the equation.

The Passat has a lot going for it. It may not be as sporty as the GTI or as sexy as the CC, but it is cleanly attractive and serves up traditional German engineering excellence even though it was designed specifically for the U.S. market and is built right here in America -- in VW's plant in Chattanooga, Tenn. 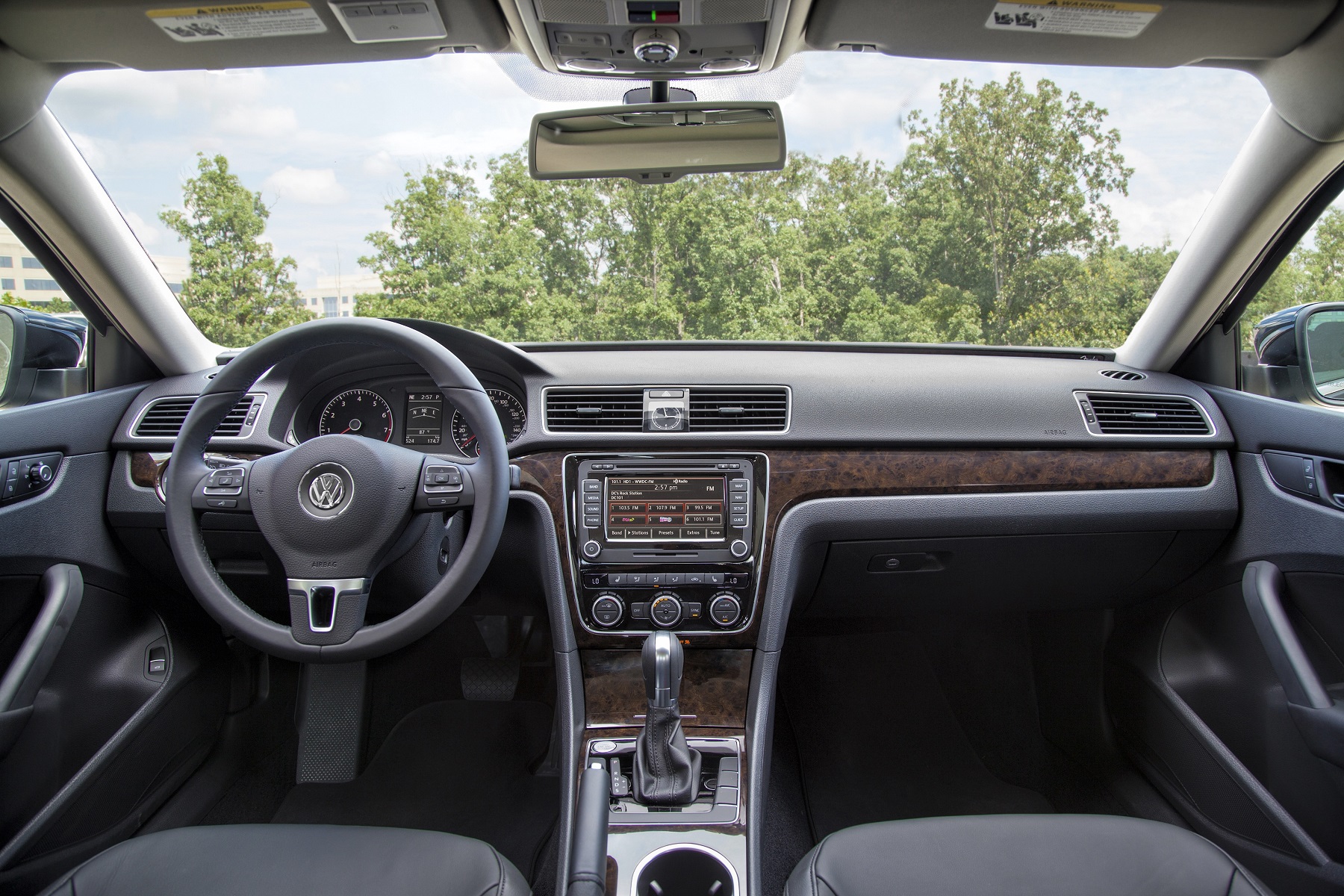 strong>Manufacturer Photo: The 2014 Volkswagen Passat is a midsize sedan with the space and comfort of many full-size models, offering remarkable, best-in-class, stretch-out rear-seat legroom and trunk space to match. Under hood, the 2.5-liter five-cylinder engine is being gradually replaced by a brand new 1.8-liter turbocharged and direct-injection four-cylinder engine. The engine makes 170 horsepower (the same as the 2.5L) and 184 lb.-ft. of torque (7 lb-ft more, delivered lower in the rev range). The Passat TDI version delivers an EPA estimated 43 miles per gallon on the highway with the manual transmission, giving a range of almost 800 miles.