GMC still rates its vehicles "Professional Grade," and the latest GMC Yukon family is intended to deliver both comfort and capability in ample doses. The all-new 2015 Yukon and Yukon XL -- and Yukon Denali / Yukon XL Denali -- are all based on the same architecture and share similar styling elements. 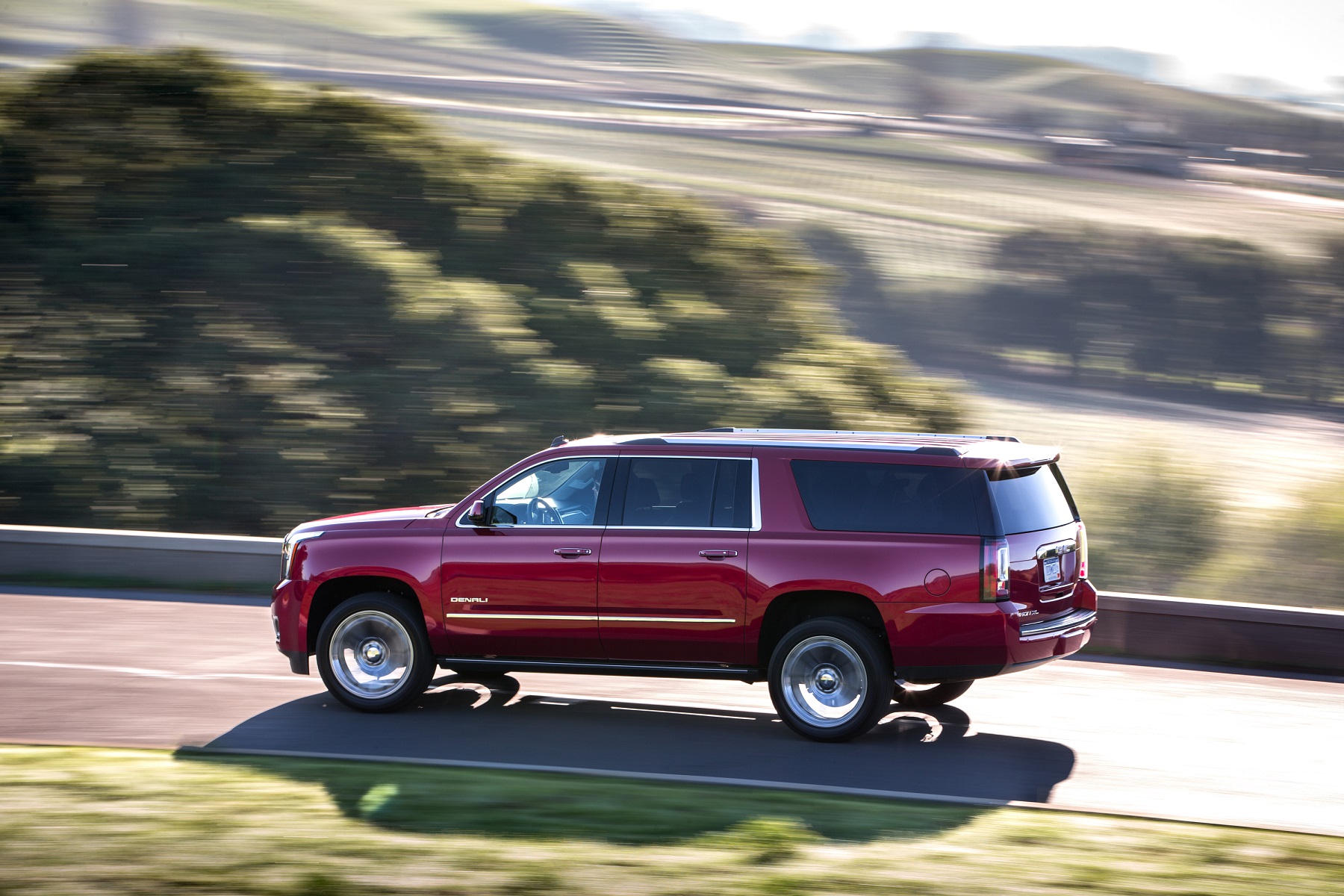 Yukon models offer great interior space, capability, and maneuverability for customers on the go, but the Yukon XL delivers maximum passenger and cargo-hauling capability. If you need generous space and premium comfort, the Yukon XL Denali is the cream of the crop for seating nine people.

The Yukon XL Denali's larger size also enables it to carry more cargo. Behind the XL Denali's third-row seats, there is 39.3 cu.-ft. volume; though its maximum cargo volume stretches to 121.1 cubic feet, which is 28 percent greater than the regular Yukon version. 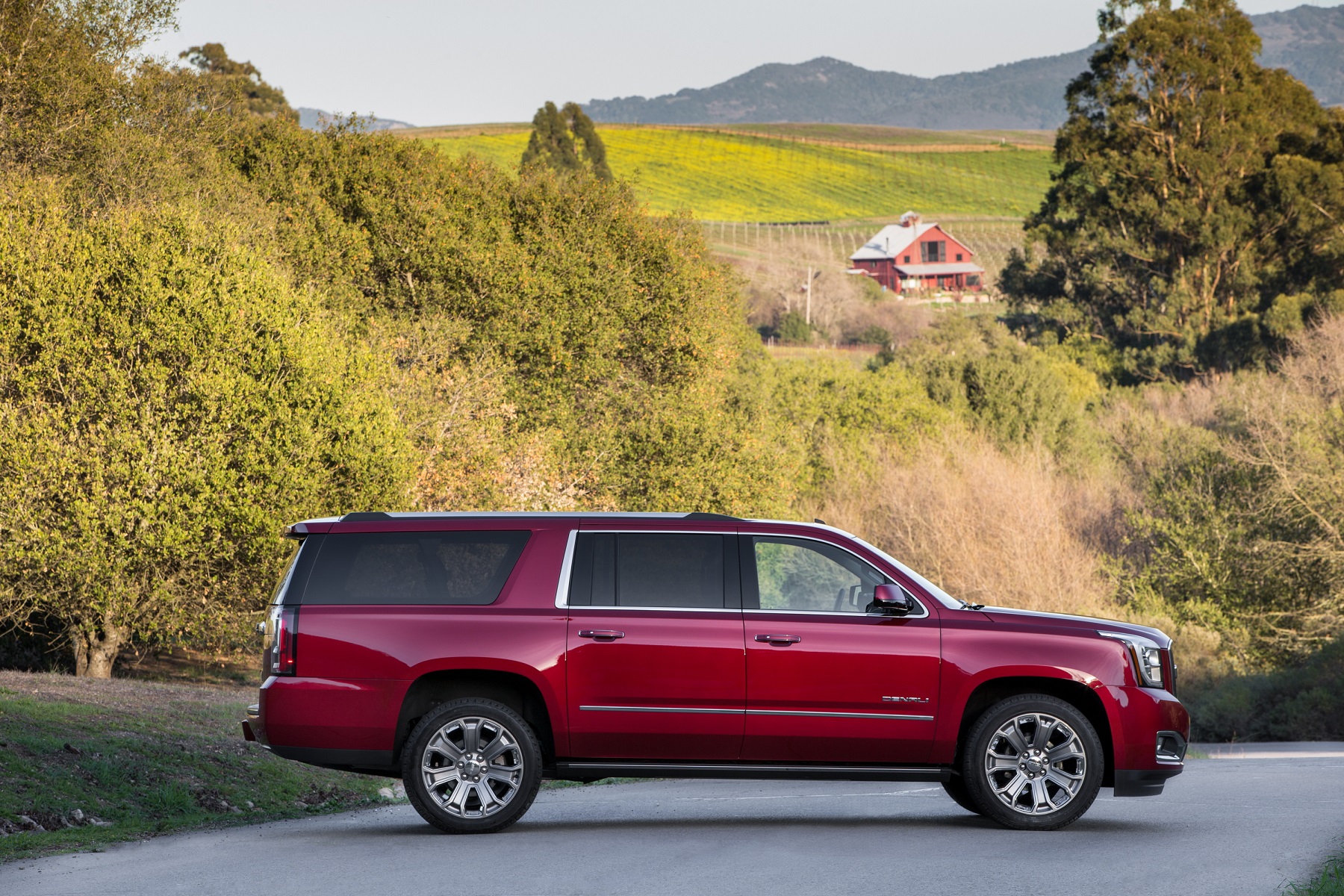 The Yukon XL Denali is engineered to make trailering easier, with greater capability and features such as a tow/haul mode, trailer sway control, auto grade braking, and hill-start assist. The XL Denali's towing capacity is rated at 8,300 pounds.

All functions for the Denali cluster can be controlled via the steering wheel and are integrated with the vehicle's center stack so drivers can access audio, phone and navigation functions in the cluster as well.

The unique cluster also includes tow/haul mode information, such as brake settings, gain/output and connection data -- a first for Denali. An 8-inch color touchscreen radio in the center of the instrument panel incorporates a secured storage bin behind the motorized screen. Ambient lighting highlights all functional areas, including footwells and door handles.

Denali seating is enhanced with standard heated/cooled, perforated leather-appointed, 12-way power bucket front seats, including four-way lumbar control. Third- and second-row seats now fold flat to the floor. Power-release second-row switches on the pillar behind the rear door provide easy access to the third row. And to make loading long and bulky items easy, power switches for both the second- and third-row seats are located just inside the rear cargo area on the passenger side of the vehicle.

The sum of $77,965 is very large, but then again, this is a very large vehicle, weighing in at just over three tons.

It doesn't feel nearly as large as it is. Basically, it looks large, but drives much smaller. Acceleration is outstanding from the 420-horsepower, 6.2-liter V-8 engine, which also boasts 460 lb.-ft. of torque. Manual gear changing of the eight-speed automatic transmission may be accomplished by a thumb switch on the gearshift stalk, which is effective enough, but paddle shifters would be more to my liking. Fuel economy is EPA-rated at 15 mpg city/22 mpg highway for two-wheel-drive models.

The ride quality and handling characteristics are also outstanding for a vehicle of this magnitude and overall mass. And it looks good, too.

To be sure, there will be full-size SUV nay-sayers who will berate any vehicle this large, but let's face it, there are different strokes for different folks, and some folks really need an SUV in this category. If they can afford it, I say "Why not?"