The 2016 Ford Mustang GT delivers not only great driving fun, but also admirable power and performance levels, along with surprising efficiency. It's a wild horse that's indeed tamable. 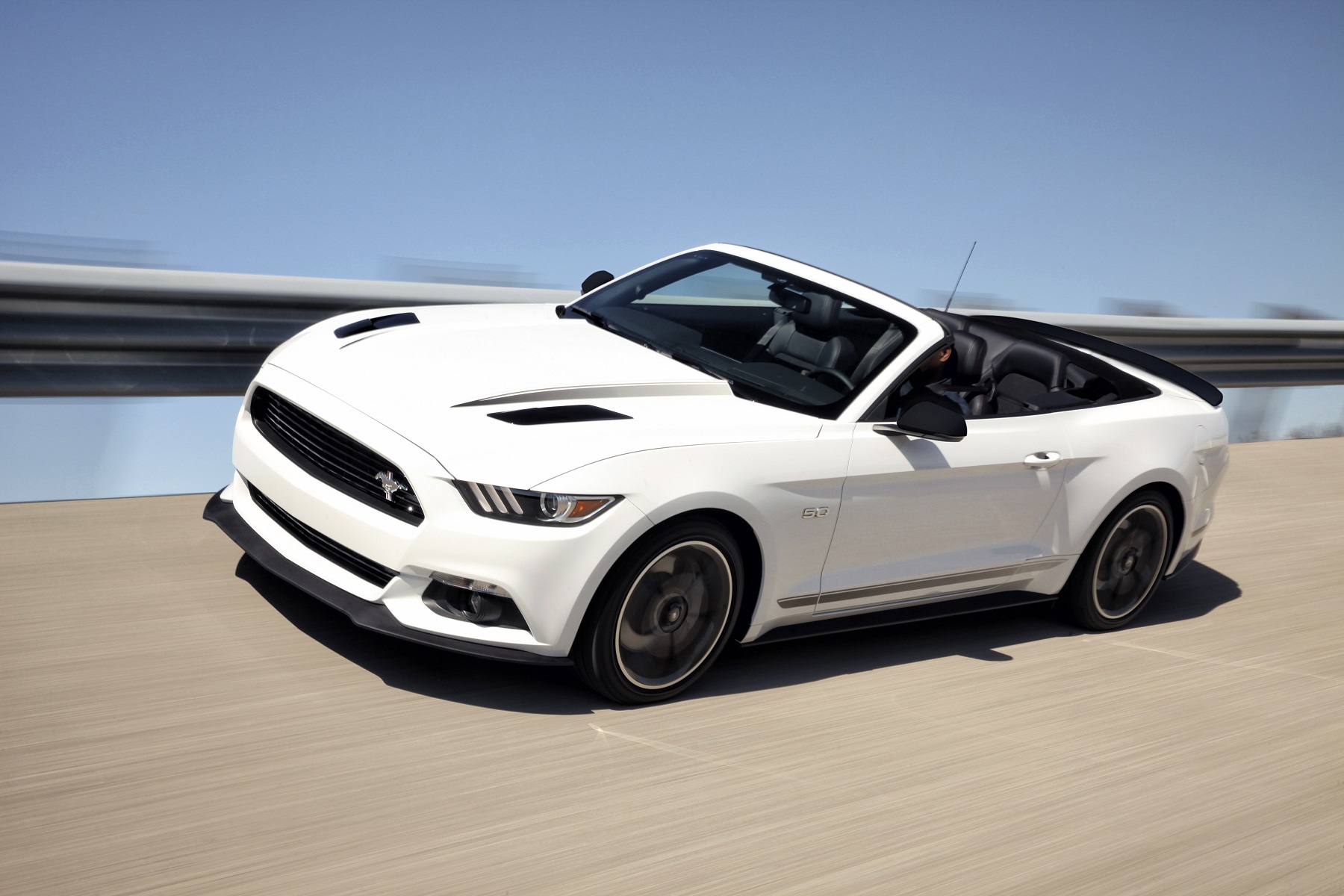 The Mustang GT is powered by a 32-valve 5.0-liter V-8 engine that now delivers 435 horsepower at 6,500 rpm while also generating 400 lb.-ft. of torque at 4,250 rpm. Advanced engineering utilizes features such as Twin Independent Variable Camshaft Timing and all-aluminum construction to achieve these output figures.

Performance capability makes the newest Ford Mustang GT a power to be reckoned with in the current "pony-car" wars. Some examples: the new electronic power assisted steering eliminates the drag of an engine-operated hydraulic power steering pump and combined with the new six-speed transmissions, the standard 3.31:1 (manual) and 3.15:1 (automatic) rear axle ratios offer the ideal blend of mellow cruising rpm and flat-out, tire-smoking acceleration.

Convertible models provide enhanced structural rigidity with a 12 percent improvement in lateral stiffness. A tower-to-tower front strut cross brace is now standard and the V-brace has been strengthened with additional gussets. The secondary crossmember has also been stiffened while a front Z-brace has been added, connecting the primary and secondary crossmembers. Stiffening foam was also added to the A-pillars for increased strength as well.

Aerodynamic enhancements include a new front fascia, tire spats on the rear wheels, modified underbody shields, and an elevated (taller) air dam along with an added rear decklid seal. 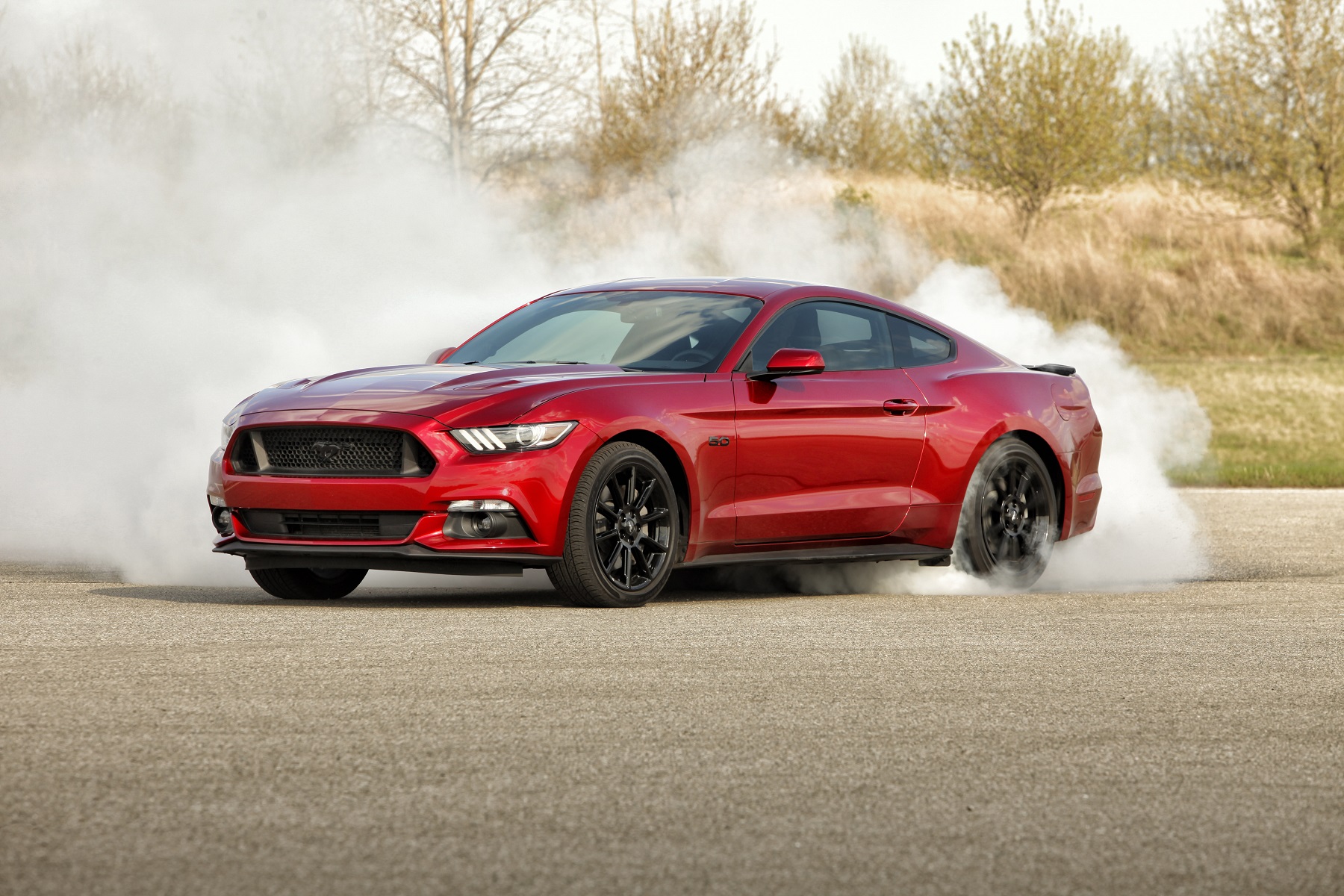 In terms of design and styling, while the 2016 Mustang GT is not dramatically changed, the following appearance modifications have been implemented: New fender badges and side trim join a new engine cover, and the speedometer display goes up to 160 mph, while the tachometer redline increases from 6,500 to 7,000 rpm.

My Mustang 5.0 GT test car was a convertible with a base price of $41,895, equipped with the six-speed manual gearbox and featured a Competition Orange exterior and a Charcoal top and Ebony interior trimmed with machine-finished metal trim accents. It was also equipped with the California Special Package which includes distinct badging, unique wheels, and Miko-sueded inserts with red accent stitching and a commemorative California Special dash plaque.

The 2016 Mustang GT convertible is ideal for drivers with the need for speed and fresh-air motoring. The 5.0-liter V-8 emits an incredibly sweet rumble from its exhaust in any gear, across the entire broad torque range. Acceleration comes swiftly and pleasingly with either the manual or automatic transmission. The manual gearbox delivers short throws smoothly and precisely, with a little attention needed for sixth gear due to the spring loading. The skip shift feature required from first to fourth is an annoyance should the engine rpm be too low when tooling around town, but it adds to the governmental fuel economy equation.

Ride quality is firm and stable, yet complaint and comfortable, with totally civilized handing characteristics, even when pushed to the edge. Interior ergonomics optimally place switchgear and controls for ease of use and functionality. A power outlet positioned high on the dash between the air vents is ideal for plugging in a radar detector, while another resides in the center console for other accessories such as phone, iPod, or MP3 player which may all be SYNCed through Ford's connectivity system.