The 2016 MINI Cooper Convertible represents a new edition of the first, which is still the only premium convertible in the small-car segment. This latest-iteration MINI Convertible is available in three models in the U.S. 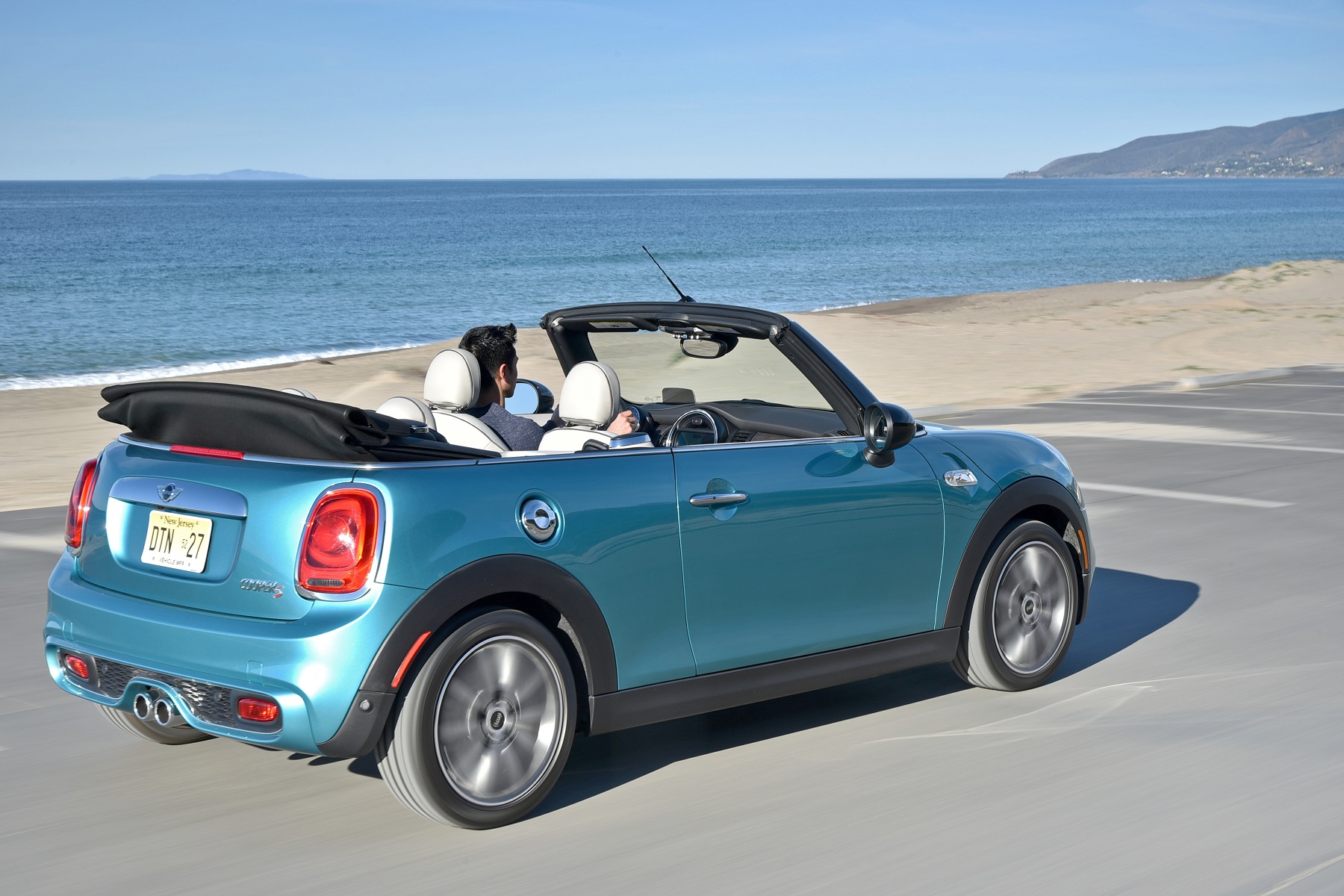 It comes as the MINI Cooper or MINI Cooper S Convertible, and also as a special edition MINI John Cooper Works high-performance model. All models serve up seating for four, with two doors and ample cargo space.

The MINI Convertible offerings draw their motive force from either a 1.5-liter inline three-cylinder TwinPower Turbo engine that makes 134 horsepower at 4,400 rpm along with 162 lb.-ft. of torque at 1,250 rpm; while the higher-performance MINI Cooper S is powered by a 2.0-liter four-cylinder TwinPower Turbo motor that delivers 189 horses at 5,000 rpm while also developing 207 lb.-ft. of torque at 1,250 rpm.

The 2016 MINI Convertible provides a refined and firm, European road feel, with a standard adjustable Driving Mode system, which allows directing the technically sophisticated drivetrain to match the driver's motoring mood. Sport Mode tightens steering and adjusts the throttle profile for a more aggressive driving scenario, while switching to Green Mode yields more fuel-efficient motoring, with optimized fuel delivery, tweaked shift points, and a coasting feature that disengages the automatic transmission when lifting off the throttle. 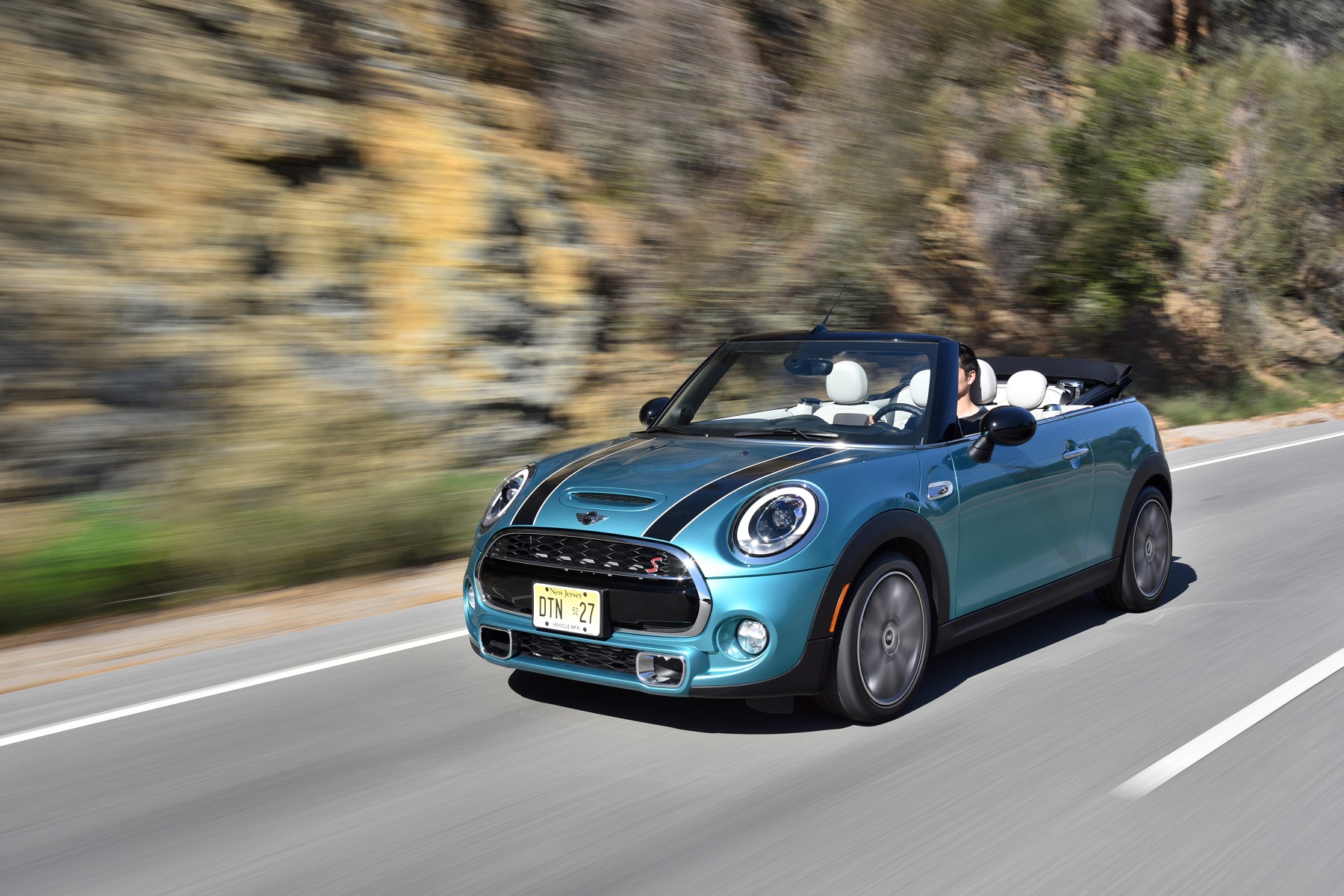 The convertible is unmistakably recognizable as a MINI while displaying British heritage and delivering world-class handling attributes. The MINI Convertible's new streamlined body is aerodynamically sculpted, and grows in both size and refinement.

The interior consists of a premium cabin with a new center console design. It is well appointed, with five high-end leather upholstery options, such as Chester Leather with diamond pattern stitching. Subtle ambient lighting creates varying cockpit moods with a multitude of settings and color tones, and cargo space has been increased by 25 percent.

MINI Connected is standard fare in the MINI Cooper and Cooper S Convertible, featuring a high-resolution 6.5-inch or optional 8.8-inch display. An optional Park Assistant utilizes sensors to size up a potential parking spot to ensure that the MINI will fit. Then, the system will partner with the Park Distance Control to take over and steer the car into place providing precise prompts telling the driver when to brake, apply the gas, and shift between forward and reverse.

I drove the 189-horsepower MINI Cooper S Convertible with the six-speed Steptronic automatic. It wore a Melting Silver metallic exterior with a "MINI Yours" herringbone-stitch woven pattern, Union Jack top, and a Chester leather and Malt Brown interior featuring Fiber Alloy aluminum trim accents. The base price was set at $29,600, while the final sticker came to $30,450.

My drive route was from Los Angeles through the Mulholland Hills and Topanga Canyon to Point Dume Beach, Malibu, and back to L.A. Despite the fact that the new MINI Cooper S Convertible is larger when compared to the preceding model, it still handles with go-kart agility, bringing a smile to my passenger during spirited maneuvers. 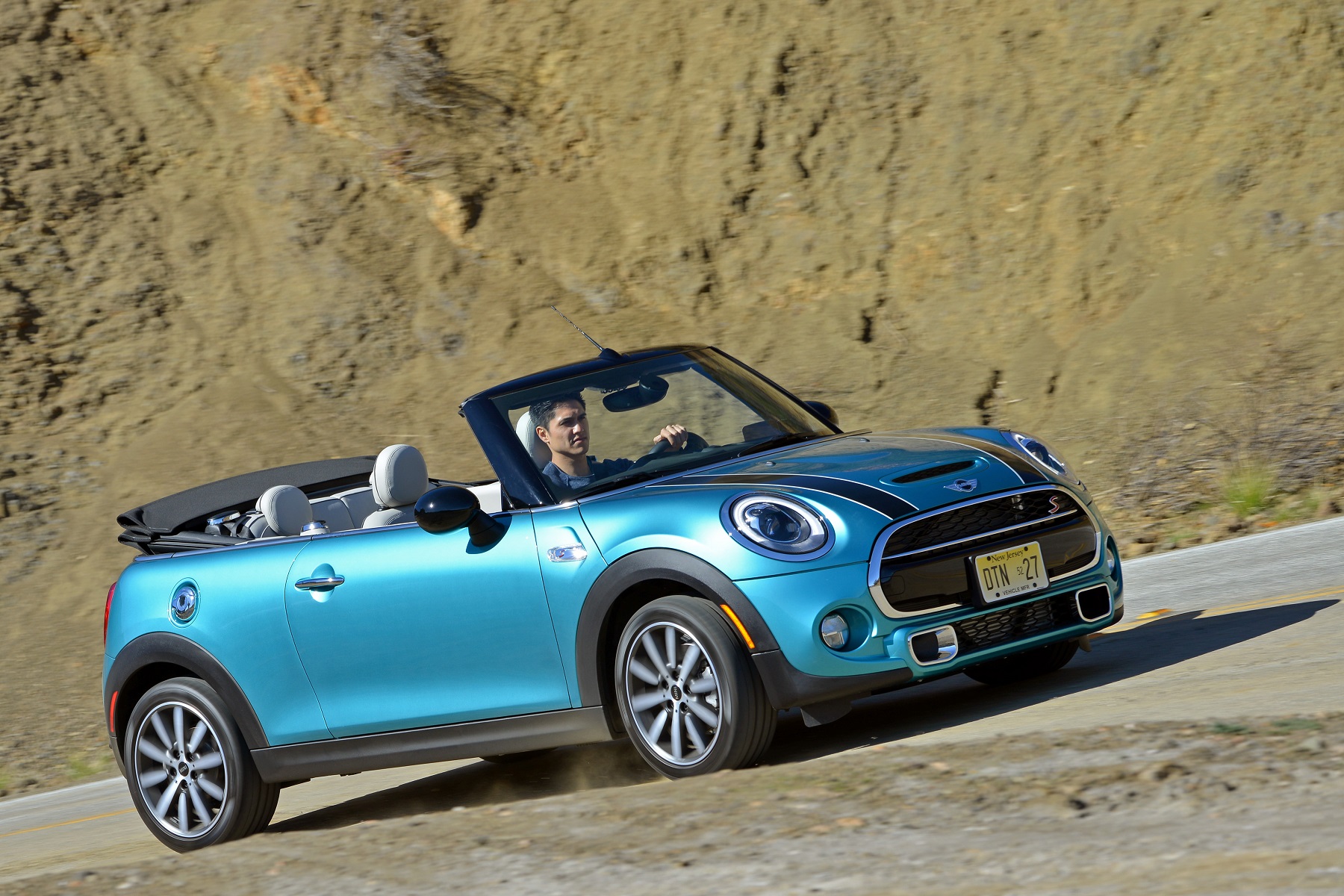 Run-flat tires provide a firm but not objectionable ride quality. In fact, the seats are highly supportive and comfortable. I felt that the electronic power steering was spot-on and instantly responsive, while my driving partner found it to be lacking in feedback. In any case, the stability and road-holding ability are most impressive. Acceleration is certainly more than adequate, but a more robust engine and exhaust note would not be a bad thing, increasing the sporting flavor of what is now a more-refined and sophisticated MINI, suitable for long-distance travel in comfort.

The convertible top now comes with a new feature, opening partially for a sunroof effect or operating to fully open at the touch of a switch in 18 seconds at speeds up to 18 mph. Another plus is that the homely protective roll-over hoops of earlier models are now hidden for a much cleaner top-down appearance, and the easily installed and removable rear-seat wind deflector is genuinely effective in reducing wind buffeting.

The only negative issue encountered was with the navigation system, which is not readily intuitive and often seems to have a mind of its own, which may well be only a software problem.