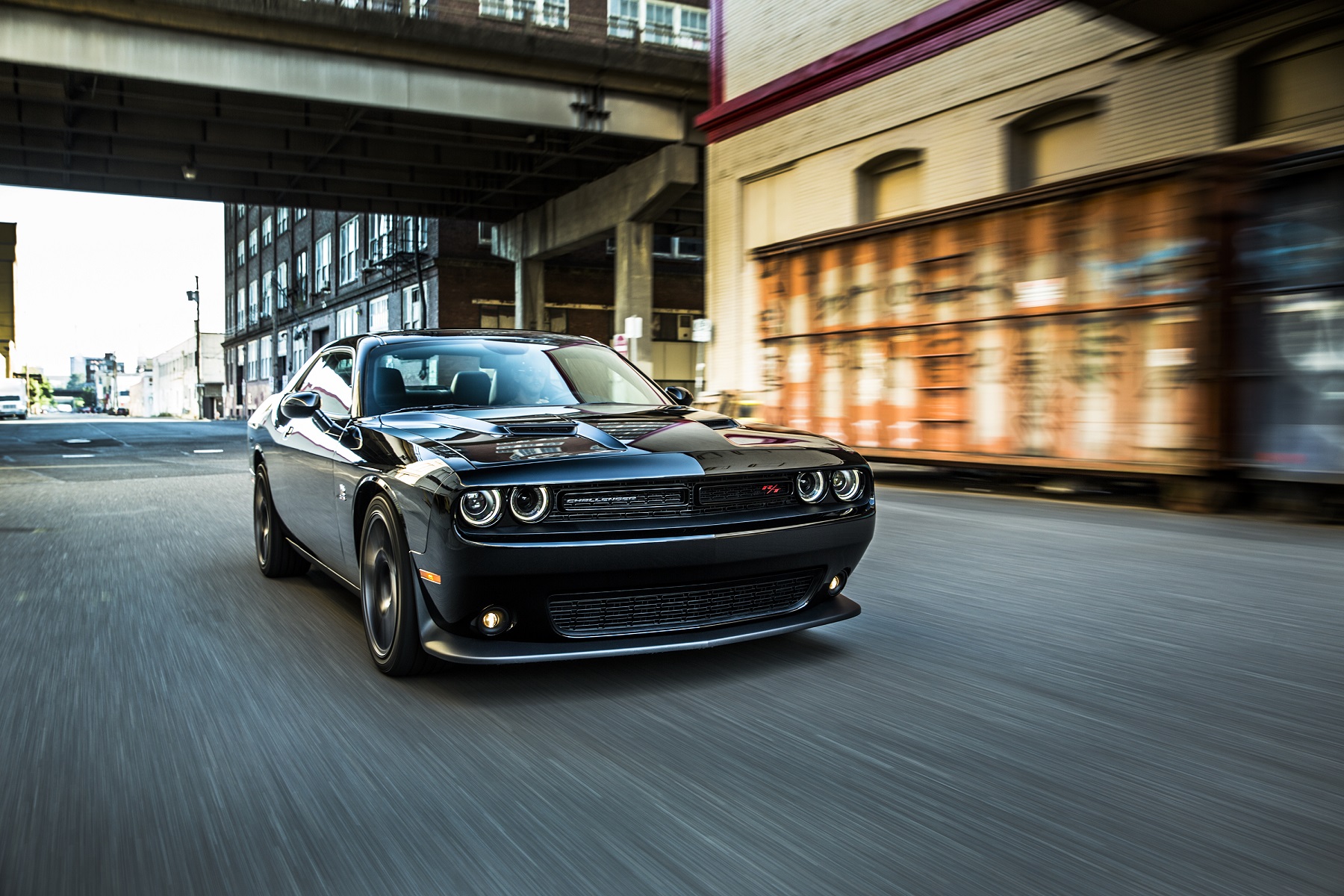 It rests behind the similarly powered but better-equipped and more-expensive Challenger SRT 392, as well as the astounding 707-hp Hellcat, which comes with a price tag that nudges 70 grand.

Even in that company, the R/T Scat Pack comes across in every way as a sharp car with edgy looks; precise turn-in, handling, and braking; and hair-trigger throttle response. Though it can trundle along in the docile way of an economy car, that manner requires the driver to use a feather foot. Anything more aggressive and the Scat Pack snaps necks as it leaps forward.

This Challenger is a modern rendition of the muscle cars of the late 1960s and early 1970s, which always came with gobs of power but many shortcomings. In the words of the late race driver and entrepreneur Carroll Shelby, they had "great engines (but) couldn't turn, couldn't stop."

Not only does the Challenger Scat Pack evoke memories of those high-performance Dodge cars of yore, it corrects those old inadequacies with a modern independent suspension system and sophisticated steering that together deliver sharp handling along with a choppy ride over rough roads. 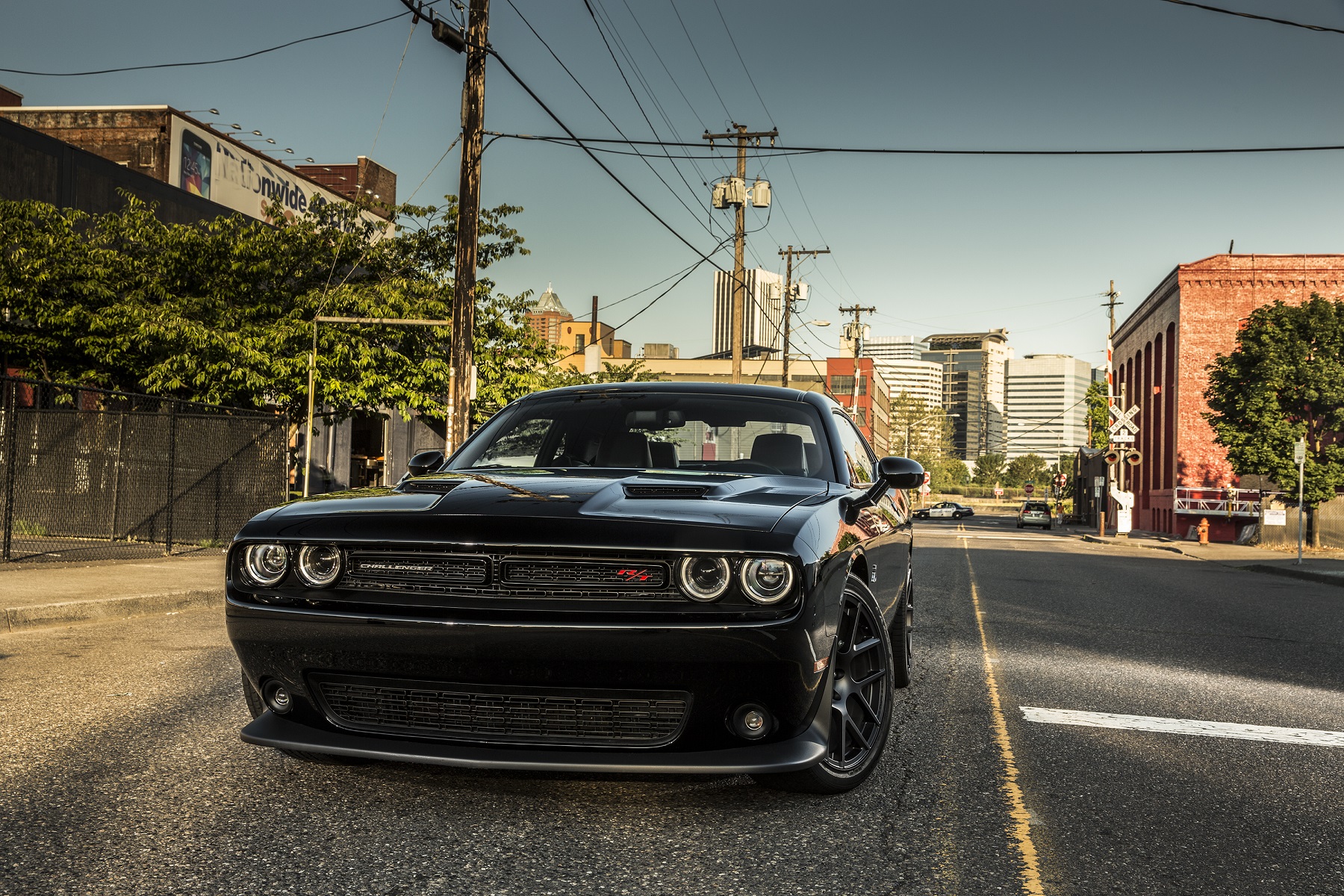 Moreover, this coupe with the slick retro look comes with high-performance anti-lock Brembo brakes that are unobtrusive in operation but halt the Challenger down from high speeds with authority without drama.

Standard is a six-speed manual gearbox. My test car came with an optional ($1,400) eight-speed automatic transmission with a manual mode controlled by steering-wheel-mounted paddle shifters. In either automatic or manual mode, the eight-speed shifts up or down instantly with rev matching on downshifts. Even with the more rapid shifts at higher rpms, the automatic delivers better fuel economy than the manual when similarly driven.

Though it's a throwback now that manufacturers increasingly deliver cars with smaller but more powerful, usually turbocharged, engines, there's a primal satisfaction in experiencing the vibes and throaty sounds of the traditional pushrod V-8 engine. The Scat Pack feels as if it were plucked from the days when the mantra was, "There's no substitute for cubic inches."

With its American muscle car personality, the Scat Pack nevertheless is useful as an everyday commuter car. As a two-door with rear-wheel-drive it is less convenient than a four-door sedan with front- or all-wheel-drive, yet it still accommodates four adults and comes with 16 cubic feet of stash space in the trunk.

The front seats, covered in a nubby and comfortable cloth, have giant side bolsters to hold the torso in place during spirited cornering on twisting roads. Even the outboard back seats, scooped out to maximize head and knee room, would be OK for a middling road trip. Only the center rear seat, with a hard cushion and the intrusion of a big floor hump, should be avoided except in extreme circumstances. Back-seat entry and exit take a bit of effort, though the front seats easily slide forward out of the way. 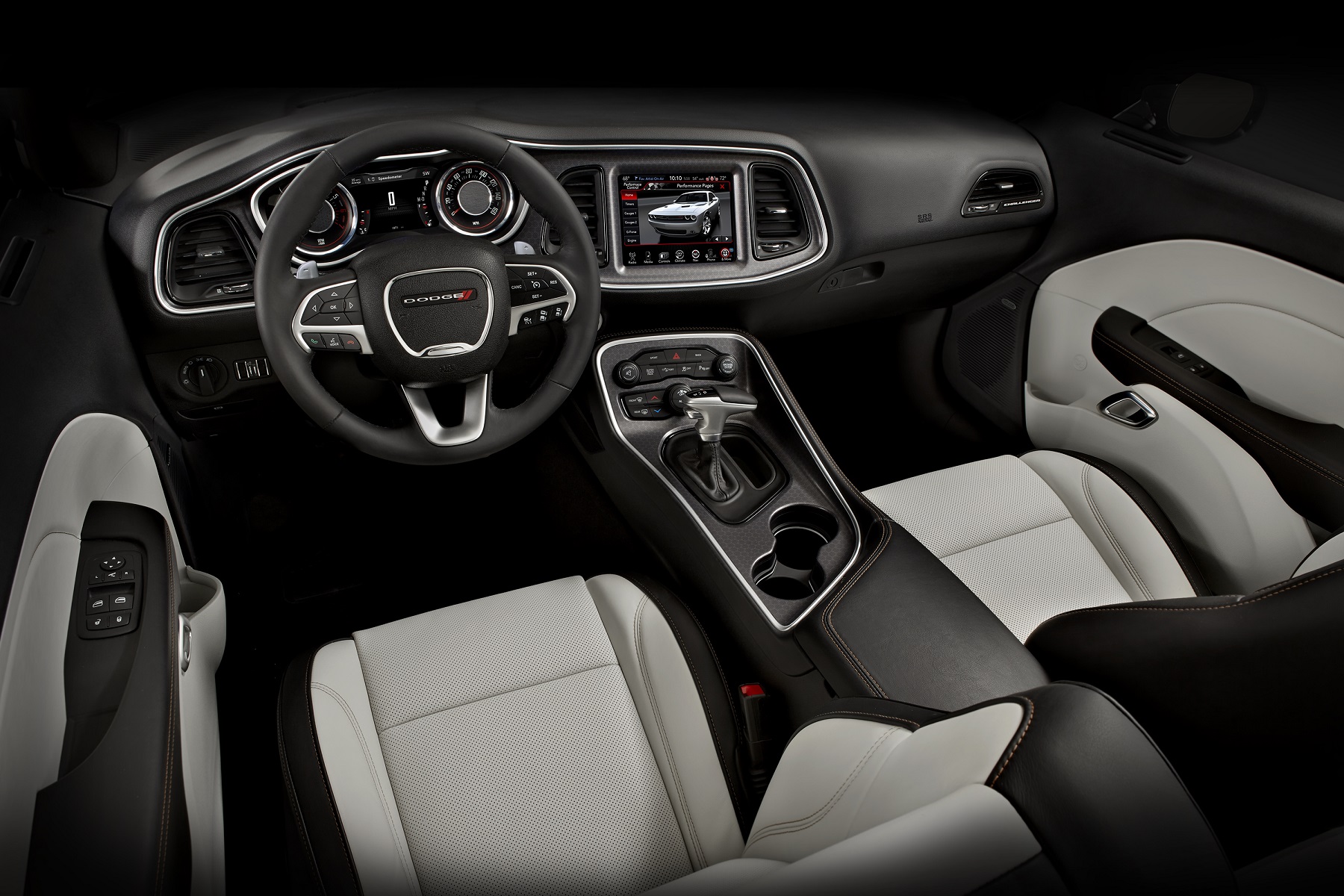 Surprisingly, given the Challenger's low, streamlined styling, visibility from inside is good all around. Long-distance trips are hampered only by the intrusion of the rumbling V-8 engine sounds, which to enthusiasts is classical muscle car music.

The Scat Pack Challenger has a starting price of $38,990, which includes a full suite of safety equipment along with the aforementioned Brembo brakes, hill start assist, a backup camera with parking assist, and pushbutton starting.

Options, in addition to the eight-speed automatic transmission, include navigation and high-definition radio. That brought the suggested delivered price to $41,085 -- not cheap but not terribly expensive either, given the level of performance.

Pony cars and muscle cars from the past are enjoying a resurgence, as witnessed by the popularity of the Chevrolet Camaro and Ford Mustang, but these models are somewhat more wedded to modern smaller displacement and turbocharged engines than the offerings from the Dodge boys who cling fondly to the past.