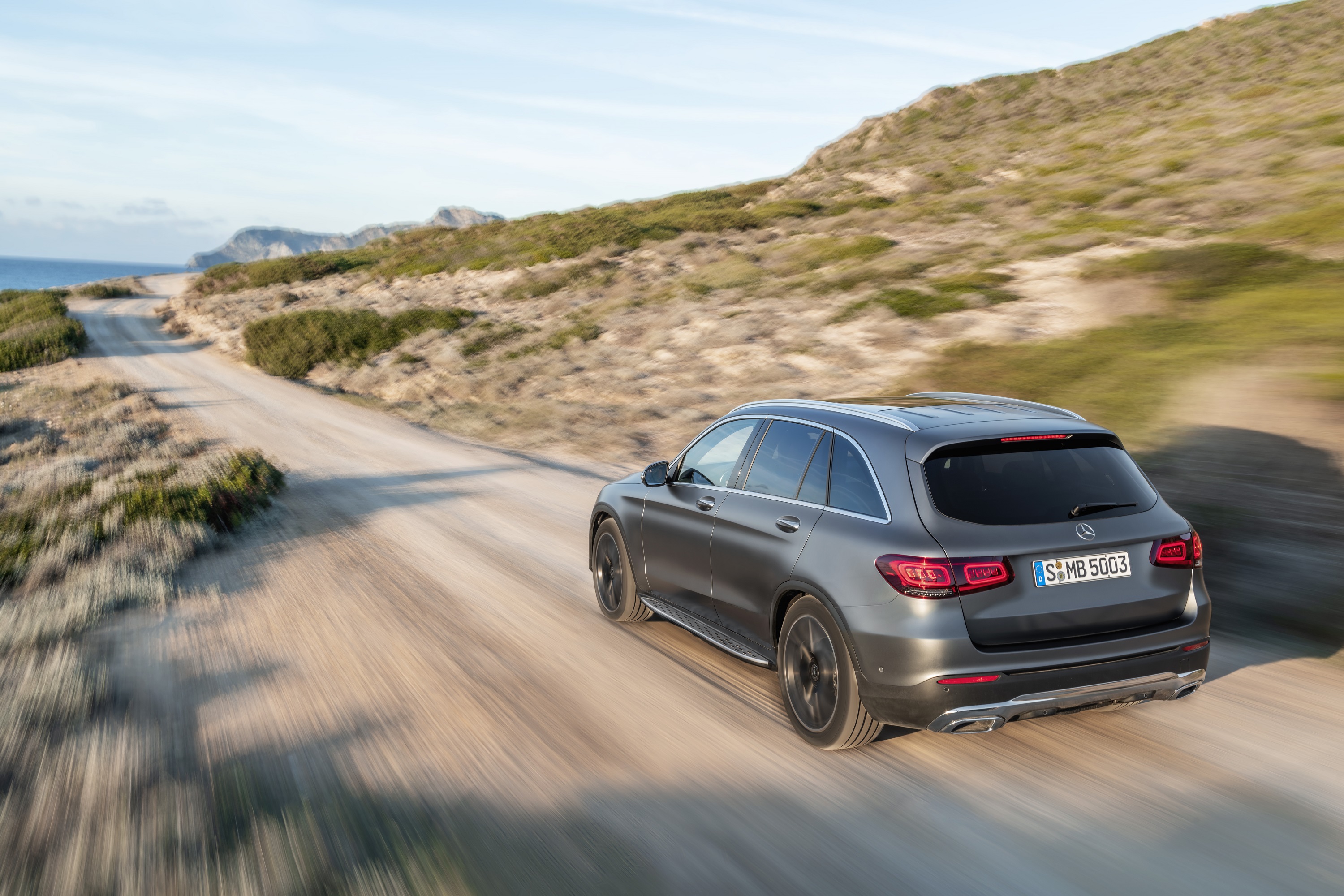 With the 2020 GLC 300 -- one of its nine sport utility vehicle options -- Mercedes-Benz is at the forefront of the luxury people mover market. As a five-passenger compact SUV, the GLC 300 receives a half-dozen upgrades as the carmaker's most affordable utilitarian vehicle. Its exterior styling and well-crafted, high-quality interior are among the brand's signature traits. Amendments to the 2020 model include more stylized headlights, a new grille, and new styling to the front and rear bumpers.

Powered by a turbocharged 2.0-liter, four-cylinder engine with 255 horsepower and a nine-speed automatic transmission, the GLC 300 perfectly meshes performance with prestige. The automatic transmission is smooth shifting and is the only option available. Choose all-wheel drive and it's $2,000.

With its upgraded engine (and 14 additional horsepower), the GLC 300 accelerates from 0-to-60 mph in 6.1 seconds. Gas mileage estimates are 21 mpg in city driving, 28 mpg on the highway.

The GLC 300 will likely satisfy the majority of buyers. But the AMG GLC 43 high-performance choice has a turbocharged 4.0-liter V-8 with 469 horsepower. It also has a symphony hall-quality Burmester surround-sound audio system. 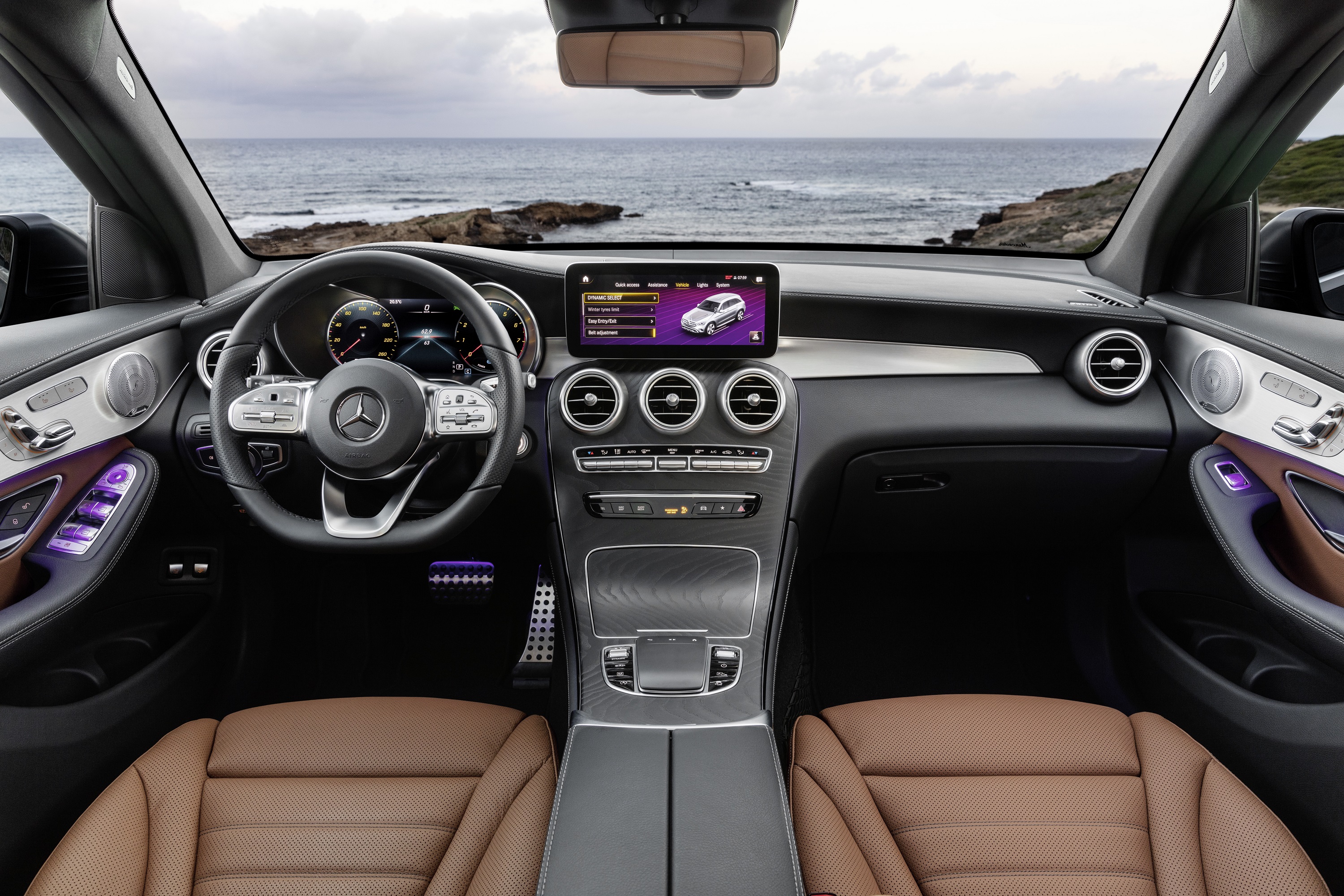 The GLC 350e is the most efficient choice. It matches a four-cylinder engine with an electric motor and won't be available for about six months.

Mercedes-Benz has maintained the industry's furious pace in technological advancement. The GLC 300 includes a complete host of standard features highlighted by LED headlights, a power liftgate, and power-adjustable and heated front seats. One unique feature is the forward-facing camera that shows the view ahead and upon approaching a turn.

There's also a centerpiece console touchpad with voice control. Tap the button on the steering wheel and use the phrase, "Hey, Mercedes," and you're in business. The voice-command system inadvertently activated a few times when an occupant said a word similar to "Mercedes." To stop the system, you have to say, "cancel."

An exhaustive list of stand-alone and package options are offered. Highlights include a self-parking system, upgraded leather seating, console wood and aluminum door trim, and 64-color ambient lighting. None of it is cheap. The GLC 300's MSRP is $44,500, but the price jumps to $64,605 with more than three dozen additions. 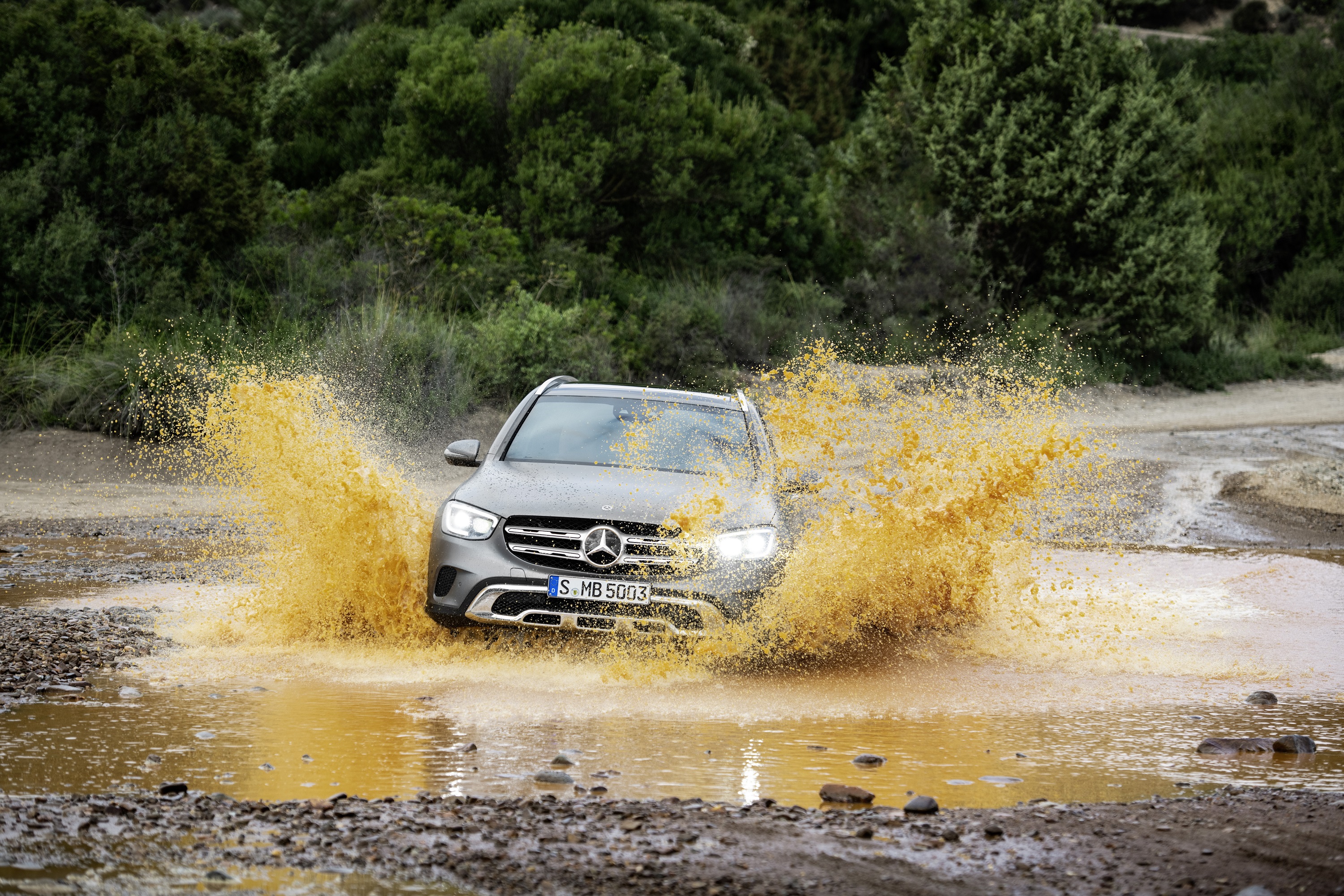 Beyond its engineering, Mercedes-Benz is likely most renowned for its vehicles' driving characteristics. The GLC 300 complies with the legacy. The ride is smooth and powerful, the steering responsive. Maneuverability is keen in traffic, on the open road, and if tight circling is needed.

The saturated SUV marketplace features plenty of much-alike vehicles, and competition is rugged. The Audi Q5, BMW X3, Porsche Macan, and Volvo XC60 are all worthy choices. But the GLC 300 isn't in that herd. Everything it offers proves it.