Curt Westlake, marketing director for the electric car manufacturer CT&T, has a long list of goals. 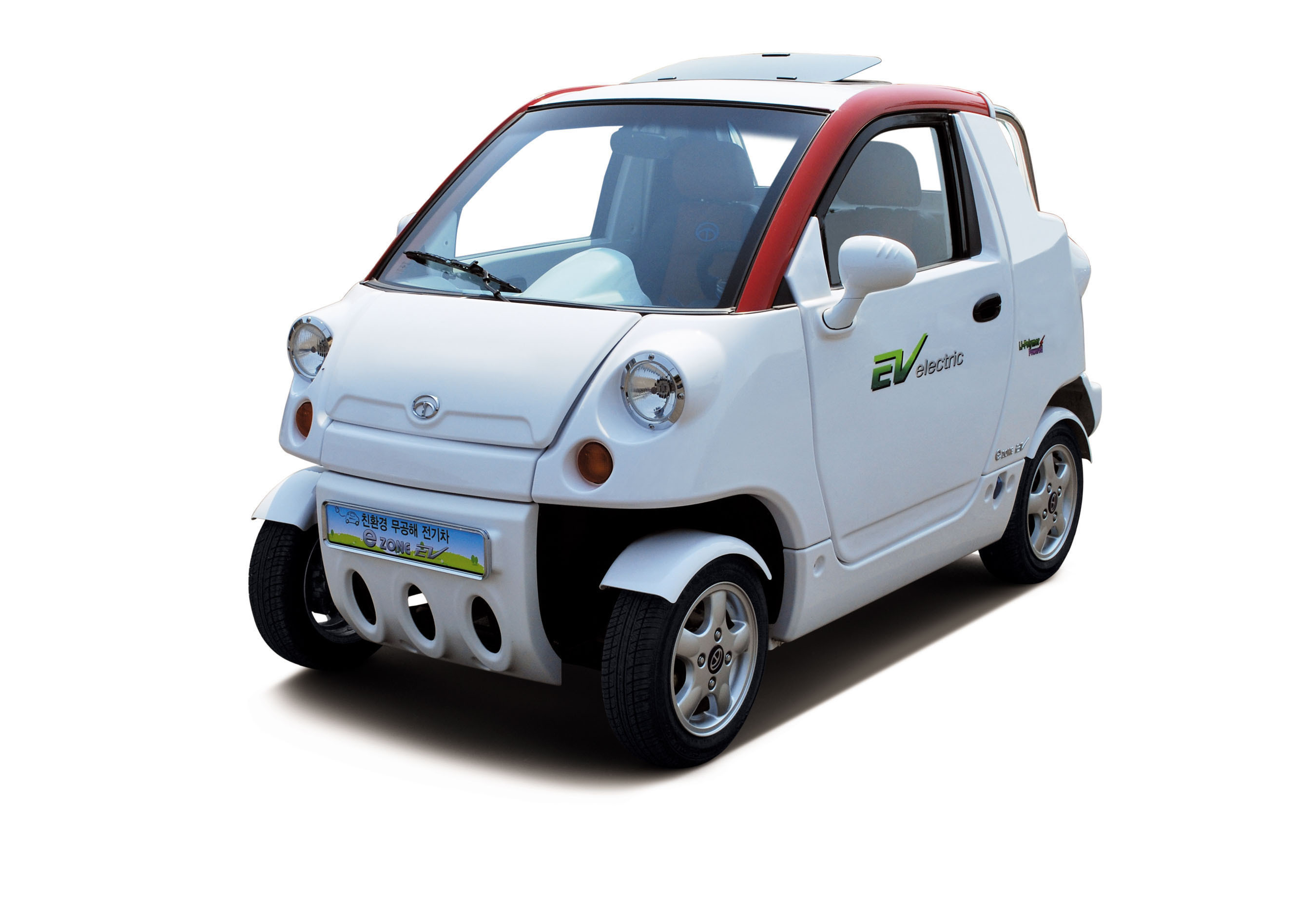 Manufacturer photo: The eZone is classified as a Low-Speed Vehicle, limited to just 35 mph.

First, he is determined to inform U.S. car buyers that there is an affordable plug-in Electric Vehicle ready to buy today. It's a two-seater that costs $15,000 before federal and state tax credits and rebates, which can cut the price by more than half.

Westlake wants us all to know that a small EV is a viable, money-saving option for millions of drivers as a second car. Westlake told me that using the eZone for local errands, including taking his wife to dinner, saves his own family about $100 a month in gas money. He intends to make sure U.S. car buyers know that CT&T is the largest EV manufacturer in China and South Korea, and that the company was founded by former executives of Hyundai and Kia.

The initials CT&T stand for "Creative Transport and Technology" (www.ctntunited.com). Its U.S. headquarters is in Atlanta, Ga., chosen specifically to focus on the "huge market in the southeast, in the planned communities from Virginia Beach to Boca Raton," for such a low-power, low-cost, zero-emission vehicle, he says.

Westlake bristles at comparing eZone models with golf carts, even elaborate ones with doors, air conditioning and MP3 plug-ins. Unlike those, CT&T models have car-like independent suspension, hydraulic brakes, shock-absorbing front and rear bumpers, and driver-side airbags. However, like golf carts, these models are classified as LSV -- Low Speed Vehicles -- that are limited to streets and roads rated up to 35 mph. If you think about it, much city and local town driving is limited at such non-highway speed. And with a range of 70 miles on a single charge, you can get to dinner and back without running out of juice.

CT&T intends to sell 40,000 eZone vehicles a year in the U.S., and will keep costs low with an innovative network of 40 regional assembly plants. The first three are scheduled to open in 2010 near Honolulu, Philadelphia and Pittsburgh, Pa.

The facilities, to be called Experience Centers, also will have showrooms and educational exhibits on global warming and sustainable energy, and even a test track. Each of these hybrid, multi-use centers will mean some 200 to 400 jobs added to the local economy, so it's no wonder that governors in states including California, North Carolina, South Carolina and Georgia are inviting CT&T to meetings.

The regional plants are not something conventional auto manufacturers like General Motors or Toyota can do. "Electric vehicles are vastly simpler than combustion engine vehicles," Westlake says, with just 400 parts, compared with 5,000 in the conventional vehicle. "These vehicles are designed to be assembled easily. There's no transmission, just the chassis, wheels, motor, batteries and whatever creature comforts you want to add." One thing CT&T has not added is a back seat, a feature appreciated by Westlake, a father of two daughters, one in college the other in high school.

The company is partnering with hotels to make vehicles available to guests, and with gas stations to provide charging stations. CT&T already has an agreement with SK Energy to install quick-charge outlets in 4,500 gas stations throughout South Korea. They also signed an endorsement deal with South Korean movie star Rain, whose starring role in "Ninja Assassin" made him instantly recognized in the U.S., as well.

Current models use advanced technology lead-acid batteries and lithium-ion polymer batteries. Westlake told me the company is "taking steps to be the first integrated battery and vehicle manufacturer in the United States."

Even with the low purchase price, Westlake sees the primary customer as educated, affluent and sensitive about the environment. "This is still a discretionary purchase," he says.