Lexus is finally getting serious competition in the luxury hybrid sedan market after having the category to itself for several model years. The Lexus GS 450h, LS 600h, and the HS 250h hybrid sedans have been benchmarked by recent competitor's arrivals to this exclusive, high-priced garage. 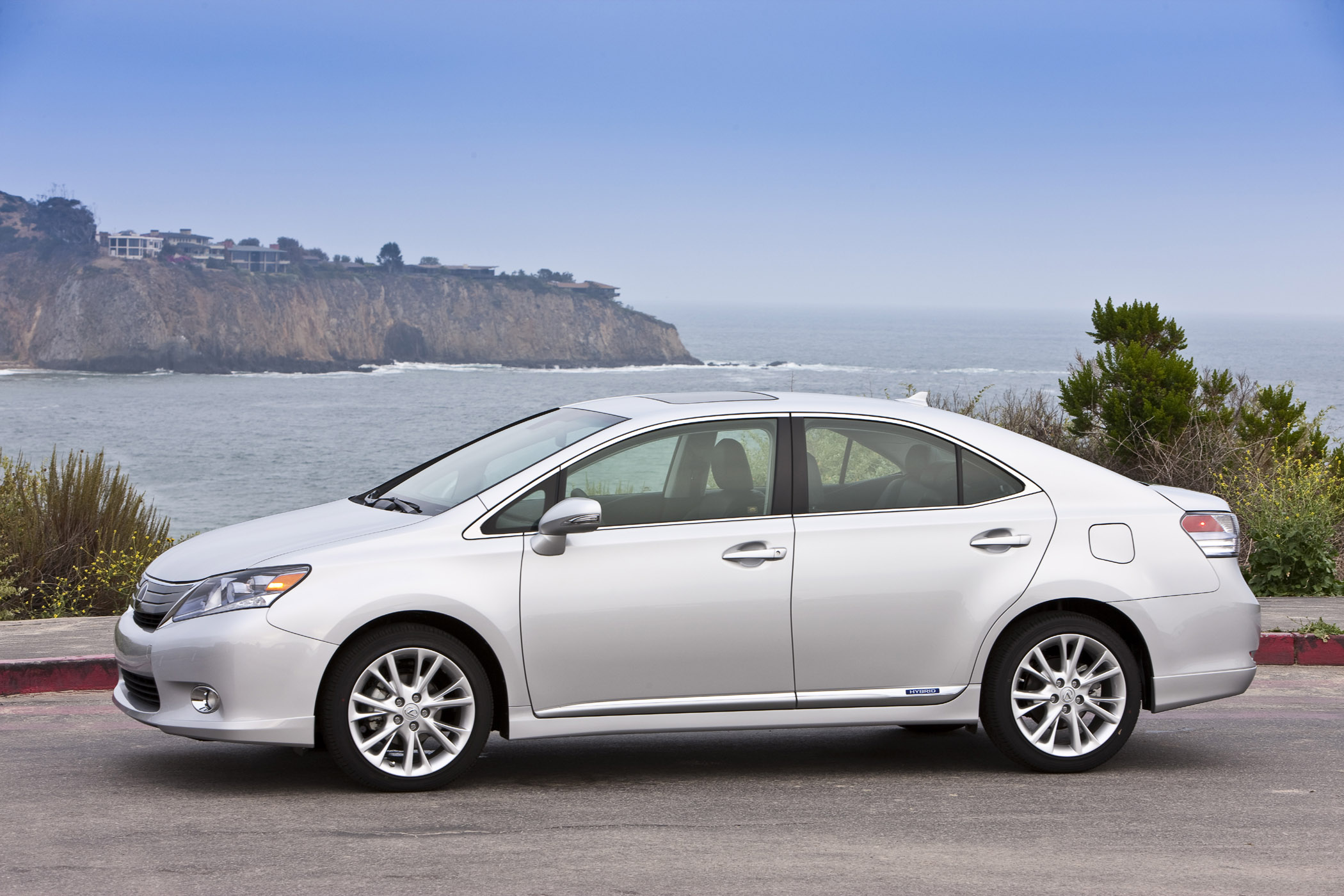 BMW introduces its all-new 2011 ActiveHybrid 7, which will go on sale in the second quarter of this year. It offers a combined a 449-horsepower output with a twin turbo V-8 gasoline engine, eight-speed transmission and a powerful lithium-ion battery pack. All that power launches the new 7 Series Hybrid sedan from 0-to-60 in just under 4.9 seconds.

Mercedes-Benz enters the full-size hybrid sedan segment with its new S Class-based 2010 S400 BlueHYBRID, also equipped with a super efficient, high-voltage lithium-ion battery specially developed for automotive use. The batteries are teamed with a 3.5-liter V-6 engine, and a seven-speed automatic transmission, both of which have been re-configured for the hybrid.

Mercedes engineers placed the hybrid's electric motor in between the engine and the transmission, so there's a "package" of hybrid brains. A second, conventional, battery is for accessories like the entertainment system, so those creature comforts don't drain power from the main lithium-ion battery.

When I drove the S400 recently the smooth handling and quietness of its ride impressed me, better than any hybrid I've ever tested, luxury or not. The EPA rates the Mercedes S400 hybrid fuel economy at 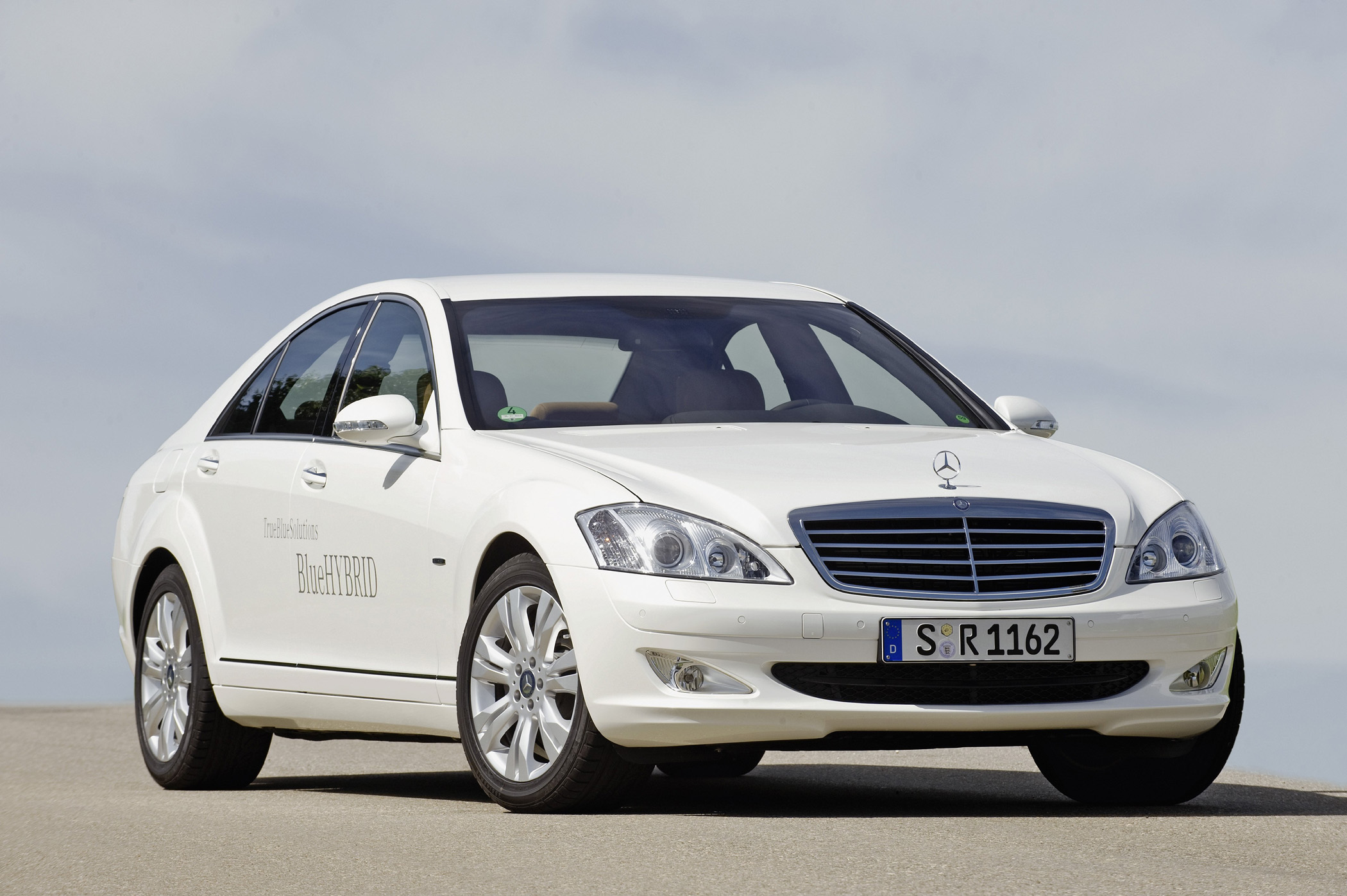 Cadillac and Infiniti are getting ready to market luxury hybrid sedans, too. Infiniti will introduce a hybrid version of its M35 sport performance sedan this fall as a 2012 model, the first hybrid in the Infiniti brand.

The Infiniti hybrid luxury sedan will be able to operate on all-electric or in combination with its 3.5-liter V-6 engine. Infiniti also is using lithium-ion batteries. The hybrid technology has been developed within Nissan-Infiniti, so it's not the system Nissan has been leasing from Toyota for the Altima hybrid. The specs haven't been released yet, but Infiniti says it will be "the cleanest and most economical car in Infiniti history."

The Nissan LEAF plug-in electric car Nissan is bringing to showrooms this fall shows that Nissan-Infiniti can develop EV technology, which can be beefed up for a larger, heavier vehicle. So, perhaps the Infiniti hybrid technology will trickle down to Nissan, now getting its hybrid tech from Toyota.

There's no word yet on when this concept hybrid will begin production, how much it will cost, or its expected fuel economy, but it would be a good bet it will be a hefty premium over a conventional Cadillac CTS sedan.

BMW reportedly is working on a radical twin-engine hybrid system, in which one of the engines literally lies in wait until it is needed to provide more power than the combination of first engine and the electric motor can provide. Patent applications indicate these would be two-cylinder engines, similar to those in BMW motorcycles.

There also are diesel hybrids in the works, from Mercedes, Kia and Audi, but these are several years away and might not be for the North American market, since diesels are more popular in Europe.