For the second straight year, a team of engineering and computer science students at Mississippi State University won the "EcoCar: The Next Challenge," a three-year-long competition on designing and building green cars of the future. 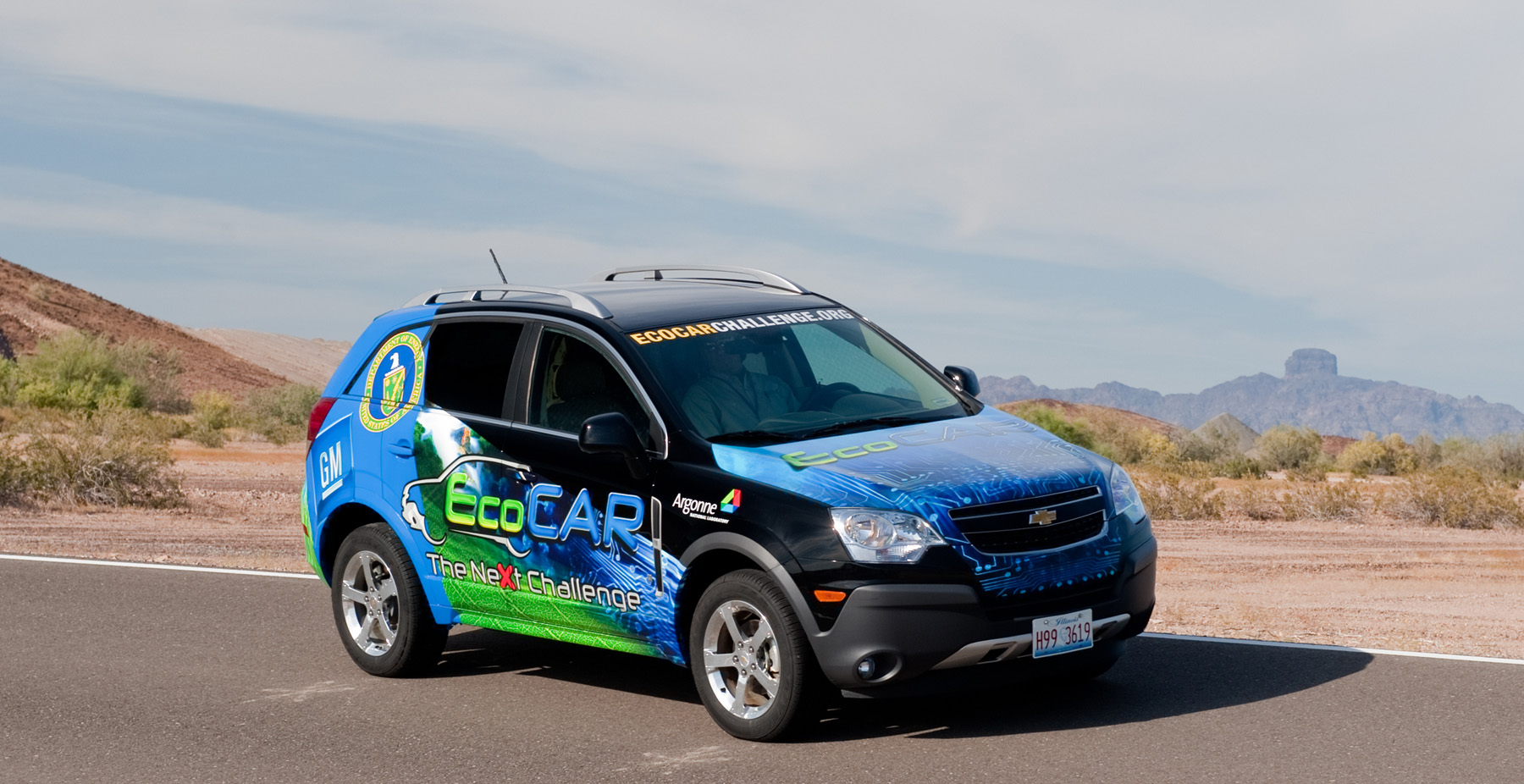 MSU took first place by building the best Extended Range Electric Vehicle. They squeezed the equivalent of 118 miles per gallon gas equivalent from a 2009 Saturn Vue converted into a bio-diesel hybrid. Their design beat 15 other university and college teams.

GM has a vested interest in the EcoCar competition. It is a major sponsor, and has hired more than 50 graduate and undergraduate engineers and marketing majors straight out of the program.

Tom Youngs, GM's Lead Technical Coordinator, told me that students who participate in the challenge are better prepared for the workplace. "They learn teamwork and even public speaking skills, since they have to explain the technology to non-engineers." Marketing majors are important part of the team, he said, "engineering geeks aren't the ones to put in front of a corporate management team to ask for millions of dollars for R&D."

In addition to the vehicles, GM provides tens of thousands of dollars in parts, plus a priceless amount of advice. Other sponsors include the U.S. Department of Energy, which provides logistical and technical support, and a software company that markets the mathematical algorithms that make things like ABS and traction control possible. 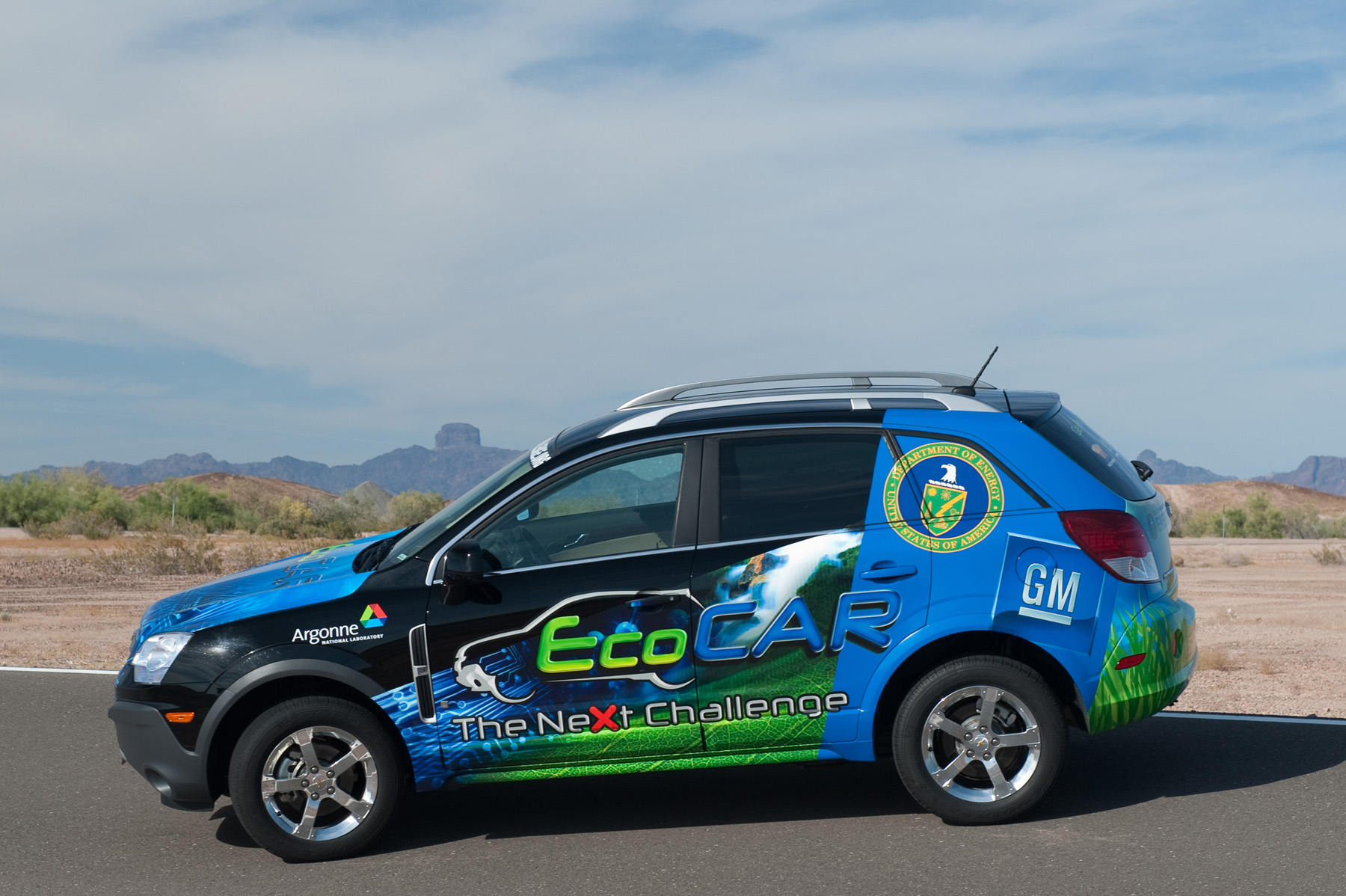 The Year One challenge was computer modeling and simulation, followed by building the new powerplants, and, in some cases, a new chassis, for a retrofitted Chevrolet Equinox. The teams had to prove the new designs were both road-ready and something we buyers would actually buy.

In Year Two Finals, just recently completed in early June, the vehicles went through several days of safety and technical testing at the GM Desert Proving Grounds in Yuma, Ariz., similar to those conducted on production vehicles. Each team design was evaluated based on its ability to decrease fuel consumption and greenhouse gas emissions, performance, safety, and the equally important area of consumer acceptability.

The MSU EcoCar team -- which also won last year -- designed an Extended Range Electric Vehicle. It's a hybrid with a 21.3 kWh A123Systems battery pack that provides an electric range of 60 miles. It's also equipped with a 1.3-liter GM turbo-diesel engine and 75 kW UQM generator in a series plug-in configuration. The 118-mpg is slightly less than the 129-mpg GM has claimed the eagerly awaited Chevrolet Volt hybrid achieves.

The Penn State team came in third, with a bio-diesel EREV design slightly different than MSU. Penn's EcoCar runs on a 12.8 kWh battery pack coupled with a GM 110 kW electric motor and 75 kW UQM generator. With its 4-cylinder 1.3-liter bio-diesel engine, it achieved more than double the fuel economy of the baseline vehicle, or the equivalent of 57 mpg.

"EcoCar: The Next Challenge" is to be confused with X Prize, which is a competition for commercial companies, such as Tesla and Aptera, to produce a viable 100 mpg vehicle. Both competitions have the same goal -- design vehicles that use less fuel and produce fewer emissions while offering a level of safety, performance, price and design that we buyers will want to buy.

Over the next 12 months, the EcoCar Challenge teams will be fine-tuning their designs for the final round of on-track tests. No matter which team wins, the real winner is the environment.