Electric Vehicles and plug-in hybrids won't become truly popular unless we get over "range anxiety." That's the fear of running out of battery power. 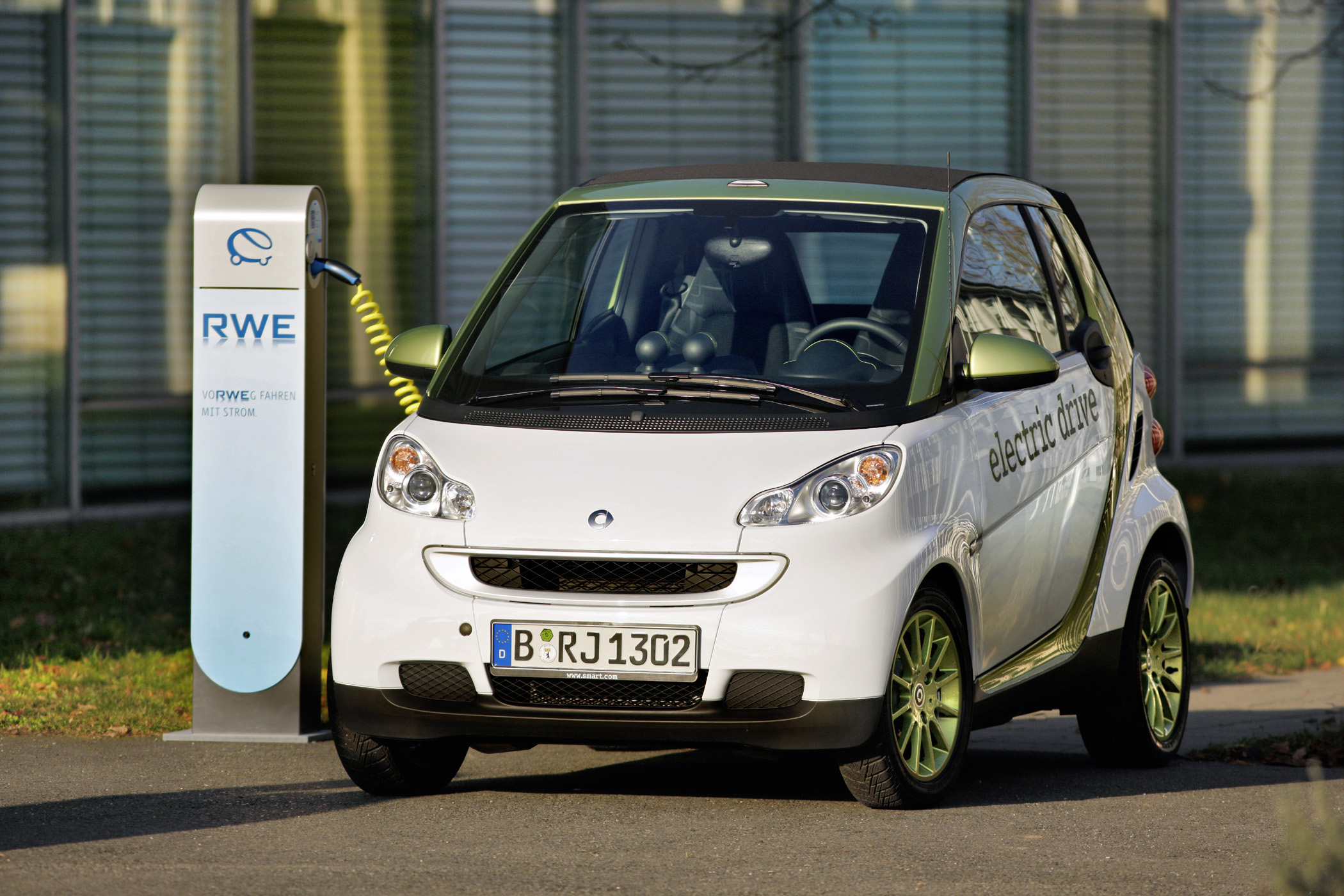 Most people drive fewer than 100 miles per day, which is the driving range of even the most compact all-electric car. But until there are recharging stations between home and grandma's house -- as with gasoline stations -- EVs such as the Nissan Leaf and Extended Range Vehicles like the Chevrolet Volt, arriving in showrooms this fall, might have limited popularity.

That's why Nissan and General Motors have been working to design a network of charging stations. EV recharging stations are sprouting up all over, with thousands more on the drawing boards. A 220v line, similar to the heavy-duty line for a home washing machine and dryer, can recharge a car in four hours; recharging on an ordinary 110v line takes eight to 10 hours.

New York City opened its first public charging station in July at a public parking garage near Times Square. For the first 30 days of this demonstration project, funded by the U.S. Department of Energy, the electricity was free, but not the parking, which is pricey in midtown Manhattan.

Last year, the Element Lexington hotel near Boston installed a charging station as a courtesy to guests arriving in plug-in cars, and also for the local community to use. In Norway, where the Think EV car is manufactured, the Rica Hotel in Boda is offering a free Think EV loaner car for sightseeing and free overnight recharging to guests. 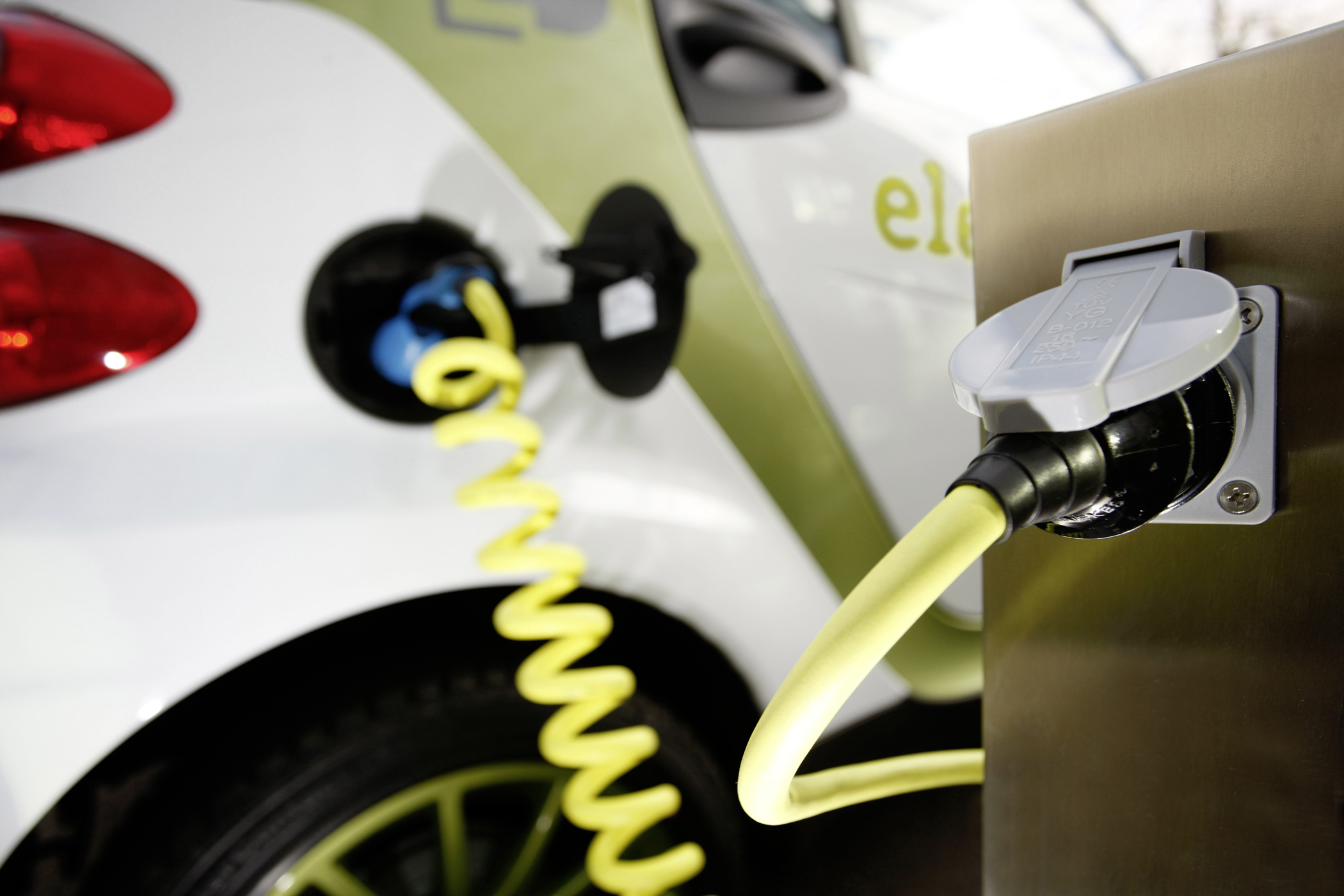 The most aggressive electrification program is by Nissan. Since 2007, Nissan has been partnering with U.S. cities and states and local utility companies to get ready with a network of public charging stations in locations such as shopping malls and corporate campuses. In North America, Nissan has partnered with the states of Tennessee (Nissan's U.S. headquarters is in Nashville), Oregon and Massachusetts, and with the cities of San Diego, San Francisco, Phoenix, Tucson, Houston, Seattle, Orlando, Washington, D.C. and Raleigh, N.C.

Nissan also is supplying home charging stations with the purchase of a Nissan Leaf. GM is making 4,400 charging units available free to buyers of the Chevrolet Volt, with grants from the DOE worth as much as $2,000 per household. The DOE has an aggressive plan to install 15,000 home charging stations in the U.S. by the end of the decade.

Overseas, Nissan and its corporate mate Renault have launched similar initiatives in Israel, Denmark, Portugal, Monaco, France and Japan. Richard Lowenthal, CEO of Coloumb Technologies, which makes the ChargePoint charging station, told me his largest single customer is the city of Amsterdam.

The San Diego project is one of the most ambitious anywhere. Joel Pointon, EV manager of San Diego Gas & Electric told me the plan is to install thousands of 220v charging stations in the next few years in homes, in common areas of condo communities, and for commercial small fleets. Half the cost of the multi-million dollar project is money from the federal government. Public installations will include software to bill the car owner and not the garage or shopping mall owner.

More all-electric cars are in the pipeline -- including versions of the Ford Focus, Toyota Prius and Smart Fortwo in 2011. You can also expect more businesses, such as the hotels to add their own 220v charging stations as a perk and a lure for customers.