1964 Aston Martin of James Bond Movie Fame up to Auction

The name is Bond. James Bond. The car is Aston Martin. Movie star Aston Martin, specifically the 1964 DB5 silver coupe driven by actor Sean Connery in the Goldfinger and Thunderball movies. If you have $5 million, maybe even $6 or $7 million, you can own this movie star car, arguably the most famous and coolest on the planet. It's going on the auction block at the end of October. 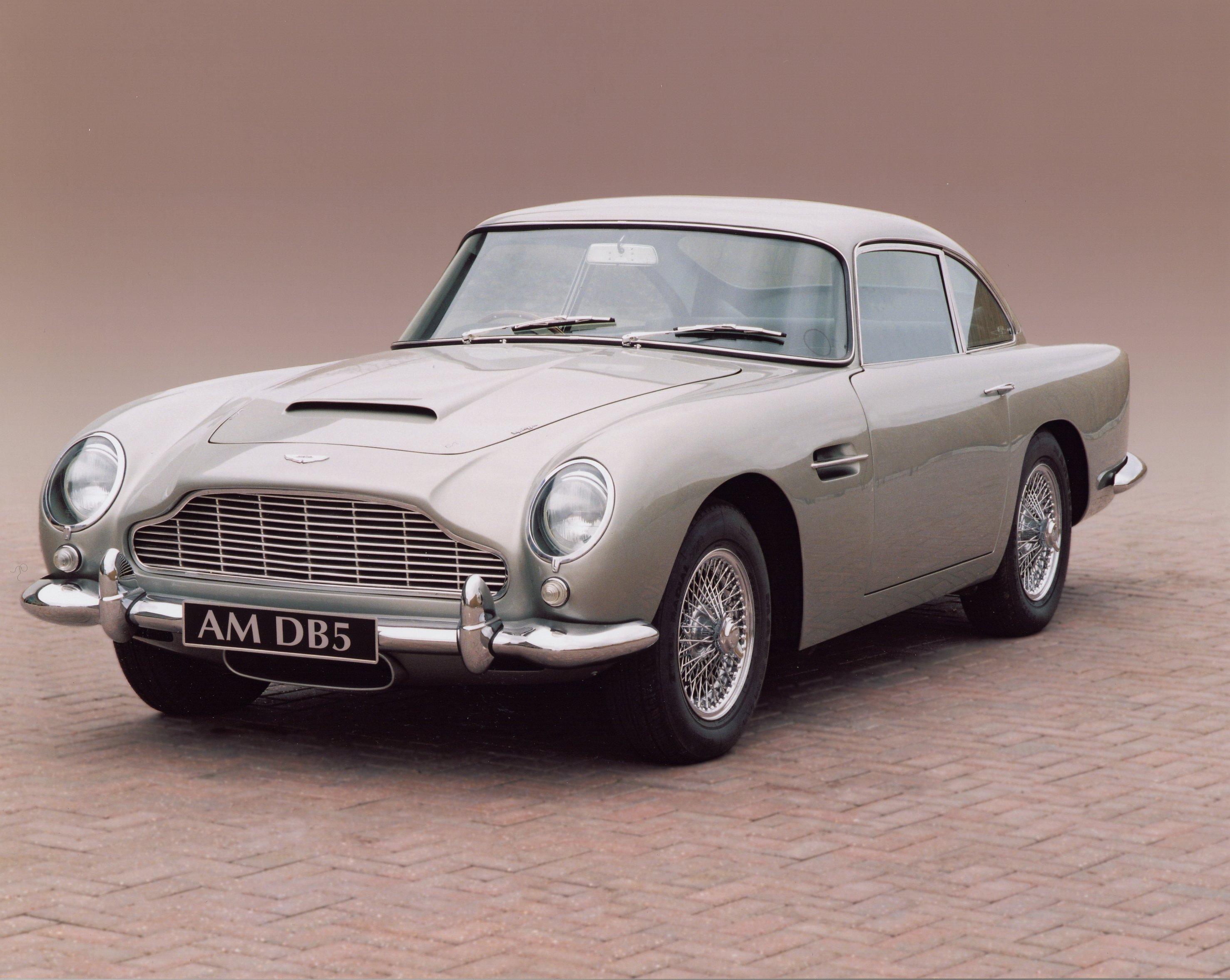 This is the original Aston Martin movie car, with all the original gadgets, owned for the last 30 years by Philadelphia businessman and philanthropist Jerry Lee, who is putting it up for auction.

It's the gadget-filled car that created a worldwide sensation with its rotating license plates, machine guns hidden in the headlights, bulletproof shield that popped up out of the trunk, and the ability to spread an oil slick or a carpet of nails to derail the bad guys. And perhaps its most famous feature -- the ejector button -- that launched Agent 007 to safety.

The late Ian Fleming, author of the original James Bond books, would approve of Lee's plans for the auction proceeds. He will use money to support his international criminal justice foundation, including the schools of criminology he has funded at the University of Pennsylvania and at Cambridge University.

Jerry Lee purchased the 1964 Aston Martin DB5 on a whim for $12,000 from Aston Martin, which clearly was clueless to its value. When the car was on display at Sotheby's in New York City in September, Lee told me he built a "James Bond Room" in his home for the car, and would happily demonstrate the gadgets to his guests. 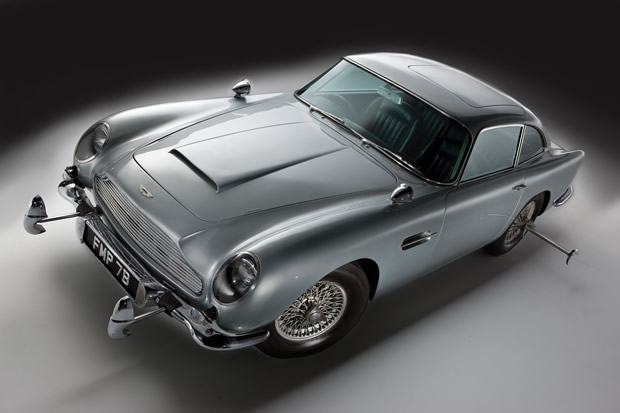 All the gadgets operate from switches in the center console, except for the ejector button, which sits atop a shift-like lever in between the console and the right-side steering wheel. The gadgets are powered either by hydraulics or the car battery, and everything is operational. Flick one switch and the license plates change. Flick another and the rear shield emerges from the trunk, just behind the rear windshield.

The car has 30,000 miles on it, mostly from promotional appearances for the two movies. Lee rarely drove it, telling me he was uncomfortable driving "a work of art."

Two identical DB5 cars were made for filming. The other was stolen from a garage in Boca Raton in the 1990s and has never been found. Don Rose, an executive with RM Auctions, which is handling the sale, told me that pieces of that car have shown up at other auctions over the years.

Rose says the appeal for collectors is that "it is an unrestored, 1964 one-owner car with just 30,000 miles." The leather seats have the patina of age, and when I ran my hand over the roofline, I found a couple of dings. "Part of its charm is its originality," he smiled. 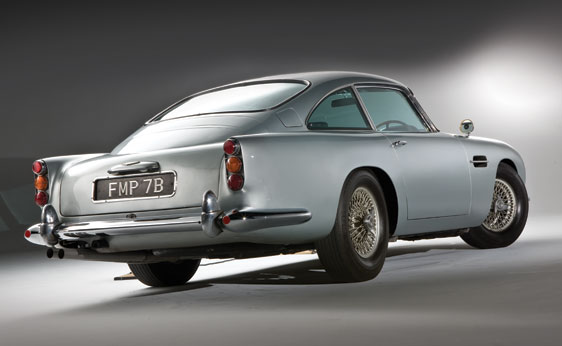 Rose expects the auction to attract more than just vintage car collectors. There's an entire world of James Bond fans, and some have the $5 million or more to buy it. Interest in the car is so high that RM Auctions launched a microsite on its website (RMAuctions.com) where you can learn more about the car and even follow streaming video of the auction during the annual Automobiles of London event on October 27th.

Lee admits he will miss the car, but he already has made plans to fill the James Bond Room with something else. He's shopping around for a virtual test-drive simulator and a theater size screen.