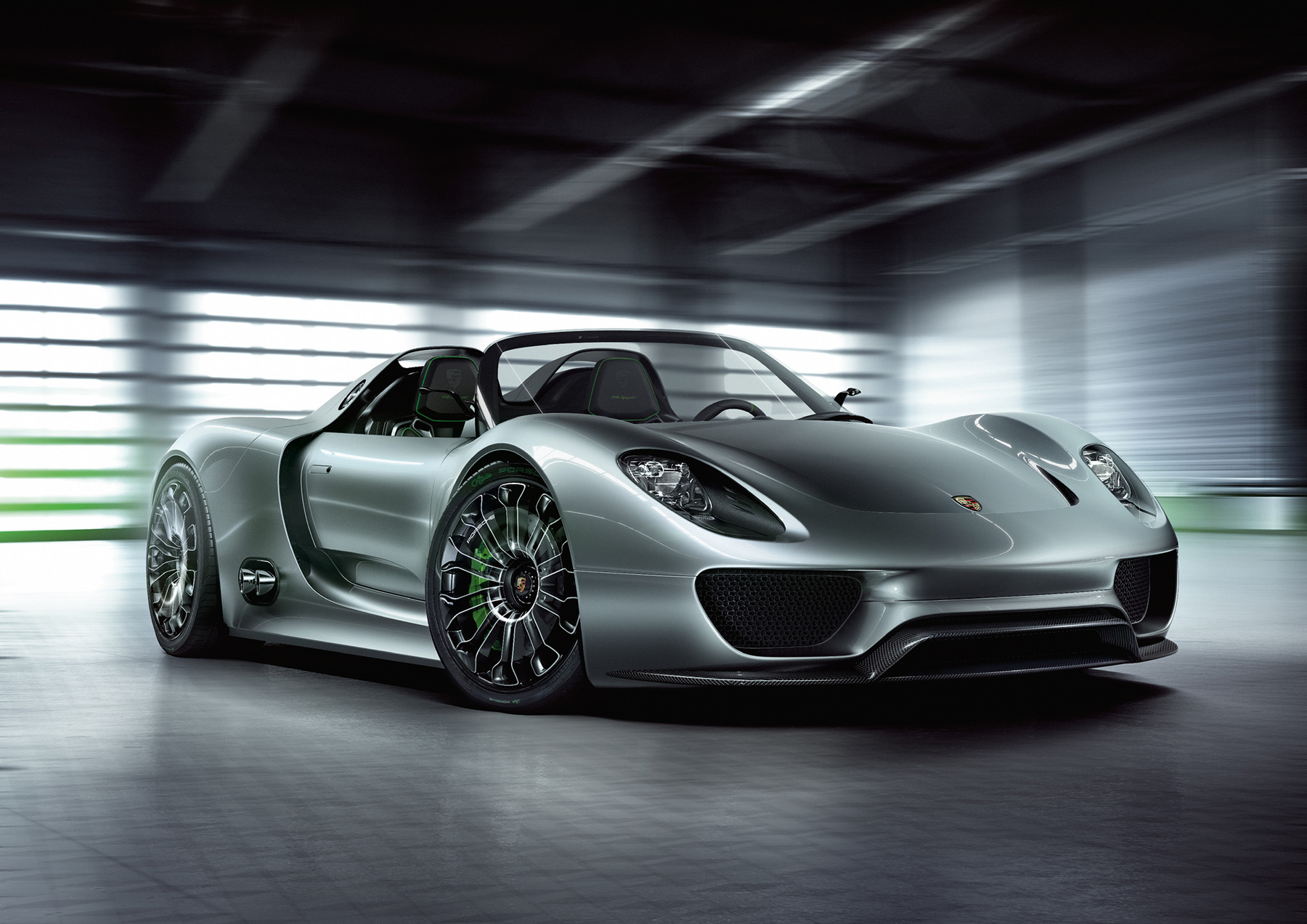 The new Porsche 918 Spyder Hybrid is the most powerful and most expensive hybrid or plug-in hybrid (PHEV) in history. Not to mention the most gorgeous, since it looks just like its non-hybrid cousins, Porsche Carrera GT and the equally legendary 917 and Spyder supercars, racecars, dream cars, drooler cars.

To ensure what Porsche describes as "worldwide exclusivity," just 918 of the 918 hybrids will be produced, at company headquarters in Stuttgart-Zuffenhausen. The 918 Hybrid concept has been on display to admiring crowds at the Porsche Museum, which adjoins the factory since it was introduced to similarly admiring crowds at the Geneva Auto Show last year.

Porsche also manufactures two other hybrid models: the Cayenne Hybrid SUV and the new Panamera S Hybrid sedan. Both are produced in the company's other factory in Leipzig, Germany, a modern campus that includes a test track.

When it goes into production late next year, the 918 Spyder Hybrid will feature a high revving 500-plus horsepower V-8 engine, plus two electric motors -- one each on the front and rear axles -- that provide another 218 horsepower.

The engine is based on the RS Spyder racing engine that has led Porsche to victories in the American Le Mans Series, the 24 Hours of LeMans, and the Michelin Green X Challenge.

It will be able to reach speeds up to 94 mph on electric power alone, but not for long. The juice runs out in about 15 miles, after which it switches over to gas. So you can get to the grocery store and back on plug-in power. Once it switches over to gas, the top speed for the V-8 half of the Porsche 918 Hybrid is 199 mph.

Electrical energy is stored in a liquid-cooled lithium-ion battery that can be recharged from an ordinary household outlet. Despite its hunky size, Porsche says the 918 Hybrid can be re-charged in about seven hours on 110V, about the same as a puny Prius. Porsche is testing a quick-charge option for those who like to re-charge as fast as they throttle.

I guess Porsche figures that anybody who can afford an $845,000 supercar can afford to buy a spare Porsche. When you order the 918 Spyder Plug-in Hybrid, Porsche will let you also buy a special edition 911 Turbo S, at $160,000 for the coupe and $172,100 for the convertible. These special editions also are being limited to a production run of 918. 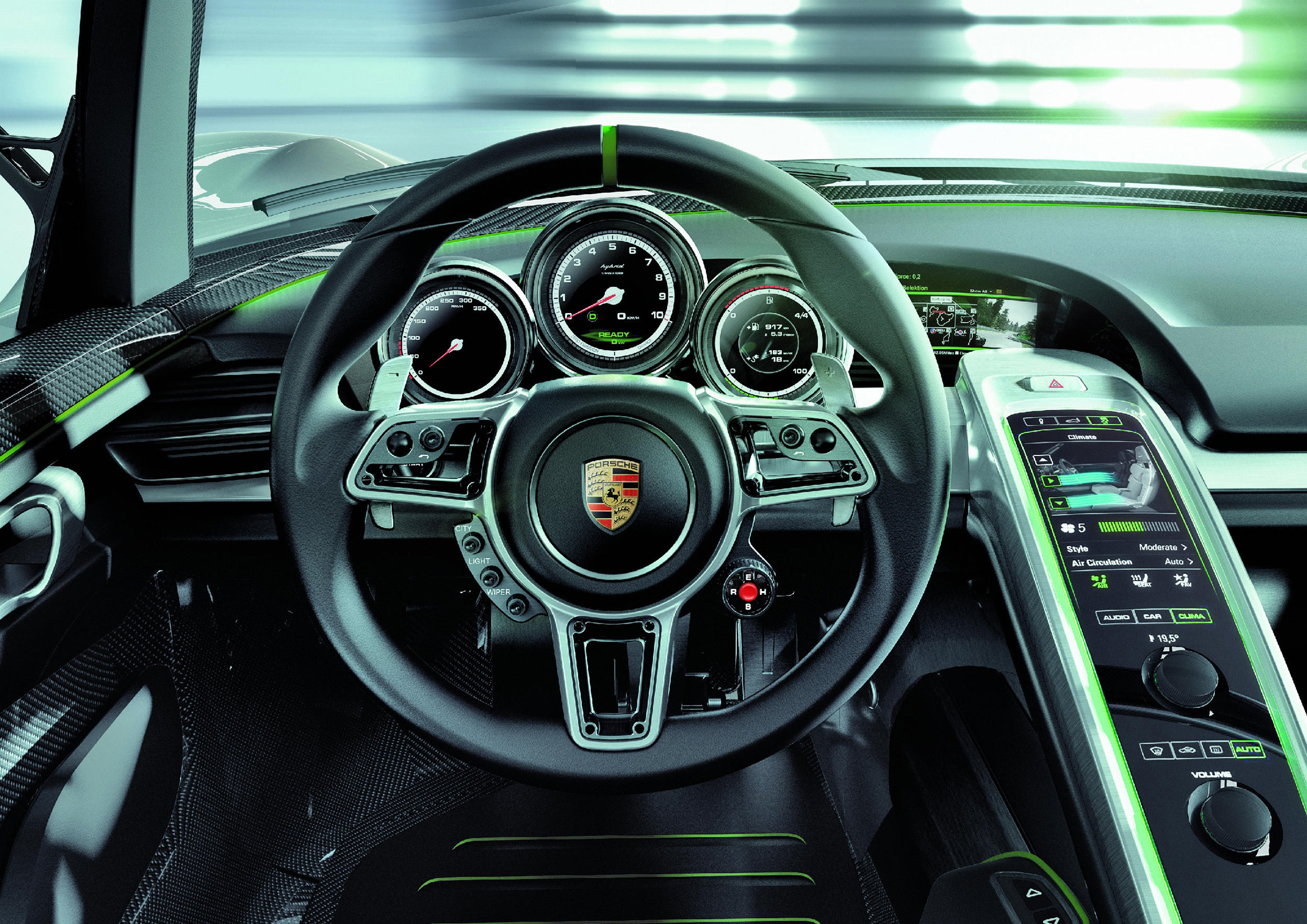 Porsche and Audi are getting company in the electric supercar garage. Jaguar just unveiled its own extended range gas-electric hybrid, the C-X75, a sleek two-seater that can travel 68 miles on electric power alone. It's only a concept car so far, and no production date or pricing has been announced yet. Lamborghini and Ferrari also have electrics or hybrids on the drawing boards, with announced plans to have these alternative vroomers on the road by 2015.