It comes as no surprise that a study by the Insurance Information Institute shows holding a cellphone to talk or text while driving is as dangerous as driving drunk. Motorists using hand-held, or even voice-command smartphones, while driving are nearly 20 percent slower to brake or regain the speed they lost when they braked. 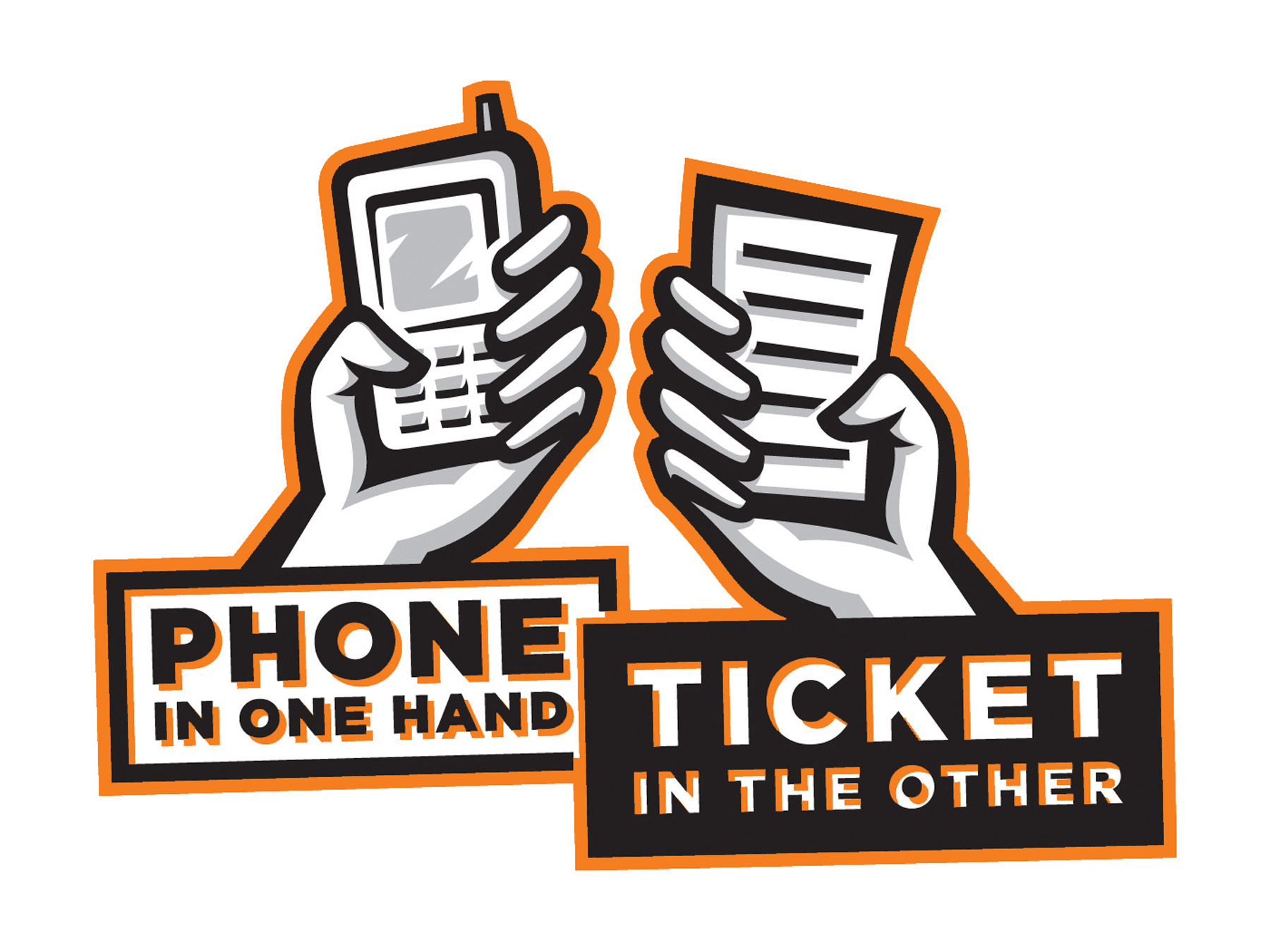 Manufacturer photo: The National Highway Traffic Safety Administration reminds us with a Text and Ticket campaign that the primary responsibility of the driver is to operate a motor vehicle safely

A recent New York Times/CBS News poll indicated that more than 90 percent of adults believe that using a hand-held phone to talk or text on cellphones while driving should be illegal, as it already is in many states. None of this is stopping auto manufacturers from expanding what we can do with our smartphones while we drive.

What's now called "in-car connectivity" is becoming as important a selling point for new car buyers as fuel economy and side curtain airbags. The connectivity system for Ford and Lincoln models even has its own website, FordMyTouch.com.

Depending on make and model, you can literally phone your car so that it is heated or cooled to your taste when you're ready to leave for work or home. Electric cars like the Nissan Leaf and extended range plug-in hybrids like the Chevrolet Volt let you start or stop the recharging process from your phone. Chrysler is eliminating the thick owner's manual in the glovebox, replacing it with a paperless app. Syncing your phone's contact list with the vehicle's dashboard system now is common with newer models for hands-free voice dialing and talking. So is syncing your smartphone or MP3 music list.

Ford's SYNC system, developed with Microsoft, already turns text messages into audible versions, so you can make or receive texts as you would a phone call.

Now, BMW plans to let us sync our phones to the dashboard system and access Twitter and Facebook while we drive. BMW's advanced strategy manager, Rob Filipovio, told me customers have been asking for social media access in their cars -- and they'll get it beginning with 2012 models. The challenge, he said, is to program this feature so "we facilitate keeping their eyes on the road."

Filipovio said BMW will "limit" social media access while the vehicle is in motion. For one thing, they do not plan to add Tweets or Facebook posts to the heads-up displays. So we'll just "hear" them, not be able to "read" them.

BMW's connectivity goal, Filipovio said, is to "open the vehicle to more information, both coming in and going out," including safety and maintenance reminders. Something I like is what he calls a "last mile navigation" that syncs to your phone to help you find your car if you forgot where you parked it. There are apps for that, such as the Take Me To My Car app, which syncs with Google Maps to help you locate yours.

BMW also is working with app developers to create programs that will let us customize the on-board music library with services like Pandora, and even integrate those choices with selections from Sirius or HD radio. Also, dual USB ports will allow mom or dad to tweet from the front seat while the kids are plugged in to something else in the back.

Right now, BMW is working only with Apple, so these new voice-activated features won't work if you have an Android or Blackberry device. Filipovio said connectivity is all about "convenience, information and safety."

I'm disappointed that he put the word convenience ahead of safety. Distracted and inattentive driving accounts for more than six percent of crashes resulting in deaths (not counting injuries), according to the U.S. Department of Transportation. Inattentive driving includes talking, eating, putting on makeup, and attending to children. I wonder and worry how much that fatality percentages will increase when we add the ability to become connected -- and distracted.