Don't be fooled by the low price tags. New cars priced $20,000 and below offer a long list of safety and comfort features, along with handling, performance and that all-important feature called "fuel economy." Here's our pick for the top five 2012 models priced below $20,000. 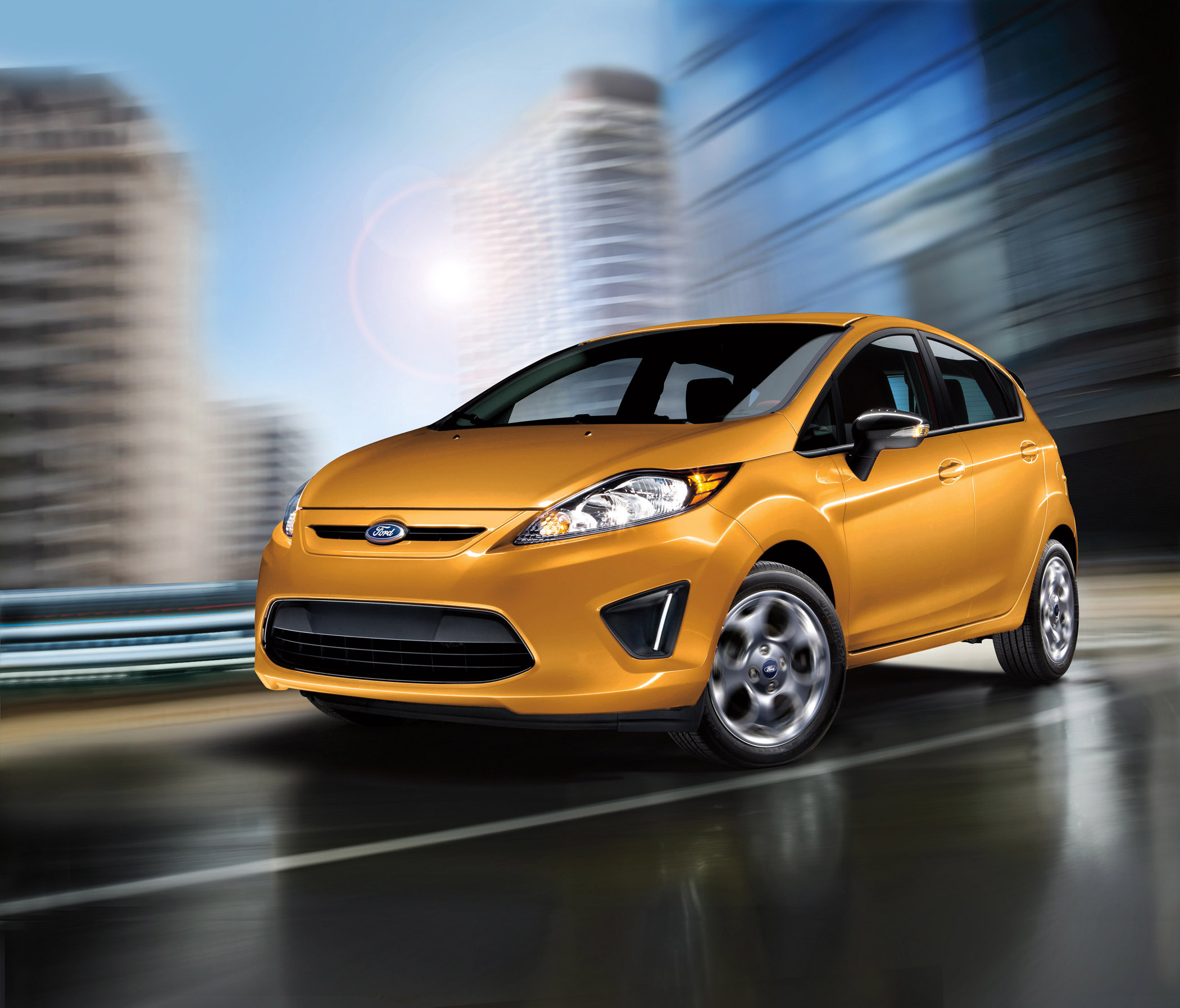 -- With its efficient 1.6-liter four-cylinder engine, the 2012 Ford Fiesta is rated at 40 miles per gallon highway, 29 mpg city, which beats the Toyota Yaris and Honda Fit. It's also the first car to receive top safety ratings in the U.S., Europe and China, in part because 55 percent of its body is made up of super high-strength steel. The Fiesta features a push-button start and seven airbags, including a knee protector, and a sideview mirror with blind spot monitor, all unusual features at this price. The 2012 Ford Fiesta Starts at $15,670.

-- Chevrolet Cruze is now the best-selling Chevrolet around the world, thanks to amenities, safety features and roominess expected of a larger, more expensive sedan, but with the efficiency of a compact car. It is the only car in its class with 10 standard airbags, plus the top, overall five-star safety rating from the National Highway Traffic Safety Administration. Fuel economy is estimated at 26 mpg city and 38 mpg highway with a 1.4-liter turbo engine, and 42 mpg highway with the Eco engine. The 2012 Cruze is built in GM's Lordstown, Ohio plant, which GM spent $350 million to upgrade for production of the Cruze. The 2012 Chevrolet Cruze starts at $16,720 and $19,245 for the Eco engine.

-- Volkswagen Jetta was completely redesigned for the 2011 model year, including adding best-in-class legroom for rear seat passengers, more legroom and trunk space, and is the brand's top seller. The base 2.0-liter engine is rated at 24 mpg city and 34 mpg highway, slightly better than the higher-priced turbo-charged model.

VW's Intelligent Crash Response System is standard; this shuts off the fuel pump, activates hazard lights and unlocks the doors in case of an accident with airbag deployment. It's a feature common on more expensive cars. And "German engineering" means there's a sport-tuned suspension and Euro-style driving dynamic. The Jetta starts at $16,495 for the 2.0 liter gas model, but the 2.0 liter TDI clean diesel version is over the $20,000 threshold, at $22,525. 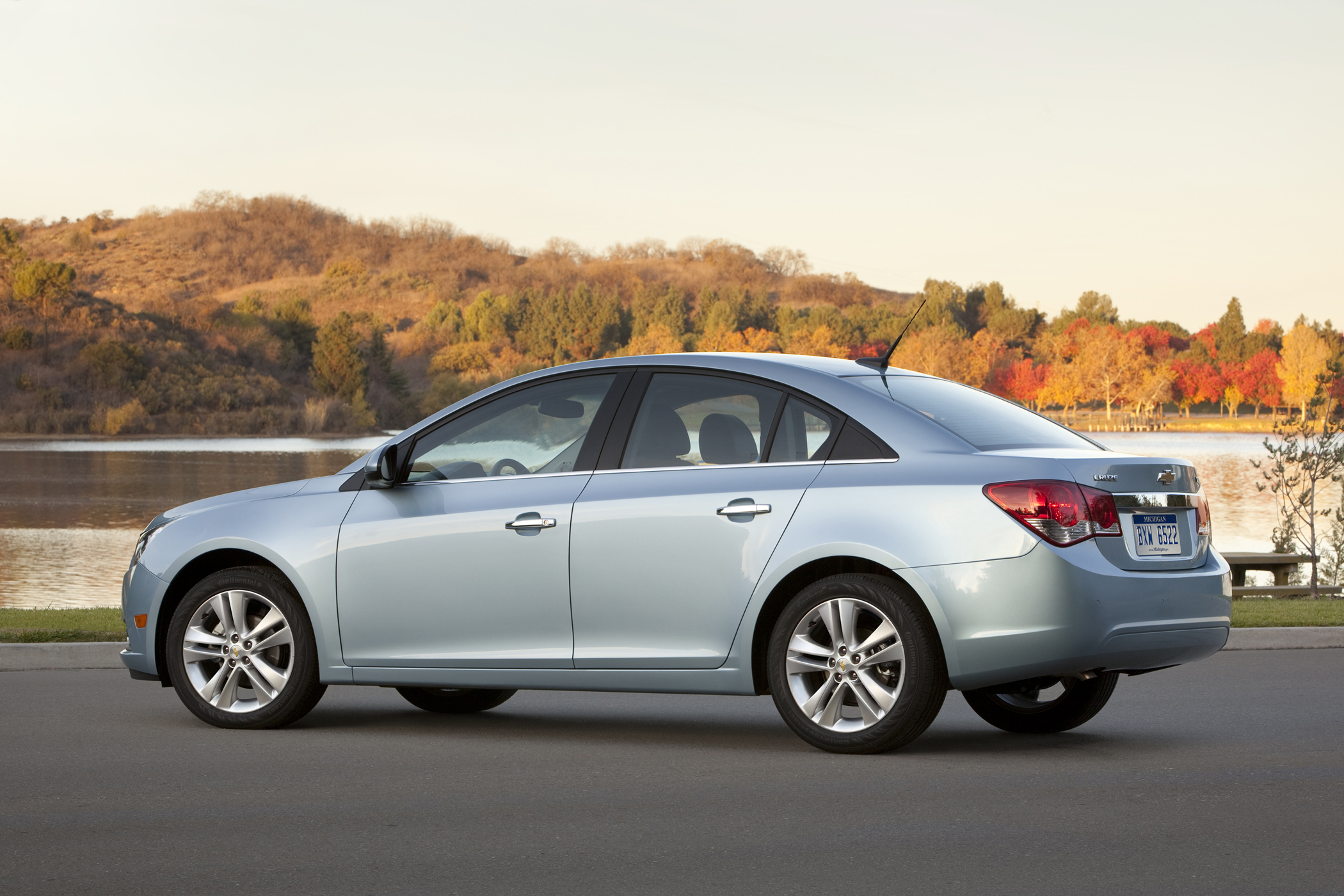 -- Hyundai Elantra is rated among models with the highest residual value, an important consideration if you expect to sell your new car when it's not new anymore. The resale value is partly because the compact Elantra delivers 40 mpg on the highway, via an Active Eco system that smoothes engine and transmission responses. Hyundai claims the technology improves "real world" fuel economy up to 7 percent. It is a standard feature on all models with the automatic transmission.

Also standard on all 2012 Elantra models is electronic stability control, heated outside mirrors and remote keyless entry. Unlike other vehicles in this price class, Elantra is recognized by the EPA as a midsize vehicle, rather than a compact. All of that adds up to a lot of features for a midsize vehicle that competes in the compact class market with a starting price of $15,195.

-- Scion iQ is a premium subcompact by Toyota that includes the world's first rear window airbag, plus other standard features not usually found at an entry-level price. These include steering wheel audio controls, an HD radio, and a CVT transmission that smoothes acceleration to increase fuel efficiency.

The all-new 2012 Scion iQ includes Toyota's patented Smart Stop Technology, a potentially life-saving feature that gives the brakes the capability to over-ride the gas pedal if the gas pedal sticks. The iQ gets 37 mph city and highway. This is an ideal city car, second car, or vehicle for a college student. It starts at $15,265.

Before buying or leasing a new vehicle -- no matter the price -- everybody in your household who will be driving the new vehicle regularly should take a test drive. I have found that features which annoy me in a particular model do not annoy my son, and vice versa.