When Chevrolet introduced the Volt extended-range hybrid vehicle I was convinced it was a dressed up, over-priced Malibu, but that was before I spent a long weekend with a 2012 Chevy Volt and got an astounding 68.8 miles per gallon in combined city and highway driving. No longer a skeptic, I'm now a Volt convert. 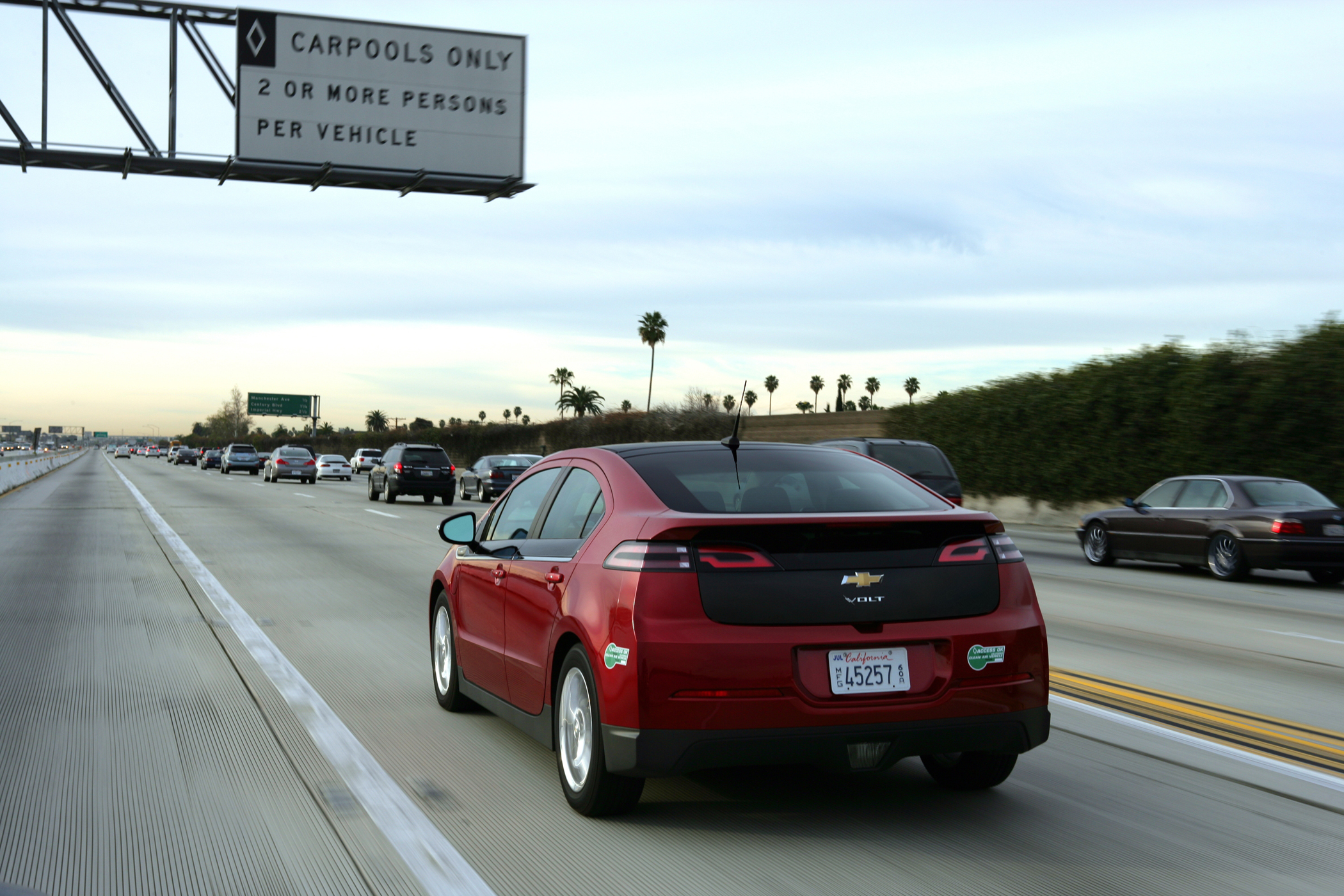 I spent the weekend in the New York City area with a Ruby Red 2012 Volt. The 68.8 mpg I got wipes out my objection to the Volt's $39,995 price. Most buyers of the Volt can qualify for a $7,500 federal tax credit, along with additional state and local tax incentives, knocking off another $7,500. That could bring down the cost of a midsize Volt to around the same price as a similar-size Malibu, which is rated at up to 22 mpg city, 33 mpg highway.

The extended-range Volt gets plugged-in overnight to get a full charge so that it can drive for up to 50 miles on its lithium-ion battery. The Volt switches seamlessly to the gas engine when the battery power is depleted. With a full tank and a full battery charge, the Volt has a range of nearly as much as 400 miles.

The Volt's Voltec propulsion system consists of a 16-kWh lithium-ion battery pack and electric drive unit that can run in pure electric range between 25 and 50 miles, depending on terrain, driving techniques and temperature, according to Chevrolet. The 1.4-liter gasoline-powered engine extends the range up to an additional 344 miles running on a full tank of gasoline. In combined city and highway mileage Chevy reports the Volt is rated at 93 mpg-e in all-electric mode, 37 mpg in gas mode and 60 in electric/gas.

Most of us drive 40 miles or less a day, which means drivers of the Volt can on most days avoid the gas pump entirely, except for periodic long getaways. Volt owners will be driving on zero emissions in electric mode, which helps the environment along with the pocketbook. 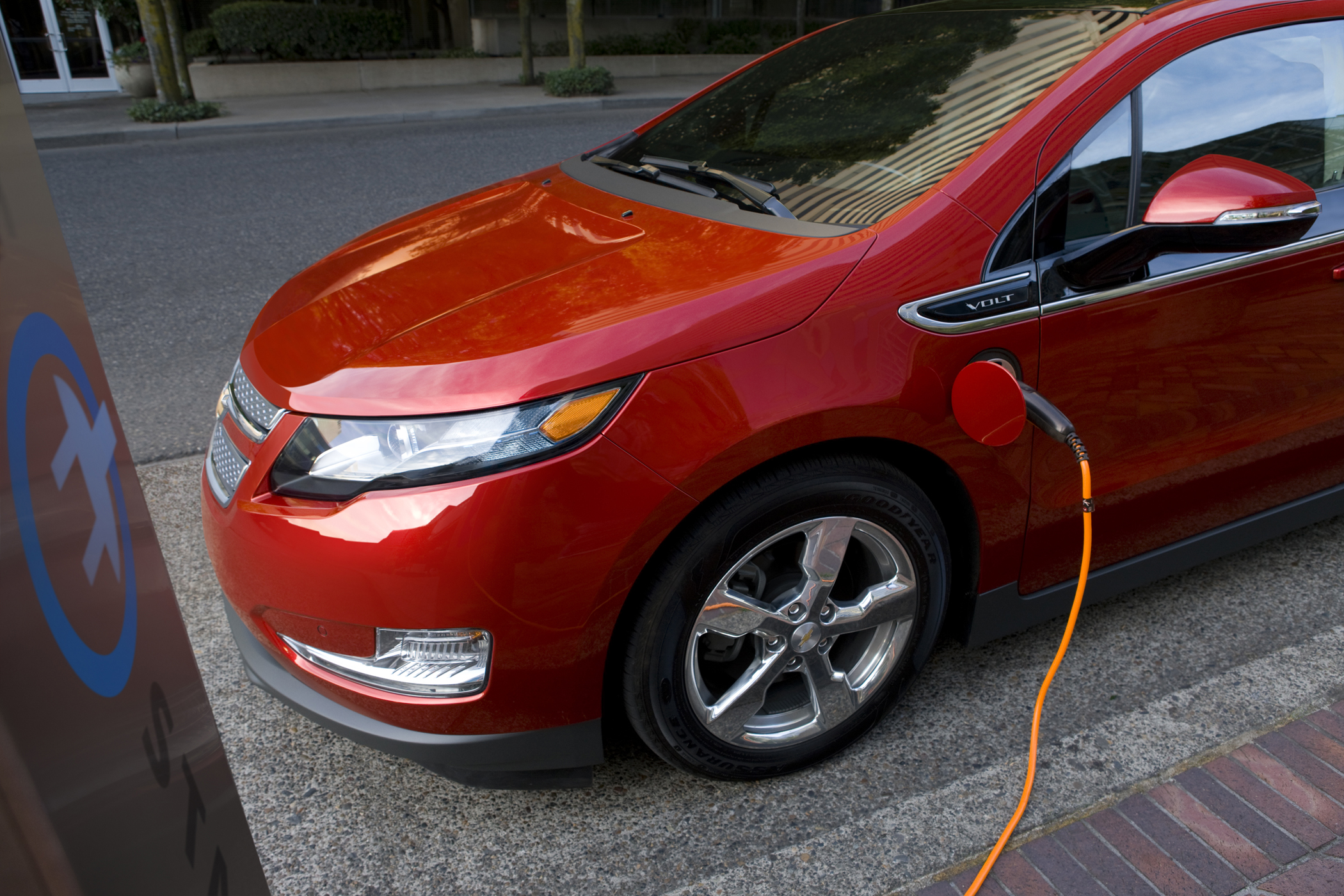 The Volt has a streamlined touch control cockpit, an inspiring look that could be the design of the future for all cars. Just touch the center panel to control audio and climate, including the heated seats. There's also a touch-screen navigation system.

On the Volt there are lots of driver feedback tools to help you squeeze more miles. In both gas and electric modes, there's a globe next to the speedometer, which moves up or down depending on how much power you are using. The idea is to keep the globe in the center, signaling that you are driving most efficiently.

The Volt is powerful enough to respond to gentle acceleration, without wasting either gas or electricity, and keep the globe centered. The globe spins when the Volt is in battery mode, and doesn't spin in gas mode, which is about the only way to tell what you are in gas mode, since there's no change in driving dynamics.

The Chevy Volt has four driving modes: Normal, Sport, Low and Mountain. Low is ideal for city driving, because it adds regenerative braking, extending battery mileage. Mountain adds more power for uphill climbs, but depletes the battery faster. Sport is exactly what you would expect -- more zip on the curves, on either battery or gas.

The Volt comes with its own 20-foot cord, stored in the trunk. The battery recharges in around three hours. GM warranties the battery pack for eight years or 100,000 miles.

The Volt has a top overall safety rating in government crash tests, and as I found it to be fun to drive around the city, looking good, too. The downside of the battery pack is that there's room in the back for just two adults, not three, and the trunk is a bit smaller than other midsize sedans. But the bottom line is this -- I got 68.8 mpg on the Volt.