Cadillac wants to get luxury car owners out of their Lexus LS, BMW 5 Series, Audi 6, Mercedes E-Class and other luxury sedans and into its all-new 2013 XTS full-size sedan. 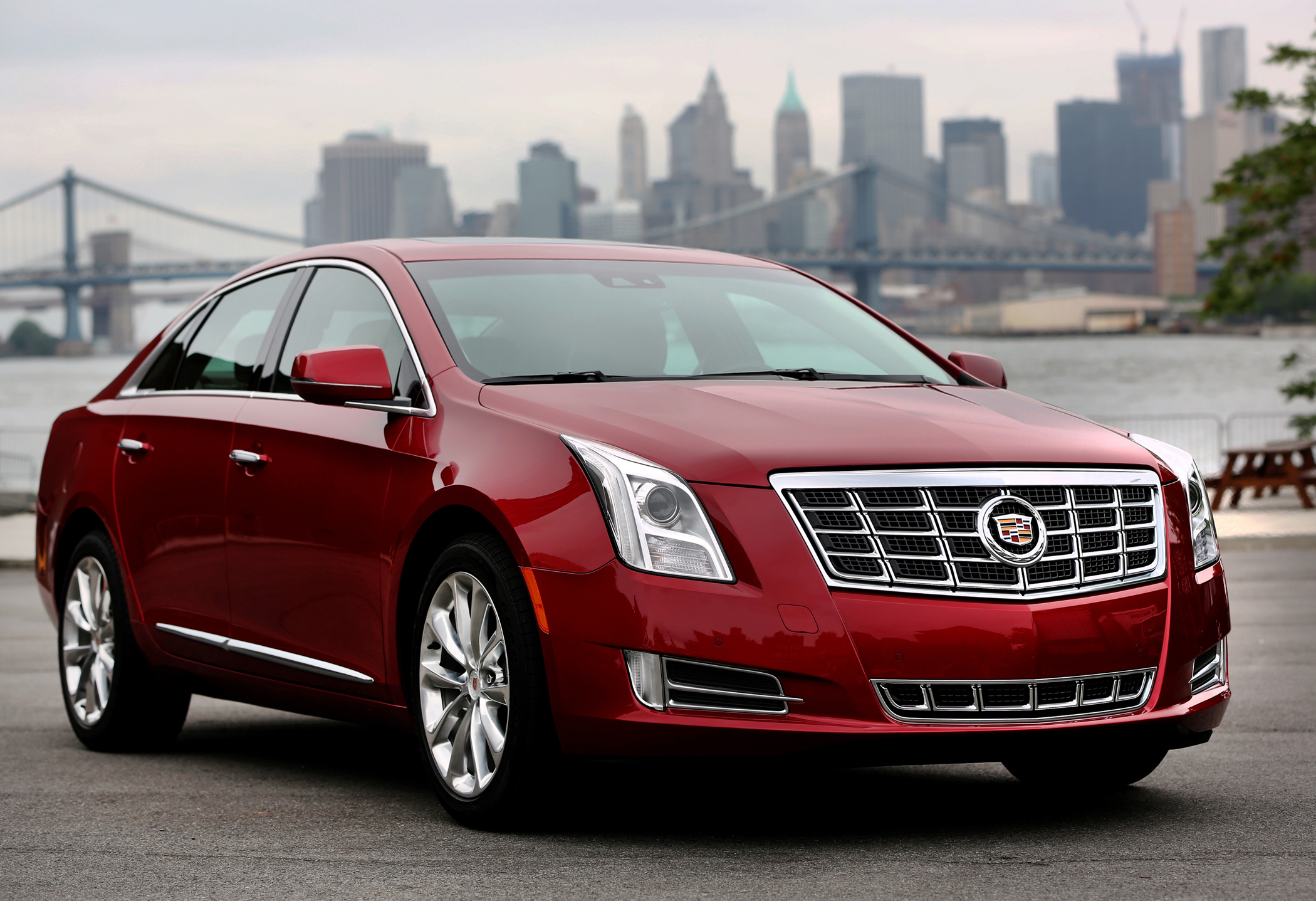 The XTS fills an important gap in the Cadillac portfolio, essentially replacing the larger DTS and the similar-sized STS. Will it be a bright spot in the Cadillac garage? Here's a hint -- it costs up to $20,000 less than the Lexus, Audi, BMW and Mercedes sedans it's competing against.

"We're already hearing from dealers who are getting inquiries from owners' of those cars," Cadillac line director Joanne Merchant told me at a preview of the new XTS. She expects buyers to be evenly divided between men and women.

The XTS is built on General Motors' Epsilon II platform, which it shares with the Buick LaCrosse. The drivetrain is a hunky direct injection 304-horsepower, 3.6-liter V-6, available in front- or all-wheel-drive.

Starting at $44,995, there are so many features on Cadillac's 2013 XTS that the vehicle comes with a free iPad so that new owners can learn about these features at their pace and leisure, configure settings the way they prefer and send the settings to the on-board computer by Bluetooth. 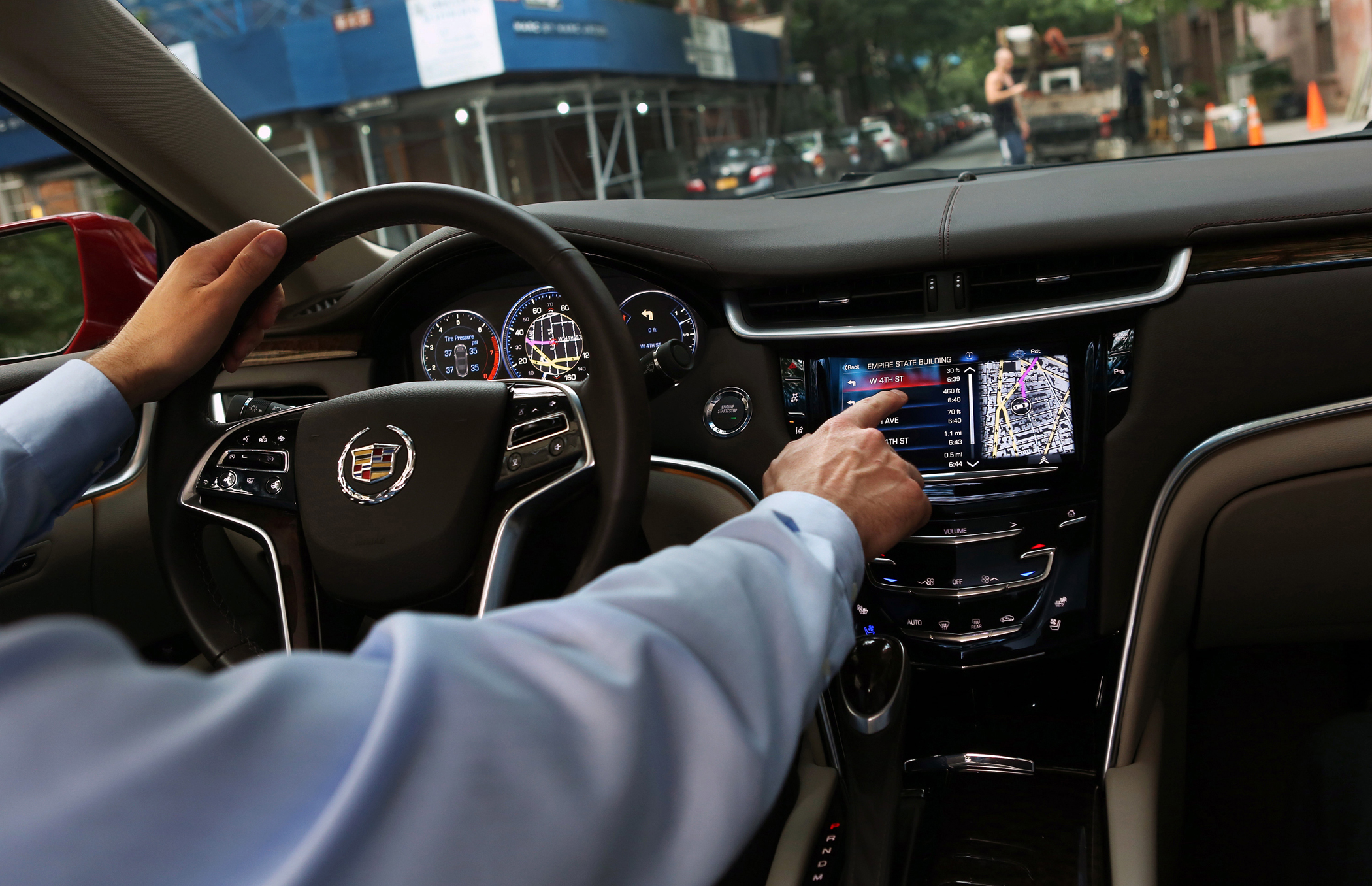 I was fascinated by the innovative driver cluster that lets the driver reconfigure the information in a personalized way. For example, I could re-create a mini-version of the navigation system map inside the circle of the speedometer, allowing me to peer through the steering wheel directly in front of my line of vision to get direction cues. I could even switch between digital and analog information. The system is called CUE -- Cadillac User Experience.

The touch-sensitive console controls are set with a tiny pulse vibration, so the driver knows it's being activated, Matt Highstron, whose title is "interaction designer," told me. One of those controls opens and closes the glovebox, another opens the panel itself to reveal climate controls.

Another new feature of the navigation system is a weather app that shows weather for your entire route, or, the driver can opt for 3D images. And the heads-up dashboard display can be moved up or down, which is a great feature for height-challenged drivers like me.

Highstron said Cadillac engineers spent thousands of hours in real-life testing, riding alongside customers, to see how we use navigation and information systems, including the things that make us crazy. Something that frustrates many drivers is that the trip system cannot be set when the car is moving. The XTS uses the airbag sensor to detect somebody in the passenger seat, and CUE lets the passenger input an address while the driver is driving.

Software engineers made screen controls feel familiar -- they scroll just like a modern smartphone. Of course, you can sync your phone and your music list, as well as dial via voice control. No shouting necessary -- there's a speaker right over the driver.

The back seat windows have sunscreens that pull up from the windowsill, plus the XTS back seat has its own USB port and climate controls. Interior treatment includes real wood burl, hand-wrapped leather, silver Cadillac wing logos decorating seatbacks and ambient lighting.

The Cadillac XTS is also loaded with safety features, including a seat that vibrates to alert the driver of potential hazards, and magnetic ride control borrowed from Cadillac's high-performance V Series.