I remember when the late actor Paul Newman made headlines for putting a 351-cubic-inch, 300-horsepower Ford engine into a 1963 Volkswagen Beetle, turning it into a super Bug. 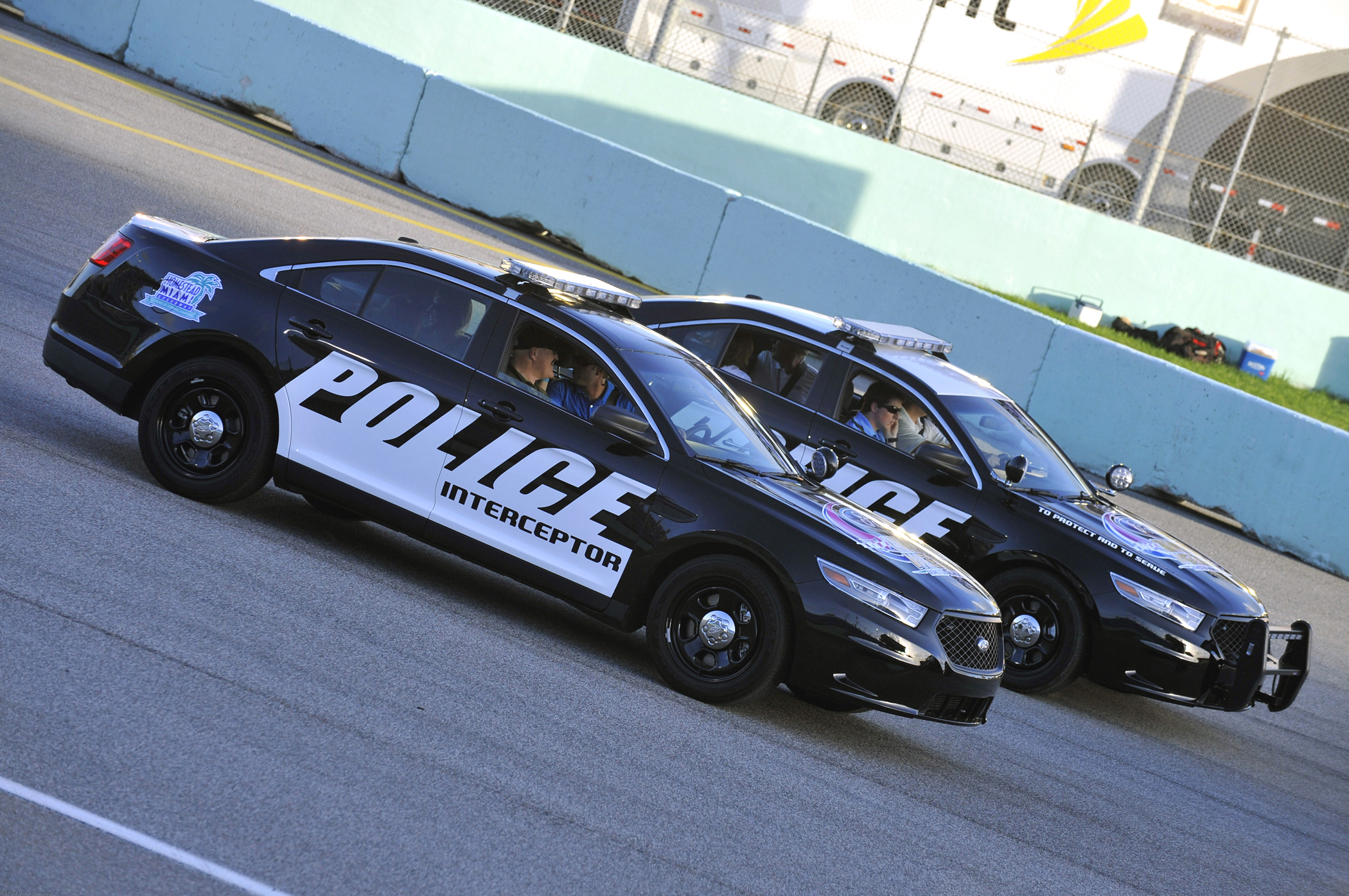 Ford isn't putting quite such a powerful engine into the new Police Interceptor sedans -- and now for the first time a sport utility vehicle -- but the automaker is outfitting Taurus-based and Explorer-based models with upgraded safety and performance features.

"Police drive all day, so why not give them sports car handling and safety," professional driver Terry Earwood told me before I got behind the wheel of these "pursuit vehicles" on the Ford test track in Dearborn, Mich.

Sports car handling includes no body lean on tight curves or turns, or on slam-dunk braking. There's nothing "soft" about these brakes.

"Brakes are always an issue in a pursuit car," said Earwood, who was a top driving instructor for the Skip Barber Racing School for more than two decades. Police Interceptors have heavy-duty 13.9-inch brakes, similar to what Ford puts on its F-250 pickup trucks -- cross-vented to keep them cool during Bullitt-style chases. 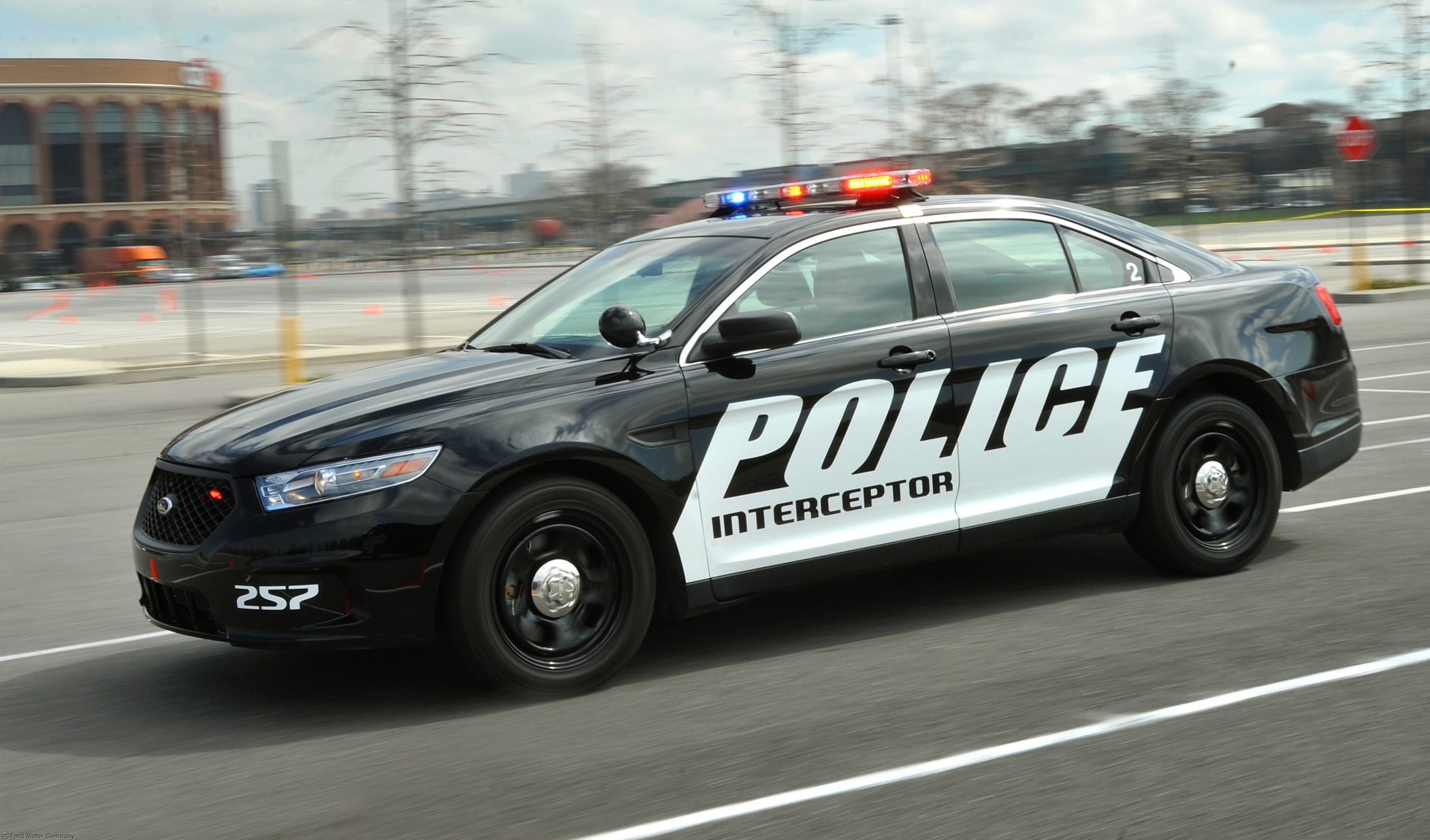 Sports car handling also includes steering that's instantly responsive: not as tight as a Mustang Shelby GT500 or a Lamborghini, but not as soft as you would expect on a full-size sedan or SUV. Earwood hinted that Ford may be tweaking the Taurus SHO performance model in the future with steering and braking features more like the Police Interceptor.

Police Interceptors are specially equipped with an old-fashioned column shift. That keeps the center console clear for the computers and other equipment police offers now use. There's no AM/FM radio, since police listen to scanners, and the top center of the dashboard is configured flat, for radar guns.

The back door hinges are modified to open 10 degrees more than traditional rear doors, to make it easier to get bad guys wearing handcuffs in and out of the Interceptor.

There's a choice of two V-6 engines for the sedan, both of which offer V-8 power with the fuel efficiency of a V-6. The base 3.5-liter delivers 288 horsepower. At an EPA certified 18 miles per gallon city and 26 mpg highway, this is 25 percent more efficient than the 4.6-liter V-8 it replaces. 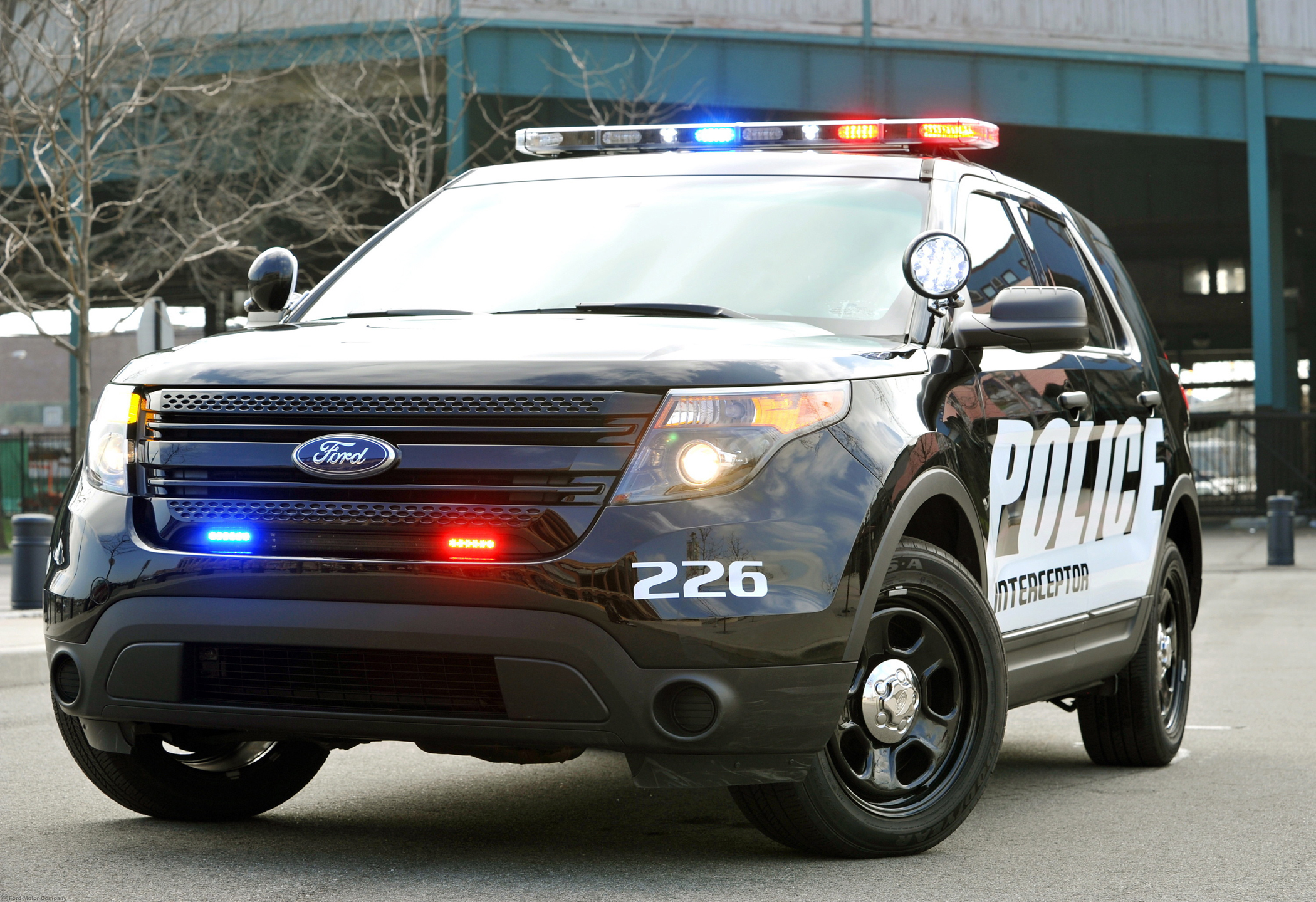 The Police Interceptor SUV is built with a 3.7-liter V-6 rated at 304 horsepower. The EPA rating of 16/22 mpg is best-in-class, topping the police version of the Chevrolet Tahoe. The Ford Police Interceptor SUV also out-accelerated the V8-powered Tahoe in the LASD tests, reaching 60 mph more than 1-second faster; 8.4 seconds compared with 9.5 seconds for the Tahoe.

All three engines are up to 32 percent more fuel efficient when idle than their predecessors. Since police vehicles idle for six hours or more in every 10-hour shift, Ford estimates this could save a 100-vehicle fleet $150,000 a year in fuel costs.

The police vehicles, which are built at Ford's Chicago Assembly Plant, also include some new high-tech safety features. The cross-traffic alert system senses oncoming traffic when an officer is backing out of a parking spot. It activates when cross-traffic is within three car widths. The blind spot monitor uses radar sensors in the rear quarter panels to detect vehicles in surrounding lanes. Both of these systems are available as options on many Ford and Lincoln models.