BMW Reinventing the Wheel with New Brand: i

BMW's newest concept car is a luscious roadster capable of accelerating from 0-to-60 mph in a blink under 5 seconds, with an electronically controlled top speed of 155 mph and 78 miles per gallon fuel economy rating. It's an electric car. 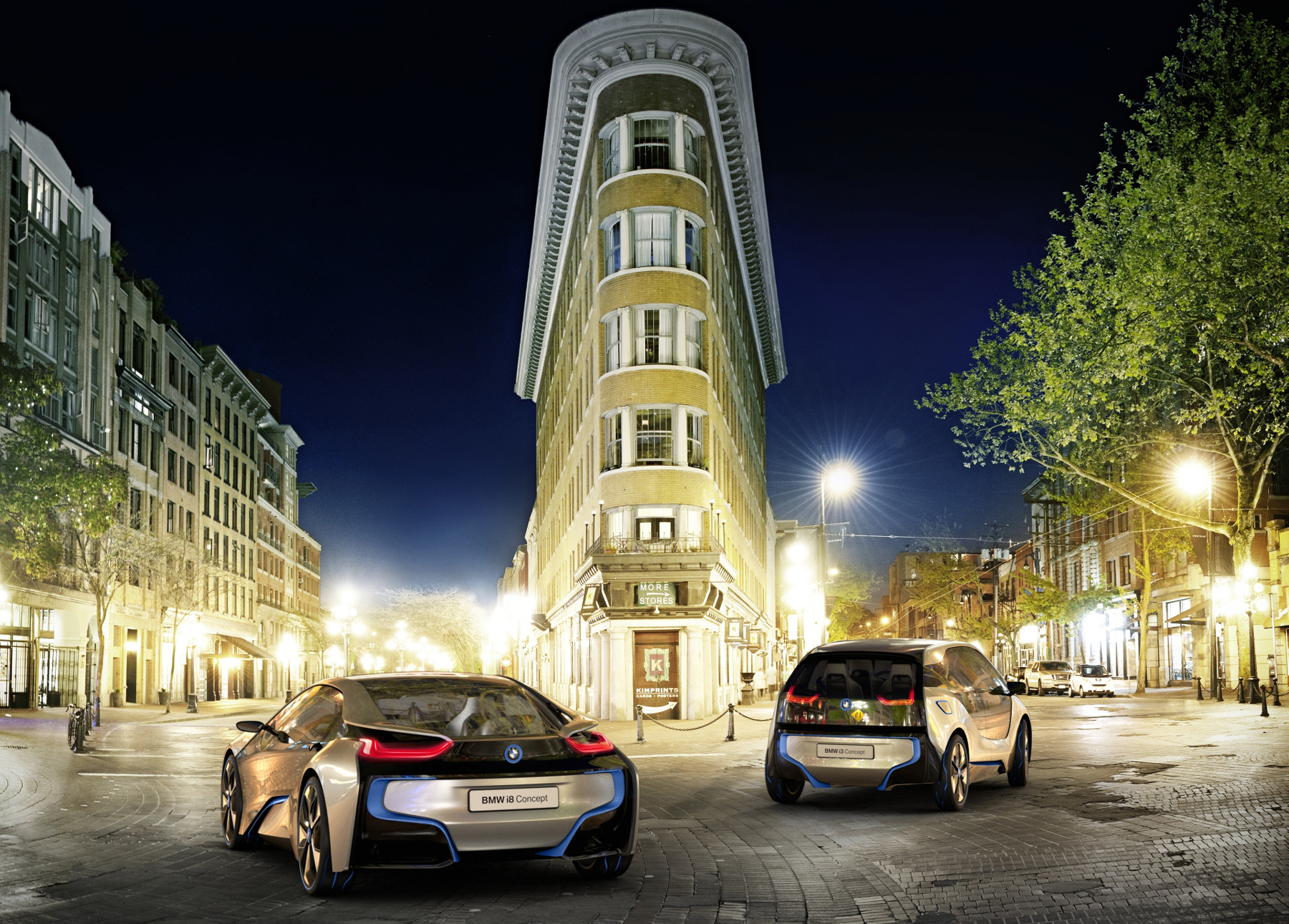 The i8 Spyder concept two-seater supercar was introduced to North American automotive press in New York City recently, where product manager Henrik Wenders told me, "We are reinventing the wheel."

BMW thinks so much of what it calls "e-mobility" that it has created a manufacturing and marketing subsidiary, known simply by the lower-case letter "i" and purchased a carbon fiber manufacturer in the U.S. to make lightweight and high-strength body parts.

The i8 Spyder, like its four-passenger sedan-version i8 and the compact sized four-passenger i3, all have carbon fiber bodies. Wenders said it's 50 percent lighter than steel, saving more than 600 pounds in the Spyder, which is offset by the heavier hybrid-electric system.

Carbon is also stronger than steel, so it allowed engineers and designers to create a small car with no C-pillar support between the front and rear doors on the i3 Megacity. And the doors open clam-shell style, giving the car a larger feel. The i8 models feature so-called scissor doors, which swing up gracefully. 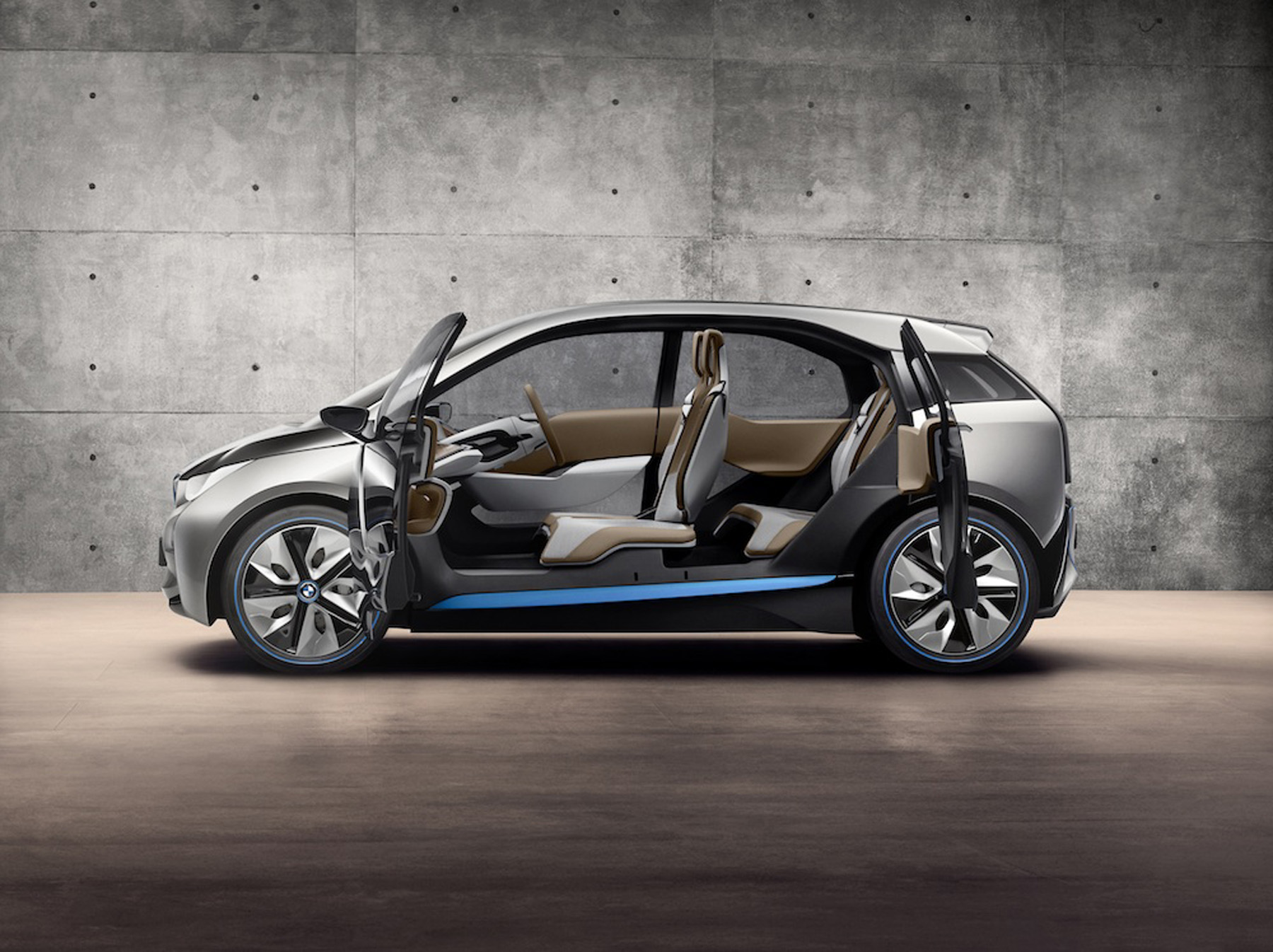 These also are the first production model vehicles purpose-built with carbon bodies, so BMW engineers could create the 50-50 weight balance that is the DNA of BMW's sport performance handling.

The i3 is scheduled to come to market in 2013, and the i8 in 2014. No prices have been set yet, but another BMW executive smiled and nodded ever so slightly when I asked if the Spyder would cost more than $100,000.

BMW also is working with city planners around the world to prepare urban environments for electric cars.

"We can't just build and provide cars anymore," said Joachim Hauser, director of BMW mobility services, adding, "We have to be 360 degrees and 24/7," such as charge-enabled roadside assistance launched recently in Germany. 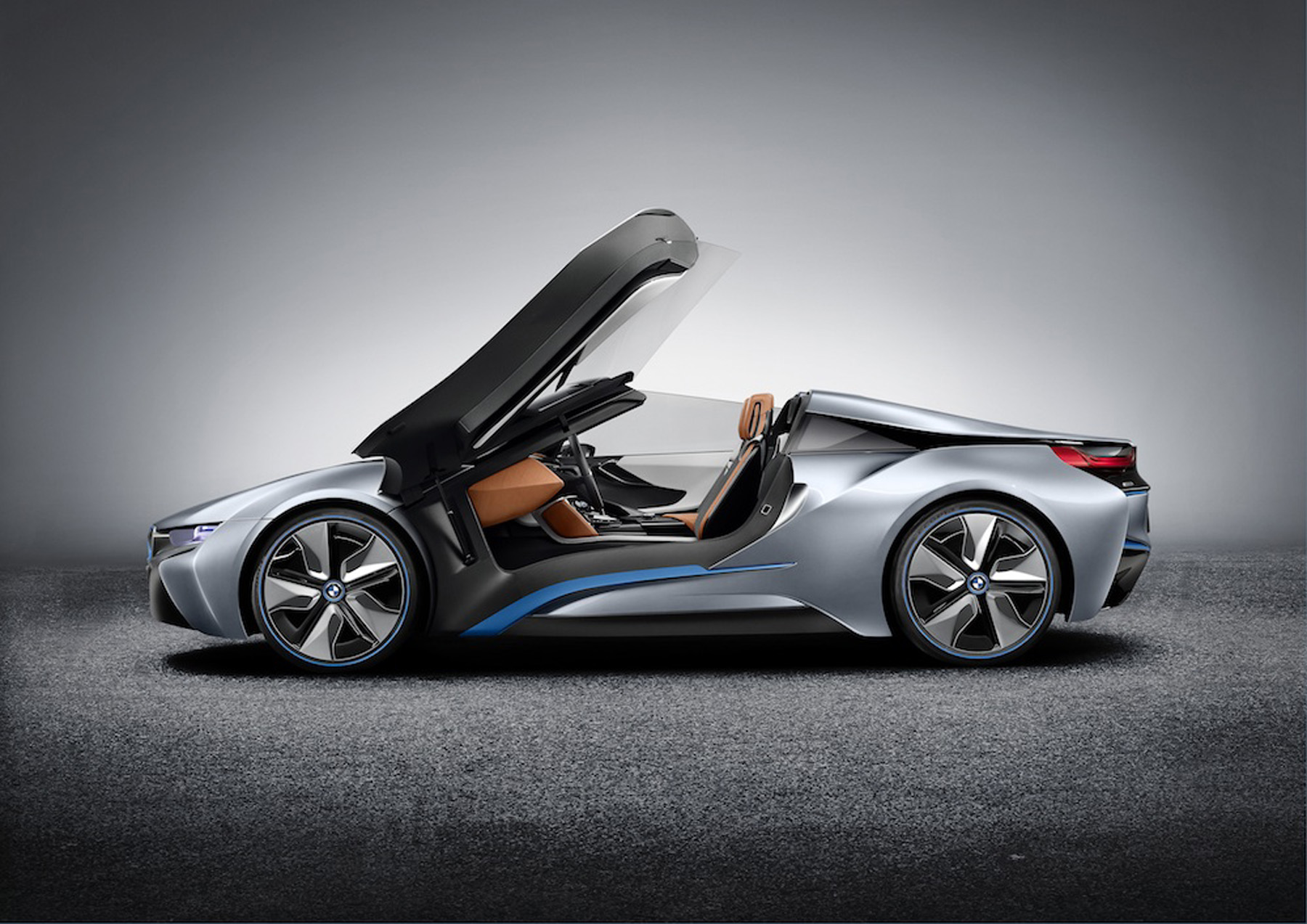 Mercedes-Benz parent Daimler, which manufactures the Smart, launched its car-sharing program, car2go, more than two years ago. In San Diego, the fleet is exclusively electric, and there are dedicated parking spots with charging stations for users. There also are eSmart cars available in the 10 other car2go cities in the North American and Europe.