Diesel car sales grew by 25 percent in 2012. The combination of producing better fuel economy and near-zero particulate emissions are helping diesel sales. The arrival of 15 new diesel models to North America this year is sure to boost growth.

While all three U.S. automakers have made diesel trucks for years, they've left the passenger car business to the imports. Until now.

Leading the pack is the 2014 Chevrolet Cruze, a 2.0L turbo-diesel version of its best-selling sedan, the Cruze. General Motors sold more than half a million diesel-powered cars across Europe, Asia, Africa and South America in 2012, including 33,000 Cruzes. The introduction of a diesel Cruze is expected to fuel overall diesel car sales in the U.S. It goes on sale this summer starting at $25,695.

Based on GM testing, the 148-horsepower Cruze Clean Turbo Diesel offers best-in-segment range and 42 mpg on the highway, along with spirited performance and the durability prized by diesel owners around the globe.

GM claims the 2014 Chevrolet Cruze turbo-diesel launches from 0-to-60 mph in 8.6 seconds, which is better than the Volkswagen Jetta TDI and competitive with other German diesels that dominate the U.S. market. The diesel Cruze has the added bonus of being manufactured in Lordstown, Ohio. Chrysler also is bringing a diesel Grand Cherokee to market, with the 2014 model. 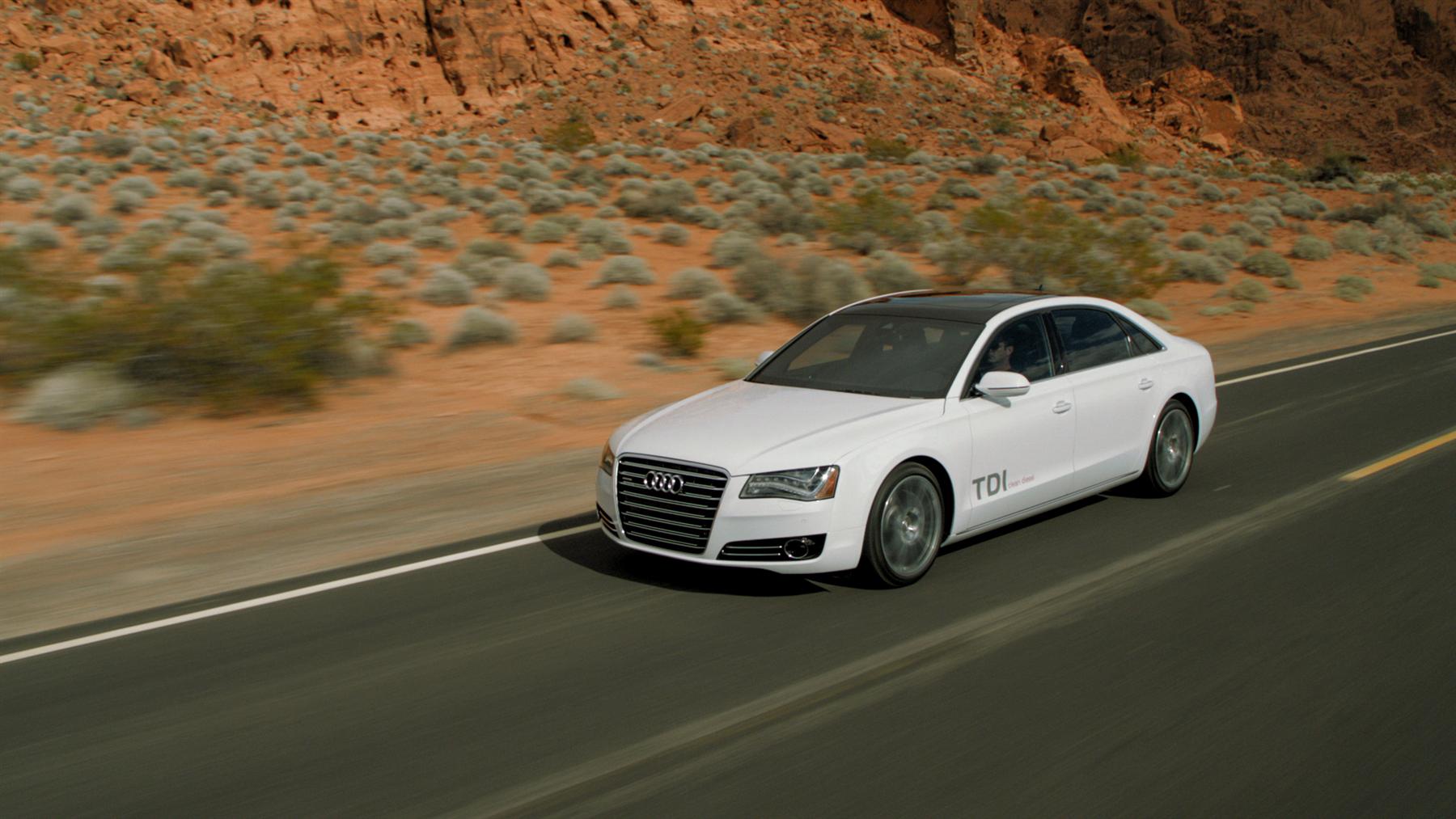 Audi announced in November it would be adding four new diesels to the U.S. market in 2013 -- the A7 and A8 premium luxury coupe and sedan, and the A6 sedan and Q5 compact SUV. The decision is partly due to the popularity of Audi diesels now available in North America, where 55 percent of A3 sedan and sportwagon sales and more than one-third of Q7 SUV sales were the diesel models.

Diesels are more fuel efficient and less polluting than same-size traditional gas engines, so even when diesel fuel costs more than regular or premium gasoline, you are paying less per mile, and polluting less to boot.

Diesel also is a way of reducing dependence on foreign oil, and the new clean diesel technology is a way to reduce air pollution. Audi U.S. President Scott Keogh told me recently that in the last two years, U.S. diesel drivers have saved nearly 4.6 million gallons of gas. That's $26 million that didn't go to buy foreign crude, since the U.S. produces enough homegrown diesel to be a diesel exporter.

In addition to the popular Jetta TDI clean diesel, VW also offers a diesel Passat in North America. Several Mercedes-Benz sedans and SUVs, and the Porsche Cayenne also are available in diesel versions in North America.

Diesel engines have long been known for their fuel efficiency and power. Due to a higher compression rate in the engine cylinders and greater density of energy in diesel fuel itself, diesel engines produce more power per gallon than gasoline-powered engines, which means more oomph when you're passing on the highway, or even trying to merge onto it.

Clean diesel technology was introduced a decade ago by Audi, VW, Mercedes, BMW and Porsche under various marketing brands, including BlueTEC and TDI. No matter how it's branded, the newest diesels are miles away from the smelly, noisy cranky, black fume producing, hard to start versions of yesteryear.