World is a Stage for the Superpowers of Luxury

The world superpowers of six-figure-priced luxury automobiles are at full-throttle in making cars most of us only dream about. Rolls-Royce, Bentley, Porsche and Maserati have all introduced entirely new or refreshed models.

Manufacturer photo: The Rolls-Royce Wraith is the most powerful model in company history, with a 624-horsepower V-12 engine

The Rolls-Royce Wraith is the most powerful model in company history, with a 624-horsepower V-12 engine that can launch this coupe from 0-to-60 mph in a racetrack worthy 4.4 seconds. If you are counting, that's 3/10ths of a second faster than the Rolls-Royce Ghost.

Rolls-Royce calls its onboard navigation and entertainment system a "contemporary on-board valet" to assist in finding the owner's destination or favorite music. The center console controller also features a small touchpad, similar to the one introduced by Audi in the A8, to "write" commands to the valet, instead of scrolling through choices on the rotary dial.

Other high-tech features include heads-up display, adaptive headlights and voice activation via a handy button on the steering wheel. And the Wraith features Rolls-Royce's classic, signature clamshell, or coach, doors. All this luxury, performance and technology will set the buyer back around $300,000.

Bentley claims its refreshed Flying Spur to be the fastest, most powerful four-door ever, packed with a 616-hp twin-turbocharged W-12 engine coupled with an eight-speed ZF transmission that propels it from 0-to-60 in 4.3 seconds. That's a blink faster than the more powerful Wraith, and it automatically lowers itself at 200 mph via the air suspension system for a more aerodynamic profile. 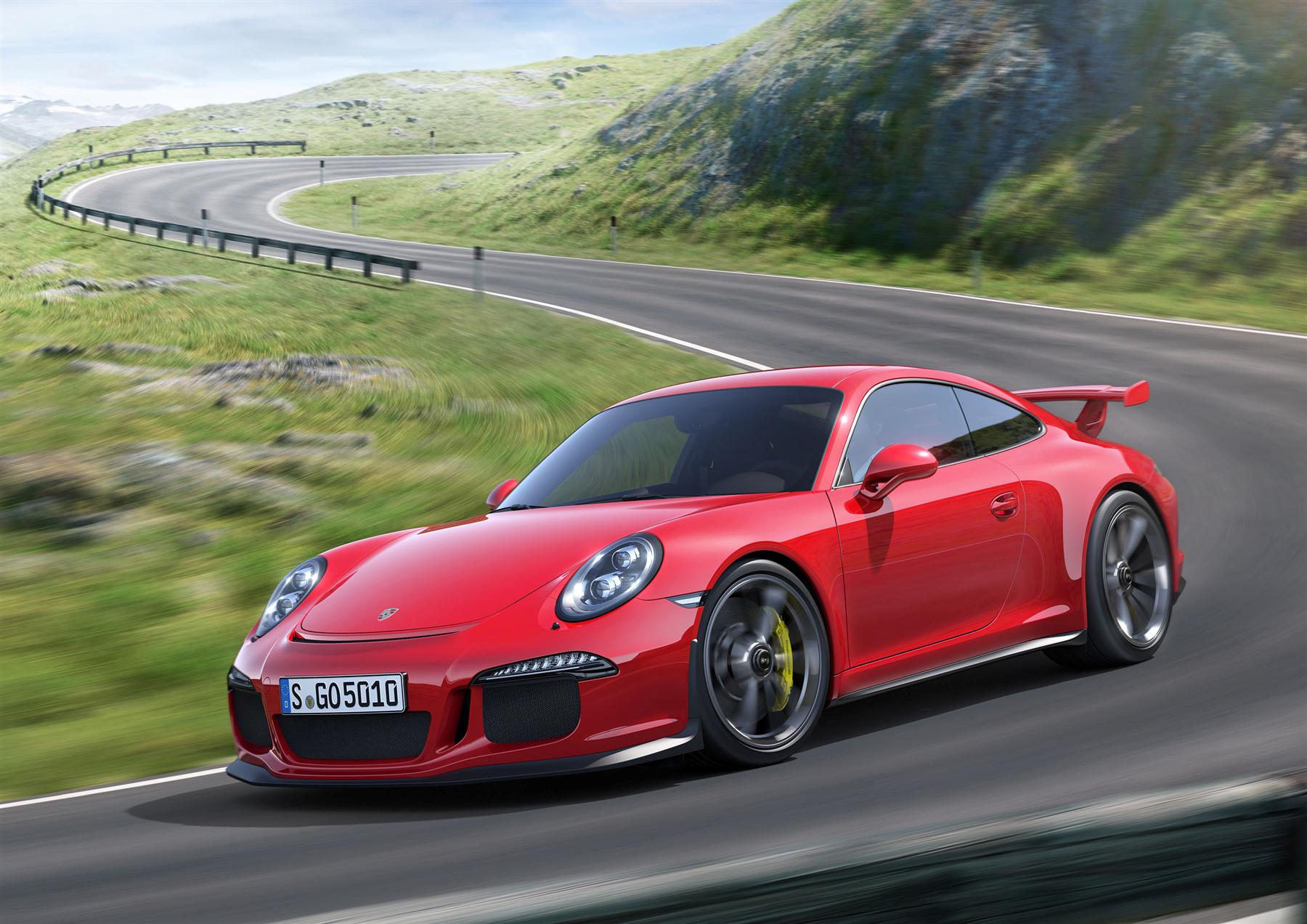 The new Flying Spur is all-wheel drive with new LED daytime running lights. It's a Wi-Fi hotspot, too. Bentley hasn't released cost, but as that old saying goes, if you have to ask, you can't afford it.

The new sixth-generation Maserati Quattroporte also features an eight-speed ZF automatic transmission for its 530-hp, 3.8-liter, V-8 Biturbo powerplant. Maserati has announced plans to launch five new models by 2016, including a turbodiesel -- a first for Maserati -- and a Gran Sport designed to compete with the Porsche 911.

Maserati is part of the Fiat family, which also includes Chrysler, and there plans for a Maserati SUV to be built on the Jeep Grand Cherokee platform. This model would compete would the Porsche Cayenne.

Like its predecessors, the all-new fifth-generation Porsche 911 GT3 was born on the racetrack. With an impressive lap time on the Nurburgring of under 7:30 minutes, the 2014 model has a new engine, transmission, body and chassis. The car now sprints from 0-to-60 mph in racetrack worthy 3.3 seconds, and has a top track speed of 195 mph. It also displays its racing heritage via Porsche designed titanium connecting rods and forged pistons for the engine, which is based on the same engine as the Carrera S.

The GT3 is a six-cylinder, 3.8-liter, 475-hp boxer engine that redlines at 9,000 rpm, mated to a specially developed dual-clutch transmission that drives the rear wheels and offers shorter gear ratios for faster shifting. The shift paddles also have been tweaked for more of a racing feel. New in this model is the first active rear-wheel steering in a production Porsche. The new 911 GT3 goes on sale later this year at $130,400.

And let's not leave out the iconic supercar from Detroit, the new seventh-generation 2014 Chevrolet Corvette Stingray coupe and convertible. The all-new Stingray features a super-sized 6.2-liter V-8 packed with 450-hp mated to a seven-speed manual transmission.

Fuel economy ratings are miles ahead of all these super cars -- GM claims an improvement over the current model's EPA rating of 26 mpg combined. New features include ability to raise and lower the soft top remotely, via the key fob, and a deep red color called Adrenalin Red.