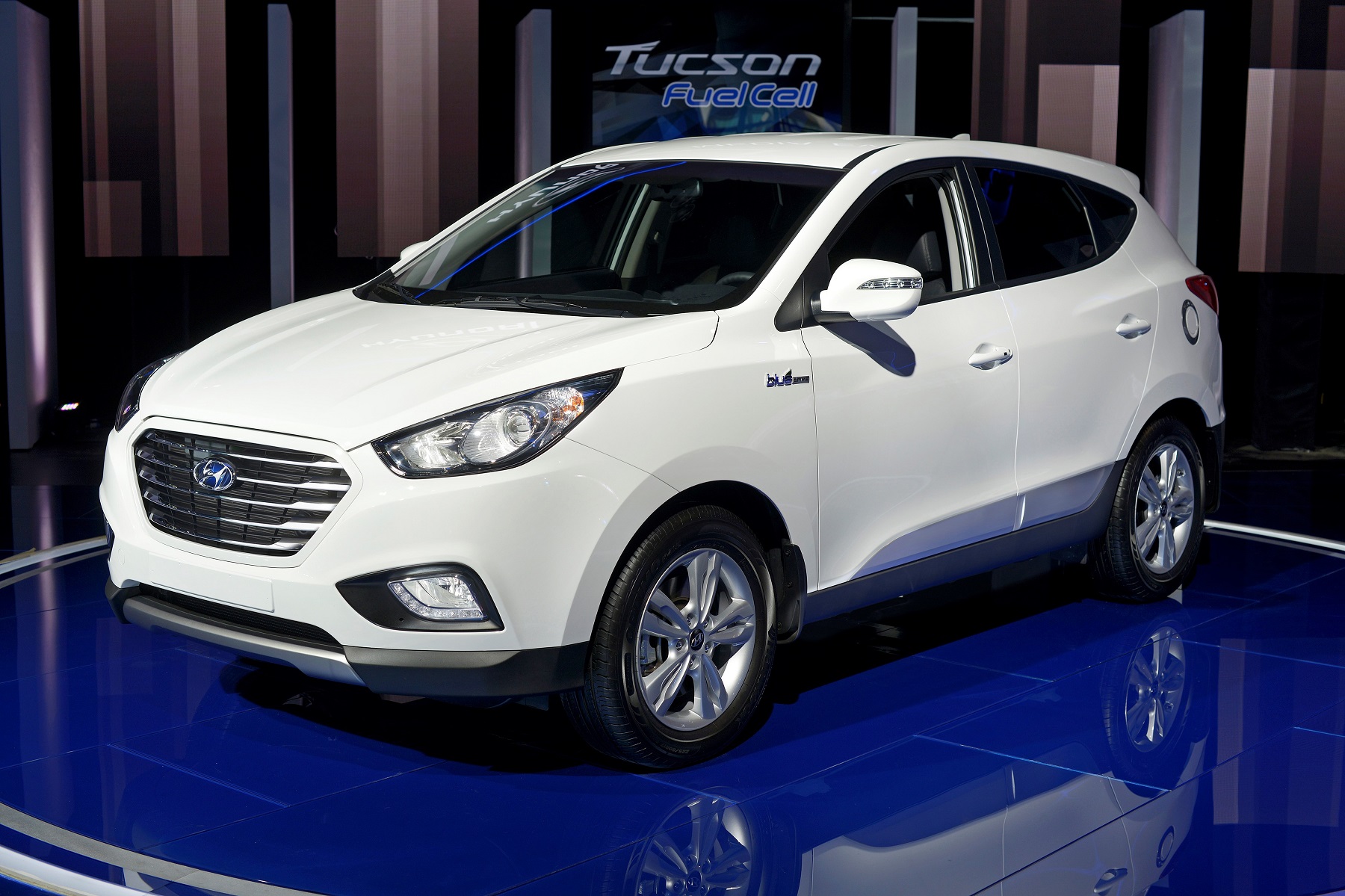 "Fuel cell vehicles are the next generation of electric cars," a Hyundai executive told me at the recent Los Angeles Auto Show, where a trio of hydrogen passenger cars was introduced, one each from Hyundai, Honda and Toyota.

Hyundai's fuel cell 2014 Tucson will be leased to consumers starting in the spring (initially in California) for $499 a month and the incentive of unlimited free refueling. Honda's FCEV is due to launch in the U.S. and Japan in 2015. Toyota's fuel cell concept will be available first in Japan by 2015.

Despite the announcement of these new models, hydrogen fuel cell vehicles have been around for a decade. In 2009, I participated in a demonstration drive between New York City and Washington, D.C. of a few fuel cell cars, including the Hyundai Tucson, Chevy Equinox and the Honda Clarity. And in 2012, I test drove the Mercedes-Benz F-Cell B-Class, which had just completed a round-the-world demonstration drive.

Also, BMW began testing a hydrogen-powered race car concept in 2005, and by 2008 a 7 Series hydrogen vehicle had already clocked close to three million test miles, including some driven by auto enthusiast Jay Leno. The award-winning Honda FCX Clarity fuel cell sedan has been available to consumers for leasing since 2007. 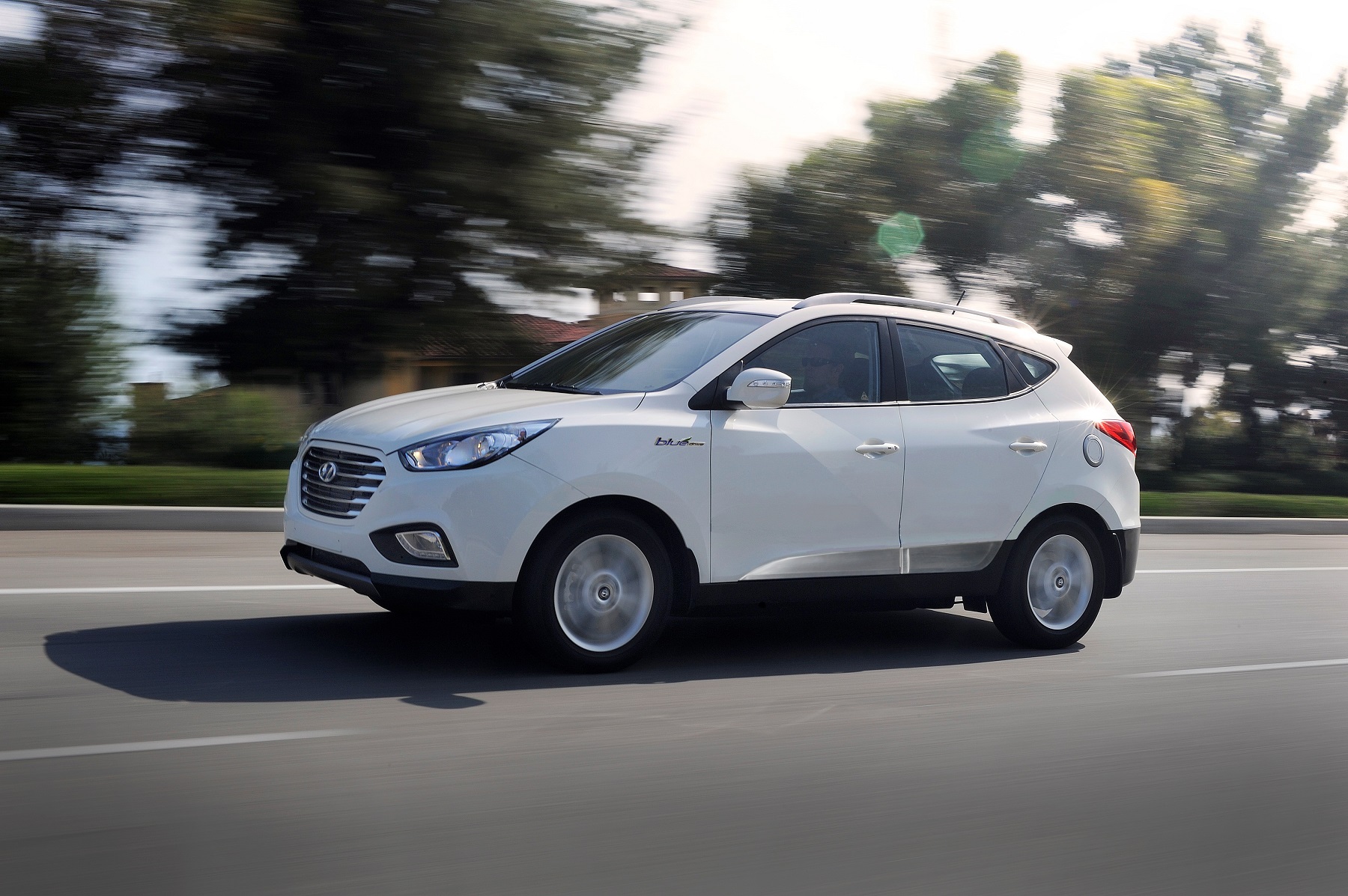 The wonder of fuel cells is that they create electric power from hydrogen, and the only thing that comes out of the tailpipe is water vapor. That's the carrot. Unfortunately, there are some giant sticks. One is that fuel cells are expensive to produce -- more expensive even than producing lithium-ion batteries for electric cars. The hope is costs will come down -- as they did for EV batteries -- with the economies of scale that come from increased production.

The other hurdle is that fuel cell refueling stations are few and far between. That means so-called "range anxiety" is even greater for hydrogen-powered family cars like the Clarity and Tucson. it's also the reason why fuel cell vehicles are only used mostly by corporate fleets with the ability to refuel on corporate campuses.

The hope is that as more hydrogen fuel cell models come onto market, there may be municipalities or even fuel station operators to add refueling capability. California already has announced a program to build 100 such outlets.

There are advantages to fuel cell vehicles. They can travel up to 300 miles on a full tank, similar to conventional gas-powered vehicles and extended-range hybrids like the Chevy Volt, and triple the distance of a pure EV like the Nissan Leaf or Tesla S. You can refuel a fuel cell vehicle in 10 minutes or less, which is longer than it takes to refuel a conventional gas or diesel vehicle, but considerably less than an EV. 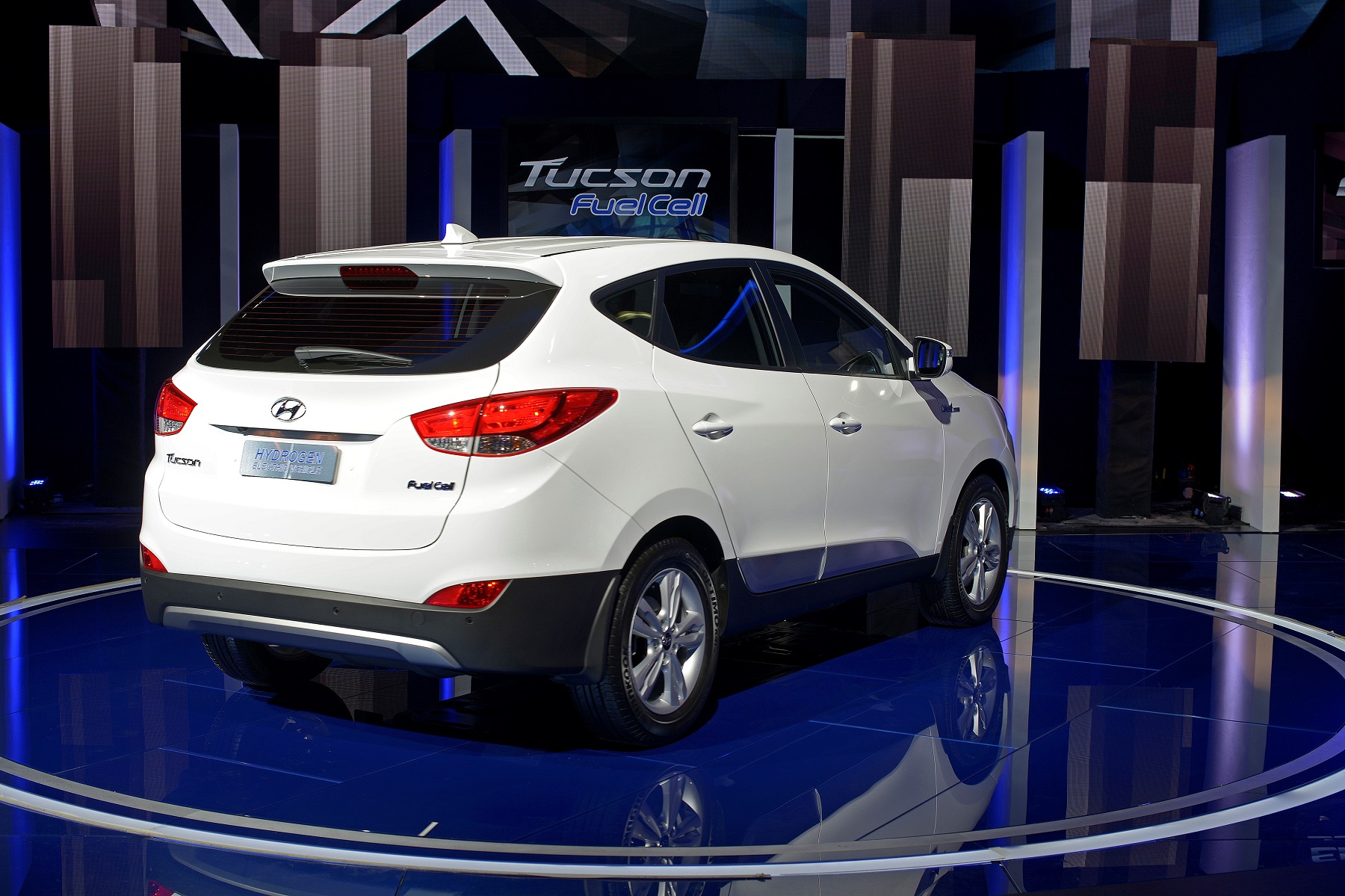 An advantage of electric vehicles is that you can recharge them at home. Just plug your Volt, Nissan Leaf or Ford C-Max or Fusion into the outlet when you get home from work, and it's fully charged in the morning. This is not possible with hydrogen, or gas, diesel or CNG vehicles.

There's no one-size-fits-all powerplant. So it's a good thing manufacturers taking what one executive described to me as the "portfolio approach." The portfolio includes gas, hybrid, electric, CNG, diesel, and hydrogen.